Since 2015, the Busan Indie Connect (BIC) Festival has been held annually in Busan, Korea. The event showcases hundreds of indie games from around the world, which brings me to a 2020 rookie division finalist by LIMITED: TheDawn (여명).

In the year 2031, AI further advanced for the sake of enriching lives, but this in turn causes unemployment. People get mad and revolt, and governments start wars in a desperate attempt to halt the economic crisis. In the process, however, a sentient super AI emerged - dominating the world and experimenting with humanity to develop super weapons.

Among the human weapons is Maya, who has the ability to control time. She and her friend, Max, rebelled against the AI - only for Max to get killed. Despite their failure, Maya does not give up. Together with her late but digitized companion, she ventures forth to stop the AI threat once and for all.

How topical, albeit lacking in detail on how AI helped society and how the wars would stimulate the economy (in the English translation, at least). 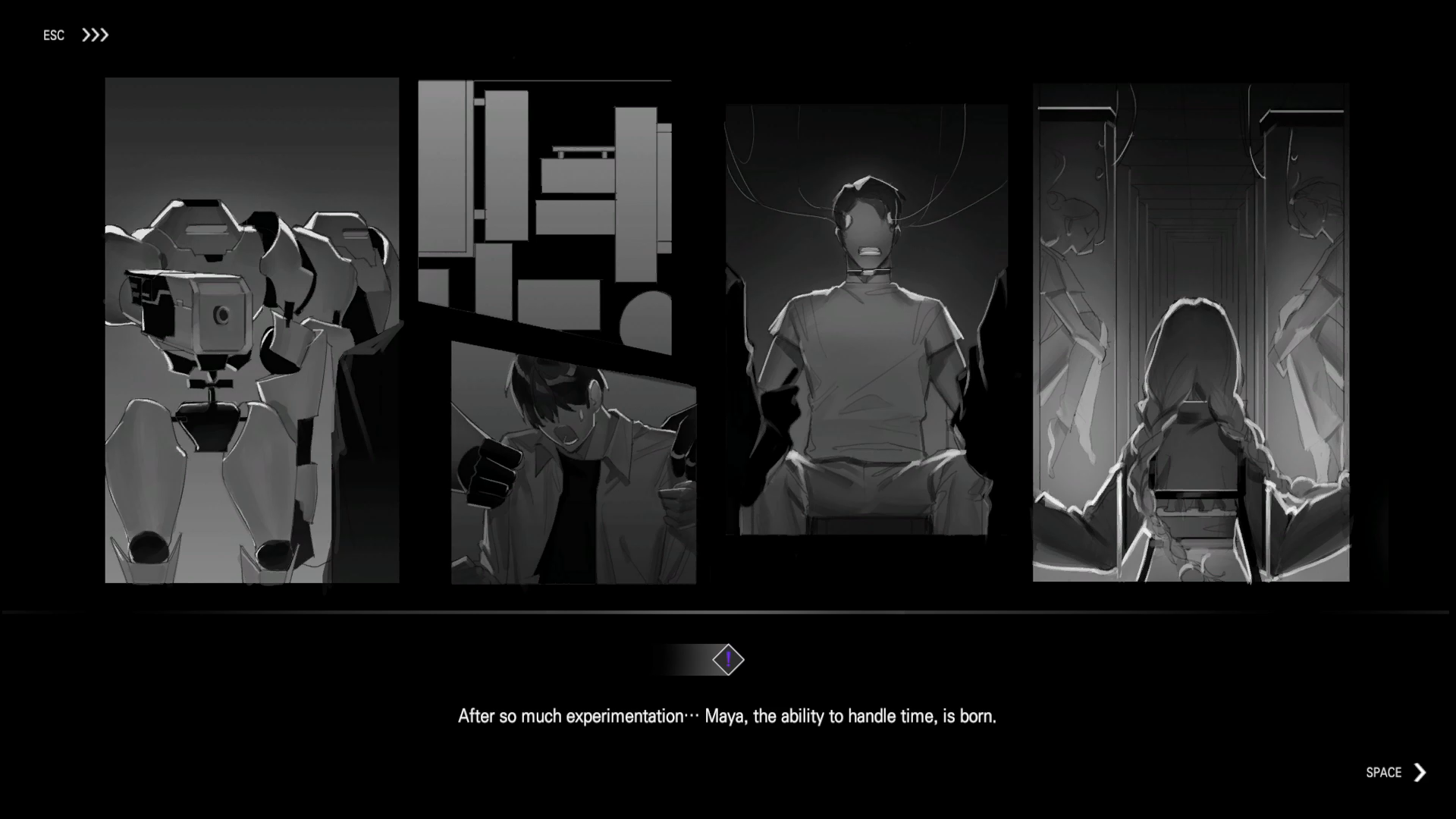 At its core, the gameplay is that of a 3rd person shooter. As you might expect, there are a few twists. First is your gun. It acts like a shotgun when you hip-fire - complete with bullets spreading out in a cone. On the flipside, aiming down sights puts the gun in "sniper mode," which turns it into a slow-firing, but accurate rifle. I mostly found myself in sniper mode since the shotgun has insanely high spread. I know the shotty's meant for close quarters, and it's good in that regard, but it doesn't feel quite as reliable as sniping out metallic heads. That could just be me, though.

Of course, you can't take on SkyNet- I mean the artificially intelligent overlords with nothing but a shot-rifle. As said before, Maya has the power to control time. Granted, she can’t freeze the entire universe in place, but her abilities - TheDawn’s standout feature - get the job done. She has five rechargeable dashes for getting out of harm’s way. Her TimeStopField summons a dome to stop enemies within. She also has TimeRecall, which sends her back to a previous location and restores both HP and stamina. Lastly, destroying enough enemies activates her ultimate - a powerful blast of energy in a large area. 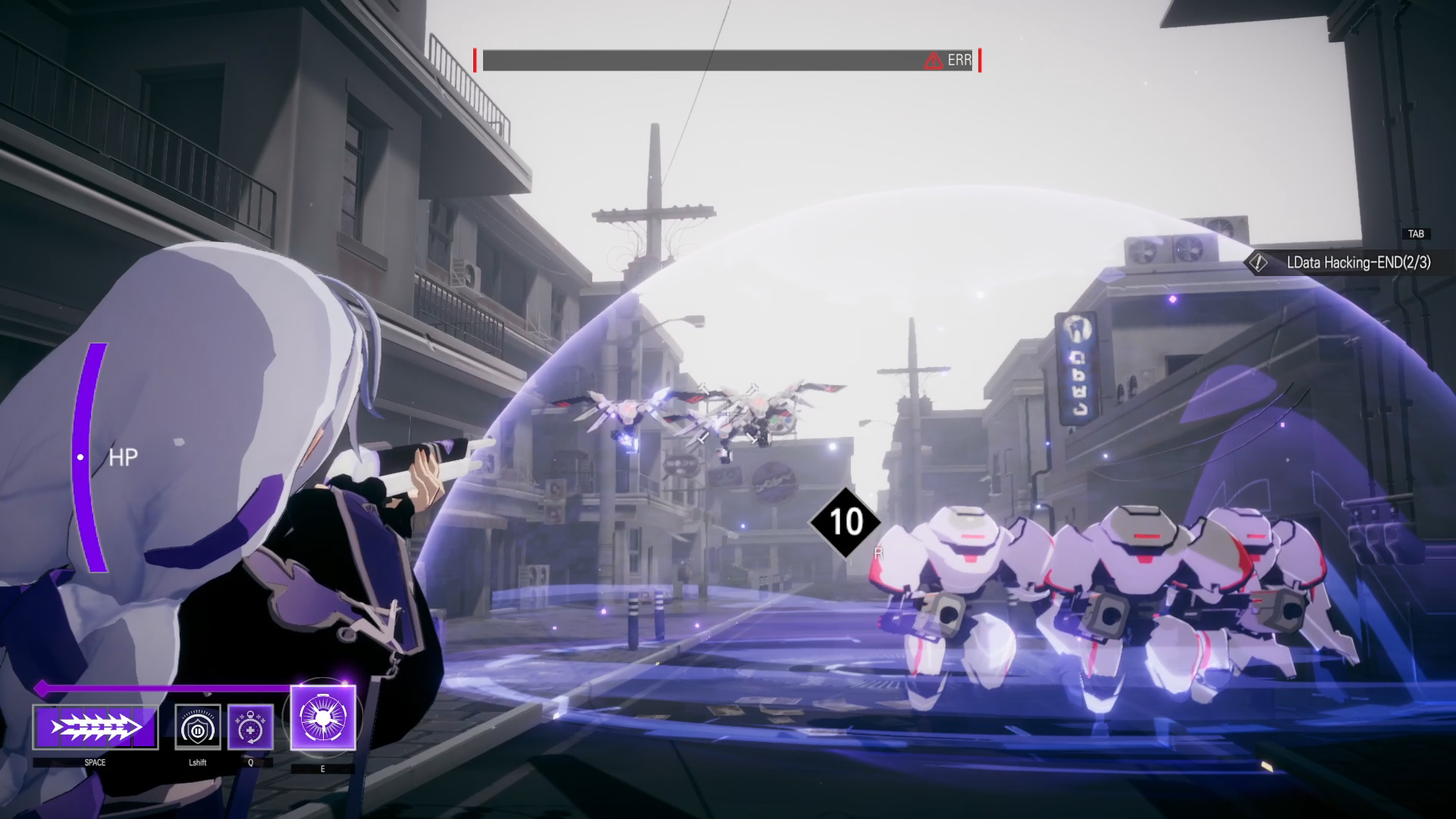 With that said, the gameplay’s fun! Movement is tight and responsive, while the combination of gunplay, dashing, and cooldown-based powers make way for high-octane action. A bit simpler than one might think, but effective nonetheless.

I was initially disappointed that projectiles slow down as they’re about to hit you, but I later realized that Maya's bullet time doesn’t make the game easy. Even with that safety net, the difficulty really ramps up as you progress. Let’s not forget that it makes sense since Maya controls time.

And I must say: it’s no wonder the game got nominated for “Excellence in Audio.” The gun sounds crisp, yet packed with punch. Headshots are especially loud and clear with their metallic tinge. While the music isn’t too memorable, it’s still catchy and further adds to the futuristic sci-fi theme. This is the power of good sound design; it just feels satisfying to blast apart robots while weaving through their attacks. 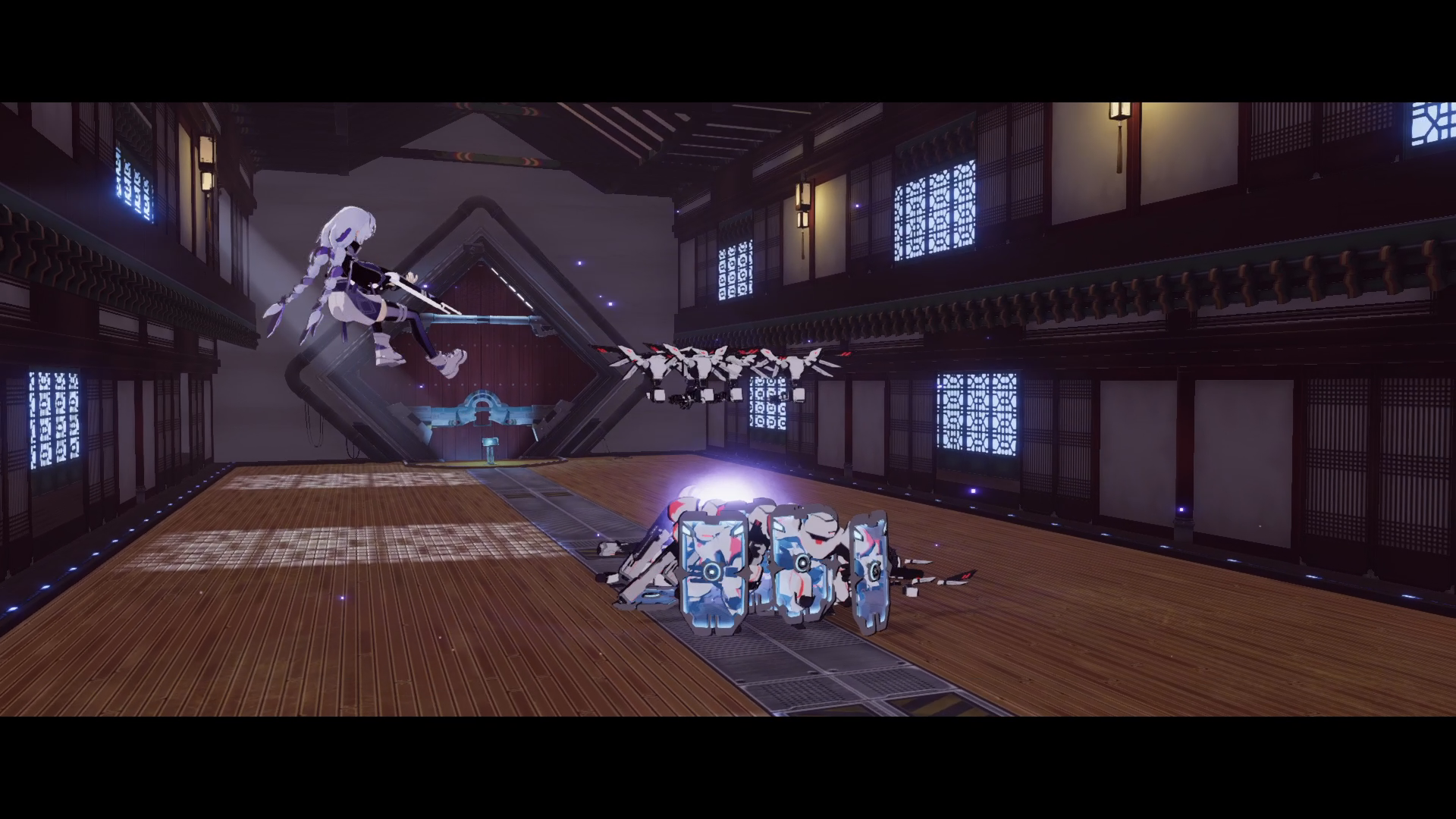 Just note that the game is short. Like, less-than-an-hour short - even as I got stuck on the final boss. Still, TheDawn provides a solid and unique experience, and it demonstrates LIMITED’s capabilities with game development. Short, but sweet - not to mention free.

- Nothing to clear the head like a good cup of tea.

PC gamer person who favors the old and obscure; plays anything that's good. Boomer wannabe of a zoomer.