Ranking of Wolfenstein Part 1 and 2: Castle and Beyond Castle Wolfenstein 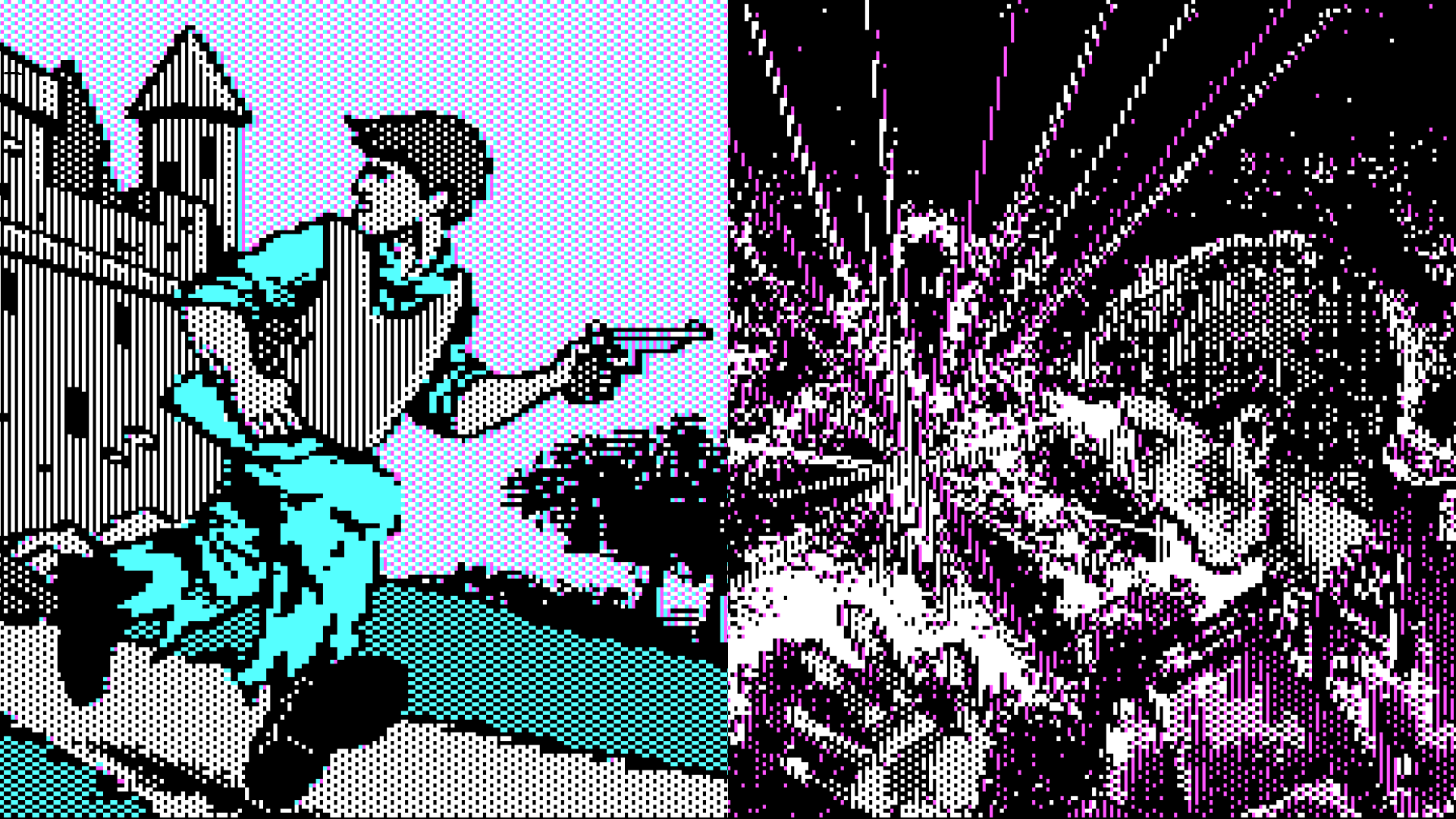 Before Call of Duty, Far Cry, and many more first-person shooters, there was Doom. And before Doom, there was Wolfenstein. The iconic FPS franchise is my latest rank, and I plan on playing every Wolfenstein release with possible exception to Wolfenstein RPG and Wolfenstein: Enemy Territory. As always, you can find the rank itself at the bottom. With all of that out of the way, let’s get these first two games out of the way.

Normally when I rank games, each game has its own blog, but these games are an exception because of my overall dislike for them and because of how different these games are compared to the rest of the games. While I think there are some neat aspects to this game, I don’t believe they define the franchise, and they aren’t like the first two Metal Gear games (another ranking of mine) where they are secretly great games living underneath the third game’s shadow. I generally try not to rank a series I have already played a few entries in, but I have enough experience with the series to know these games will almost certainly never leave the bottom two spots, which is why I’m ranking both at the same time. 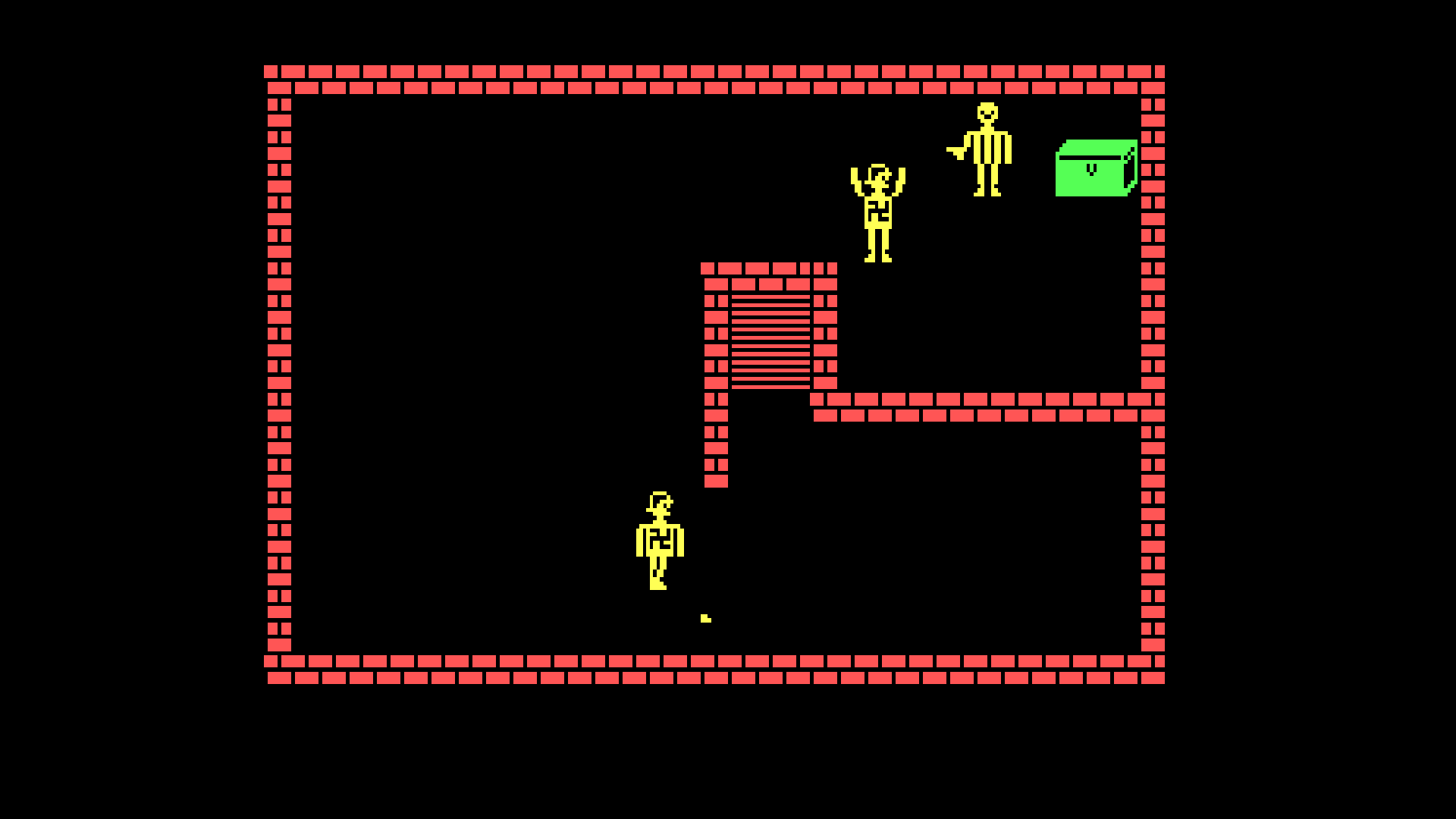 This is the true starting point for one of the longest running video game franchises.

Another point I want to talk about before getting into it is the historical importance. I understand these games are an important stepping stone for the stealth genre. There are stealth elements that even I, a person playing these games in 2021, can see are innovative for their time. While these games are innovative, their historical context will not play as a factor in my ranking. These games just aren’t enjoyable, and I don’t think they are even worth playing if you want to play through all of the Wolfenstein games. Also, innovation wouldn’t carry it far anyway considering Wolfenstein 3D is in my opinion a more innovative and important release for the industry than these two games. Castle Wolfenstein and Beyond Castle Wolfenstein are the type of games you read about in a history book (or here) but shouldn’t actually play because of how poorly their gameplay aged, and its unplayability is why these games will be at the bottom of the list by the time I reach the current games.

One of the biggest issues I had with these two games were the controls. Before the standardization of the WASD keys, these two games have a three-by-three grid of keys. The keys Q,W,E,A,D,Z,X, and C are used for moving in eight possible directions, and the S key in the middle is used to stop moving. Aiming a gun also uses a three-by-three grid of keys, with the middle key used for shooting. I think it’s interesting to see a game try out its own form of controls before it became standardized, but playing this way is abysmal, and a lot my time with the game was doing slow, choppy movements while trying to watch my hands to see if I was pressing the right keys because I felt like I was on a giant ice rink.

The first game, Castle Wolfenstein, has a simple objective: escape. There are war plans to pick up, but they aren’t necessary for completing the game. It’s a simple objective, but quite tough to execute. Part of this is due to how barebones and unidentifiable the rooms are, but one interesting element of this game are randomized room layouts. I wouldn’t go so far as to consider this a rogue-like considering you can keep a room layout for as long as you want, but I think it’s an interesting way of adding replayability to a game I have no intention of ever playing again. On top of remembering your layout, the game also remembers the guards you shoot, making dying and respawning a lot less of a daunting process. There is an occasional enemy with a bulletproof vest that spawns and stalks you around the map, but dealing with him is easy enough. As much pain as I had with this game, having the game remember enemy kills and map layout helped a lot with making it a shorter, less frustrating experience.

So, what do you exactly do in the game? The entire game pretty much consists of dealing with enemies or opening boxes to find new tools to help deal with enemies. It sounds dull, but keep in mind this game took me about an hour to beat, so it isn’t enough time to feel repetitive. When it comes to dealing with enemies, there are actually some pretty cool mechanics around it. You can shoot them, but doing so is tough if you don’t have a perfectly lined up shot. If you can find a uniform, then guards will leave you alone, though I think the disguise works a little too well considering you don’t need to fight another enemy again once you get it (outside of bulletproof enemies). If you point a gun at an enemy, they will put their hands up and not attack, and you can even frisk them for ammo. Walls and doors can be bombed, which helped considering how infrequent keys worked for me. One part I didn’t like so much was opening boxes for these items, as each box could take up-to 250 seconds to open, but I eventually learned what boxes I wanted and didn’t want which cut down on a lot of that opening time. Some of the tools around stealth are pretty cool, but the game wasn’t long enough for me to fully appreciate or care about them. 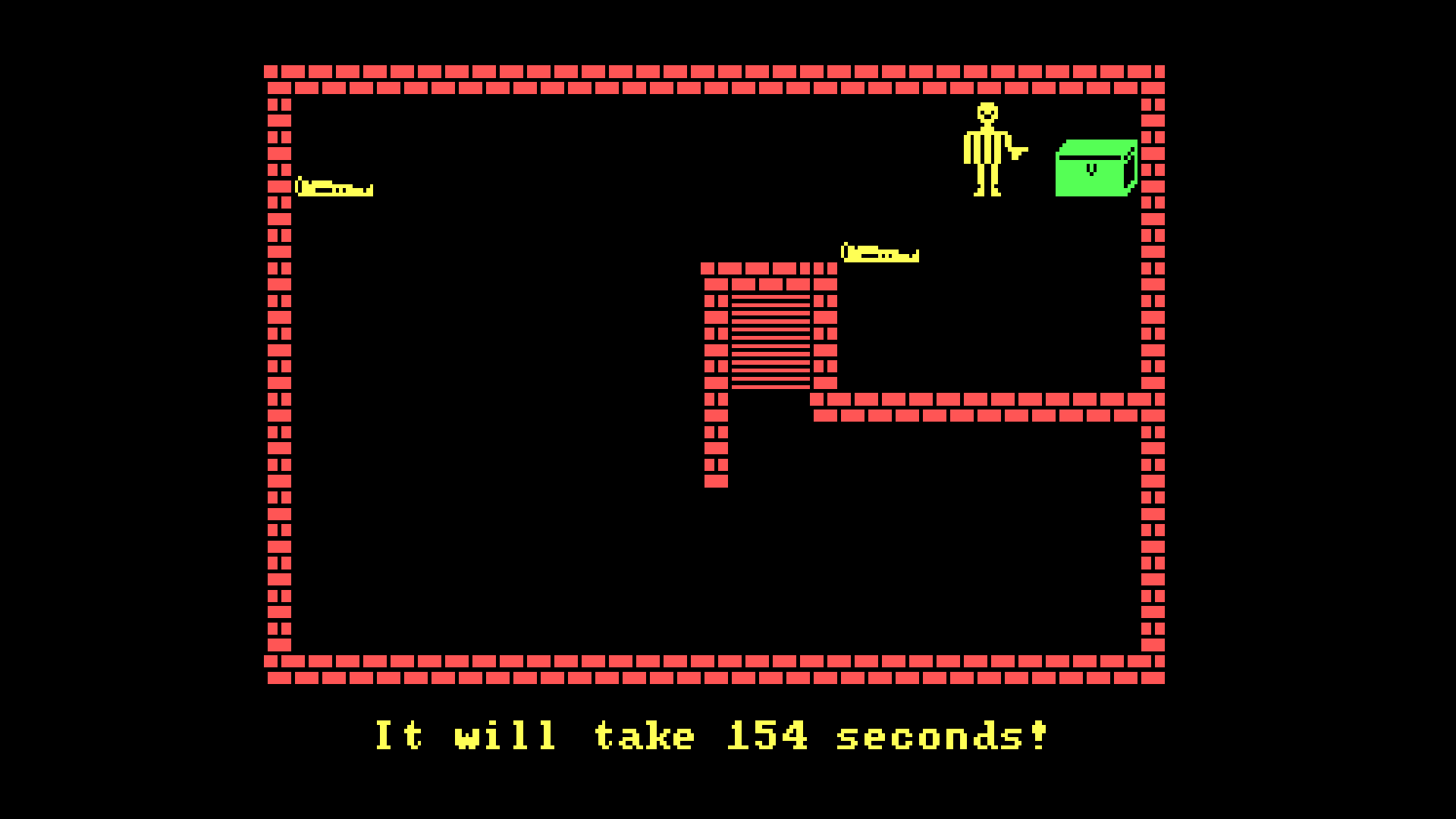 I can’t think of a game that required me to wait minutes to open a box.

The other game of this rank, Beyond Castle Wolfenstein, is largely the same game. There are some changes, improvements, and a change to colors that don’t belong like neon blues and purples, but the two games play very similarly to one another. In this game, instead of escaping, you are diving into a bunker to plant a bomb and kill Hitler, and I think having this objective gives a little more context to the environment and your actions.

While the gameplay and controls are the same, there are some improvements made to this game that are at least interesting. Instead of finding a uniform and blending in with guards, you instead are hunting down passes to present guards. There are five possible passes, three floors where different passes work on different floors, and what pass works on each floor changes upon death. If you don’t have the right pass, you can either bribe the guard with money or shoot the guard in each room, but finding the right pass is by far the best way to get past guards. Guards also respawn on death, but the pass system makes any frustrations around this null. It’s a different dynamic compared to the first game that I think better fits the spy narrative they are trying for.

The objective of this game also gives a different dynamic to the level compared to the first game. In the first game, I just wandered aimlessly until I stumbled upon the exit, but that isn’t the case Here. In this game, you have to find the bomb, plant it deep into the level, and make it back to the starting room before the timer on the bomb hits zero. It was crucial for me to remember the path I took, and the only way I managed to escape was by writing down my path on a notepad. Even if it was out of frustration and a want to get the game over with, Writing down my path to escape the facility was pretty cool, and it also feeds into this game’s spy narrative. 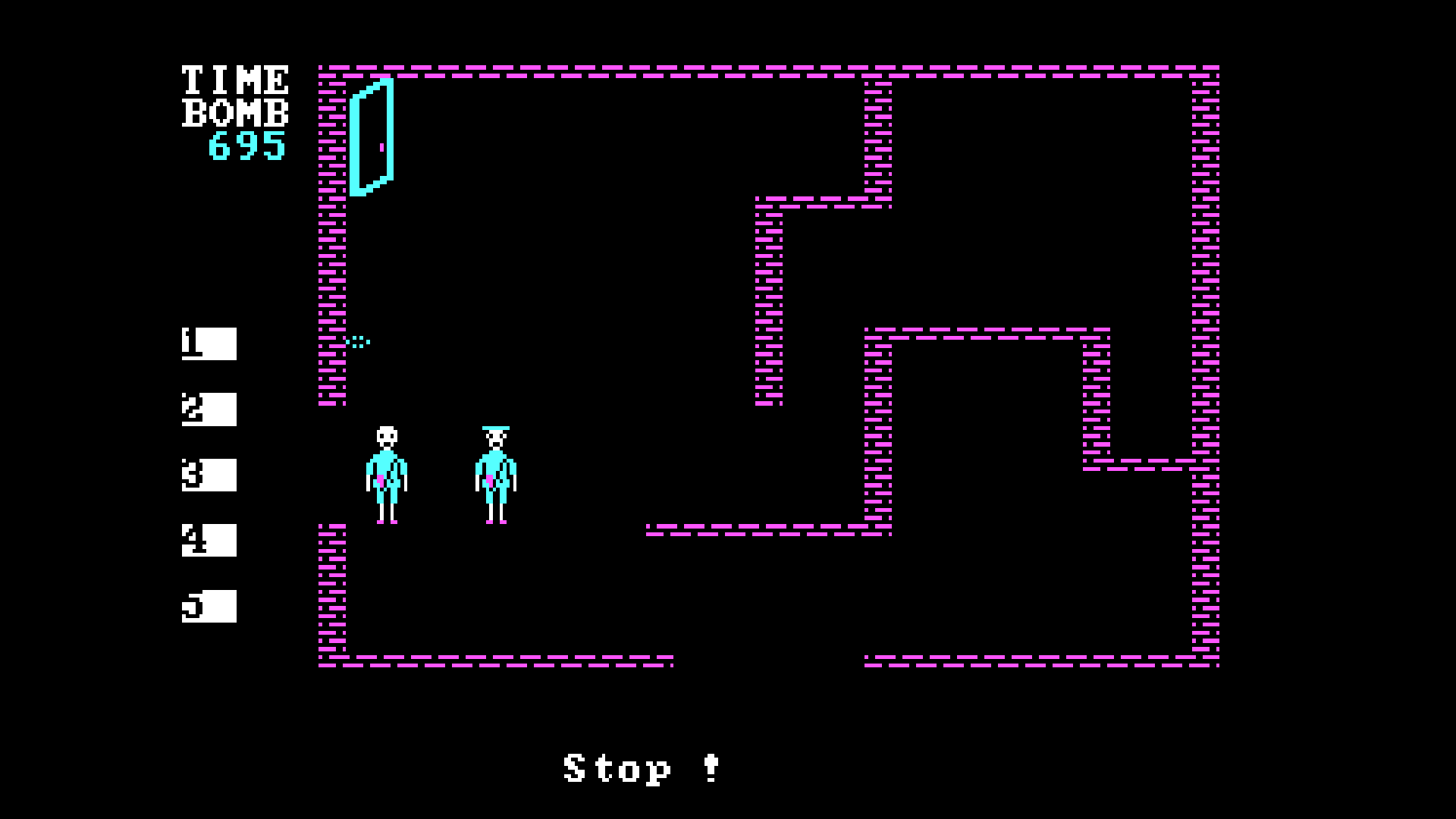 I couldn’t just wander like in the previous game, or else I would’ve died in the bomb explosion.

One last thing I thought was pretty neat with this game was unlocking locked doors. In this game, locked doors require a three digit code to unlock, and the way to figure out that code is brute-forcing the numbers and listening for a faint click on the right numbers. One of the things I love about the early Metal Gear games are its mini-games that involve decoding because it’s something I think a spy would do, so seeing something like that in a game this old is pretty cool in my mind.

In conclusion, Castle Wolfenstein and Beyond Castle Wolfenstein are games to read about in a textbook, but not worth touching. While there are some innovative stealth mechanics, and I think the overall dynamic of sneaking around guards and infiltrating bases is interesting compared to just shooting guards in the future games, these games are just not worth playing. I think they are worth appreciating at a distance, but they aren’t fun to play and ultimately don’t represent what the series is about. Since Beyond Castle Wolfenstein has some improvements and changes to the way you approach the game, I am putting it above Castle Wolfenstein in the number one spot, but these two games will almost certainly stay at the bottom of my list in the end.