There really is something to be said about the staying power of the Dead Island franchise. The series blew up in popularity during the PS3 and Xbox 360 generation, went by without much in terms of major developments for the past 5 years, and yet despite that it still has a fairly dedicated following even to this day. Even now when people have since moved onto Dying Light or claim to be sick of zombies games enitrely (Days Gone, TLOU2 and RE2/3 remake sales figures prove otherwise), there's still plenty of die-hard fans waiting patiently for more info about the long-troubled Dead Island 2. Granted, even with some behind-the-scenes teasers we still seem pretty far off from any major developments, but if Dambusters' dev blog is anything to go by we'll hopefully be able to play it at least one of these days.

It's great knowing that the project ain't dead yet, but admittedly it's disappointing that even after all this time we still don't know much beyond that, especially with the franchise's 10th year anniversary is coming up real soon. Techland's own Dying Light 2 could've easily helped fill that void, but that's seemingly entered its own development hell recently, making 2021 feel like it's gonna be yet another year of downtime for fans of both franchises. But since we're in this massive lull in between game releases and there ain't much to do right now besides kill time, I thought it now'd be a great time to jump into the series and see how Techland's foray into the zombie subgenre holds up after all these years. 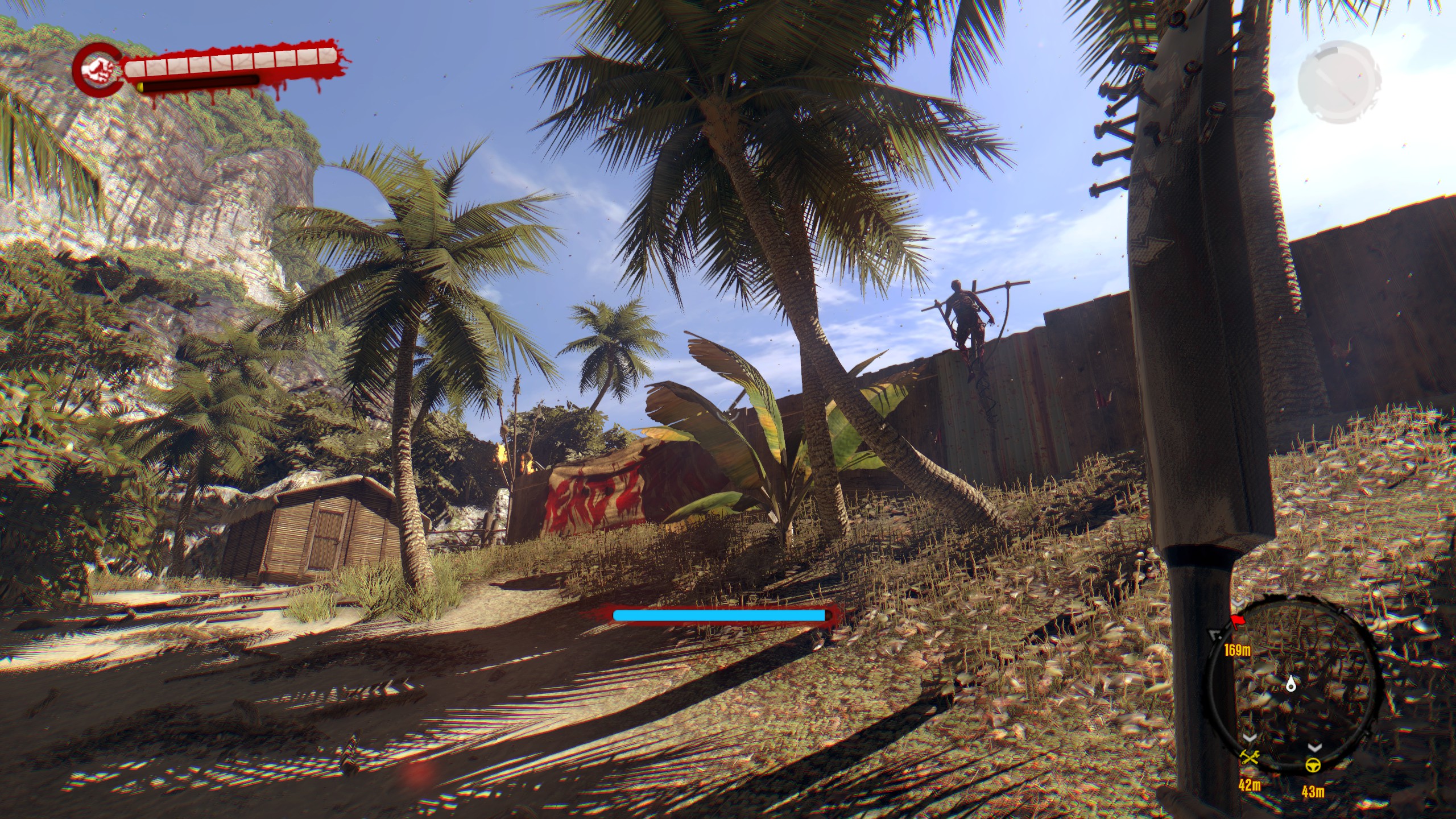 Once the surface Dead Island seems a bit generic, taking inspiration other works in the genre and really wearing them on its sleeve. You've got special infected variants similar to those found in Left 4 Dead, item management and RPG elements like in Capcom's Dead Rising, and there's a tropical island setting that would feel right at home in something like Lucio Fulci's cult classic Zombie. But what sets Dead Island apart from the crowd is its heavy inspiration from Borderlands, basically taking the character classes, open world and loot mechanics, and essentially creating a hodgepodge from all these differing game ideas. It normally doesn't sound great, but Dead Island manages to pull it off surprisingly well.

Borderlands really is the best comparison to make since the two feel nearly identical in terms of structure, with the main difference being the approach to combat. There's been plenty of looters before and since these games came out, but few were set in the middle of a zombie apocalypse, and even fewer played out primarily as first person melee brawlers. Guns and ammo are incredibly scarce in the early game and while they become plentiful by the halfway point, they're more useful for taking out human enemies or for giving yourself some breathing room than they are for reliably killing the undead. Combine that with how easy it is to be swarmed by groups of infected, some tight narrow environments and how quickly stamina depletes while running, and its clear the game encourages an upfront-and-personal playstyle more than anything. Not that that's a bad thing since Dead Island's combat to this day is still incredibly satisfying. 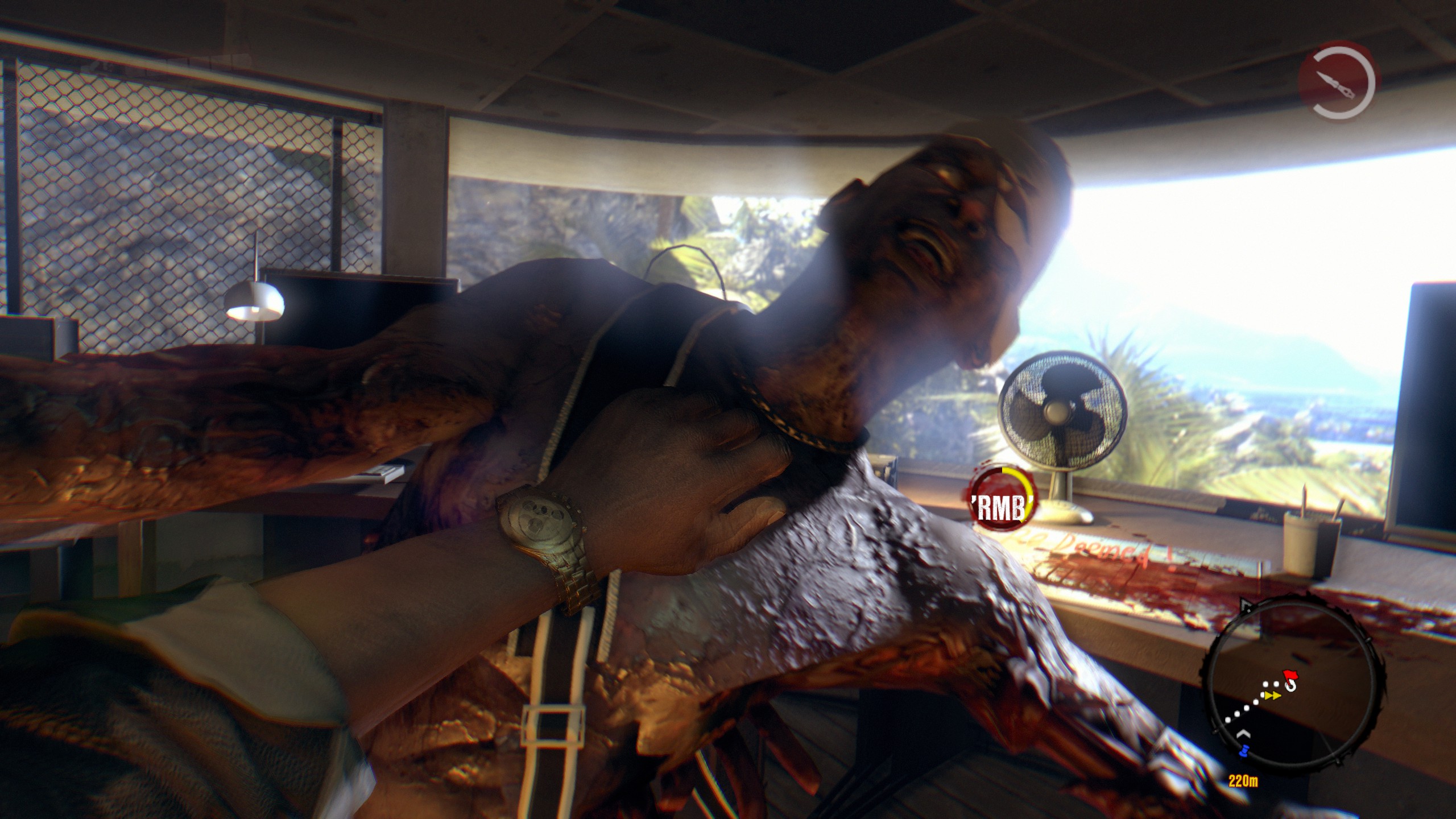 There's an appropriate amount of weight when swinging a weapon or throwing a punch, and decent enemy reactions along with the ensuing of pools of blood and gore when a hit registers ensures that combat never gets old. Compared to some other zombie games the combat here feels a bit more grounded as you never go up against thousands of zombies like in Dead Rising, but both undead and living enemies make up for this with their high HP and damage outputs. Simple mistakes can lead to many a quick death, but combat gradually becomes easier as your characters level up and gain access to more perks, crafting blueprints, and eventually enough cash to purchase what feels like an endless supply of healing items.

Of course you're rarely comfortable for long as both games feature level scaling, a slow introduction of new enemy types to mix things up, and weapons that often need to be taken to a repair bench or become obsolete in terms of stats, but successfully managing to juggle all these aspects at once eventually becomes its own reward. Its this constant hook that keeps Dead Island just as addicting now as it was back then, and it's not long before this mix of survival horror and RPG mechanics eventually sinks its teeth into you. 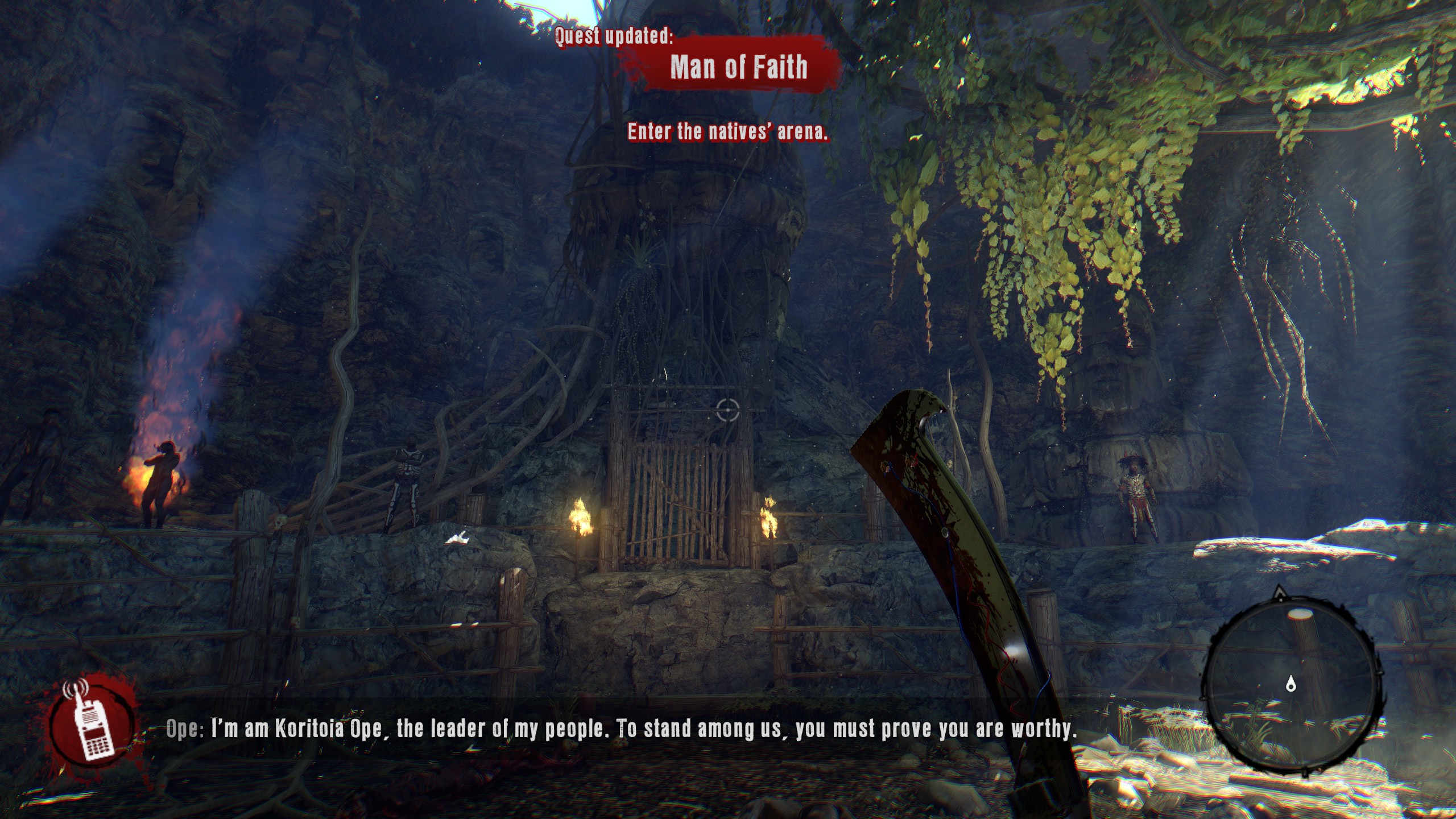 While the combat and nearly everything surrounding it is fine and dandy, there's plenty of glaring issues to it that really became apparent over time, like the movement and quest design. This was made by a pre-Dying Light Techland, and it really shows since movement in comparison feels far slower and heavier. This isn't as bad on mouse and keyboard, but with a controller it feels more like your character is just drukenly hobbling along. And your only options for quickly getting around the maps (outside of fast travel) are using in cars or tiny boats in Riptide, neither of which are all that fun given how claustrophobic some of the roads are to go down.

And the quest design is pretty dull. You're mostly doing standard post-apocalyptic errands like searching for supplies, looking for missing family members, or escort quests, which isn't inherently bad since Dead Rising does it all the time (and I love that series to death). But while those games are shorter thanks to their time limits and they really love to spice things up with the odd curveball thrown your way, whereas Dead Island's quests are generally far easier in comparison and don't really have much unique going on from a gameplay or story front. 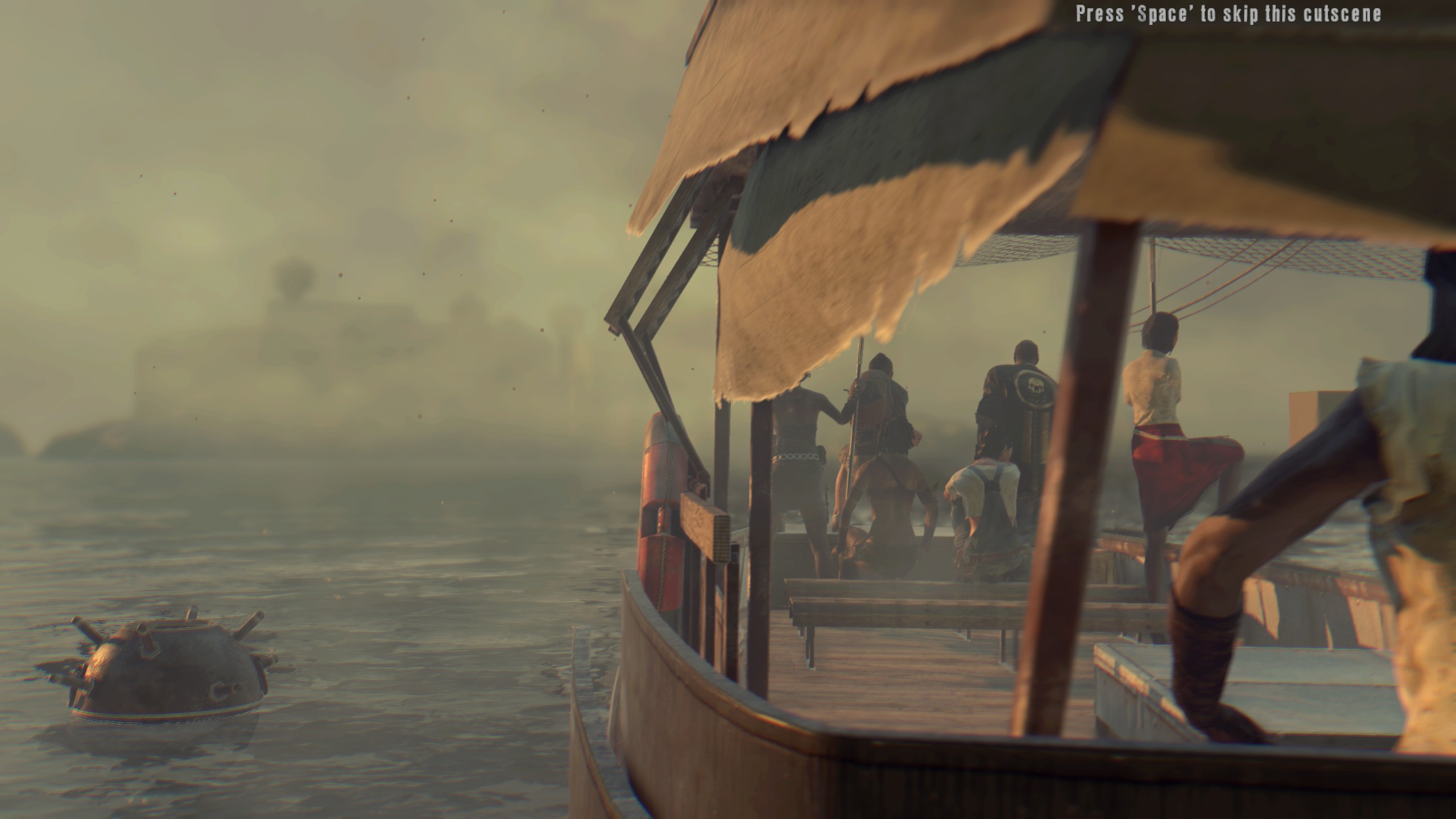 The lack of an interesting story also applies to the games in general. The games follow 4-5 survivors, each finding themselves on a lush tropical island that's been taken over by a mysterious infection turning everyone into zombies, and while there's a few twists the main story in the original game didn't amount to much beyond just finding a way to get off Banoi. For the players that wanted more story, they'd have to scrounge the environments for collectable notes or audio logs if they wanted to know more about the outbreak. It's not until the Ryder White DLC and Riptide that the story began to take more of a center stage, and whats there is interesting, going deeper into the disease specific to a native tribe that eventually mutated and got out of hand. It's just that it never really materializes throughout both games roughly 40 hour runtime (20 hours per game if you try and do everything + mindlessly grind, but they're far shorter if you try and make a beeline to the end).

Also the games have their fair share of memes. Not really a complaint, but worth pointing out because man, there's some stuff I haven't heard in ages. 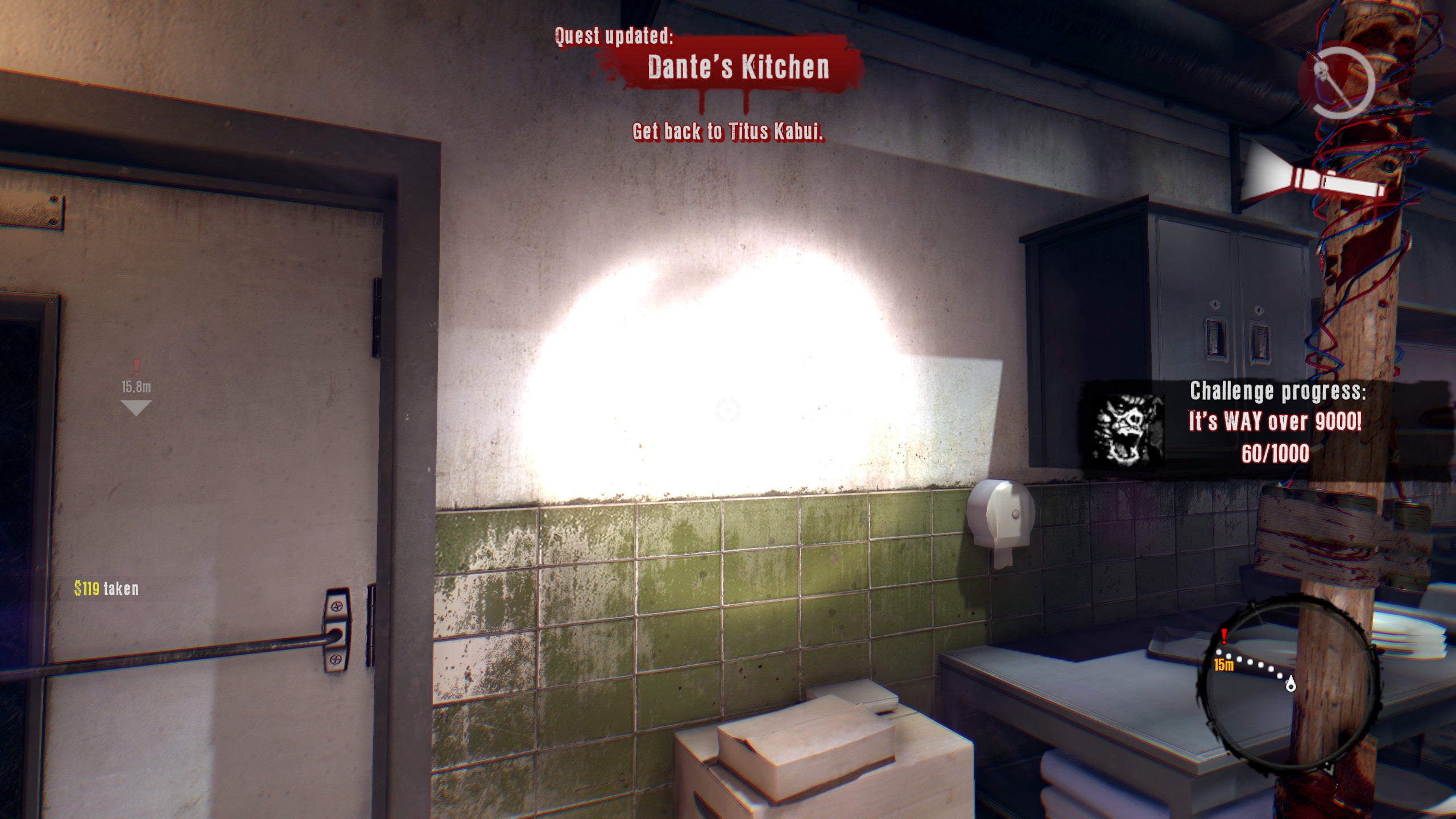 There's more flaws I can mention like the really forgettable characters, but in spite of that there's something incredibly endearing about this series. It's in this weird middle ground between low budget jank and a triple-A game, and it's unlikely that without these awkward first baby steps we would've gotten something like Dying Light. It's not necessairly something that needs to be played when Dying Light is out, but at it's core, Dead Island can still make for a fun time for fans of the zombie genre. And with how cheap both games go on sale and how much playtime you can get from them, it's definitely worth recommending for select few gamers.