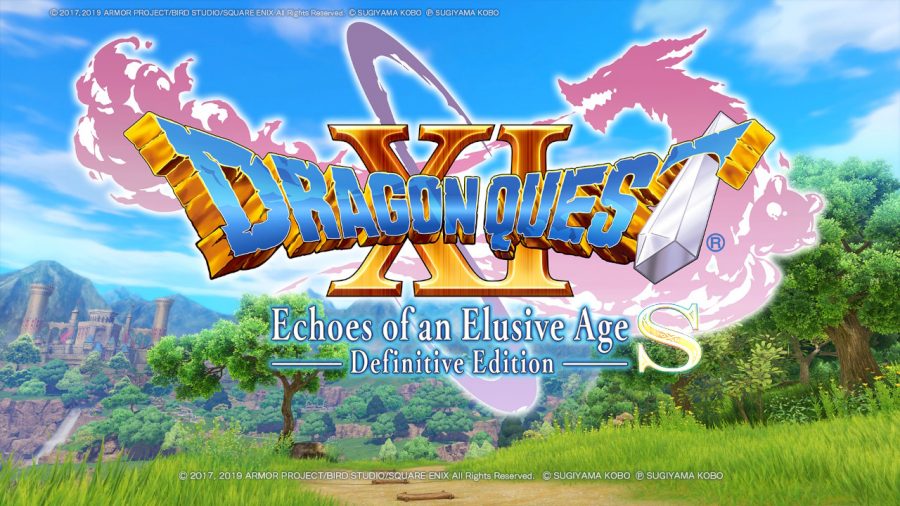 Over the last few years, the Nintendo Switch has quickly become my favorite way to play RPG’s. Through it, I’ve spent countless hours roaming the world in Octopath Traveler, crafted incredible concoctions in Atelier Ryza, and outsmarted my enemies in Fire Emblem: Three Houses. But out of all the titles I’ve been lucky to play, Dragon Question XI S: Echoes of an Elusive Age - Definitive Edition has quickly risen to the top as my favorite of the bunch.

The Story So far…

In the beginning, you’ll start your journey through the eyes of a young man who hails from the charming village of Cobblestone in the land of Erdrea on the day of the traditional coming-of-age ceremony. The idea of it sounds simple; climb the Cobblestone Tor, sprinkle in some tutorials, and BOOM! He’s a man now. But things take a turn for the unexpected when, after saving his childhood friend from a feathery baddie, he suddenly unleashes some awesome heavenly powers from the birthmark on his hand. After explaining what happened once he’s returned home, his mom, Amber, realizes that she can’t exactly hide what’s going on and figures that it’s about time to tell him that he’s the reincarnation of a legendary hero known as the luminary: a legendary hero who will rid the world of evil. What a wild 16th birthday present, right?

In order to learn more about his destiny, he is told that he must set off towards the neighboring kingdom of Heliodor to speak with King Carnelian for answers. But, after arriving and showing the mark on his hand to prove his heritage, he ends up arrested and thrown in jail! It turns out that in the Kingdom of Heliodor, and many other regions across the continent who only refer to the luminary as the “Darkspawn” a bringer of evil set to destroy the world and all who live in it.

This can’t be true, of course. But it’s kind of hard to explain your side of the story when you’re behind bars. Luckily, you end up meeting a fellow cellmate named Erik who’s also got escape on the brain. With his help, you manage to sneak your way out and begin your *real*quest to figure out what in the world why the hero of legend is suddenly on everyone’s wanted list.

I don’t want to give away too much more than this, as I really feel like this is a game best enjoyed at your own pace. But what I will say is that I was not expecting to love the story as much as I did. Throughout my nearly 70+ hour journey, I fell deeply in love with the world, the characters, the humor, and everything else that makes a Dragon Quest game, well, a Dragon Quest game. There were moments that tugged at my heart, others where I was almost brought to tears with laughter from the party’s antics ones where my jaw dropped to the floor in surprise. And while the story may start with a slow, simple premise, it quickly built up into an epic, engaging tale that I couldn’t put down.

Let’s Get Pepped up! A Guide to the Gameplay

Next, there’s the battle system. If you’re familiar with classic, turn-based gameplay then you’ll probably have an idea of what to expect when you pick up Dragon Quest XI S. After all, this series is known as the grandfather of JRPG’s for a reason. You make your turn, the enemies make theirs, and so on until one of you ends up wiped out.

But there were a couple of aspects that I really enjoyed about the battle system in Dragon Quest XI S. The first being that you can switch characters in and out in the middle, like Final Fantasy X. This makes navigating the strengths and weakness of each enemy much easier. My second favorite part was the pep system. Once your character hits a specific trigger, usually by getting hit enough times, they’ll glow blue and get access to superpowers and abilities. Turn-based combat can get a little stale sometimes, so it was fun to sit back and watch the different cinematic cutscenes that play. Plus, it helps make the battiest go a lot quicker.
-
When you’re not caught up in the heat of a battle, your time will be spent exploring the world of Erdrea. There, you’ll look for hidden items in the unlikeliest of spots, take on side quests, and get to know the inhabitants of each village or town. What I really liked during my playtime was the episodic nature of the story. While Dragon Quest XI S does have one overarching story, each place that you visit has its own problems that you’ll need to save. In one town, you may need to help a mermaid reunite with her lost lover. In other, you’ll be solving the mystery of how to turn a woodcutter back into a human after he was cursed to become a dog. This type of narrative structure is great for someone who doesn’t have a lot of time but still wants to squeeze an hour and a half to two hours for some gaming into their busy schedule. And speaking of being made for people who don't have a lot of free time, there's a really hand feature that gives you a quick recap of the story so far each time you boot up a save, just in case it's been a while since your last playthrough. Of all the quality of life features, this one was probably my favorite. 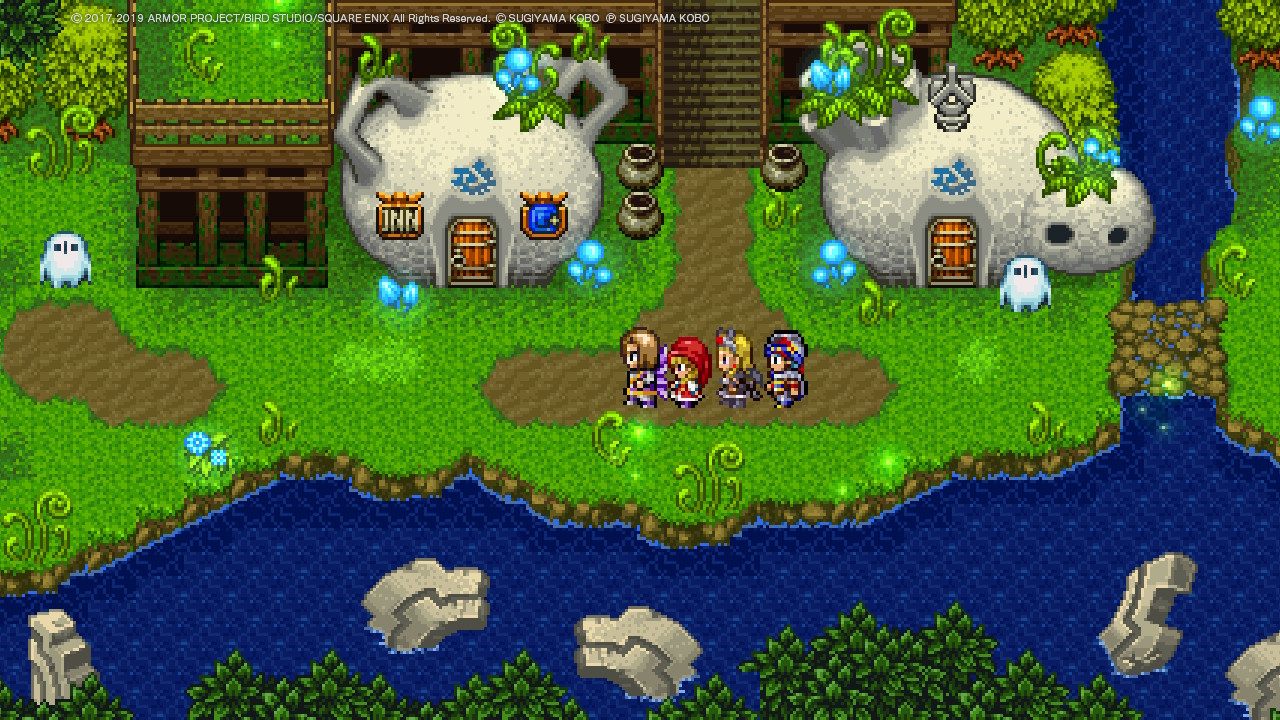 What Makes it So Special?

Dragon Quest XI S: Definitive Edition is special for a lot of reasons. There is a whole bunch of content to enjoy that makes it worth picking up a second time if you already own it on the PS4. These are of course the addition of a 2D Mode, some new side stories for companions, a Japanese voice-over, the 16-bit world of Tickington, and more.

While there are a ton of new features to be found in this port, there’s one in particular that I felt deserved its own section. Dragon Quest XI: S Definitive Edition comes with a 2D mode that players can toggle between, which is perfect for fans of the classic style of Dragon Quest who want to play in a top-down 2D perspective. This was a feature that was included in the 3DS version when the game originally launched in Japan. Sadly, North American fans never got the cool version, but we did get this feature which is a nice compromise.

I thought this was a really cute addition to include. But there is one big caveat to keep in mind. The catch with this mode is that, when you switch over, it starts over at the begging of the chapter. For example, let’s say that you were in the middle of chapter 3 in 3D mode, but you wanted to switch over to the classic style to shake things up a bit. You would have to go to the church, ask to switch over to 2D mode, and then start over from the very beginning of the chapter all over again. So all that progress you just made? Gone. Poof. Nada. Nothing. If you want to get back to where to exactly you were in the 3D mode you’ll have to do it all over again. 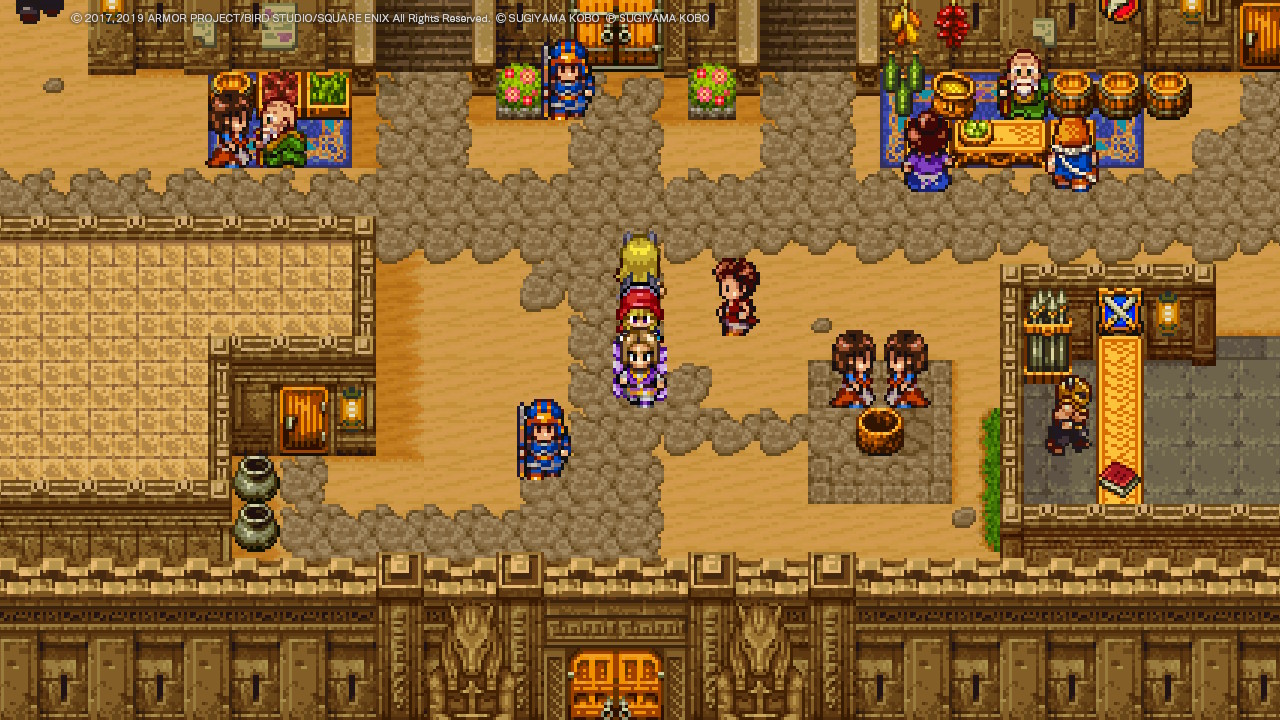 Personally, I didn’t think it was worth doing all of that just to enjoy the colorful sprite work. It is nice that you get to keep your gold, experience points, and other items that weren't related to the story. But I ultimately decided to just leave it alone and just play the game entirely in 3D for my first run. That way, I didn’t have to worry about switching back and forth. Plus, 3D mode is just so beautiful to look at, even when you’re playing it on the switch. If you’re just now picking up Dragon Quest XI S: Echoes of an Elusive Age - Definitive Edition for the first time, I would definitely stick to 3D mode for your first go around.

What about the Music?

The music is what makes every RPG come alive. But unfortunately, this was the one part of Dragon Quest XI that was a big letdown for me.

I think the biggest problem is the lack of variety. I wish that each and every town had its own unique theme, but there were only a few that did. I think the battle theme was probably my least favorite. After listening to it hundreds of times, I realized that there might be a thing as too much horn. (Sorry, brass players) The overworld theme was a close second when it comes to least favorites. In fact, I switched over to Dragon Quest VIII’s overworked theme instead as soon as I could. Of the tracks I did enjoy, I found out that most of them were actually additions from earlier Dragon Quest titles, like Distant Memories from Dragon Quest III.

For such an epic and fun story, I’m still a little bummed out that the music fell so short. I’m hoping that Dragon Quest XI follows up with a grand soundtrack, so I'll be waiting until that happens.

So, What’s the Verdict?

As someone who’s never played a single Dragon Quest title until now, I honestly wasn’t sure what to expect or if I was even going to have fun while playing the game. But I’m happy to say that this game was everything was a complete blast. It helped reinvigorate my love of classic JRPG’s and even made me want to get into more of the Dragon Quest series. If you haven’t played this title yet, and you’re someone who is:

Then I really don’t think you can go wrong with this game. If you do decide to pick it up, or you’re already a fan of this game, let me know what you think! And once again, thanks so much for reading.