I am The Gamers.

I am The Gamers.

As The Gamers, you have blessed me with a fancy yellow chair from which I stream the games. The games I know I want well before ever having played them. I will tell others they should want them because I wanted this yellow chair. I will fight to the death for games and all gamers, except some of them.

Why except some of them? Because bad things are only bad and real if they happen to me, The Gamers. Therefore crunch is noble, selfless and good.

Since I am The Gamers, I am also in your games. In the games, rubbing elbows with Keanu Reeves. In your best new game, Hideo Kojima looks better than ever, unlike in his own games in which you just walk and carry too many things, which would never become an issue in your cool, new game I knew I wanted. Because unlike that game, it has much cars. Many cars!

Cars that trancend the notions of both flight and staying above pavement. Cars I am too cool to drive because I have decided walking is punk, actually. I am The Gamers and will now pronounce this great AAA effort the adorable pet title of "eurojank" at my convenience when my face or clothes won't load. 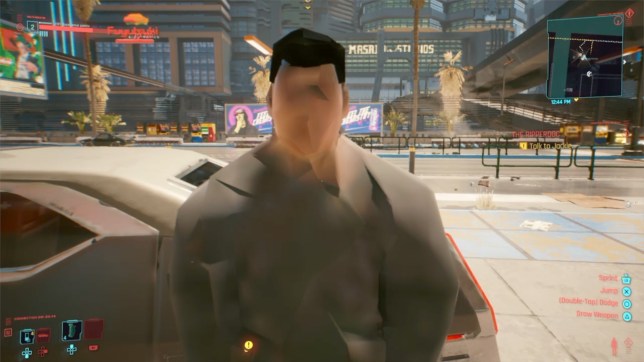 This is the best game. It has lesbian and trans innuendo ads, the very height of humanization and satire. Much edge.

I, as The Gamers, sitting on my edgy yellow throne, have decreed it so and have not been unduly influenced by you, CD Projekt Red and your social media campaigns and games that are better than Blade Runner, Ghost in the Shell 2, and Deus Ex.

Also great is that I must disable licensed music to stream, which is normal for all the games I have ever played and not unusual in the slightest. I'm The Gamers, the edgy outsider who will capitulate to these corporate demands for any likes and subscribes I can muster.

I also asked for PS4 code, but as The Gamers, I guess only getting PC review code is fine because why should I deal in platforms people can actually buy? I am now above lowly PS4s. I will get the expensive PC you want me to have in this pandemic economy. It's fine.

I am also glad you find that my vast experience as The Gamers puts me ahead of the scrubs at Digital Foundry and Destructoid's Chris Carter in terms of priority. I like being there first and using my technical knowledge feels normal. I am but a gamer of the gamers for I am The Gamers and speak for all gamers. We don't need nerdy breakdowns of your great new game on old hardware.

I am The Gamers and I'm glad you listen to me. Please don't sell Devotion because reasons.