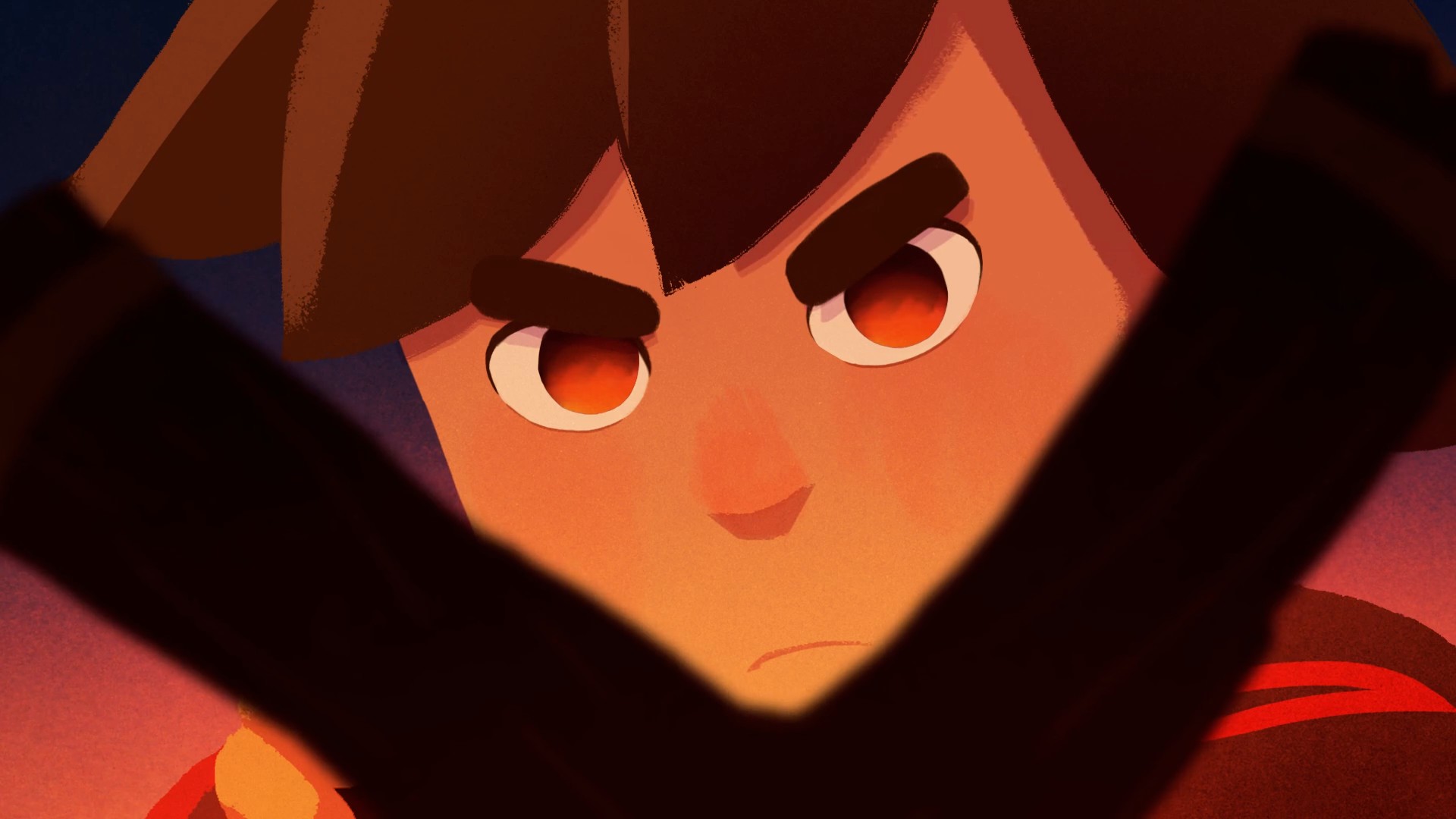 When I think of a Western, I think of a grizzled cowboy trying to make ends meet or fighting off the baddies from a town. But the Wild West isn’t just about a bunch of gun-slingers in the lawless deserts of the Southwest, so experiencing a new tale in well-trodden territory is welcoming. This is why I found interest in El Hijo - A Wild West Tale, a top-down isometric Western game about a kid sneaking his way to his mother. While it’s certainly a charming little game, it also has issues holding it back.

El Hijo follows a six-year-old boy who lives with his mom on a farm in the Wild West. One day, the farm is burned to the ground by bandits, so the mom drops the kid off at a monastery for his safety. He isn’t a fan of this lifestyle, however, so he decides to sneak out and search for his mother.

One of the biggest reasons I was interested in this game was how the game handled stealth. Would it be about blending into the crowd like Hitman? All about darkness like Splinter Cell? Or would it be something new? Over the course of the game’s 30 levels, I learned that answer, and I wasn’t the biggest fan.

Since El Hijo is a nonviolent game, it’s all about distraction and hiding in the shadows. There isn’t a lot that is new in this game to anyone who has played a stealth game, but I don’t think that is a bad thing. This game gives you tools to help you on your journey like a slingshot for breaking pots and distracting NPCs, windup toys for luring NPCs away from their scheduled movements, a cactus spore that acts like a smoke bomb and obscures vision, fireworks for destroying crates and stunning NPCs, and a giant hat to hide in like the cardboard box in Metal Gear. Outside of these tools, there are a few other things to help sneak around enemy vision cones and walking patterns like hiding in the shadows, pots to hide in, sprinting (which generates noise), and crouching behind low cover. While these tools aren’t anything new, the levels are designed in a way that allows a lot of freedom with how you use these tools, and I had fun trying to figure out how to bob and weave through people with the few resources I had. 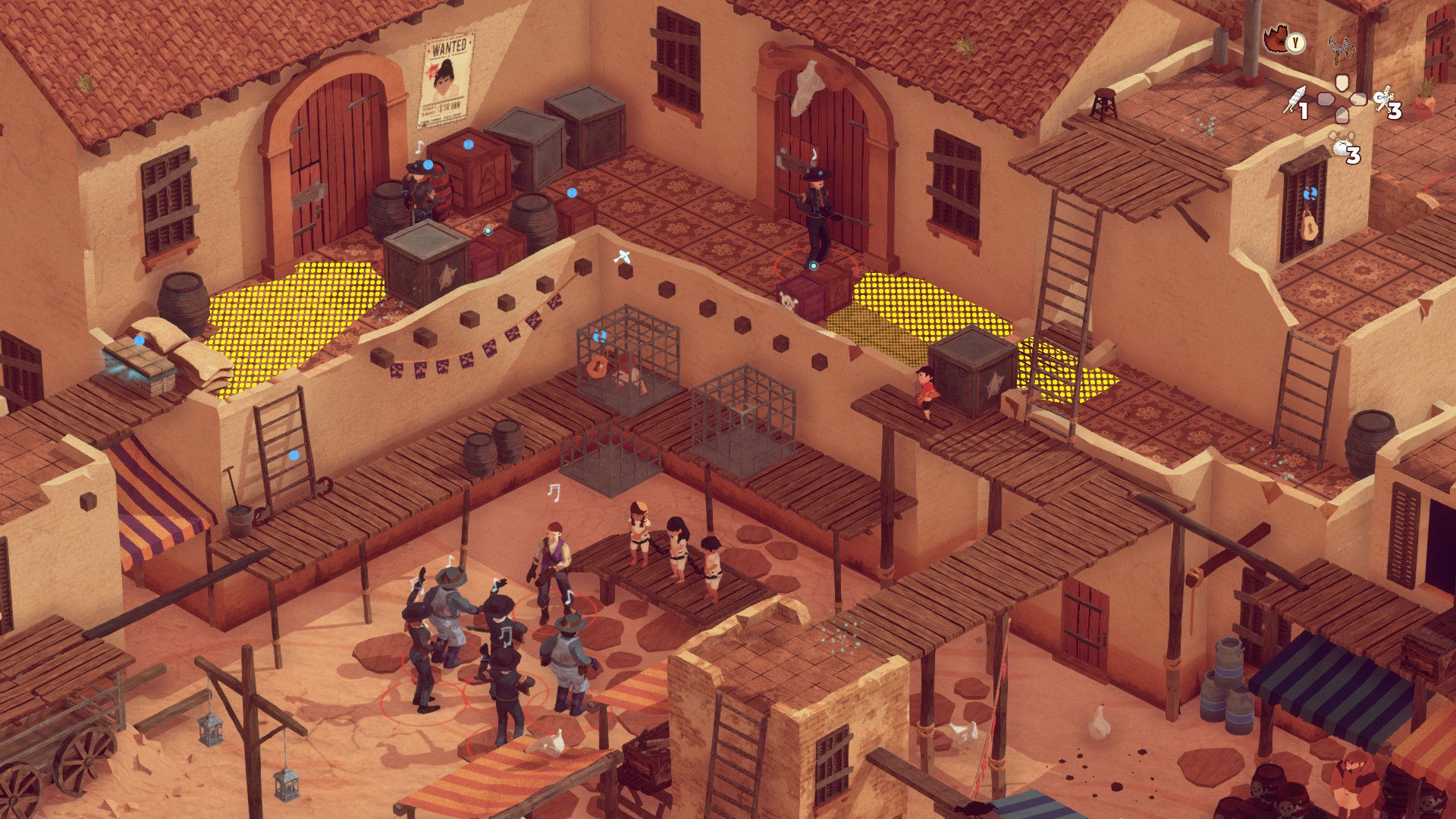 An NPC’s vision cone will darken if obscured by low cover, and hiding behind it won’t alert them.

What I didn’t find so great with the stealth was the believability of it. A lot of this game takes place during the daytime, and I think trying to sneak around in the shadows during the day is an immersion breaker for me. Another issue I ran into was the inconsistency of distraction. The toy soldier, for example, could be activated within the aggro range of an NPC, but whether or not an NPC would be attracted to it felt random. This inconsistency on tools and what works with guards and what doesn’t frustrated me from time-to-time throughout the game, even with its more generous checkpoints. Also, this game has an occasional minecart level where you control a minecart being chased by others, but it’s a rather annoying mini-game because of how easy it is to fall off the tracks. While the gameplay is overall pretty fun, it can have some frustrations as well.

The other reason I was interested in this game was because of its charm. A nonviolent stealth game with a pretty art style and a story about a son trying to make it back to his mother sounded great, and this game mostly gets it right. While no words are spoken in this game, you can still feel the connection between the two. The levels look great, and its dusty colors mixed with its cartoonish style feels appropriate with the setting. Finally, while I wasn’t the biggest fan of the music, I think the main menu theme is a great tribute to Ennio Morricone.

While this game nails its charm on the surface, there are some issues once you start to really look into it. Throughout the levels, there are kids to interact with (essentially the game’s optional collectibles). Every time you interact with them the camera zooms in really close to the two kids, and seeing those faces up-close isn’t as flattering as from afar. The biggest issue I had with the non-stealth side of the game was with the story. The game starts with an escape from a monastery, and the monks are replaced with bandits and what looks like Union soldiers after leaving, but things only get weird and nonsensical from there. These three factions that hate each other in the beginning start to work together towards the end, and there are instances where you see soldiers and bandit fight in one level and coexist in another. At some point, the mom gets a bounty on her head for a crime that is never really explained and you don’t experience in the two levels you play as her, and it’s her capture that brings the three factions together, even though the soldiers and the bandits were trying to kill each other and the bandits were robbing the monks not long ago. My best guess is that the mother was trying to stop a child labor trafficking ring (considering all the kids you meet are doing labor, with some chained up), but there are adult miners doing the brunt of the work, and it wouldn’t really explain why the monks are in on it. While the story in a stealth puzzle game seems trivial, it was distracting enough for me to stop and constantly ask why the mom is hated or why these three factions would work together. 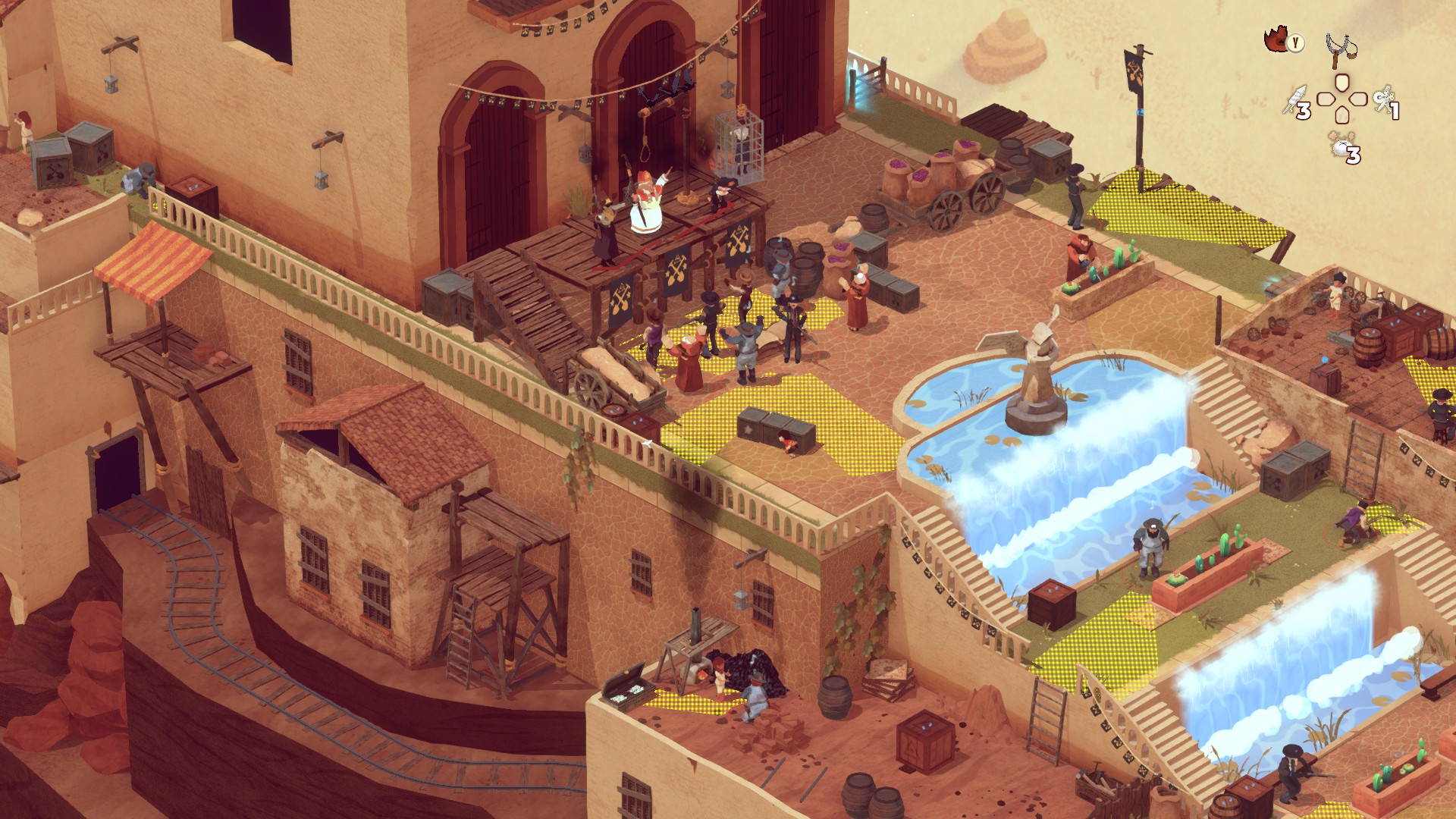 What did my mom do?

El Hijo struggles with inconsistency and poor believability in its stealth and story, but is still a fun isometric stealth game with some heart to it. It doesn’t do anything new for the stealth genre, instead focusing on creating levels that allow freedom with the tools it offers. I think the game is a nice palate cleanser for darker, more serious Western stories, and I think it’s worth checking out if you are a fan of stealth games.