It’s December, and you already know what that means: It’s Virtua Fighter Month once again! But before we get into that… Happy 25th Anniversary to the SEGA Saturn release of Virtua Fighter 2, which was released on December 1, 1995 in Japan!

As you guys already know, July 29 was the 10th Anniversary of the release of Virtua Fighter 5 Final Showdown for the arcades. I wrote a blog about how far we’ve come in the past ten years of the game’s support and we’ve done a great job on keeping the game alive, despite how small the VF community is. And at one point, I was THIS close to running out of VF-related topics to talk about this year. Until now…

True story: It was September 25, 2020 and SEGA was doing their conference for what they have planned for this year and next year. I woke one morning and I saw something called Virtua Fighter x esports. My first initial reaction was “Is MadeMan trolling again?” because normally he would troll about that a lot. But MAN I was wrong.

I went on Discord and I was tagged about something. I scrolled up and realized that it wasn’t a prank… IT WAS REAL. You guys have no idea how happy I was that SEGA actually has plans for the franchise.

When I saw the trailer, I literally smiled due to the fact that SEGA is doing something with the series again, but at the same time I was cautious because whenever they mention VF, it turns into something else, like pachinko for example. The translation for the Japanese description of the trailer states that the series is being rebooted as an eSports title and we would find out about the details later down the road.

A huge disclaimer: by the time I release the blog, any of the information mentioned will be outdated. The real information will be out by then. For now, this is all speculation. Let us begin.

First things first, I don’t think this is, by any shape or form, going to be Virtua Fighter 6. At least I hope it’s not. But if it is, it’ll probably take the SoulCalibur VI path of rebooting everything from the beginning, but add characters who appeared up to VF5FS and have innovative gameplay that can shape up 3D fighters once more.

Another thing about the speculation of VF x esports is that I think it might go a similar route as Puyo Puyo Championship (aka Puyo Puyo eSports in Japan). Now it is true that SEGA has recently got involved with some eSports federations in Japan and of course we had Puyo Puyo Championship tournaments in the past. And of course we’ve seen various VF5FS and VF3tb tournaments in Japanese arcades, even with a pandemic going on right now.

Lastly, it could be ports of various VF games with online crossplay support for arcades and possibly consoles and PC. I’ve said it before and I’ll say it again: SEGA not porting VF5FS to PC was a missed opportunity in the beginning, but at least it finally came to PC via Yakuza: Like A Dragon. The only downside is that it’s based on Version B, which removes the online altogether. However… if SEGA decides to update VF5FS once again, they could use a Kamurocho-themed stage from Yakuza since Kiryu won’t be in a fighting game. It’s something to think about.

I’m not sure what VF x esports is going to be, but I hope we get some news about it in the future. If you want to know what they are doing, I’d say follow VFDC since they have been keeping up to date with VF stuff.

Before we end this blog, don’t forget to join me tomorrow for FGHS 101 where we talk about the various ports of Fighting Vipers. As for next week's blog, we’ll talk about the connection between Yakuza and Virtua Fighter. 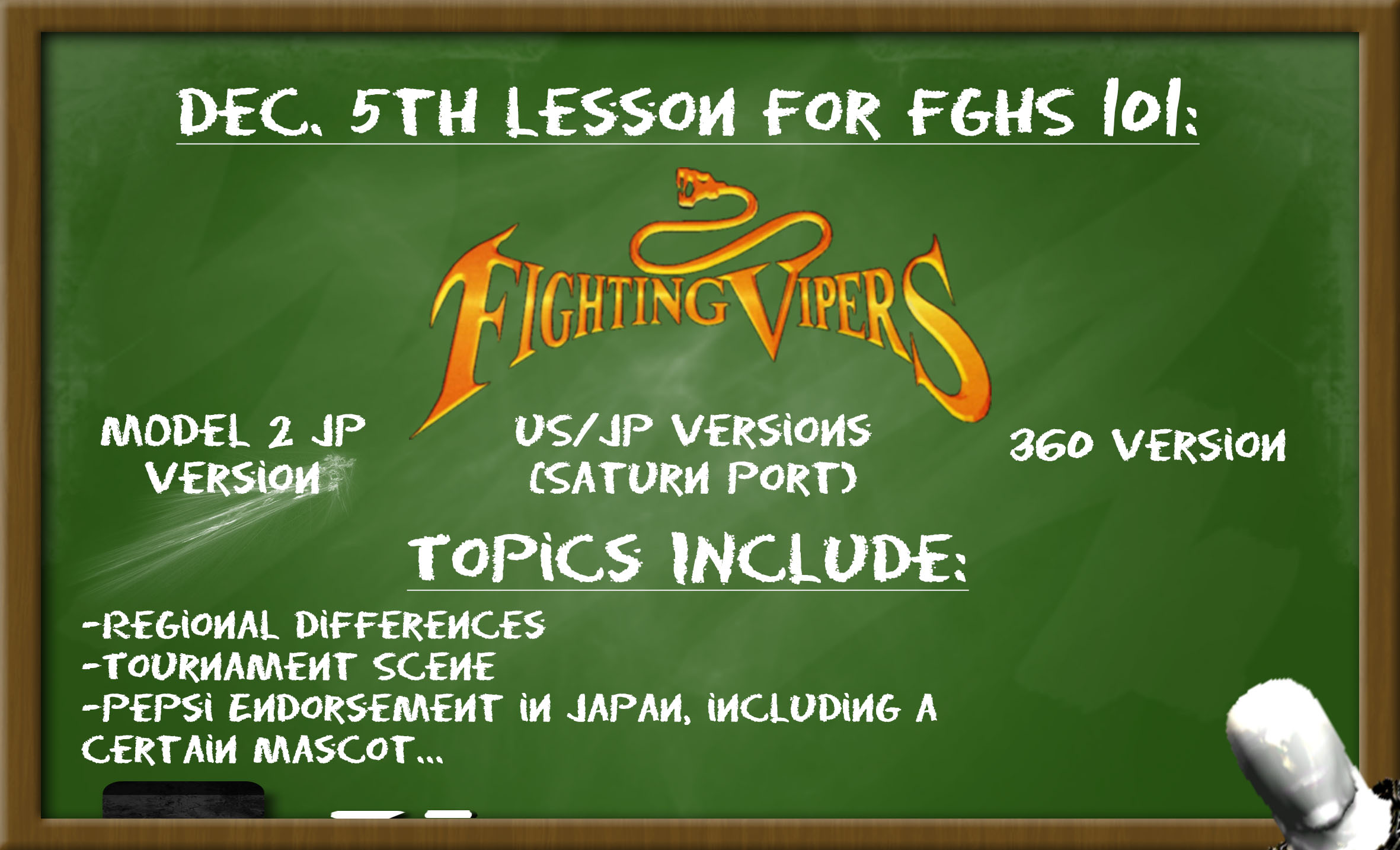