Would Sonic the hedgehog or the Flash win in a race? (Originally from Ash Scoot)

It’s pretty annoying to continually see people answering questions about characters they know nothing about. One answer here claimed that Sonic’s max speed in his base form is around mach 3 Sonic has always been faster than light in his normal form before powering up.

And he does things like running though 148,000 light years of this cosmic interstate

all in base form.

And even if people acknowledge that, they’ll often claim that Sonic’s only faster than light in the Archie comics, not in the game and other media…

Even in character descriptions put out by Sega, Sonic has consistently been stated to be light speed or faster since his inception.

“Ok, so Sonic’s faster than light, but so is the flash.”

Well… it depends which Flash you mean. Jay? No Barry?? Not really. He struggles to reach light speed and is often unable to.

But Wally and Bart? Sure. Bart’s connection to the speed force has always been erratic and unpredictable, tho and he hasen’t measured up to Wally yet.

So we’ll use wally, the fastest of the flashes, in this analysis.

All the best Flash feats are Wally’s. The famous ottosecond perception claim, outrunning death and running to the end of the universe, even the time travel that created the flashpoint is Wally’s feat. Barry is often mistakenly given credit for that but in reality, he tried to run back in time, and failed, collapsing inside the speed force and Wally ran in after him, picked him up and helped him get to his intended time and place.

Wally is capable of running faster than light (and therefore breaking the time barrier) and is officially the fastest speedster in DC comics. So they’re equeals right? The game director even said they rival one another. Except… we haven’t even taken to account Sonic’s transformation yet. 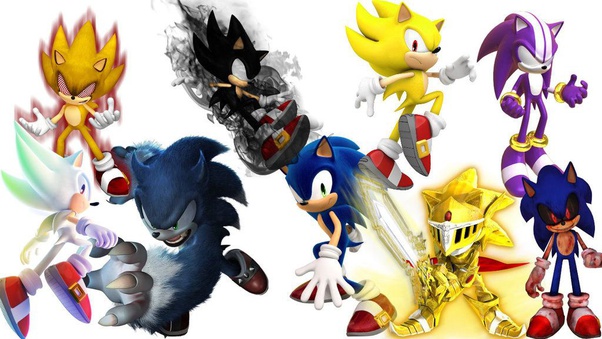 Considering how much Sonic’s stats increase when he powers up to super Sonic, Hyper Sonic, including his best transformation, Darkspire Sonic.

Of course, Wally was able to outrun instint teleportation, when he absorbed the speed of everyone on earth

We’re beyond the concept of speed now.

Super Sonic is basically like what the Flash would be if he absorbed all the speed force inside himself.