Amnesia: The Dark Descent is a horror game developed and published by Frictional Games for the PC in 2010. It was later ported to PS4 in 2016, Xbox One in 2018 and Nintendo Switch in 2019. The story stars Daniel, a man who finds himself wandering the halls of Castle Brennenburg in Prussia as his memory deteriorates. After waking up after passing out, he finds a note written by himself commanding him to brave the castle to kill its master Alexander while avoiding an unearthly shadow that is lurking in the castle. 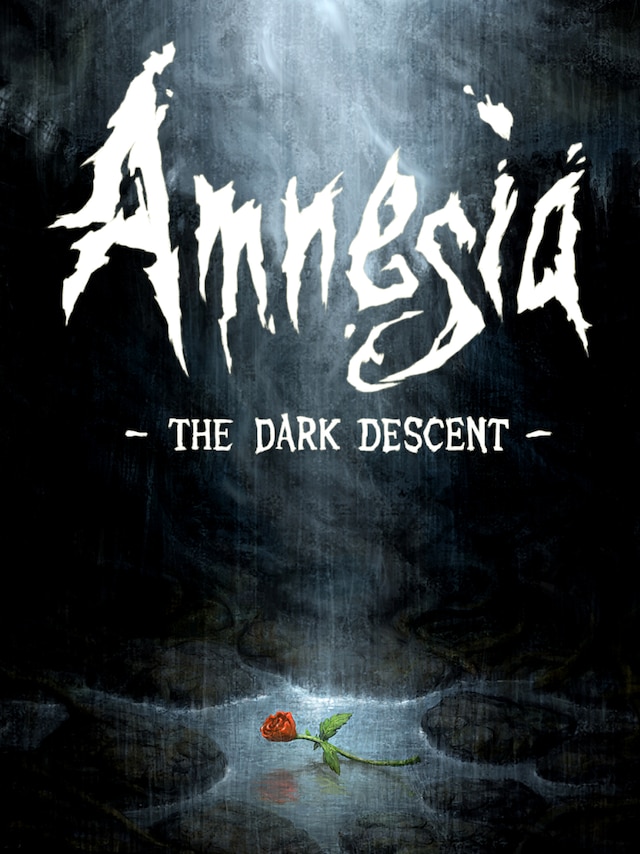 Amnesia has been abused as a plot device for a very long time, but I'm glad that the game named after it manages to do something interesting with it. Daniel's quest for revenge against Alexander doesn't become relevant for a long time, as instead the player gets to join Daniel on a journey of self-discovery.

As you make your way through the many obstacles found in the castle, you get snippets of flashbacks, notes and journal entries written by Daniel that describe what drove him to Brennenburg and what he and Alexander did together that ended with Daniel wanting Alexander dead. There's also a nice bit of fluff about the castle's history and Alexander's place in the world, which I quite enjoyed.

Each little piece is doled out at a good pace, culminating in a Lovecraft-adjacent plot with themes of selfishness and desperation. The themes feed well into the various horrors of the castle and offers a fair few perspectives on Daniel's and Alexander's actions. You could make the case for each of them to be in the wrong or in the right, which is always a sign of an interesting narrative.

The game also lives up to the second half of its title. It's dark. Very dark. So dark, that managing light is much more important than managing health, as staying in darkness for too long erodes Daniel's sanity and makes him easier prey for the castle's horrors. You are given a handy lantern to light the way, but it burns through oil at an incredible pace. By my estimation, I never had more than 10 minutes worth of oil on me. Thankfully, you can also find tinderboxes to light torches and candles, but those are also quite limited.

As such, it is very important to plan how to spend your resources on a room-to-room basis so you manage to find more resources than you spend. You need to quickly judge if a room is worth a tinderbox, or if it's better to rummage around hastily with the lantern to look for items before leaving. The game provides constant low-key anxiety whenever you explore a new area, especially if you run around without the lantern lit.

And as a consequence, figuring out the perfect way to light up an area is really satisfying, as you get to create your own path of small beacons of light within the darkness. Outside of RE4, I can't think of a horror game that makes planning how to spend resources so engaging. I think it's because the game is balanced so well, that only by the very end can you end up with more resources than you need. For most of the game, you'll be happy for every drop of oil you come across.

Of course, darkness amounts to little threat without monsters to walk out of it, so there are some of those as well. The nice trick with them is that they are so rare, that every last one is an unwelcome surprise. And seeing as you can't fight them and barely even look at them before Daniel's brain files a direct complaint against his ability to see, your only choice is to evade them.

I was concerned that this song and dance would be more annoying than scary, but that's not the case. The game's monster encounters are well paced and designed quite well. If a monster appears, it is quite likely that you'll be able to hide from it easily as long as you pay attention to your immediate environment. Of course, this is harder when it comes to the ones that roam around, but I never found myself stuck making no progress because a monster was in the way. Either I played quite well, or the game is actually quite forgiving. I know that monsters can even despawn under certain conditions, which does turn down the challenge, but the things it does for the game's pacing is well worth it. It really doesn't feel like a game-long stealth mission, even though it quite clearly is.

Of course, with there only being so many ways to interact with the monsters and the designers being incredibly fair, there are only so much that can be done with the monster encounters before you start catching on to the game's surprisngly limited bag of tricks. By the end, I was feeling quite confident in both my abilities and the designer's intent to not be an asshole, so the game's bite lost its strength. In spite of the supernatural setting, there is a distinct lack of Silent Hill-tier mindfucks.

The rules laid bare are the ones the game follows to the end, which is commendable, but I think horror games can get away with some rule breaks within reason. Otherwise, they become too predictable and thus less engaging. Still, I have to commend the game for the damn water monster, which perfectly triggers my thalassophobia without the need for swimming. If you actually had to swim to get past it, then there is no telling what substances would besmirch my underpants. 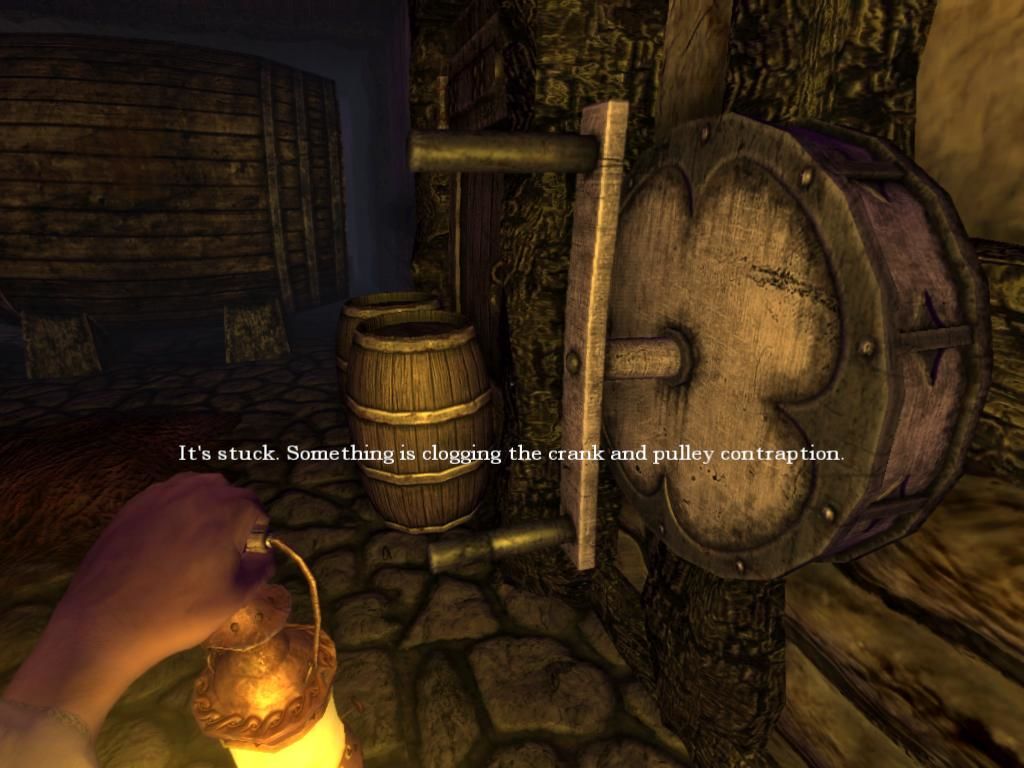 Beyond surviving the castle without going mad, you also have a fair few puzzles to defeat before you can get to Alexander. In fact, I'd say Amnesia is the shining example of what the point-and-click adventure game genre should be like. You do pick up a lot of weird crap and you're bound to rub half your inventory against questionable surfaces, but just like with the story and horror, the pacing is really good.

Long-term puzzles are your major goals in the game that unlock access to the next major section of the game once solved. Any steps along the way provide Daniel with a sigh of relief, which restores sanity. Most of these puzzles involve reading notes for clues, combining items in a simple fashion or interacting with the environment through the game's "drag & drop" physics interaction system, which is quite fun.

Only twice did I get confused about what to do. For the first puzzle, I had missed what the puzzle was meant to accomplish, so I didn't know that I had already solved it when I was aimlessly wandering around a couple of rooms looking for more stuff to do. Turns out the levers the puzzle activated were one loading screen back.

For the second one, I missed a hidden area because I got distracted from following the sound leading to it due to another sound source and the large amount of space I had access too. I assumed I would need to trek across the whole area to find some items and use them elsewhere, but that was not the case. Still, I found it a pretty good puzzle experience, since it was usually pretty easy to suss out what to do by exploring each area properly.