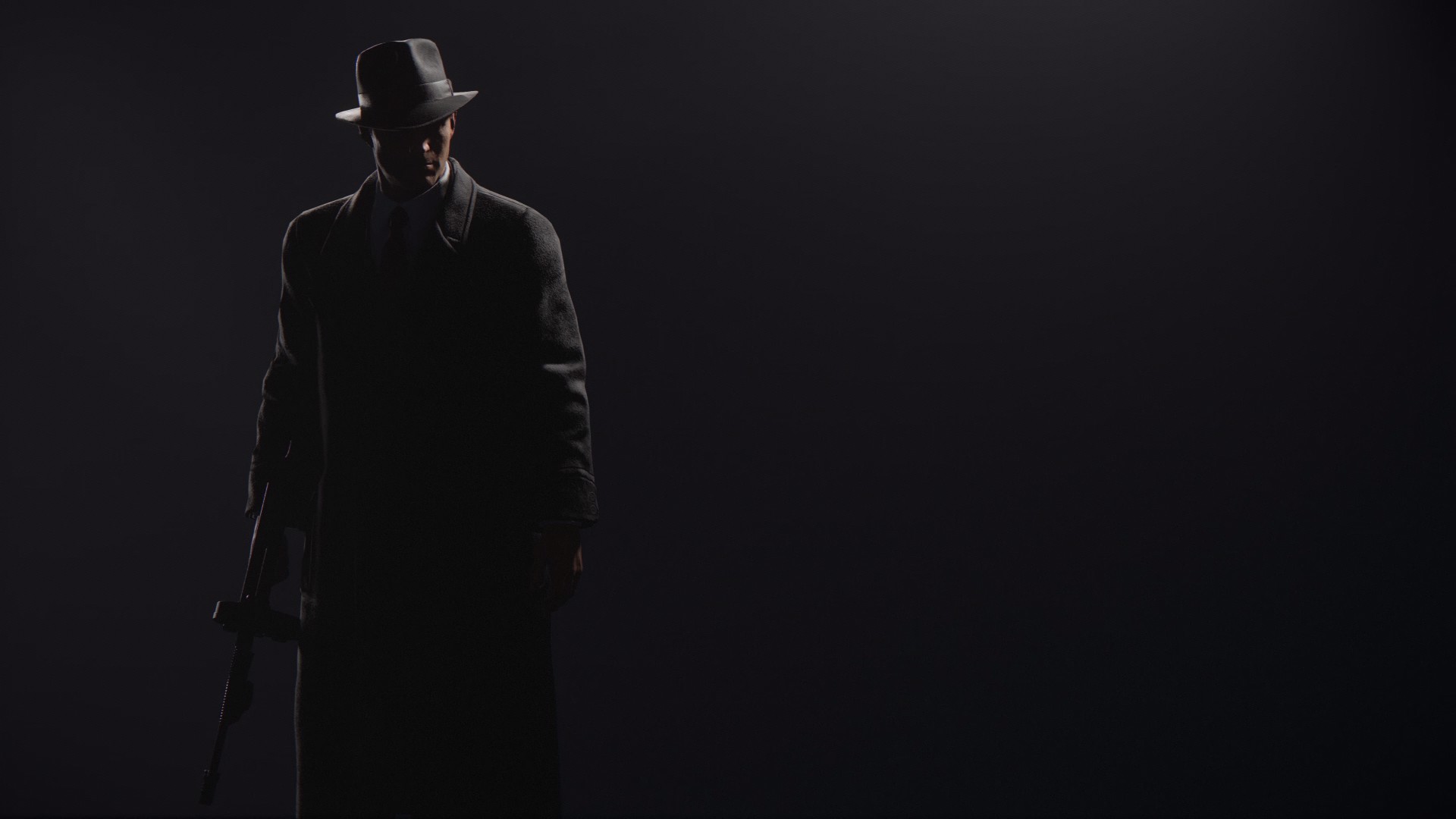 Note: This will not be a comparison to the original Mafia game this remake is based on. While this review does not spoil the ending, it will spoil an important character death as well as one of the themes of the ending.

The tales of the American Mafia have been around in entertainment for nearly a century, and some of the movies about these Italian-American gangsters have been considered the best cinema of all time. In the realm of video games, the best place to find tales of Italian-American organized crime would be with the Mafia series. Each game has taken place in a new setting and time period, but Mafia: Definitive Edition is a remake of the first game, which means a look back into where many believe the rise of the mafia began: the Prohibition era. While this game is very familiar to those who know the series, it still offers greater improvements to the formula that is worth playing whether you are a newcomer or a veteran of the series.

Taking place in the 1930s, you play as a cab driver in the city of Lost Heaven named Tommy Angelo. One night, two members of the Salieri crime family force you to help them evade other gangsters. Shortly after that event, the rival Morello family attacks you and your cab in revenge. You escape this attack and end up at Salieri’s restaurant, asking for his help with getting revenge on this attack. In return, you join the Salieri crime family, thus beginning the life of crime. 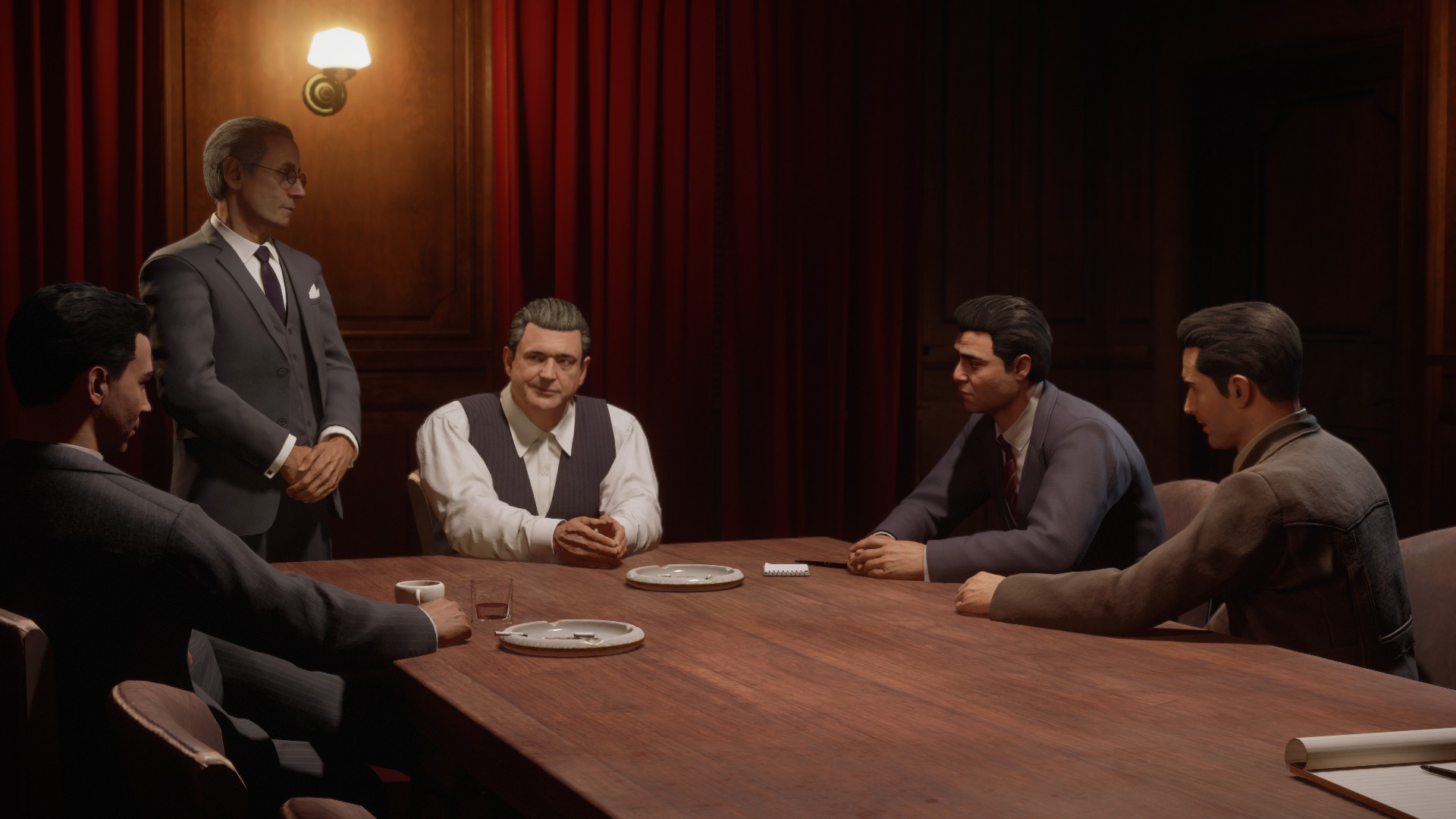 Over the years, the Mafia series has stayed pretty consistent on its strengths and weaknesses. Each game delivers a great narrative experience with solid characters, immersive worlds, and engaging plots. On the other hand, the gameplay has been a struggle for the series, with a lack of content and shallow gameplay being a common complaint. Mafia: Definitive Edition doesn’t try to challenge this notion, instead accepting it and focusing on what they do well. While it leaves the gameplay feeling shallow, I think putting the time and energy into their strengths benefits the game greater than trying to balance both.

A common narrative structure for gangster films is the rise-and-fall narrative, in which the main character rises in power while in the criminal lifestyle but loses that power in the second half. This game is no different, and there are even some other gangster movie tropes that can be found here like one guy trying to “get out of the life” but only ends up dead. It may not feel new, but I really like a good gangster rise-and-fall narrative, and this game fits the bill. The characters are fun to be around, their dialogue feels ripped out of a 1930s gangster’s mouth, the motion capture and overall look of the characters is top notch, and more. One thing that feels a bit different compared to other gangster narratives is that this game really focuses in on Tommy, his relationship with Paulie and Sam, and their character arcs, and I think that greater focus allows Tommy to be more fleshed out.

While the plot is really enjoyable, it isn’t without its flaws. For starters, this game does have a bit of ludonarrative dissonance to it, or the idea that the narrative and gameplay clash with each other. While I think Tommy’s rise into the mafia feels accurate, I felt like he was still shocked by the deaths of unimportant characters up-to halfway through the campaign, despite mowing down guys just before. While it isn’t nearly as bad as, say, Nathan Drake in the Uncharted series, it is still noticeable. The bigger issue I had with the narrative had to do with its length. This game needed more time to tell its tale, as for there are a few instances where its shortcuts hurt the narrative. For example, you spend the first half of the game scared by any attacks by Morello because of how big his criminal empire his, but once Salieri decided to attack him, it only took two missions to take him down. There is a cutscene somewhere in those two missions talking about how the attack on Morello took weeks, but trying to sell me on the idea of how dangerous Morello is then killing him as soon as you try to actually attack him didn’t work well. Maybe it’s speaking to the fragility of power in the mafia, but it wouldn’t explain why they didn’t attack sooner. Another example would be with the ending, as for this game tried to sell me on the importance actual family, but you only spend about five minutes in the entire campaign being in the same room with them. I usually want games to be shorter, but Mafia: Definitive Edition is an example of the opposite. 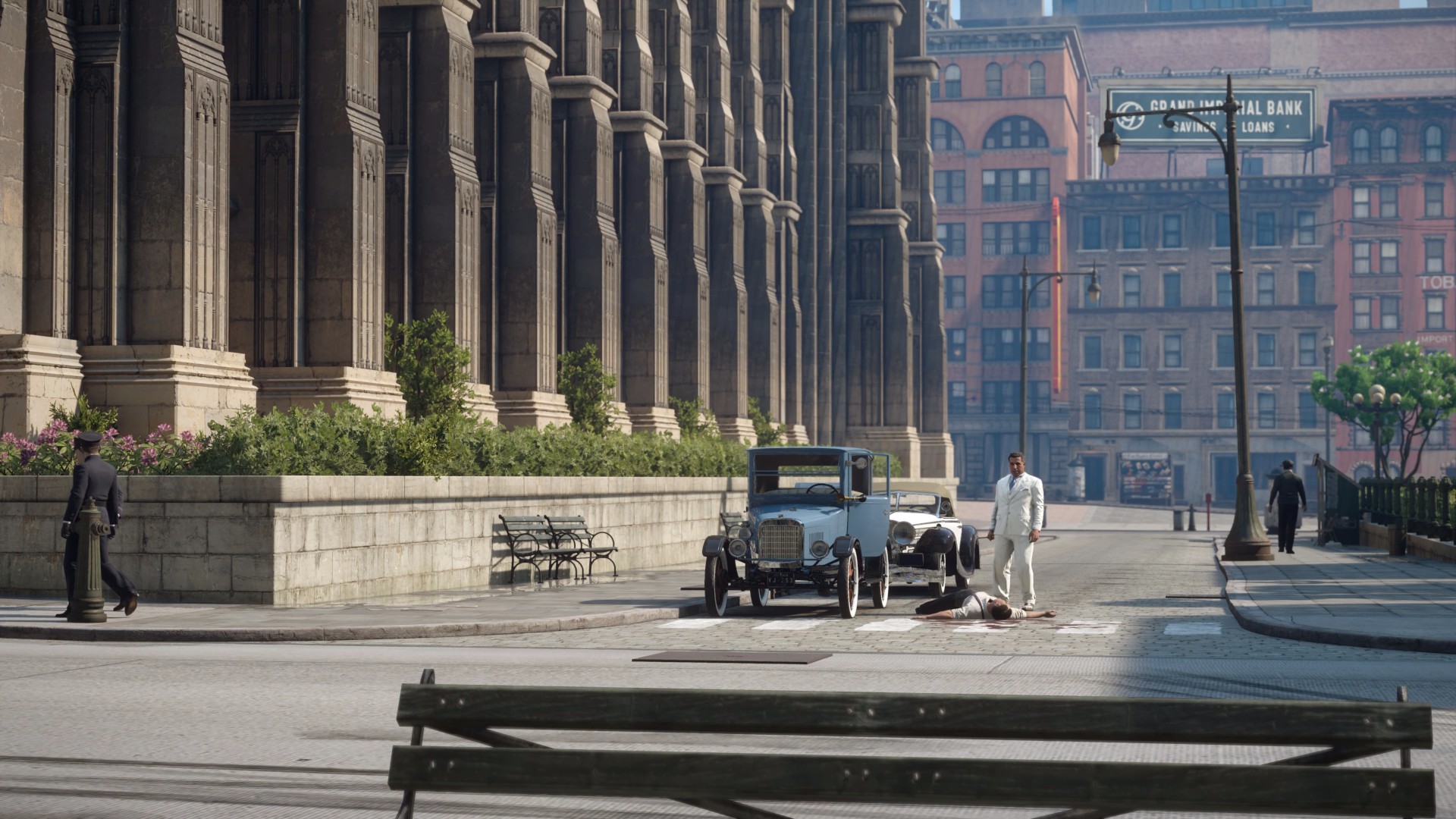 Don Morello is built up as this hot-headed but powerful antagonist, but is killed off easily.

One of the issues I had with Mafia 2 was that the game never really let you loose into its open world. This game solves this issue by having the campaign hold an even tighter grip and allowing free exploration as a side mode. Much like the second game, this game wants you to immerse into its world more than distract you with side content during its campaign (something I talk more about in my Mafia 2 blog), which means giving you essentially no freedom while in the middle of Tommy’s story. It’s an interesting choice, but one I’m fine with considering the game offers a way of exploration.

The gameplay during the campaign consists of driving or driving-related activities and mission activities. The driving in this game feels very similar to the other games in that driving feels very stiff but in a good way. Just like the other games, the driving includes stopping for gas and a speed limiter to drive safely around the cops, but one thing that is new are the options around driving. You can set driving to an arcade or simulation style, choose between automatic or manual transmission, choose how strict you want the police to be, and even turn off “non-essential” driving segments. They are interesting ideas for allowing the player options over how they drive, and while I disagree with the idea of a “non-essential” driving segment (something else I go over in the Mafia 2 blog), I’m at least glad the option is there. Another neat mechanic around the driving are these areas around the city where you can lose a cop car or two if you are in a chase. Going through these points shows a little cutscene of you swerving through construction on the road while the car behind you crashes. Having these points is a really cool idea, but the game never really commits to them because they disappear after the first mission. The driving takes some time to get used to, but there are some interesting settings that will at least give you the space to get used to it.

When there isn’t driving in the campaign, there are the missions. Throughout the campaign, I found a pretty good variety of mission types. Sure, this game has a lot of shooting moments, but there are also stealth missions, scripted driving segments, car chases, and more. On top of that, the actual levels themselves feel more open, allowing for more space and movement while in combat or stealth. The gameplay variety is there, but what isn’t so varied are the mechanics around combat, stealth, and the gameplay overall. A lot of the gameplay is as basic as it gets. Stealth consists of crouch walking, stealth kills, and seeing alert indicators. Melee combat is hit and dodge with some melee weapons thrown in the mix, and gun combat devolves into a basic cover shooter with only a few weapons to choose from. Collectibles take a trip back in time by being thrown into the corners of levels, making awkward moments of going out of the way of trying to save friends or getting shot at to pick up a comic book. There are no upgrades, no in-game economy, and overall none of the gameplay or open world innovations seen in current game releases. The gameplay feels like a flash back to the 2000s, but I think all of it at least works well enough to get by without any major complaints. 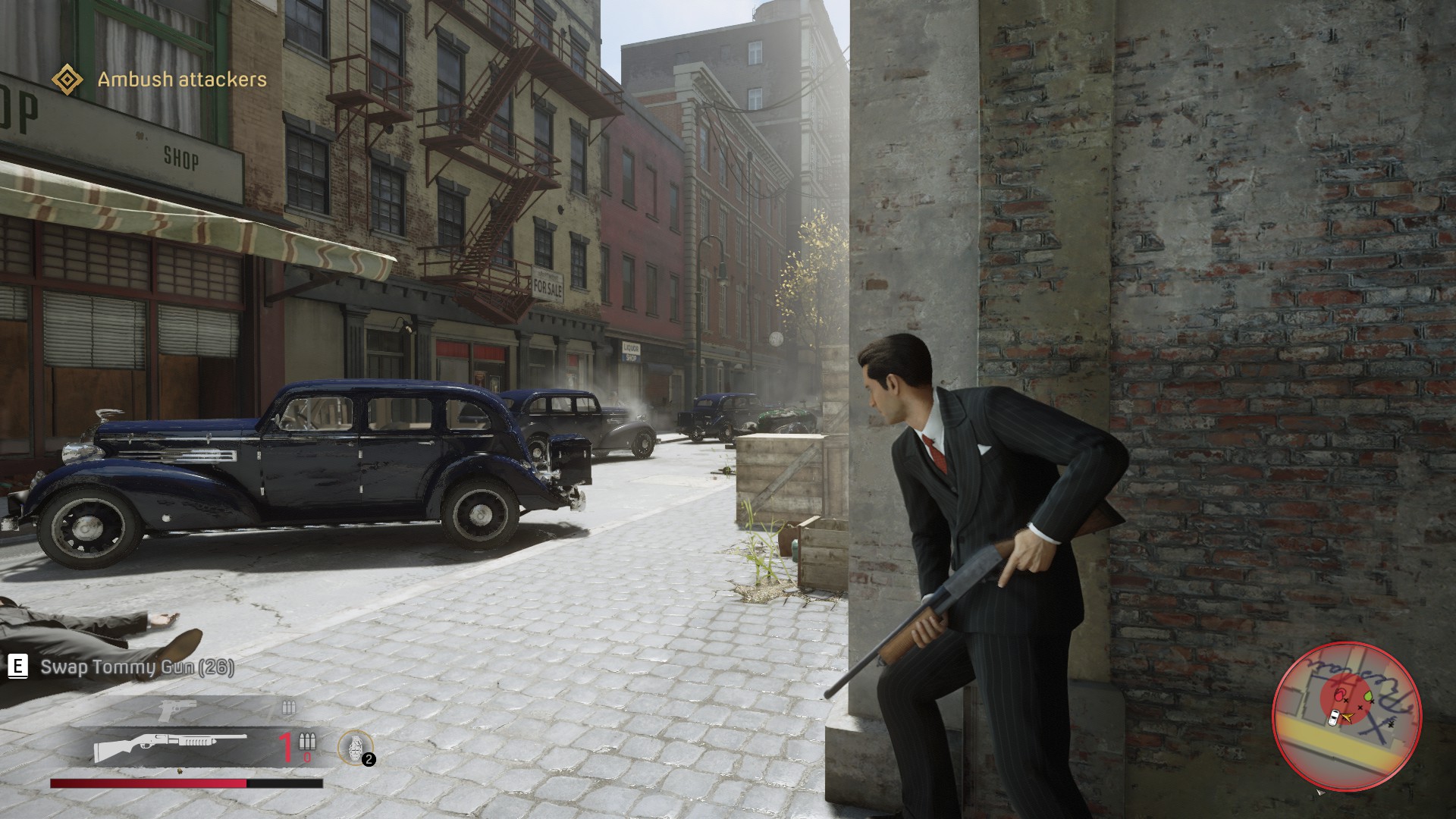 You take cover, and you shoot. That’s about all there is to it.

Outside of the campaign, you have the option to jump into Free Ride mode, which allows free roam of the city. I went into this mode with the mindset of Mafia 2 in that there won’t be much reason to explore outside of picking up collectibles, but I was gladly proven wrong. For starters, there are a bunch of collectibles to pick up around the area, but one type of collectible has a bit more to it. There are five postcards to collect at the mechanic’s shop, and each has a picture and a note as to where you can find a secret car. It was fun trying to find the cars instead of being told where they are, but the fun doesn’t stop there. At Salieri’s restaurant, there are notes all over that lead to locations where you can play side missions. The side missions are varied and can get pretty wacky, including chasing down aliens and killing a guy with a dog head. I like how the game essentially hides these activities and lets you find them on your own instead of just telling you where to look, and I also like how the game has fun with itself in the free roam mode instead of taking itself too seriously. On top of all that, the developers released a 1.03 update while I was in the middle of playing this game that added in a black-and-white mode, the ability to cab people around, and maybe some other driving activities (the update kept that information hidden). While it isn’t a jam-packed open world like a Ubisoft game, there is still some content there if you look for it.

While there is content in the open world, I actually found another compelling reason to keep exploring: the city itself. Lost Heaven is one of the coolest cities I have experienced in a video game, and it’s the only time I can think of where I kept playing an open world game just to stay in the world. The world feels like someone went back in time to 1930s Chicago, photoscanned the city, and plopped whatever they had into this game. The 1930s architecture, city layout, billboards, neon signs, cars, the city lights reflecting off of the cars and puddles, the radio and its wide array of 30s music, and more is one of the most immersive experiences I’ve ever had with a video game. There are also a few options in the world that help with exploration, like the ability to change time of day and turn off the HUD. The city of Lost Heaven is an incredible place to explore, and I loved every minute of being in that city. 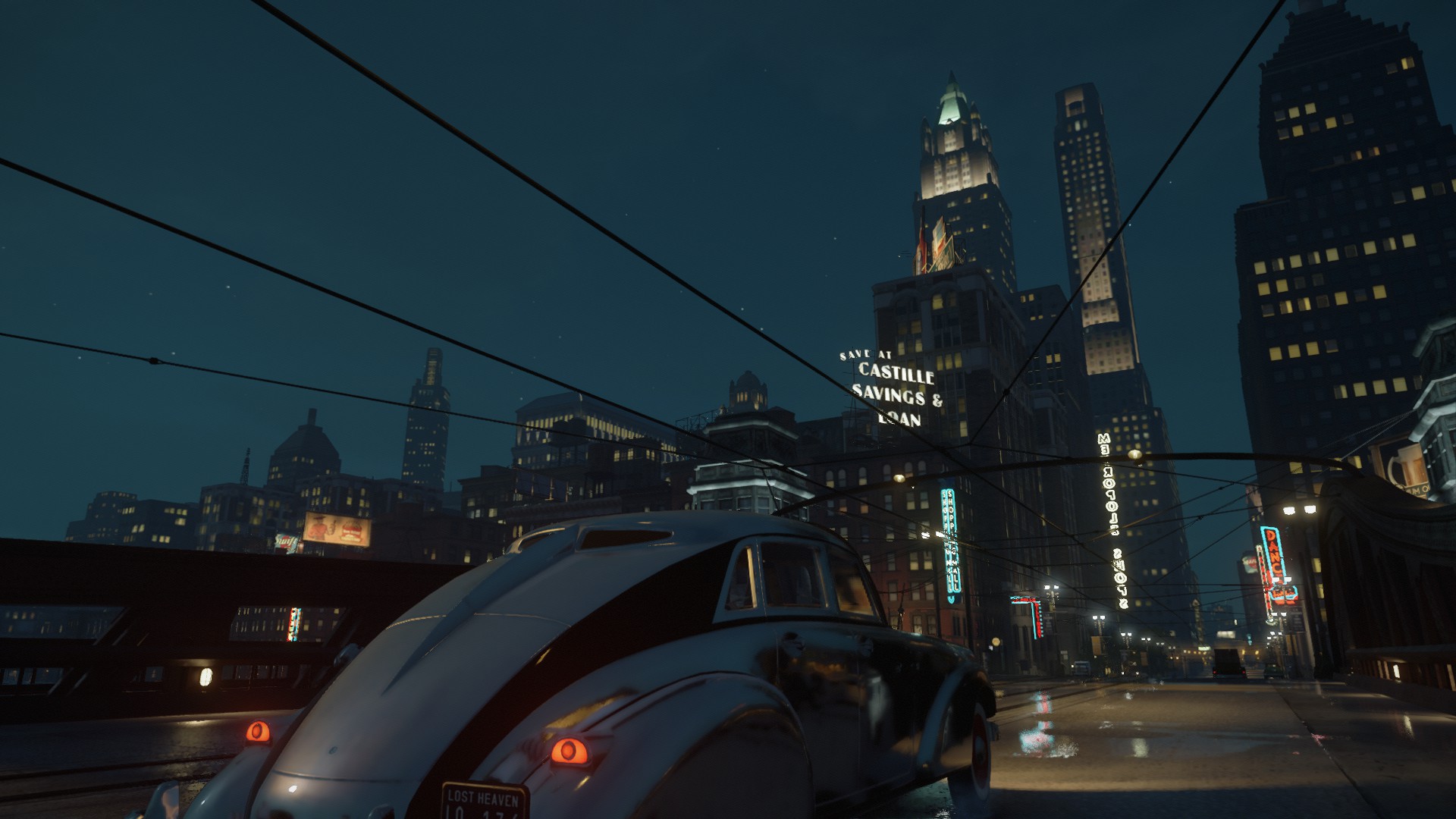 The city is a beauty, especially at night.