It’s hard to believe that nearly a decade has passed since the initial release of Catherine. Atlus’s quirky puzzle platformer and visual novel/dating simulator quickly became a cult-classic when it debuted in 2013, and it remains one of my favorite games to pick up and play. So I was excited to hear the announcement of Catherine: Full Body, an enhanced port for the PS4, was finally making its way to the Nintendo Switch. Last month, I had the opportunity to dive in all over again and check out what new story content and puzzles the remake had to offer.

Who Said Three is a Crowd? 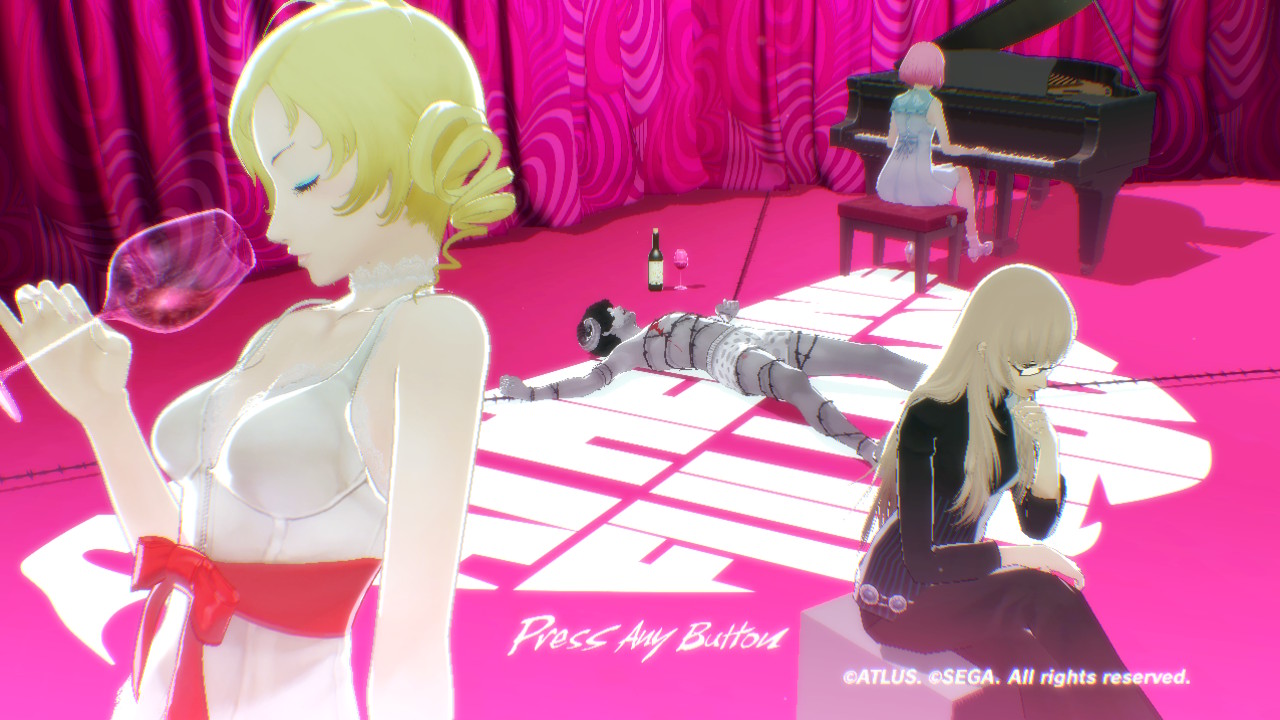 For those that are new, Catherine: Full body tells a captivating story of love, infidelity, betrayal and morality. It stars Vincent Brooks — a 32-year-old computer programmer. Up until now, he’s been in a stable, but stagnant relationship with his long-time girlfriend, Katherine McBride. As a stern, career-driven woman, she’s more than ready to tie the knot while Vincent remains apprehensive about taking their relationship to the next level. As he mulls the decision over at the Stray Sheep, the game’s local bar, he’s swept away by the alluring Catherine. His life begins to take a dramatic turn when he wakes up with her the next morning along with a bad hangover and a whole lot of regret.

As the indecisive Vincent has to decide who he truly wants to be with, Full Body decides to take the drama up a notch by turning this love triangle into a love square. Early on in the story, we’re introduced to the sweet, kind Qatherine — Rin for short — a mysterious young woman who Vincent saves from a stalker. Who Vincent ends up choosing in the end is completely up to you. Will you choose the stable but stern Katherine? The wild and impulsive Catherine who promises pure freedom? Or the endearing and naïve Rin? There are a ton of choices to make that can affect the story with over 13 endings to complete, and there's nothing stopping you from getting all of them. Personally, I adored Rin. Her route is entirely optional, but it brings out the sweet, caring side of Vincent that we never got to see from the first time around. This new story content helps flesh out the characters and breathes new life into an already great game.

Unfortunately, there were a few moments that I really didn’t like. The games portrayal of transgender people needs a lot of work. I can’t say too much without spoiling some of the plot, but if you’re familiar with the controversy surrounding this remake pre-release then you know exactly what I’m talking about. Sadly, I know this will be a make or break for many players.

Think Outside the Block 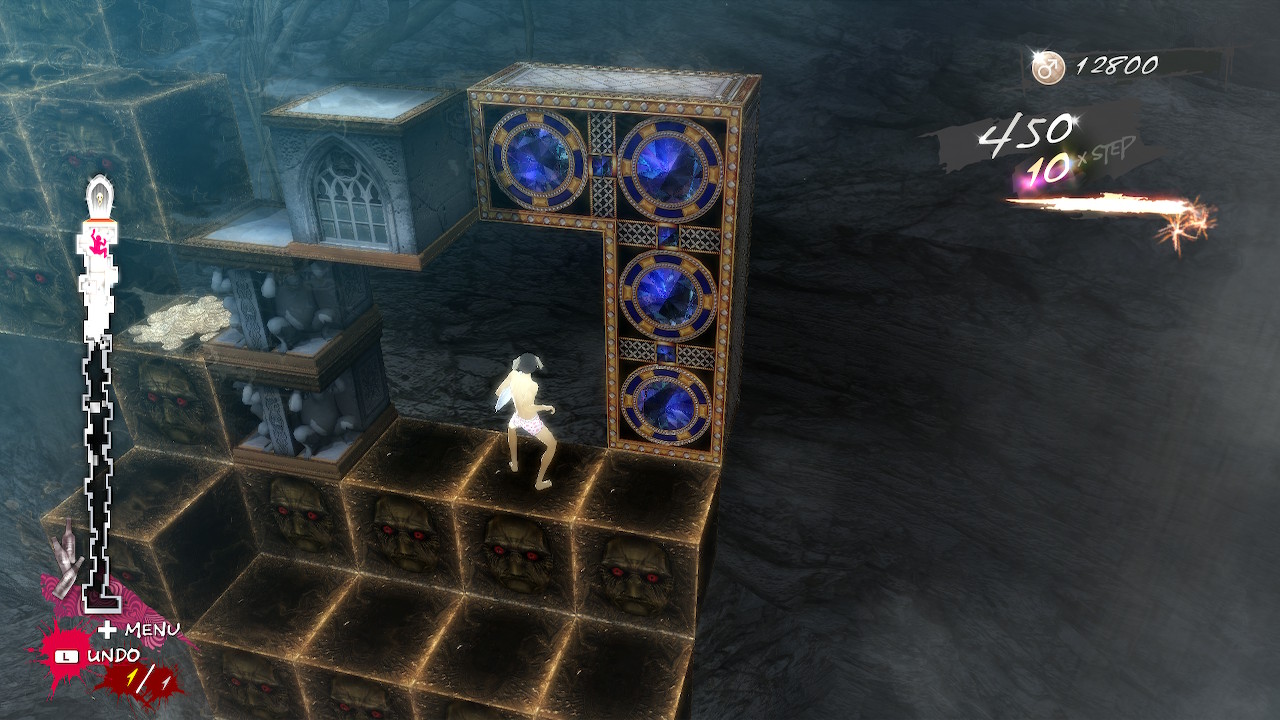 The core of Catherine: Full Body is the challenging and complex puzzle stages that you play through between the story. As Vincent dodges the ladies in his life during the day, his nights are plagued by vivid, horrific nightmares. You must guide Vincent to the top of a crumbling tower as he makes his way to freedom. But if he dies in the dream he dies in real life. Each stage has its own theme and mastering the tricks of each trial is the key to making it out of the nightmare alive.

There is now a remix mode, a safety mode, an online versus arena and a handful of brand-new puzzles. Safety mode is perfect for those who just want to sit back and watch the story unfold. While remix mode is made for veterans of the original game who are looking for a new, rewarding challenge. Unlike other modes, you can move combination blocks – kind of like Tetris -- that move as one piece. If you choose the remix mode it also carries over into the game’s Rapunzel mini game at the bar, which is a nice touch. 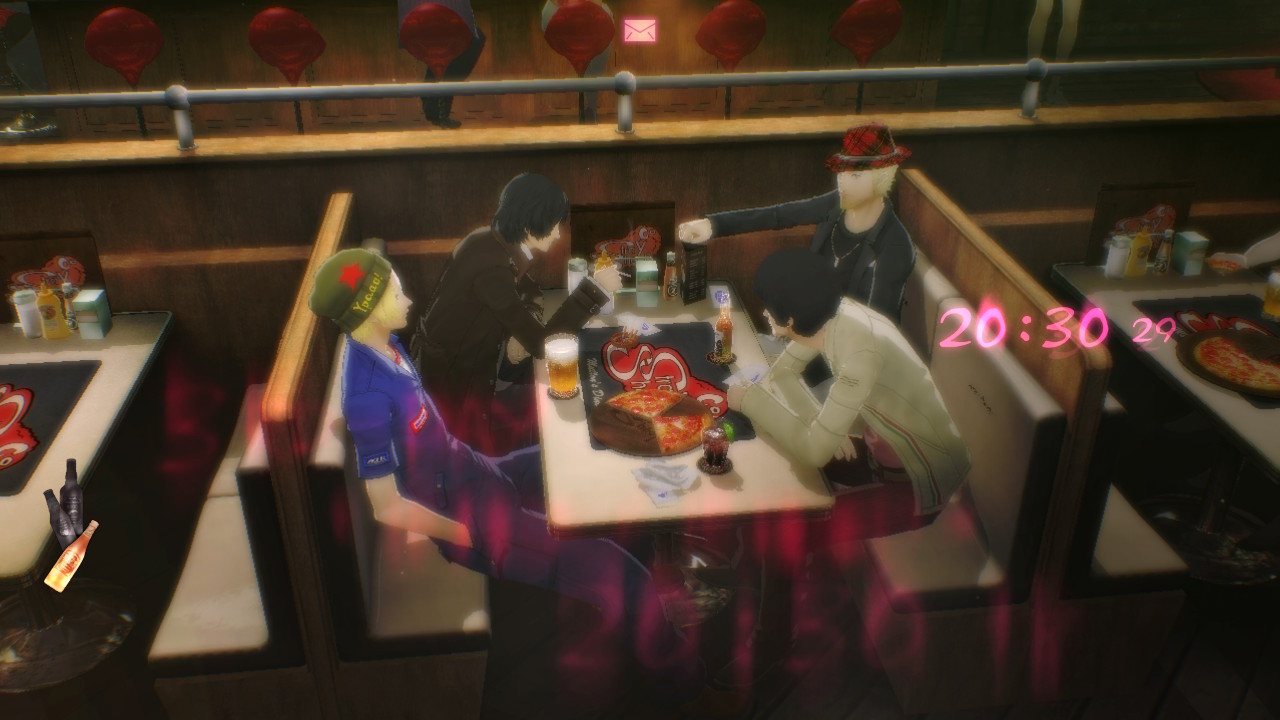 One of the best things about Catherine: Full Body, and its predecessor Catherine, is that there’s really no end to the gameplay. Now that I can take it on the go, I love jumping into the game’s Babel and Colosseum mode for some block climbing outside of the story. You can play with two people for an extra challenge or just by yourself. There’s even online multiplayer if you’d like to compete with another player from around the world.

It also wouldn’t be an Atlus remake without some fresh costumes and a little DLC. In addition to characters like Catherine and Katherine, Joker, from Persona 5, joins the roster in Babel and the Colosseum. He even comes with his own theme music! I won’t spoil it, but there is a cool scene if you choose to play as him during the Babel stages.

Having played the original title countless times already, I was worried that the introduction of a third character would take away from more enjoyment. Fortunately, Rins story arc only enchanced my experience. While I wouldn’t say there’s a whole lot of content to justify the $60 price tag if you've already played the game before, I would still suggest trying it out at some point. if you’re looking for a mature, adult title on the switch, you won’t find any else anything else like Catherine: Full Body.