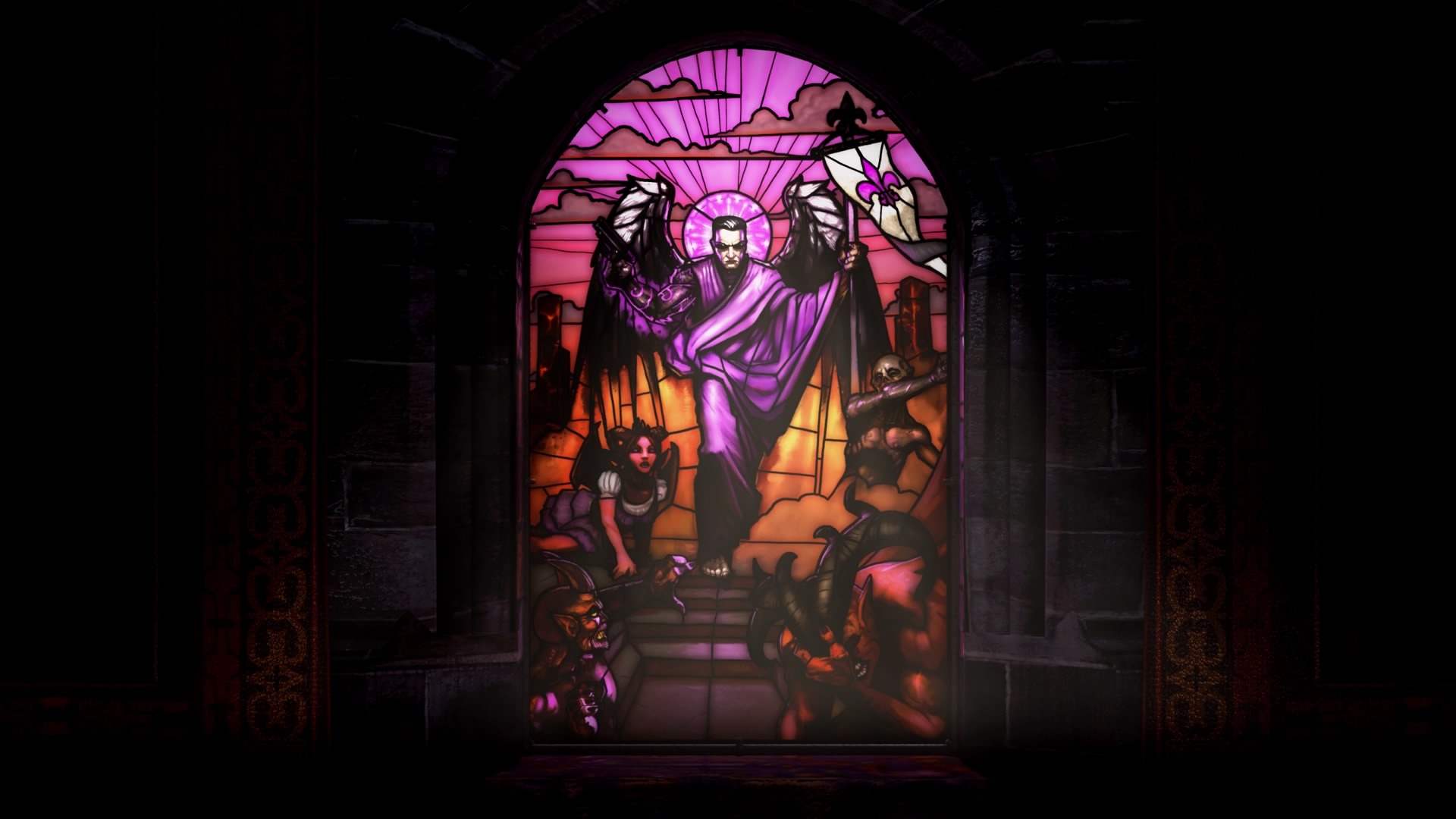 First, the killing is of other gangs. Then, of government agencies. Then the aliens followed. This time, the killing gets biblical. The dance of death with Satan may not be as long as with the Zin, but it is a standalone title, which means it’s an entry for my rank nonetheless. You can find the rank itself at the bottom. With that said, let’s get into it.

Taking place after the events of Saints Row 4, this game starts with a birthday party for Kinzie. A group of the partiers play around with a Ouija board when it suddenly sucks the boss through a portal to Hell, proclaiming the boss will be wed to Satan’s daughter. Johnny and Kinzie decide to go to Hell to save the boss, but doing so requires the help of some historical faces.

Since this is a standalone game, I went into this game fully expecting a smaller experience. While that is certainly the case, I actually found the change to be quite enjoyable. While it is missing a few key features like a traditional questline, it still has a lot of the trappings of Saints Row 4, and I actually prefer this game being a more condensed experience. This isn’t to say I wish every game from now on should be like this, but having this game as a shorter experience as well as a few other details made this experience much easier for me to get into.

The biggest subtraction from this game is the removal of a traditional questline. Instead, the game has a system similar to Far Cry 5 in which activities you do in the world fill a resistance bar, and hitting certain thresholds of that resistance bar unlocks a mission. It’s an interesting way of handling a campaign, but one I am not a fan of considering this series does a good job at mission variety. What’s even worse is that this game introduces some neat characters like Blackbeard and Vlad the Impaler, but you don’t really spend much time with any of them. While there are some negatives to this new campaign style, there are also some unintended benefits to it. Mainly, the humor is toned down. Don’t get me wrong, it’s still definitely there, and there is a painful musical cutscene to make sure you know it’s there, but the shorter length and choppier missions doesn’t allow the humor as much time to shine as the other games. This is especially helpful considering the main playable character is Johnny Gat, a character I’m not fond of. Outside of the humor, I really liked the Hell setting and Medieval tale theme, and the five endings to choose from set up some interesting paths future games could take. The story is short (taking me less than four hours to complete), but I found the benefits of its shorter length to outweigh the drawbacks. 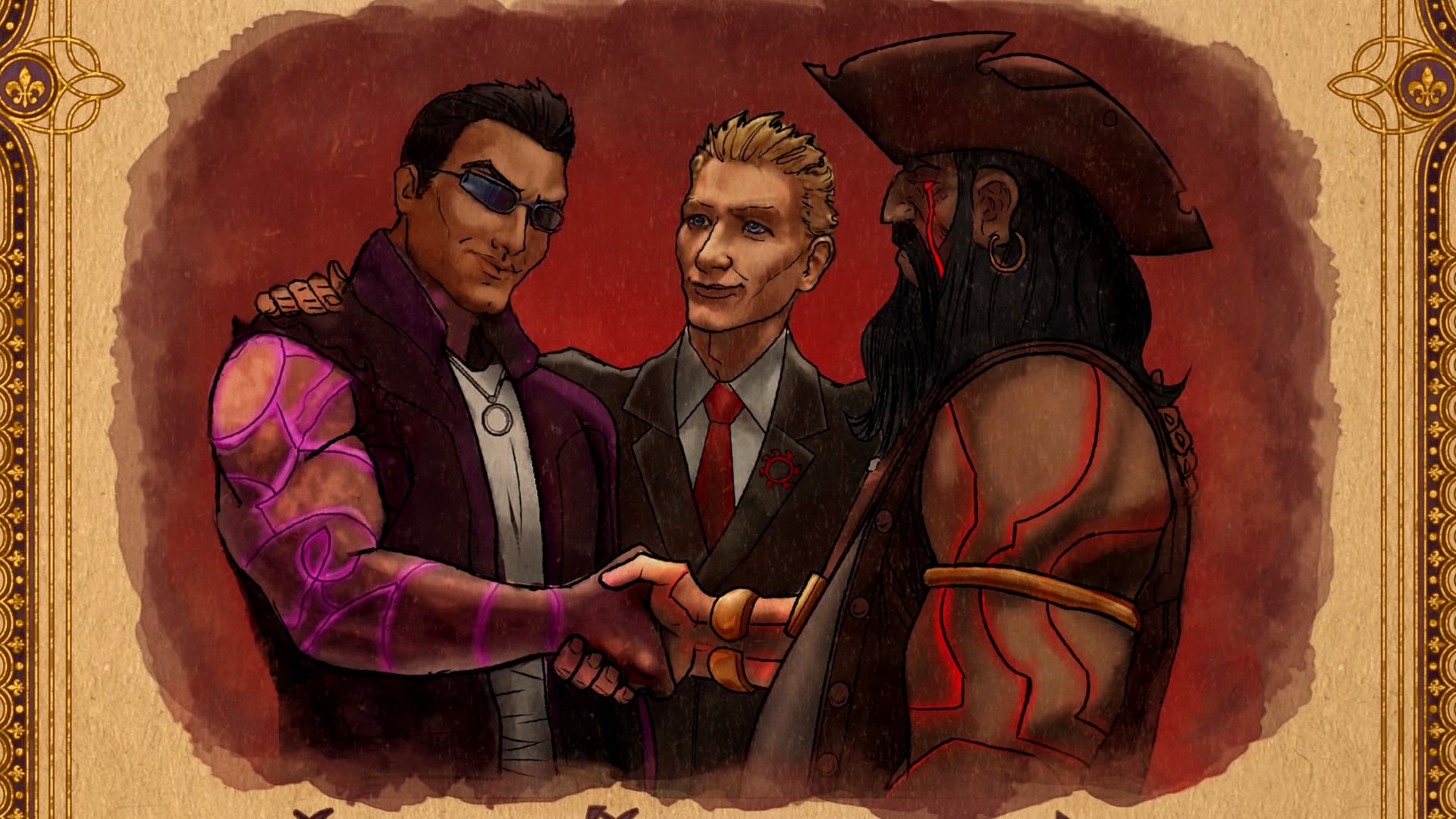 There are some neat historical characters in this game, but you don’t really spend any time with them.

While Saints Row 4 to me is more of a greatest hits album than a sequel, Gat out of Hell does a better job at being a sequel despite its smaller size. While there is a lot of similar DNA between this game and the two preceding it, there is just enough new or different here for me to notice, starting with the open world. It is a smaller map than Steelport, but its Hell theme and new layout feels fresh and fun to explore. Same goes for the activities. There are the repeats like Insurance Fraud, but there are some new noteworthy ones as well. Marshalling Grounds involves interacting with control points and taking out a boss in a giant underground pit, Extraction Facility involves entering a factory and capturing three points on the map and defending them from being taken back, and more are both new and fun, which is noteworthy considering the game’s campaign style.

Just like 4, this game has its own share of Hell-themed powers. While most of the powers are either the same or similar to the last game, there is one notable addition here: flight. Well, it’s more of a really fast glide, but you get the point. Flying in this game is a lot of fun, and the various upgrades surrounding it make flying even better. Another new ability I found interesting is the ability to spawn an imp that attacks others, though it was more novel for me than anything. The powers were fun in the last game, and that plus the addition of flying makes it even more fun the second time around. 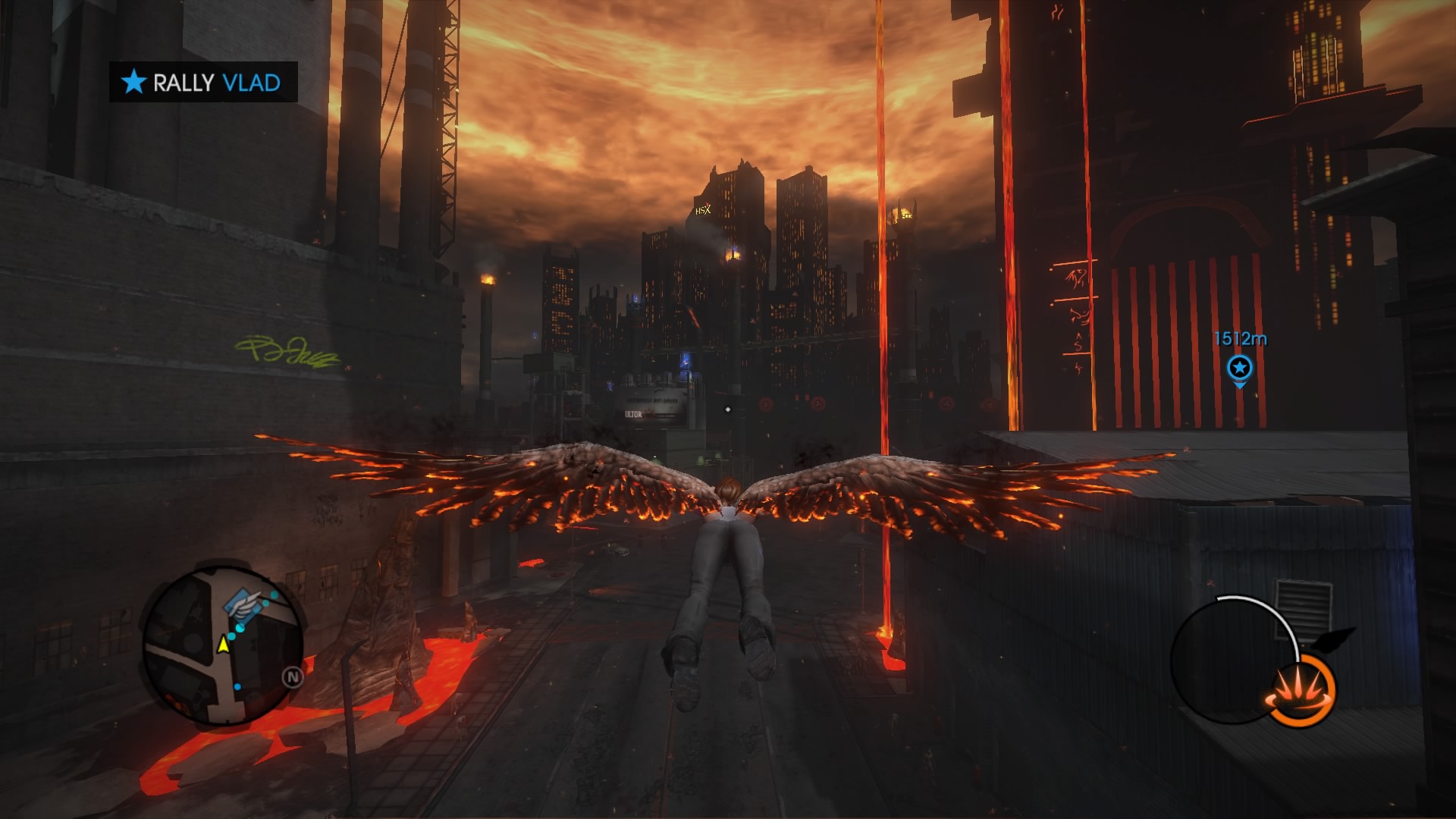 The ability to fly and the map’s size meant not even touching a car.

Weapons in the last game didn’t make much of an impact on me, but this time around is different. There are less weapons in this game, but there are some new ones that are fun to use. Keeping in line with its biblical theme, this game includes seven weapons based on the seven deadly sins, and I found all of them to be a lot of fun to use. Also along those lines are the upgrades. They are the same exact thing as the last two games, but the big difference here is that they unlock a lot faster, as for money and respect earn rates are a lot higher. I believe these games are at their most fun when you have most of the upgrades, and this game simply allows you to experience that quicker.

In conclusion, Saints Row: Gat out of Hell is a surprisingly solid experience despite its standalone nature. It’s missing a fair amount, but I found the subtractions to be beneficial in a surprising amount of ways. Plus, the Hell theme and the ability to fly make for a fun time all around. Because of all this, I am putting this game at the number two spot between Saints Row: The Third and Saints Row 4.

2. Saints Row: Gat out of Hell