GreedFall Review - 'A game that looks and sound better than it actually is ?' 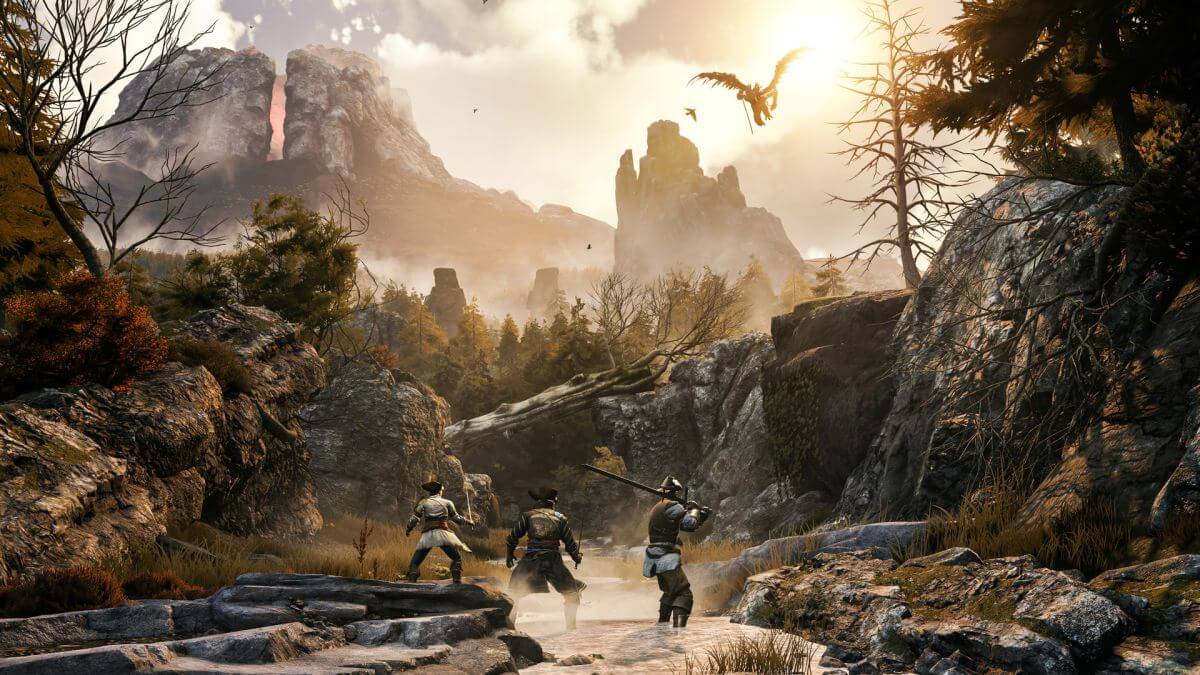 GreedFall is a game about diplomacy, politics, religion, exploration, adventure, mystery, and also a game about a lot of running around delivering messages like a courier boy. A game with a cool and expensive concept that can be a blast if done correctly, but can also be an awful mess if poorly executed.

Developed by Spiders, the game takes place in an antique setting, with beautiful lush areas, mashes, and big thriving human provinces, one of which our character is first introduced, at Serene, an old city, and one of the most important ports in the continent. Suffering from a lethal plague that has been consuming its people, and without a cure on the horizon, people become desperate, and the once-prosperous city is seen at the verge of failure.

De Sardet, as our character is called is a noble young man/woman, cousin of the newly elected governor of New Serene, and colonist at Teer Fradee, an island far away from the continent, and with a lot of promises, either for a cure for the sickness that afflicts the people at the continent, and also prosperity for the colonists, as the island is extremely rich, with many unique plants, creatures, and minerals. Prosperity is at door, but that is not without any challenges, for the island is teeming with dangerous creatures, and various tribes of natives who fiercely fight to protect their customs and beliefs, and are quite aggressive when it comes to do so.

GreedFall truly has many great features, such as a compass at the top of the screen, instead of a minimap, which helps by not taking the player’s attention away from the action; no stamina, which is great for a game such as GreedFall, with many large open areas that would be too time-consuming to explore if we had to wait for our stamina to regenerate every five seconds. Another thing I liked was how well the narrative played — for some reason the game really got me invested and apprehensive for some characters and their stories; characters acting, their expressions and voice were absolutely astounding and really great, most of the time, at least.

Now on the negative note, the game had many, many shortcomings that affected the experience in an extremely negative way. First, for me what was the biggest issue is that, after you leave the tutorial area and reach the island of Teer Fradee, where the story starts to unfold, about 1-2 hours into the game, you’d already see at least 80% of what the game has to offer. The content is very limited, and that’s a seriously big issue for an extensive game like GreedFall, where variety is one of the core characteristics of a game to keep players invested with the world and the story.

In the first twenty minutes outside the main town (not the tutorial area), while exploring the wild, you’ll encounter a few groups of wild animals that are separated into small packs, these will repeat over and over until you complete the game, with the only difference being some ‘Alpha’ (a variation of the same creature, with increased stats and size, as well as a different appearance) creatures will start appearing as you progress through the game.

Bosses in this game also follow a similar concept. They are creatures that were once humans and turned into giant, nature-themed monsters that slay those foolish enough to approach them. You encounter a few of them in the main path of the game, and a little more if you search well enough. The only problem with them is that they play very similarly, and while you may encounter a bunch of them, their changes in move-sets and appearances are simply slight tweaks that only help differ one creature to another. They fight the same, they look the same, they are essentially the same, and this pretty much sums enemy variety in the game. 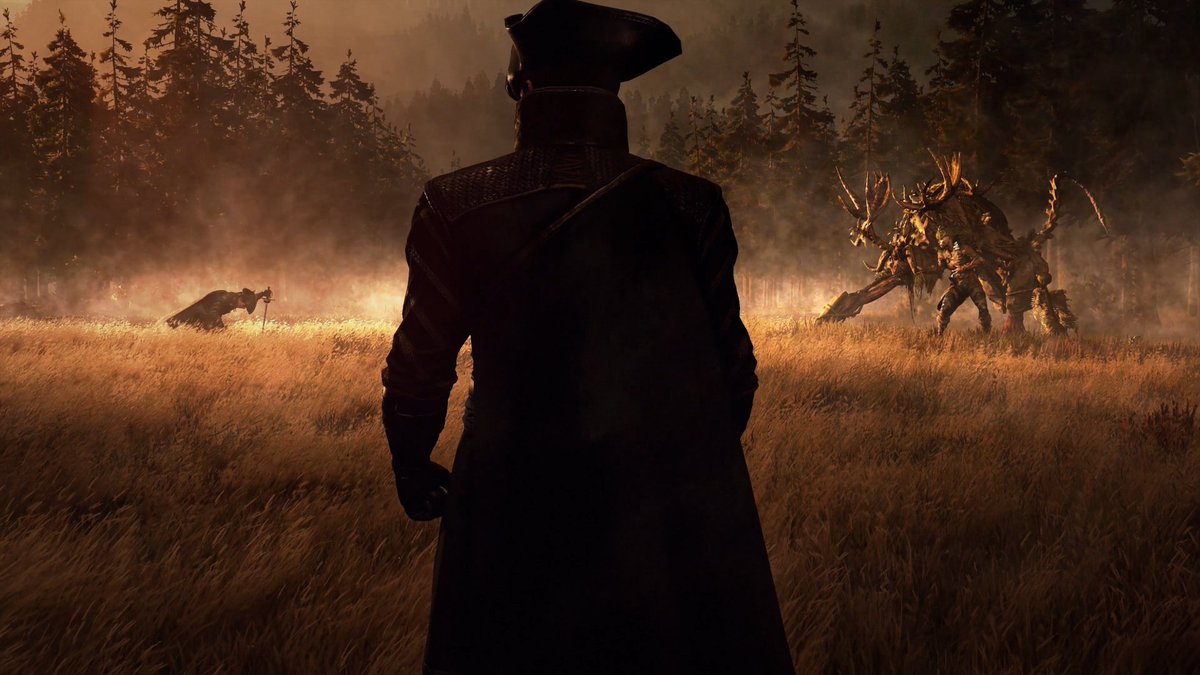 Apart from the limited content, the game also has many flawed mechanics, that, again, had an extremely negative impact on my experience. Some skills have very little incentive to be used, sneak is somehow more broken than in Skyrim, some lines of dialogue don’t make much sense and charisma (the skill) is broken; traveling across the world gets immensely boring and repetitive after a while, combat is a bit clunky, loot is also awfully limited and that’s just to name a few.

To add some commentary to my claims: while sneaking you can literally walk past the field of view of a hostile NPC with a caravan of people following you, and they don’t find it odd in the slightest; you don’t have a non-lethal takedown option, so you’re obliged to kill random people on guard duty when you’re supposed to be a diplomat — couldn’t be more off-character. Charisma makes all your dialogue attempts to convince someone a 100% success with just three points spent. As I stated before, limited content makes exploring the world extremely repetitive, in consequence, the game gets terribly boring after a while. Loot, what drives nations across the world is one of the game’s weakest points, and I only changed my gear twice on my entire playthrough. Combat wasn’t necessarily bad, but it wasn't the greatest thing; some painful inconsistencies such as an attack that was supposed to never miss missing, a character that would get staggered with a simple action such as an enemy raising his arm, and my companions dying on the first 2 seconds of every fight were what broke the deal for me.

All that stacked up made the whole experience highly negative, and in the end, what started great and promising was just another visually astounding game with lots of flaws and shallow content.

Visually, the game is amazing — the settings, the graphics, lighting, and colors all work extremely well together. Apart from a few complaints I have such as film-grain and motion-blur you can’t turn off, the visuals in this game are no joke. Walking through the alleys in the very first city was unique. The architecture of the houses, the sun painting the streets with its invigorating yellow glow, and all that contrasted by the suffering and misery of those afflicted by the plague... A beautiful city stained with disgrace and decadence.

One of the most visually pleasing and realistic game I’ve played so far, plus the world is uninteresting just like ours. A whole dose of realism if you ask me, the icing on the cake. 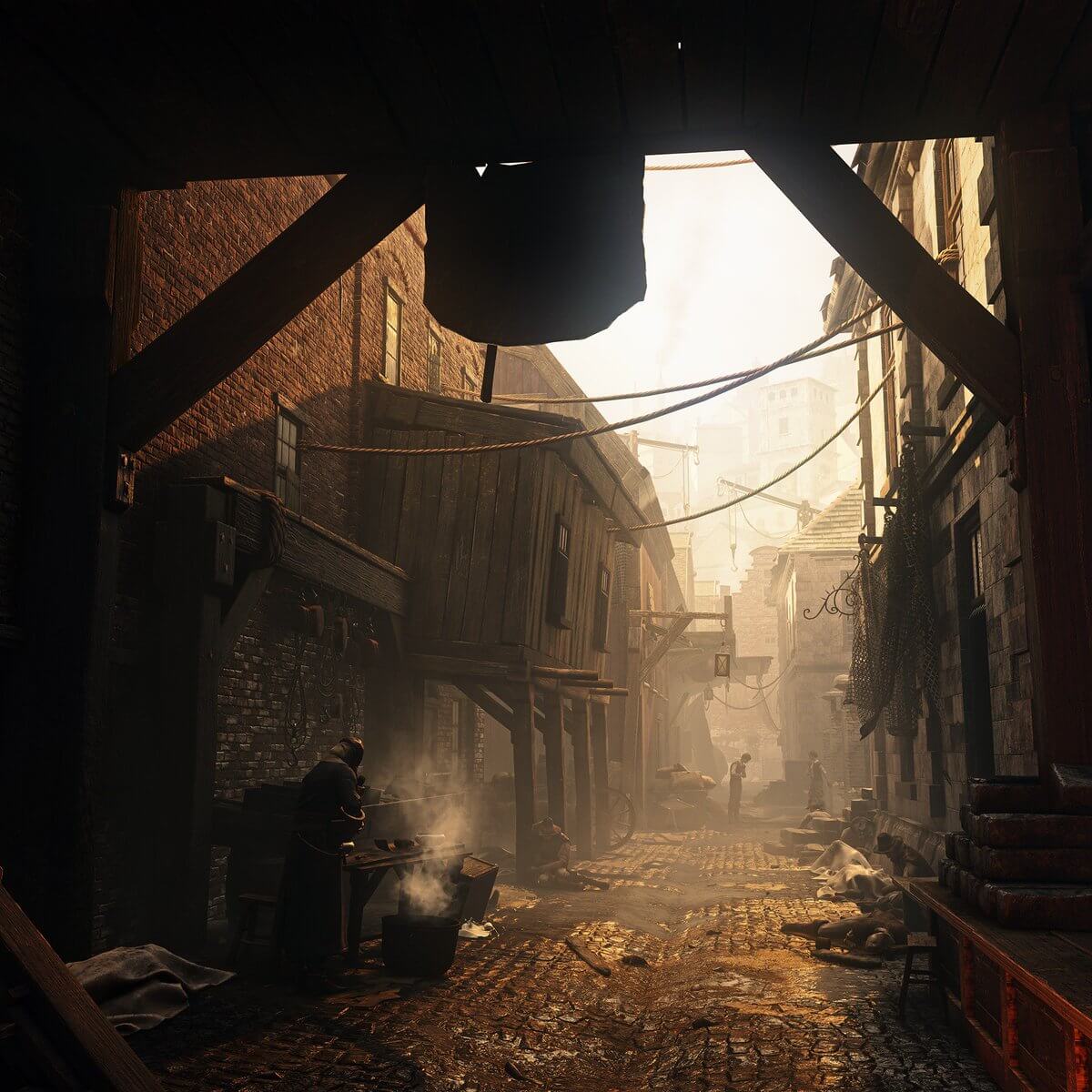 GreedFall is a game that had a promising start but it didn’t take long before it showed its ugly side. The game had a few glimpses of quality content here and there, but for the most part, it left a lot to be desired. I’m a firm believer that graphics don’t compensate flawed shallow content, so even though there were some ‘wow’ moments in this game, they were brief, and the reality was right there at the turn.

Yet, despite all its flaws, I still managed to somehow enjoy the game, even if slightly, so even though I can’t guarantee this game will be fun to you, the possibility is still there.

- How do you do fellow humans ? Caius is the name ! I too am a breathing non-metal made human just like most of you. One thing that I do really well in life is complain about everything that exists, so I decided to join my passion and inner hate to create some beautiful, master-crafted opinion-based content destined to inform those interested in knowing more about specific games or genres, or those who just wish to know how others feel about a title they just finished.

How do you do fellow humans ? My name is Caius, handsome creator of Retro_Vision, and, like you, I am an avid gamer, lover of the beauty games can bring to us in the hard moments of life. At Retro_Vision, my content is intended to be informative and useful to others interested in knowing more about specific games or genres, or those who just wish to know how others feel about a title they just finished.

The games I like playing the most are RPGs, Sandboxes, Adventure, and Story-Telling, but I never limit myself and I play anything as long as it looks interesting.

If you wish to know more about me or about Retro_Vision, you can refer to my website (retrovision-reviews.com), which has plenty of content similar to what you see from me here at Destructoid, as well as all the info that may come in handy !

As every NPC in a game I very much enjoyed 9 years ago would say: "It's a fine day with you around !"