Galerians: A 10 year retrospective of how a game got me into writing. 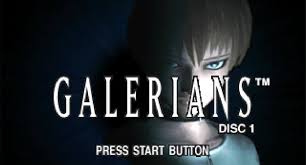 In my previous blog entitled 'Backlog Special: Top 10 PlayStation Games', I mentioned how a game called Galerians came to my life out of the sudden by helping a college student with his report on such game. As I was writing that, I realized I could expand on that important piece of story of my life in a separate blog, so here I am sharing this after 16 - 17 years of that event while complementing it with how my writing has been since then.

This story's background is as follows:

"I knew about this game as one college student suddenly came to my mother and I asking us to help him with a college project he wanted to do but few people pay attention to play Galerians using his printed guide and see how it could work. I know that right now that sounds kinda weird considering one can easily find guides on the internet very quickly but that happened back in 2004 or so. Wanting to help him, we accepted and I started playing until the end of disc one which was the only disc I was given access to and then returned it to that guy. Everything was a success as his guide not only helped me who was new to gaming but also convinced me to play the game. I don't know what happened to that guy after that but I will be forever thankful to him."

And this is what happened next:

The game's premise (psychic powers) clicked with me since day one and as a boy with no Internet connection and nothing else to do but going to school and staying at home I thought: "The guy who wrote that guide did it out of the love he had for this game and it came out pretty well for him, I will try writing something, too". I was 10 years old with not writing knowledge in my native language (Spanish) but the ideas just keep coming in and my mind was storing them all until 2006 when I finally decided to start writing a fanfic short story being Galerians, Parasite Eve II, and Resident Evil the basis of it all. The name for my fanfic was one I always have ready, and that name was: Experiment Ber.

Random fact: Experiment Ber is from where my nickname comes from. Taking Ex from experiment and Ber from well, Ber, Exber is spelled.

Experiment Ber's premise is this one: Ber, a rookie police officer who wants to be a detective, finds himself as the police's only member capable of dealing with people behaving strangely and aggressively inside a mall out of the sudden and that leads him to want to find the root of it all including what made them behave like that and why he, of all people, is the only one able to deal with them.

I wrote the mall section for months until putting my ideas into place and finishing Experiment Ber, which by that time was a stand-alone chapter. Lots of semantical, grammatical and punctuation mistakes were made and yet I used that script at school for a talent showcase and while most people didn't understand what they were listening to, my school teacher saw my passion (it took me the whole morning to say it all as I used to suffer from stage fright) and congratulated me with something more than just a score but with words to keep doing what I liked. Such words meant the world to me and with that, Experiment Ber 2 was born.

With High School starting right after that, literature was a subject I wanted to take advantage of as I was pursuing writing while being oblivious of it. I wrote an original short play in Spanish for 8th grade but then English showed up. Where I live, Venezuela, public schools don't teach English so it was but in high school where I could see if my writing worked in that language, and while my grades were the best on that subject and on that subject only, my writing wasn't that good in that language despite being able to translate and understand movies and JRPGs in English. I remember playing through Persona 3 FES with my two older brothers watching and one of them asked me if I knew what the characters were saying. I answered that I could understand most of it not to get lost in the game and then my older brother (who knows English, too) asked me to translate it for him from English to Spanish. I did as asked and both of them agreed that I needed to take full advantage of my English skills in any way. I wasn't flattered or anything, I was just curious as to what I could do and guess what? A video game held the answer. I had this urge to play Resident Evil 2 for PC so I googled it and I found GameSpot where I downloaded the demo only to see that I could write about games in there by clicking 'blogs'. I wrote my very first blog in 2009. 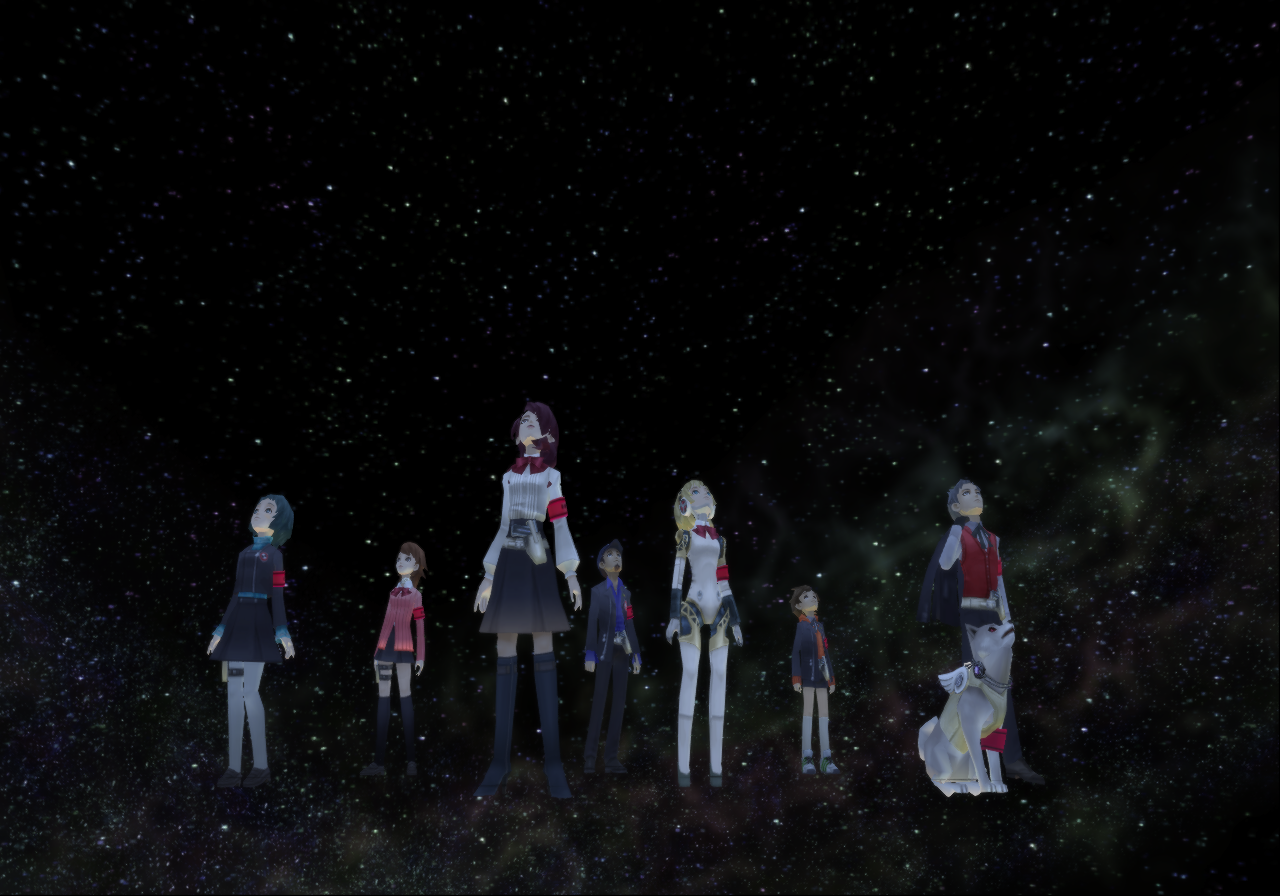 I fondly remember that moment.

When I entered 9th grade I was already known in high school due to my English skills while I just wanted to improve my writing in this language that I found to be good at. Little did I knew that Spanish was ready to strike back. My family saw this sudden writing of mine as a phase or temporary hobby that would go away as soon as I entered high school but *plot twist ahead* I met a girl who ended up being my girlfriend, so I was set to experience another source of inspiration: love. While Experiment Ber was in its fifth chapter by then, I began writing small verses in Spanish for her in 2010. One thing leads to another and then I wasn't only known as that boy who excels at English but also, as a poet. Time passed so fast and my writing was primarily focused on getting new blog ideas and new ways to write verses and poems for my girlfriend. It was but in late 2010 when it finally hit me: I had established myself as an aspiring writer. After acknowledging that, my stage fright started to dissipate a little as I liked reading poems out loud at birthday parties for friends and family, for my girl and most importantly because I was going to start college in 2012 with Modern Languages being my career of choice, so I needed my voice to be heard. Come 2012 and well, everything changed.

Right off the bat, I combined gaming and English for my very first English speech at college. We were asked to talk freely about a musician and I chose Shoji Meguro. Again, most of the listeners were oblivious of what they were listening but unlike in 6th grade with Experiment Ber, they understood my English and congratulated alongside my English professor for being true to myself. That event, again, meant a whole lot to me and while I thought I was settled in my writing, I had to migrate from GameSpot to GameInformer. I couldn't have thought 2013 was the beginning of my golden time as a blogger. Having realized that Spanish wasn't the language where my writing resided, I began reading and learning about English writing, and just like that, I was learning how to be an English teacher and a better writer myself. 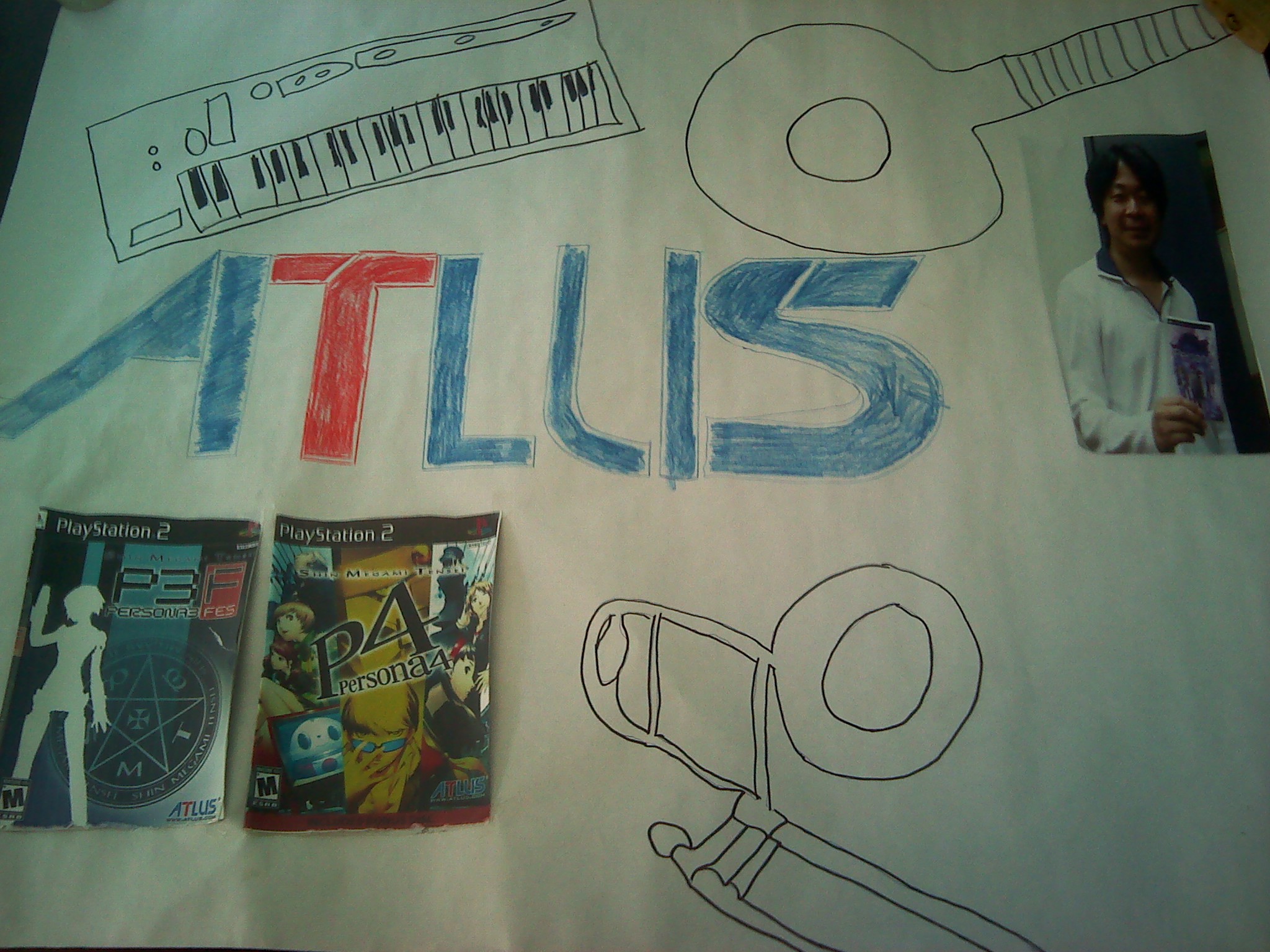 You had no idea much I practiced that speech.

From small blogs to long ones, my Retro GOTY lists, and community writing challenges I quickly develop a blogging schedule that consisted of posting on a two-day basis. As for the community writing challenges that used to happen every Thursday, the first one I wrote was about Final Fantasy VII, and when I saw that blog showed up alongside other ones on the front page I couldn't believe my eyes. I started blogging to my heart's content and little by little I was already a known blogger over at GameInformer. Back to college, in 2015 I saw English Reading and Writing and if I had any lasting doubts about my writing in English by then, they all were wiped out. My professor congratulated me and even used my writings in other subjects making me famous and kinda hated in college to the point where I had to tell her that I was very thankful but I didn't like to have that much attention. By the time I finished that subject with flying colors, the community writing challenges and some of my blogs were getting herded on the front page most Thursdays but sadly, it all ended in 2018 as the site ceased offering blog support.

So, what happened after I ended up with nowhere to write? I started writing for my Instagram posts and stuff, but something felt off. Most of the places I worked at after graduating weren't interested in making students develop their writing skills and that was a real bummer for me until in October 2018 that I found a new institute where I have been working since where compositions were a big thing and of course, I was very happy correcting them and letting students correct me, too. Time passed, my Retro GOTY Awards had their 2018 and 2019 iterations on Instagram posts and even though I wanted to blog in a gaming site, none I looked for really convinced until Destructoid was recommended from the person that was in charge of blog herding back in GameInformer, and I instantly knew this was my chance to make a comeback and oh boy, I sure was. This marks my 22nd blog since I joined on April 7th, 2020 and I believe that blogger or not, just being here feels really good.

So far, I have come to terms of blogging twice per week as I have some posts to expand in blog form until the end of the year. It's funny how an experience from my childhood years had such an impact on me even to this day. 10 years as a blogger? Not by a long shot as I know that I fully became a blogger back in 2015 so that anniversary is 5 years ahead of me. What else could be ahead of me in my writing now that I am officially blogging again and want to make the best out of this hobby turned into passion? Only time will tell.

Thank you, Galerians. Had you not been present in my life the way you did I wouldn't have started all this.

And thank you too, unknown guy whose love toward video games transcended beyond what he and I could have ever predicted.