As usual, another short post for this monthly update.

Last time I had finished creating the assets for the slots and for their 3-D shape counterparts. The next part is to create the code. Funny thing about that...I've spent so much time using a very heavy design oriented code editor to create apps at work and thinking in that world, that I legitimately forgot how the hell to do regular object-oriented programming. It was a real life surprised pikachu moment. It's actually a bit scary.

So I had to go back to my Unity tutorials as a refresher and there's still something up there in the ol' noggin. Because of that situation, most of my time was spent watching those old videos and figuring out how to implement my player input script.

It's genuinely easy to write, but if you don't remember it, how can you even start? So I only have the basic outline of what I want to do. 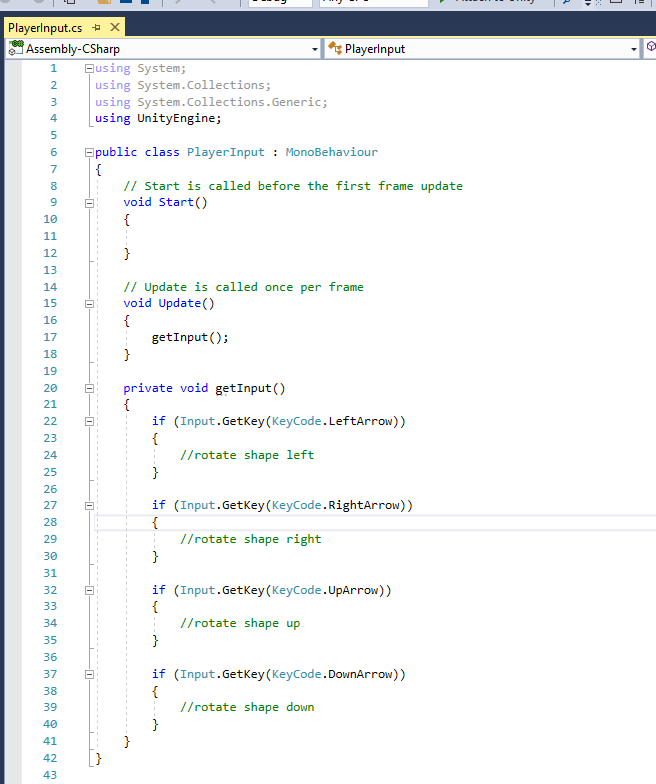 This is a bit of half real code mixed with some psuedocode to prep myself for when I actually have the implementation figued out.

But the one doubt I had was where to put this script. As I'm not too knowledgeable about Unity, all I know is that much of what makes up an object are called components.

In my last project I controlled a rocketship object. This ship was made up of components and one was a script that defined movement based on the input. However, in this game the player doesn't control just one shape, but various ones and they can change at various points in time.

So do I need to have a script on every shape object? Or can I have one universal script that checks to see what the current shape being used is, and then moves the shape that way?

I'm thinking (actually, more-so hoping) its the latter. I'll just have to try it out. 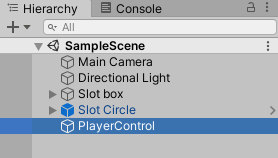 If anyone out there has any ideas, or even point me to helpful guides or tutorials about this concept, that'd be great. I do my own research, but sometimes my google-fu may not be enough. So any help is welcome!