Pony Island is a cute, simple runner-type game, where you guide a little pony through 2D levels, jumping over hurdles. There are times where your little pony will need to collect collectibles, blow bubbles at butterflies, and definitely never have to worry about being attacked by the Demons from Hell. There’s an in-game UI that mimics what you may be familiar with since it’s deliberately evocative of Microsoft 3.1. From here you can choose different builds of Pony Island to play, the original 8-bit, a colorful 16-bit, a VR version that’s just red wireframes and the blackness of the void.

From time to time you won’t be able to play any version of Pony Island and you’ll need to fix an in-game file or program. This is presented as simple puzzles, sometimes a matching puzzle, sometimes you need to find a specific word or phrase in jumbled code, and sometimes you need to type in commands or risk having your soul scorched for all eternity. Pony Island is a really quick game to finish once you start it up, it’s possible to go from beginning to end in only a couple of hours. It’s a fairly memorable game with fun subversions that are teased all over the Steam store page and a finale that was larger in scale than I was expecting. It’s inexpensive, it’s quick, it may or may not feature the goat with a thousand young, and it’s got a great soundtrack. 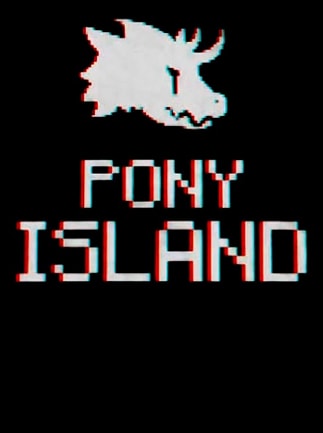 (Hail Satan, but type it backwards)

I haven’t actually finished Rusty Lake Roots yet, but like with other Rusty Lake games I can’t, not mention this one. Roots is the largest Rusty Lake game to have launched at this point, and since it’s also one of the few that aren’t free, I’d call that a good thing. As James Vanderboom, you plant a seed in the garden of a house you’ve just inherited and it grows alongside your family tree. There are multiple characters whose entire lives you can play through, with over 30 puzzles to complete. Like with past Rusty Lake games some of the puzzles can be really disturbing, but there’s also some fairly quirky humor in some of them. That’s about all there is too it: more puzzles, more rooms to escape, quirky characters, and disturbing imagery. It’s the kind of thing that I’m always interested in, and willing to recommend. 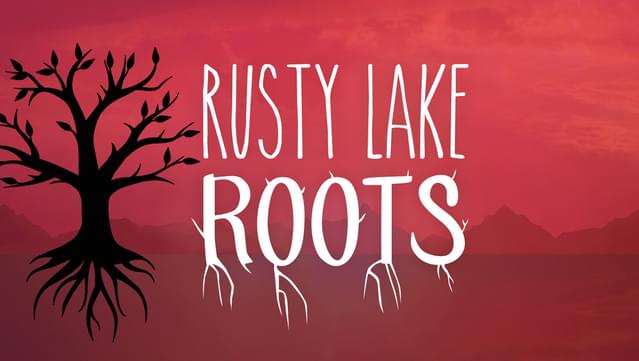 (It's not sinister, it's about puzzles, and family!)

Shantae: Half-Genie Hero is an entertaining platformer I enjoyed on the Switch, but which is available on most other platforms too. After Scuttle Town is attacked by Risky Boots again, Shantae is fired and replaced by a younger Half-Genie. Not all is as it seems though, so the titular half-genie embarks on a quest to several lands to build up her power and hopefully get her job back. Risky is definitely up to something, but a dream that Shantae had the night before her initial attack on Scuttle Town makes her think more than just her home is at stake. Unlike Pirate’s Curse, Half-Genie Heros’ levels are linear, but with short branching paths which can be accessed as you unlock new abilities.

The abilities Shantea can unlock are a variety of dances that change her into a variety of animals, as well as items that increase damage output, increase health, give your animal forms new abilities, and other such things. I was a bit disappointed to find that once you beat the boss of a level it doesn’t respawn, but I recognize that’s a nitpick. There’s more than one ending, but I didn’t realize there was a bad ending while I was playing because of all of the exploration I was getting into, and items I was collecting. Half-Genie Hero was a really good time, not quite as challenging as Pirate’s Curse, but it kept me entertained. It’s on just about everything and I can see myself double-dipping since I’m fairly sure I don’t even own the complete edition.

(How can anybody not love that face?)

Tokyo Mirage Sessions #FE launched on the Wii U to the delight of the 12 people who still owned that console in 2016. It’s similar to Persona in that you play as a teenager who collects other teenagers who then go into an alternate reality filled with demons who need a good dealing with. The source of your power is a variation of the power of friendship: early on you are pulled into an alternate reality where you meet a Mirage, a sort of ghost-demon, who grants you its power. Once you make your pact with the Mirage of Chrom the plot gets started in earnest.

You begin to build up your party, each with their own Mirage’s, you explore more dungeons around Shibuya, and you get closer and closer to finding out what happened years prior when an entire auditorium’s worth of concert goers disappeared. If this is sounding a little familiar to you, that’s because this game plays a lot like Persona, but with characters and classes from Fire Emblem being mixed in. When it was first announced Tokyo Mirage Sessions #FE was called Shin Megami Tensei X Fire Emblem, but I wasn’t very interested until it was later revealed that the gameplay was going to be a traditional turn-based affair rather than a turn-based strategy game like Fire Emblem. Fire Emblem strategy is still in here of course, with certain character/weapon/skill types being strong against others in a rock-paper-scissors sort of way; lances beat swords, beat axes, beat lances and every party member mains one of those three. In addition to earning EXP and leveling up from combat as usual, your characters will also gain stage rankings which determine which skills and equipment you can unlock and equip, as well as unlocking extra side-quests to play through.

I really like the mix of down to earth social quests in the real world and the dungeon-crawling, monster fighting that makes up a majority of the rest of the game. “Down to Earth” being relative I suppose since your character and every party member is part of the entertainment industry. It’s not as grounded as what you do in Persona since most teenagers I’m aware of don’t spend their free time acting in Sentai programs, launching albums, acting in commercials, and the like. In general, I really like my turn-based JRPGs and this one was a lot of fun to me. The only thing that stopped me from finishing it was a move and my being unable to really play on my Wii U for a couple of months. Now it’s my backlog that’s stopping me from finishing it up, as well as a little bit of a desire to pick up the Switch update.

I don’t think there are as many gaps in my 2016 as there have been in previous entries of my decade project. I really wanted to try That Dragon, Cancer for example, but I don’t think I can handle anything that heavy right now. Goetia is a game that I spent a little bit of time with, but not enough to have forged an opinion of any kind, one way, the other, or the third. I downloaded Starbound years ago but my PC at the time didn’t like me playing it and I haven’t really tried going back to it. Riptide GP: Renegade is Hydro Thunder, and I like it, and that’s about all I can really say about it. I feel like this is going to be the longest entry in my decade project, and if that’s so then we’re really over the hill. Be that as it may, I’m still not sure what I would call my game of the decade, but I’m getting closer to figuring it out. I hope you stick with me until then, and if you made it this far than thank you.