There is so much that I wanted to say about this game that in a review, but I wanted to try to write a 'professional' review because I had seen so few.  With that being said, a lot of the soul of things that made me love the game are excluded because its just fun little anectdotes that require some background.  That being said, the following are just fun things about the mechanics that won't make much sesne, and are mostly spoiler free.  I absolutely adore this game, and there were moments where they call back to the beginning and I forgot just how far the journey went.  Maybe consider this the 'quick tips', but not really?  Ok, so, anyway-

Anne gets an ability that grants a random buff whenever she heals someone.  She can heal in an AOE of about 4 squares, so you can wildly buff your entire team.  These buffs include things like extra strength, negate the next attack, and oh, immortality.

On the subject of immortality, there is a skill that makes it so if your character dies, they come back to life, which can trigger twice in a mission.  You can also equip an item that negates fatal damage one a mission.

When you deal damage, you get Street Fighter style meter that powers your ultimate and occasionally other stuff.  Irene, who is consistently the best character ever made, has an ability that uses some of this meter to remove buffs from her every turn.  If this happens after she triggers ultimate mode, she gets sucked out of it, which I never expect.  It’s ultimately fine, because her ultimate is garbage compared to anyone who gets an AoE ultimate. 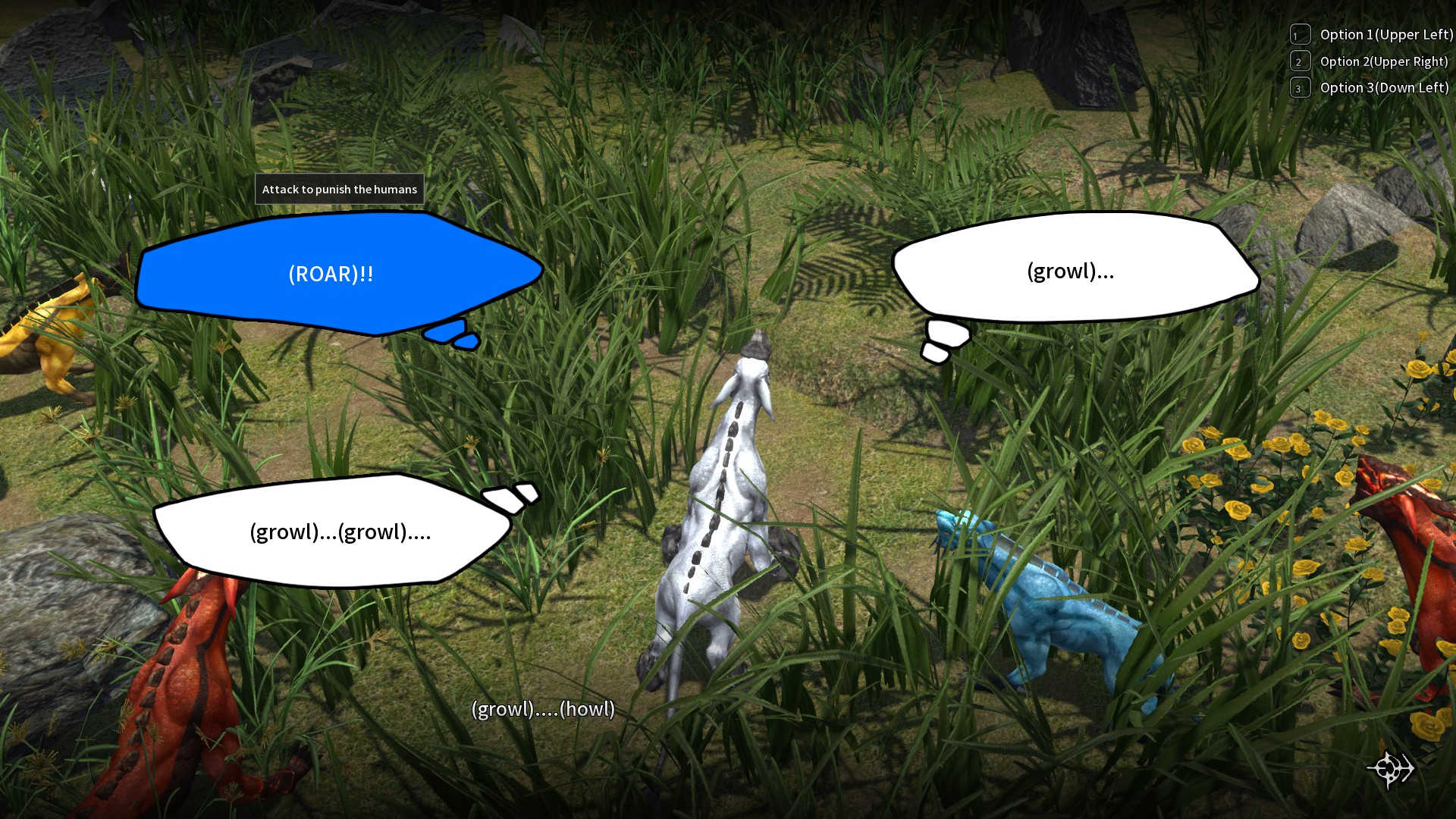 Some enemies have immortality, which has a 4 turn duration.  If you are sick of waiting, Anne has an ability that removes / steals buffs from enemies.  I love the idea that a 14 year old girl is literally sucking the immortality from the enemies.  Her attack animation is hilariously slow, so I often think back to the Deadpool scene “you are about to be killed by a zamboni”.

Anne, who is portrayed in the story as being a healer, is a midgame beast at dealing damage, often dealing upwards of 3000 damage when the most an enemy ever has is about 2000.  Her two ultimates are either “heal everyone in an AoE” or “kill everything in a 5 square radius”, muddling my desire to keep her in the back lines in favor of having her as the bloodthirsty murderer Miss Anne Macy deserves to be.

Sion has just stupidly powerful AOE abilities, and if you stack that with One Shot One Kill (whenever you kill an enemy from full health you get an extra action), he can clear 15+ enemies in one turn, and its never not funny.

While this is often brutal, Heixing has an ability that can attack in a cone AOE, with unlimited targets, and gun shots have a chance to deal a super critical.  He also has an ability that poisons enemies, and if they die from the shot, they explode into a cloud of poison gas.  This is good on paper, but I almost failed a mission after combining those two abilities and turning most of the battlefield into deadly poison.

Summonable robots have super short attack animations compared to everyone else, so I have nicknamed them ‘doink bots’, as they just doink the hell out of the enemies.  Anyone with a gun (except robots) can have an ability where if someone attacks and doesn’t kill an enemy, they take a shot, too.  You can upgrade it to trigger 3 times, so your shooters just wreak havoc on the battlefield (at the expense of slowing down their own turn).  One of Heixing’s ultimate abilities lets you take a reaction shot in an AOE until his next turn.  So if you were to say, have him take 20 reaction shots in a turn, he can turn off an entire zone of the battlefield because he never gets around to taking his own turn.

The police not only level with you, but later on, they gain some of the OP skills you get.  For instance, they eventually learn the ability to shoot twice in one turn, and some seriously powerful counterattacks.  Their AI is always dismal if you put them on auto pilot, so buyer beware. 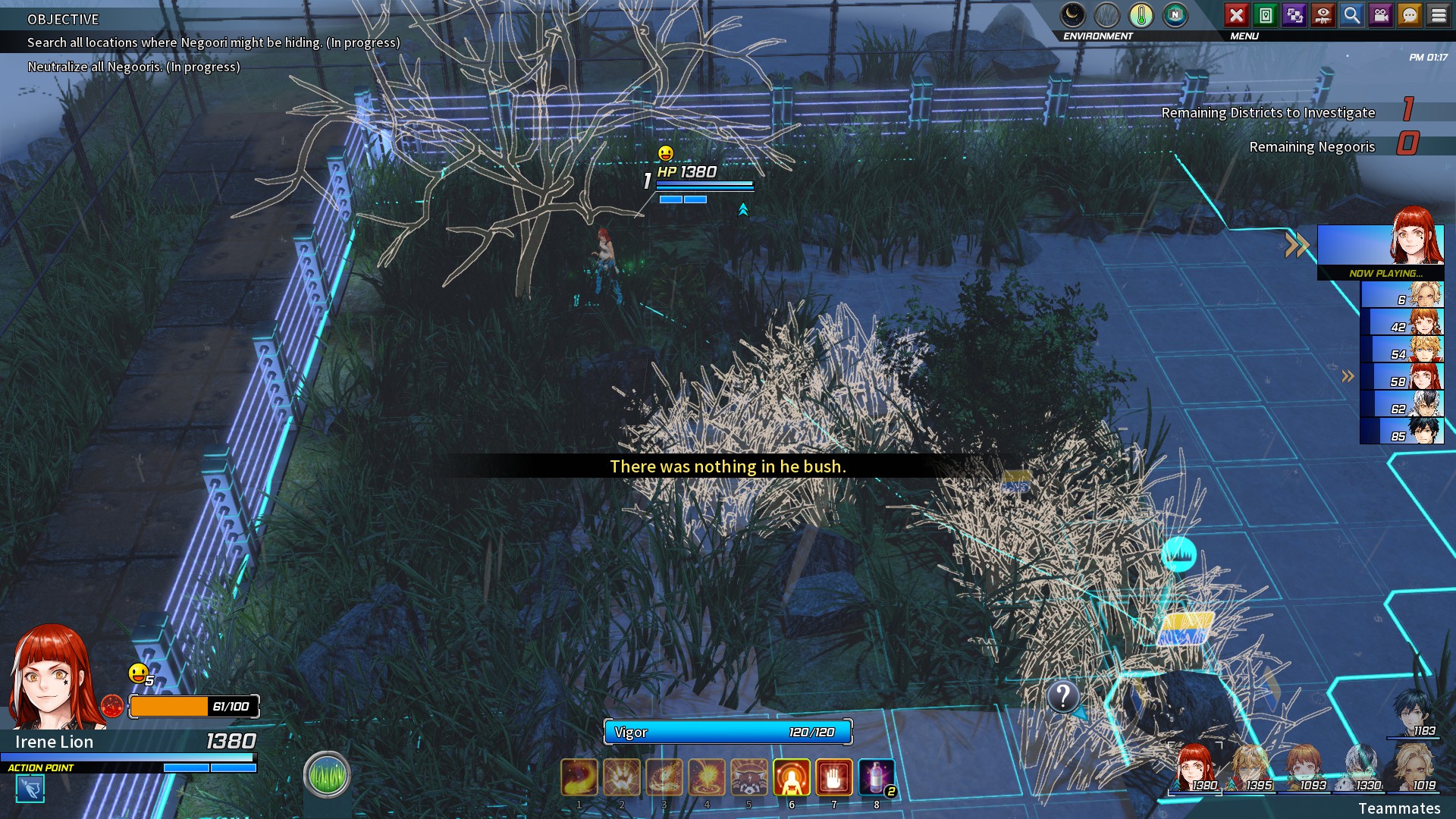 Counterattacks trigger counterattacks.  Think of the action economy like D&D - you get your main action, and a reaction.  Counterattacks don’t take a reaction, but they do take time.  Sometimes a valid strategy is just to plant Albus in the middle of a crowd and let him counter them all to death.  He also has an ability that makes his counterattacks always deal critical damage, always hit, and has a 45% chance to attack twice.  It takes up all of his time (see above), but is undoubtedly hilarious.  Less so when the enemy has these skills.

Reactions take time in the turn order.  There is a special ability where if your time is ever over 300 (AKA next year), you just take your turn immediately.

Set bonuses exist, where if you equip specific skills, you get an added bonus.  This applies to pets and robots (both of which you get like 40-60 hours into the game).  With careful planning, you can get around 8 set bonuses on a single character, so at any given time I have no idea what’s happening.

Kylie can hack robots.  Robots are the biggest, baddest, most annoying enemies in the game, so there is extreme catharsis to use them to shred all enemies on a map with a stolen robot.  However, any healing that removes debuffs from a robot also un-hacks it.  I learned this the hard way.

One plotline involves a gang being disbanded by socioeconomic change instead of violence.  It was the realest moment in the whole damn game.  Another plotline is about a goth lolita teenager with a chainsaw teddy bear who is a super assassin.

Leton uses ice magic, but using it literally freezes his blood.  There’s a counter buff/debuff in battle for how frozen his blood is, and if it reaches his max he just straight up dies.  He also has a taunt, and his taunt continues after he dies which is hilarious when it happens to an enemy. 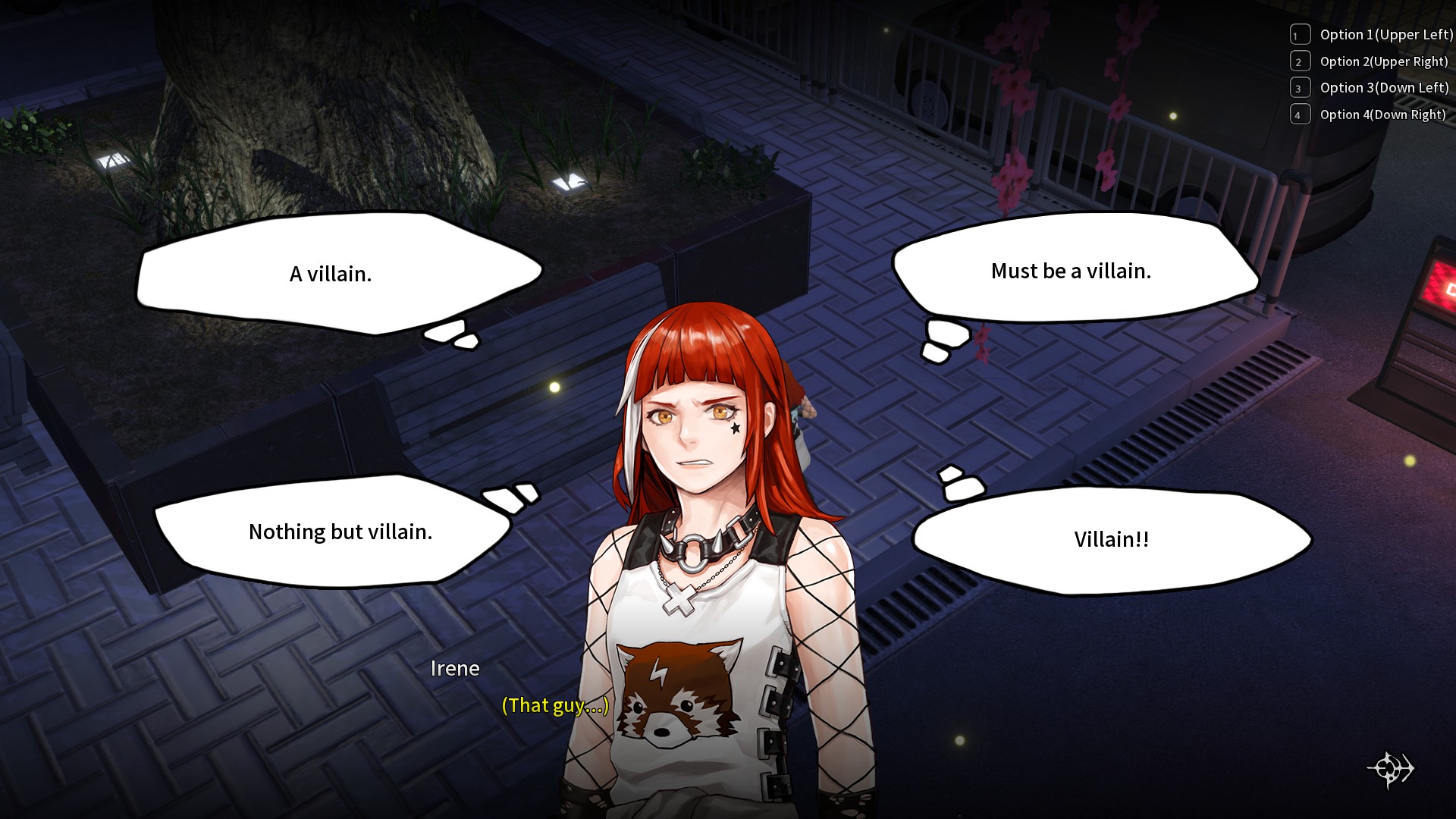 Merchants in the game have a meter for how much they like you, that goes from 1 to 3000.  For every 500 dollars you spend the meter goes up by something like 20.  When you max it out, they sell you (slightly) better stuff and the meter resets with a new max of 6000.  It was the most jaw dropping moment that 3000 wasn’t “full” as that took me about 60 hours to fill up one person’s meter.

There are about 12 essential Quality of Life settings that speed things along.  One of them turns on captions for the voice lines that your team members shout.  While most are pretty ‘meh’, the police have a line along the lines of ‘target is resisting arrest’ that comes up only after they unload an entire clip into an enemies face.  It’s the most American the game has ever felt.

Giselle is best waifu, don't @ me.  There’s a scene where she has her hair down and is in only a button up shirt and it was worth playing 75 hours just to see that. 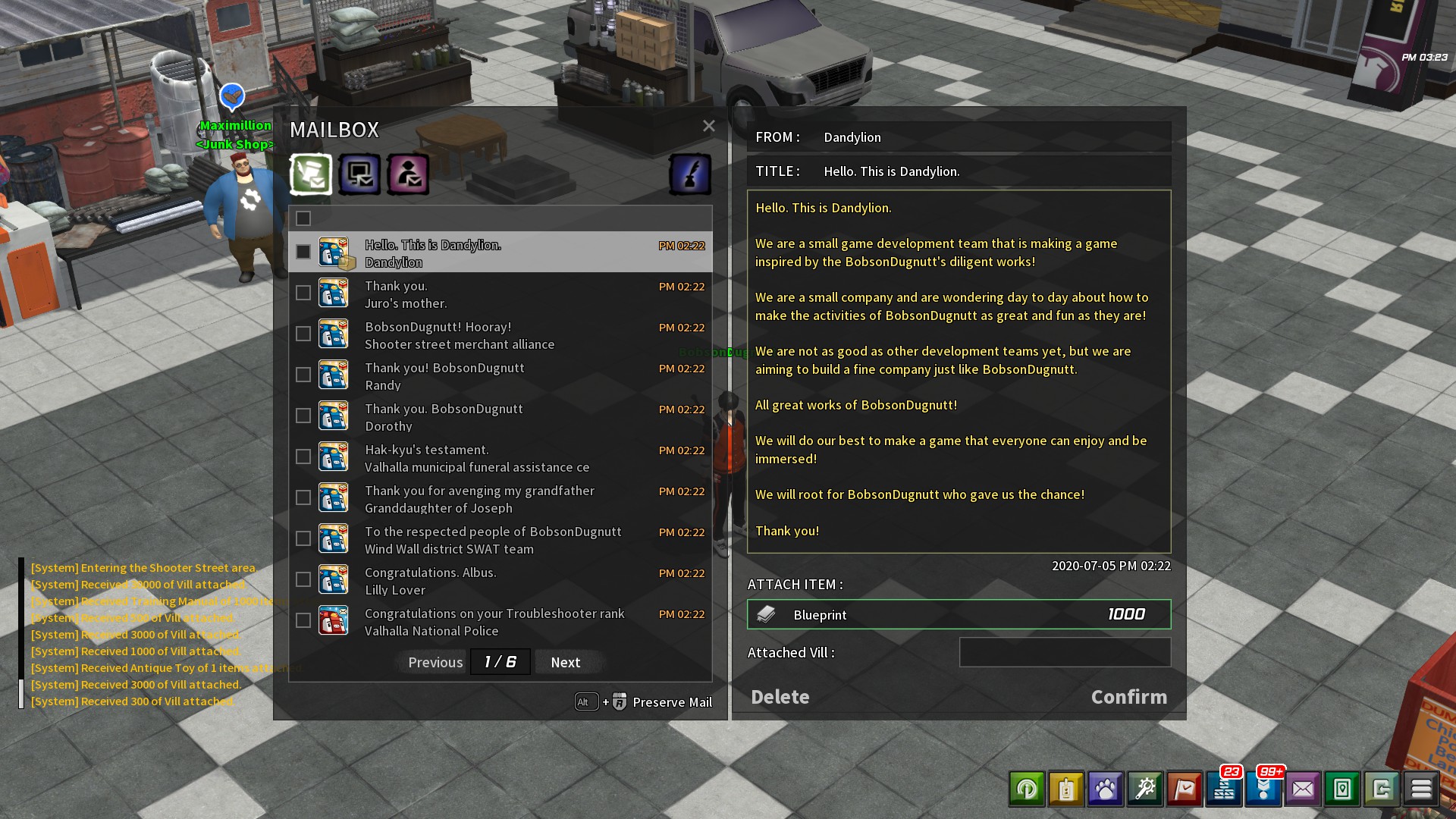