My Hopes for the Next Xbox Series X Event

The May Xbox Direct, our first real look at the Series X went... less than great. What was initially hyped as a "Gameplay Reveal" turned out to be a 3rd party-only trailer montage. Microsoft admitted it set the wrong expectations, promising an improved Direct for June and a 1st party show in July. After PS5's much better received reveal event, Microsoft's June show was quietly cancelled.

July is fast approaching, so I figured it was a great time to set some more wildly unrealistic expectations so we can all be disappointed again. Let's dive in!

This game accompanied the Series X teaser at last year's Game Awards and showed off some pretty incredible LOD and animation work. Finally seeing some gameplay of this would be a great way to start of the event. Given the time it took Ninja Theory to make the first game, this could conceivably be a launch title. Having a former Sony 2nd party under the Xbox Studios umbrella and launching with a sequel to a critically acclaimed PS4 game would be a nice coup for Microsoft.

This isn't formally announced yet, but the Series X teaser showed a snippet of what was likely Turn 10's next racing sim. Forza took a year off in 2019, and it's safe to say that time was used to design this as a launch title. Some gameplay of racing in the rain, flexing the ray tracing implementation, would be a smart move. Would also love to see a 120FPS mode announced (like Dirt 5) with a 50% speed clip to show you the difference in fluidity.

I know this was polarizing among the Dtoid community, but the game was largely well received and won several awards for its writing. I would take a play from Spider-Man: Miles Morales, announcing a standalone expansion to Outer Worlds that's console exclusive to Xbox and coming during the launch window. For the show, you could boot up this demo from the title screen to flex how improved the load times are on the SSD (cause they're kinda not great on a HDD).

Sony received praise for the wide variety of games showed as their conference. The first showing of Battletoads in a year would be a good way to do the same. Ultimately, it's about making fun games, not just tech showpieces – though I'm sure this could easily run supersampled at 8K if Microsoft wants to say they have an "8K Series X game at launch." 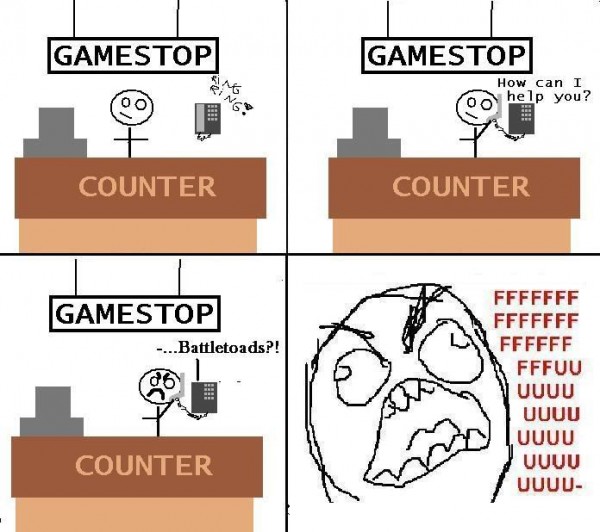 This has always been a PC-only franchise, and rightfully so – it doesn't work on a controller. With the Xbox One, Microsoft began allowing developers to support keyboard + mouse. I think it would be pretty awesome to announce a KB+M based Xbox version of this game, and the sheer number of on screen characters would be a great showing for the XSX's Zen 2 CPU. Unlikely this is ready until 2021, however.

Earlier this year, we got a look at a version of Gears 5 running on Series X. The Coalition essentially built a console version of the game with Ultra PC settings and halved load times. I think it'd be smart to announce a slew of first party XSX upgrades like this with side by side comparisons of how they've been improved: the RTX mode for Minecraft, Ori in 8K, Hellblade with max settings, Forza Horizon 4 with a 120FPS mode. All of which would of course be free upgrades with Smart Delivery, a great way to sell the program and the Series X.

Am I completely lost as to what Everwild actually is? Yes. Do I think the trailer last year looked really pretty and interesting? Also yes. Again, not a real technical flex but I think the art style stacks up nicely next to something like Kena on PS5. Some gameplay to show what the hell it is would be nice, too. Like AOE4, I figure this is a 2021 release.

I know fight sims are a pretty niche genre, but I'll be damned if this new one isn't a hell of a technological feat. Seriously, just watch the trailer from X019. I hadn't seen any of these games in maybe 20 years and it's incredible how far they've come. Would be a really great tech showpiece for the Series X launch, both the raw GPU rendering and the fluidity of the LOD scaling.

In early 2017, Forza Horizon developer Playground Games announced they opened a second studio to work on a new, non-racing game. Within a year, rumors started that they were working on the next Fable. Whether it's a reboot or a proper sequel, this is one of the worst kept secrets in the industry and it would be great to finally pull the wraps off it. Conceivable this is a launch game, but 2021 feels more likely. 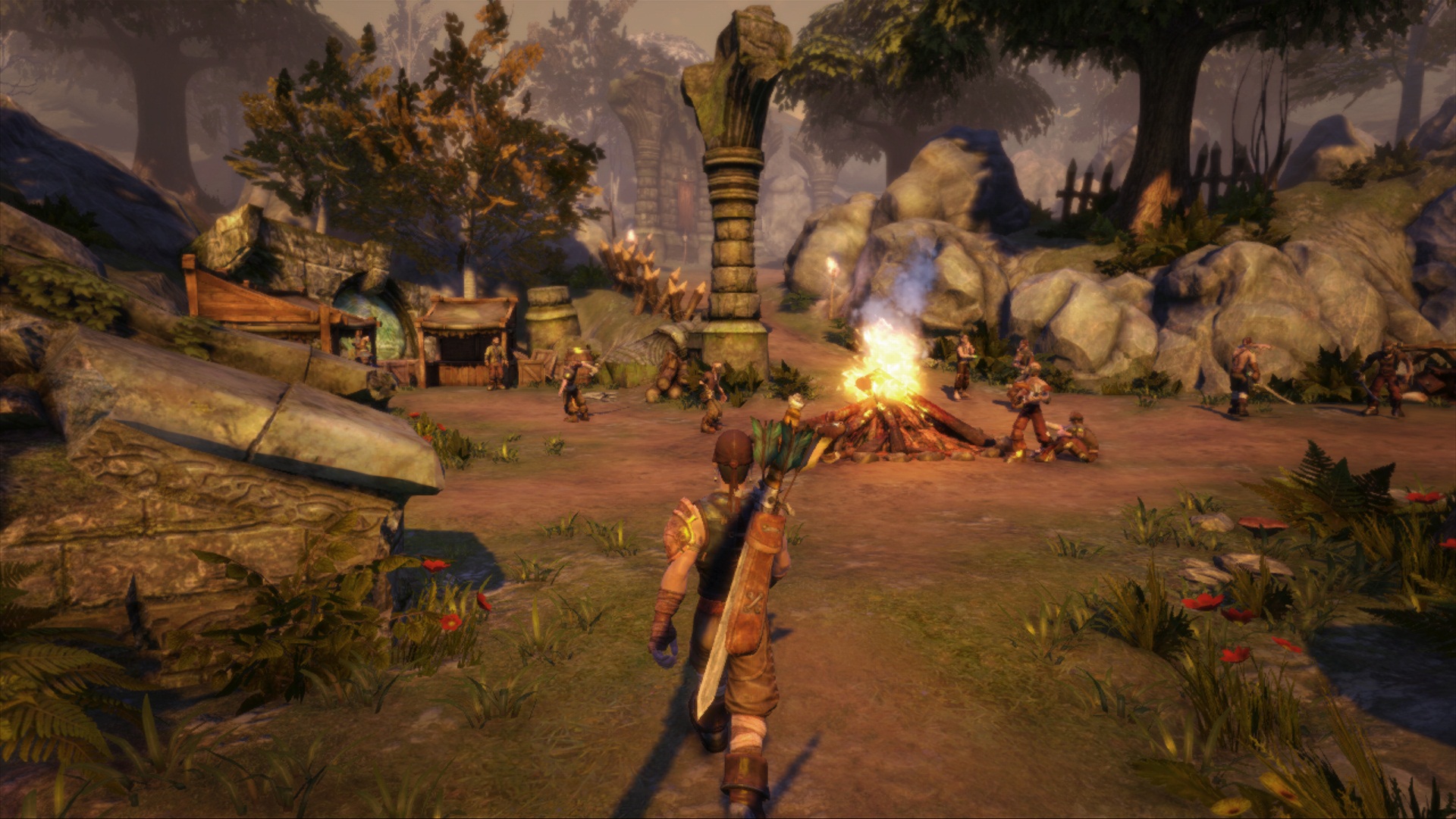 Feels like we've waited an eternity for this. Halo 5 launched way back in 2015, and by this point in the cycle we would have had an open beta and a gameplay demo for the campaign. With the longest development cycle a Halo game has ever had, I just hope that it's good. All we know for sure is that Infinite will be part of this stream... and the Brutes are back, apparently.

In 2018, Microsoft formed a new internal studio called The Initiative. Led by a Crystal Dynamics vet, Microsoft has tried to a build a dream team of talent from Respawn, Bioware, Naughty Dog, id Soft, Rockstar, and even a few poached from neighboring Sony Santa Monica. Will we see anything from their game at this show? Almost definitely not. Would it be rad as fuck to get a teaser for it? Absolutely.

Series S and a Price Point

Sony showed its hand a bit by announcing a "Digital Edition" that is seemingly identical to the base PS5, minus a disc drive. Microsoft is all but confirmed to be going a step further in making an "Xbox Series S" (codenamed Lockhart), a budget model with a GPU comparable to the Xbox One X. Not only should MS formally unveil this SKU, but announce a price for it and the Series X: $400 and $500, respectively, would be very aggressive and put the pressure on Sony to follow suit (though I admit I'm almost definitely low balling the prices for both SKUs).

So what are you looking for out of this next event? Any upcoming or rumored games you'd like to see that I didn't mention?

I'm a dude who plays games and comments about stuff. Been on Dtoid since the Jim Sterling days (2010-ish), though this account's a bit newer than that. Not quite as active as I used to be, but you'll still see me in the front page. I'll throw the occasional post up from time to time, too.