Brazil of Games: Out There Somewhere - A Bite-sized Puzzle Platformer

It’s been a while since ya boi wrote one of these. After dedicating the last few months to the C&C Retrospective, I want to take things nice, easy, and slow before getting back into the grind. To do that, I scanned the Made in Brazil section of my Steam library and rolled the dice. Today’s lucky soul is an indie title called Out There Somewhere. Les do dis. 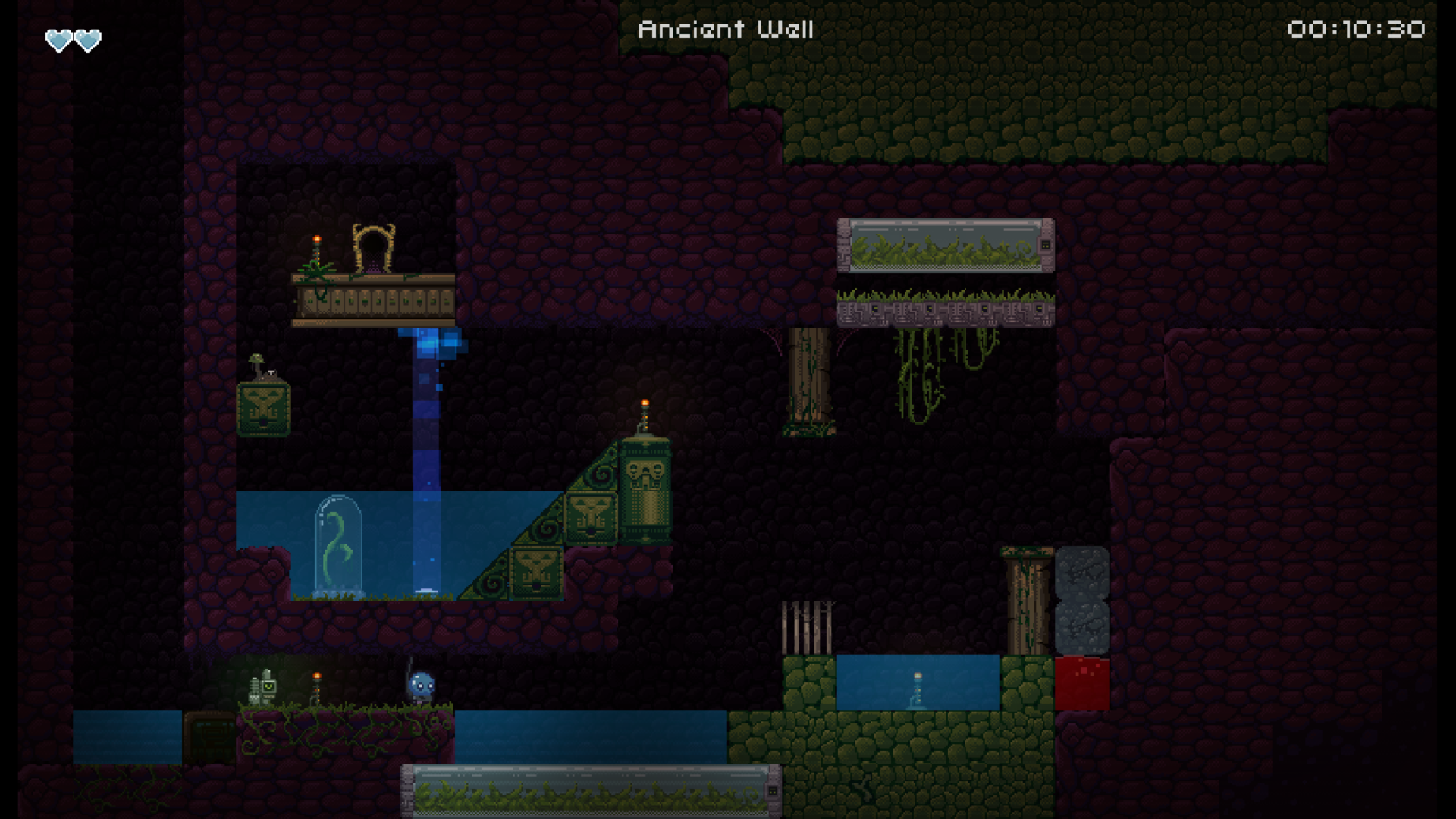 Out There Somewhere is a 2D puzzle platformer developed by MiniBoss Studio. You might not recognize the name, but you most likely played the games they worked on. They’re a small, three-person Brazilian studio responsible for the art of Celeste and Towerfall. This was their first real, commercial release back in 2012, and I really like how you can kinda see the seeds of what would eventually become the beautiful pixel art in Celeste. In this game, we play Yuri, a member of the Space Police or something, in a quest to destroy his arch-nemesis, Grigori. I say that’s the premise, but the plot here is but an excuse, and the game is better for it. This is a short ride, you’ll most likely reach the end in time for a Steam refund, but upon replaying it, I found it to be very much a case of quality of quantity.

Anyway, the game opens with a short shmup stage (I can’t escape this genre, can I?) after which we crash-land into an alien planet and gotta find a way to repair the ship, so we can do like Master Chief and finish the fight. By the way, this isn’t criticism, but I found it funny that I had to realize that you’re supposed to fail this initial section: there’s a boss at the end and I spent like five minutes fighting him before realizing this was an unbeatable scenario. Just an observation. This is where the platforming begins, and we’re introduced to the main gimmick of this game: the portal gun. I say that, but Yuri’s gun works nothing like the one you’re thinking of. Instead of connecting two points in space, this one fires a magic bullet that will teleport him to whatever surface the bullet hits. A simple and straightforward mechanic but the game uses it very effectively. It starts out simple enough but soon you discover that the teleport carries your momentum, which can be used to reach higher places or even bypass some sections if you got your speed running strats down. Then you’re introduced to some beams that interact with your magic bullet: there are only three (again, short game), or some blocks that block movement but not your teleport gun. These offer a nice challenge and since the correct route isn’t always obvious, some of these rooms make for cool “aha” moments. 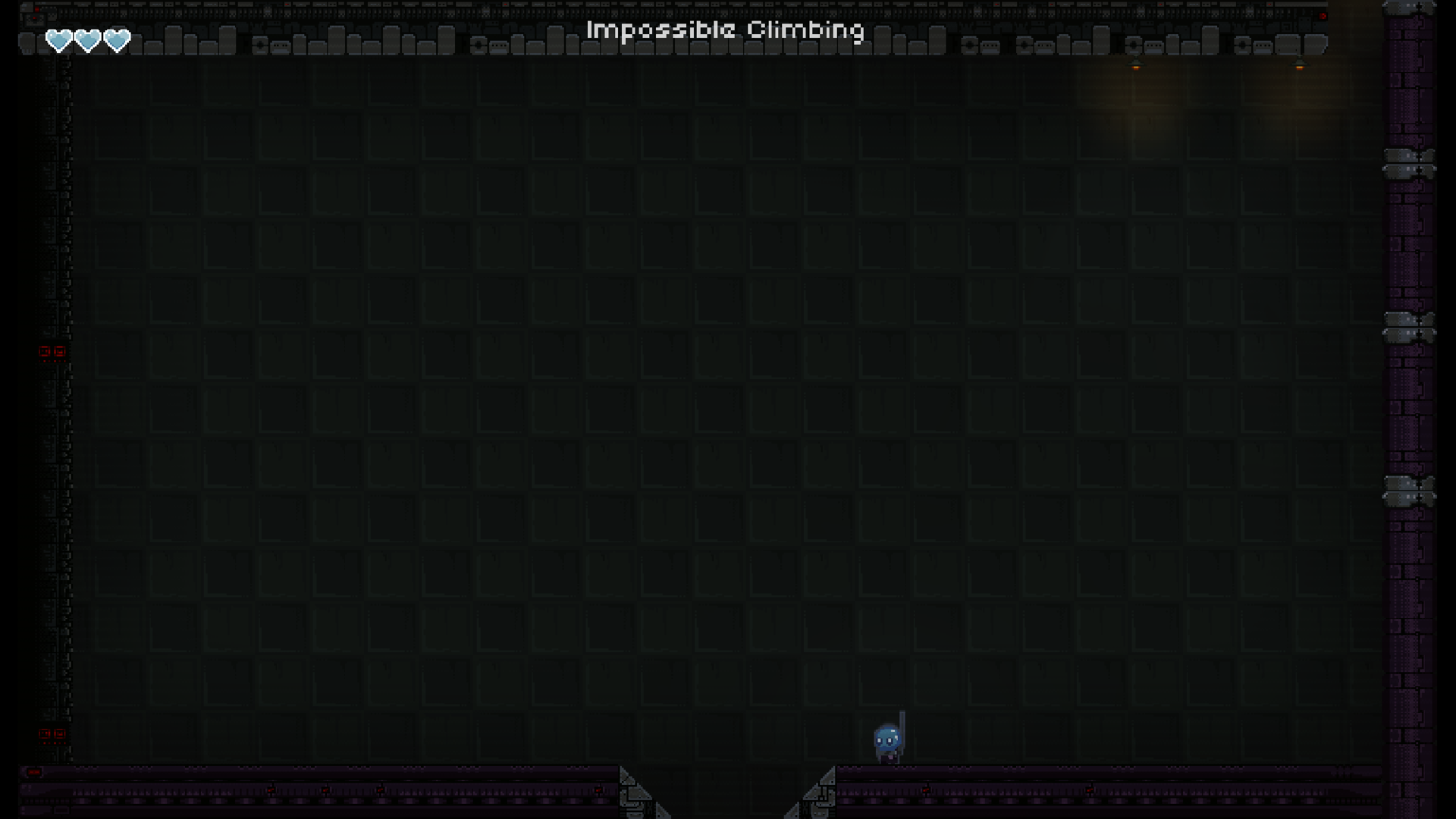 Not a hard room, but pulling it off feels really good.

But this is still a platformer, so don’t think that just shooting is gonna carry you through the game. I already mention how your momentum is carried when you teleport, but the game constantly asks you to combine your regular mobility with your teleport gun, be it by timing your teleporting shot, firing multiples in quick succession, or dodging enemies. Combat is pretty much an afterthought, and you’ll most likely use the one gun you’ll find to solve puzzles and to defeat the one mandatory boss fight close to the end. There’s also a light element of Metroid, in the sense that there are a lot of hidden upgrades to find: heart containers for increased health and ship cores to upgrade your ship even further beyond. I have to give props to MiniBoss here, some of these are pretty well hidden, and one of them even includes purposefully turning off the auto-save feature. The level design on display is wonderful, and it totally carries the game.

I already mentioned how the art style is reminiscent of what would later become Celeste, and that is to say, it is ‘90s as hell. The sprite work is pretty and well animated. The ones in the few cutscenes the game has reminded me of a lot of old visual novels, or perhaps more accurately, the intro to Zero Wing. The one pet peeve I have is with the backgrounds, those are pretty lifeless. There’s also the lack of a smooth transition between screens or after deaths: they just change as soon as you cross them, and there are a couple of moments where it’s really disorienting. One particular room has a checkpoint right at the edge of a lava pit, and I lost count of how many times I died and immediately died again because I was holding left upon death. It’s a small annoyance, but there nonetheless. 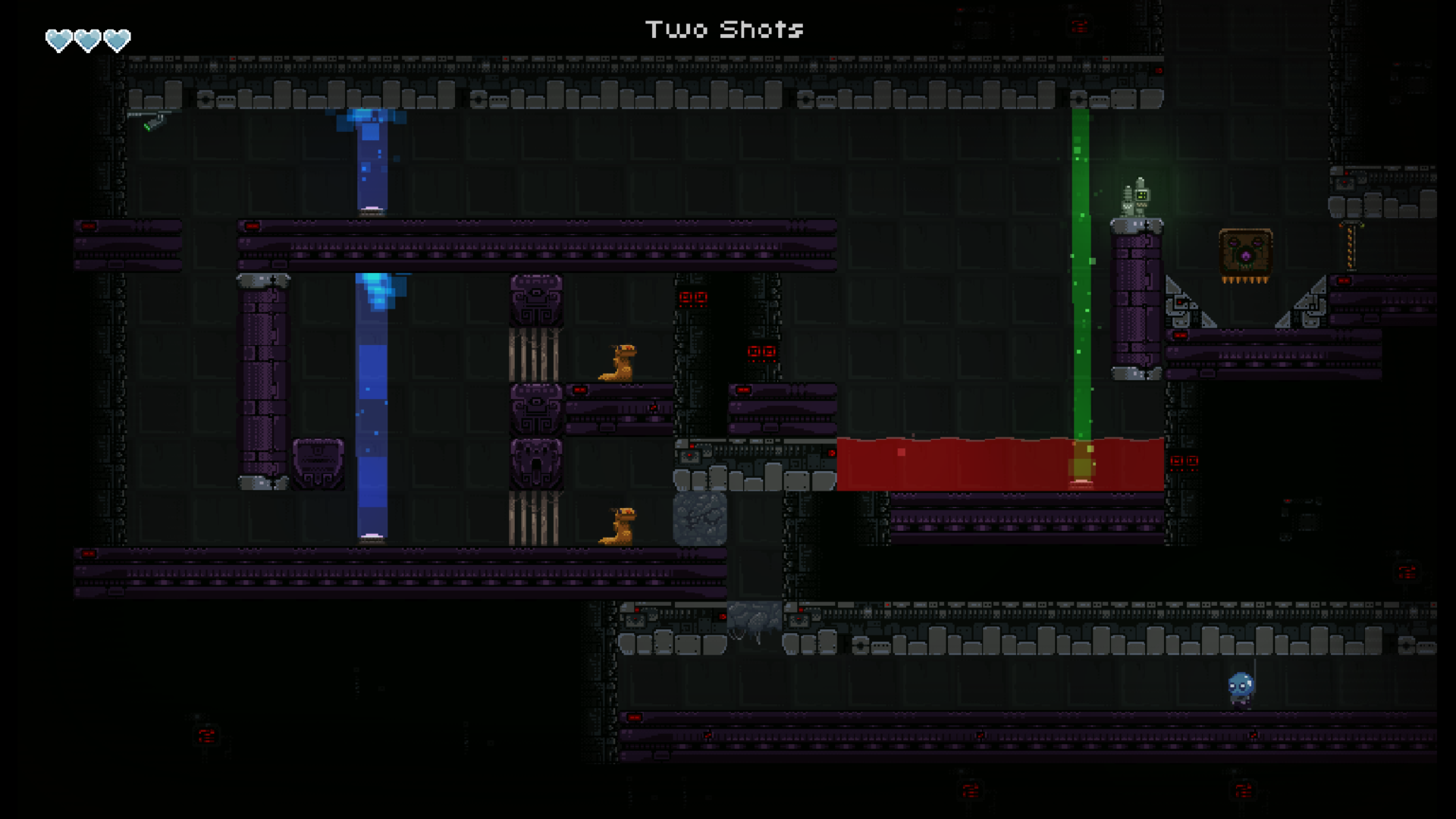 This room can bite me.

Overall, Out There Somewhere is a charming brain-teaser that doesn’t overstay its welcome. For the low price of a single dollar, it’s a perfect little slice of the current state of the Brazilian game industry: nostalgic as hell, but not without its own touch of originality.