Being a Dragon Quest fan in America has been a bumpy road. There have been several long stretches of absolutely nothing while Japan was getting regular releases. Recently things seem to finally be getting better. Dragon Quest 11 on Switch released worldwide on the same day, and I honestly never thought something like that was possible. Sure it was an already localized game, but it still surprised me. A lot of the games that never got released outside of Japan eventually got released in some way or another. Almost every main game is on mobile if you can stomach playing games that way, and most others have been rereleased on Nintendo's handheld systems. It's been great getting to finally play these games after waiting for so long.

Unfortuately, there are still some titles in the series that still haven't left Japan. The obvious one is Dragon Quest 10, the MMO game in the series. It's mostly understandable why that one was never localized, but it still hurts to say that there's a main installment that I haven't been able to play yet. That game isn't what I'm talking about in this blog though. This month's Band of Bloggers theme was about cancelled or never localized games that we still managed to play despite them being unobtainable. So today I'm going to be talking about a more obscure Dragon Quest game that never got an official localization. Dragon Quest 3 on the SNES (or Super Famicom, since it never actually came out on the SNES technically). 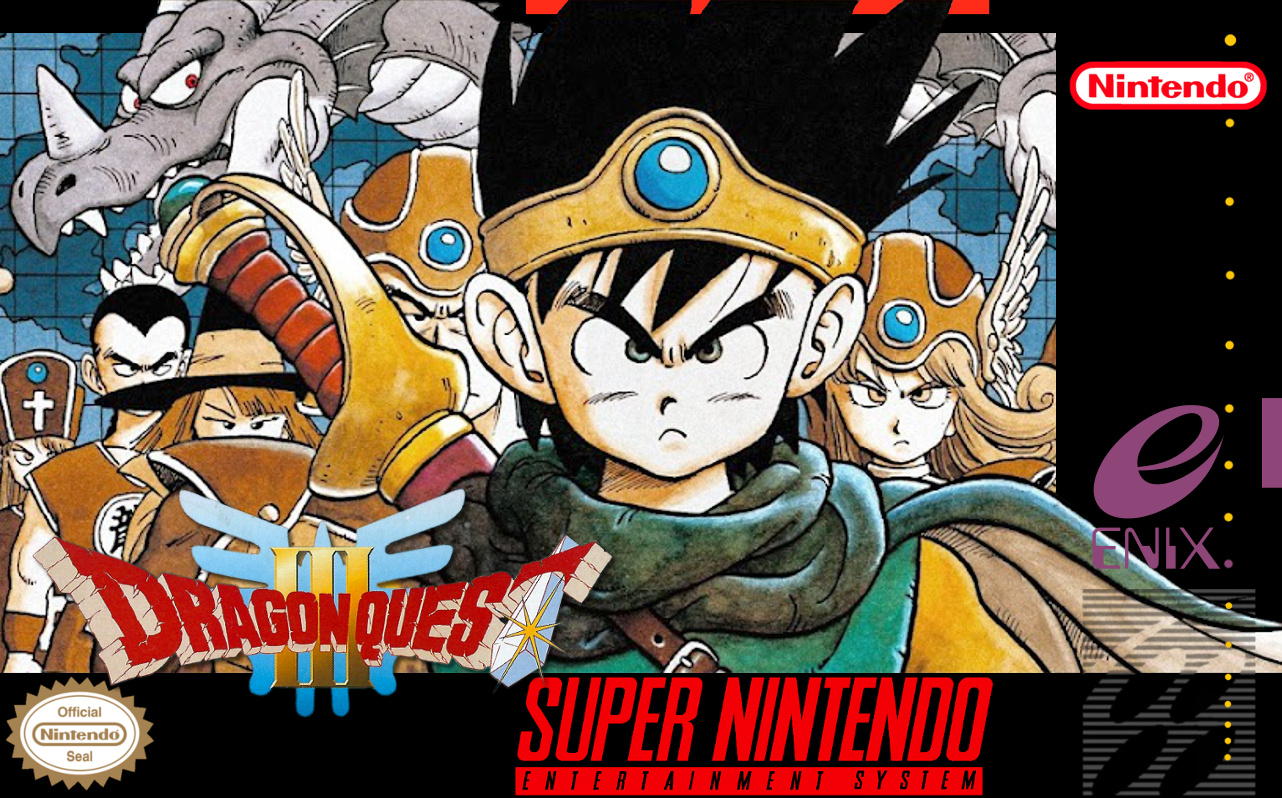 "But LaTerry, you big dumb idiot, Dragon Quest 3 was localized in America. Three times." Yes, I am aware, but Dragon Quest 3 is arguably one of the most important games in the JRPG genre and as such has several different versions, all of which are great versions of the game, but generally there is one version of the game that tends to be seen as the best way to experience Dragon Quest 3: The Super Famicom version. The one version that America never got.

To better understand why missing out on this version of Dragon Quest 3 hurts so much when there are literally three other perfectly good versions of this game out there, lets go through the history of Dragon Quest 3 and it's many versions.

When Dragon Quest 3 released back on the Famicom it was groundbreaking for console RPGs. Going into all the things it did and the influence it still has (especially in Japan) would take a long time and it's not what I want to focus on. Instead I'll just say that this is the worst way to play Dragon Quest 3, even if it's not a bad way to play. It's archaic and so many modern conveniences that we have today aren't present in this version and make it difficult to play. That said, it can still be fun to go back to this version and see how far we've come.

This is the one I'm complaining about. The game was so huge that it was remade on the Super Famicon and brought with it so many quality of life changes. Instead of bringing up a menu and choosing talk, or search, or whatever else, there was now an action button that jsut chose the most relevant action. This was already a huge step up and makes the game much more bearable, but it's obviously a lot prettier, with moving enemy sprites, a new mini medal side quest, a new character classe in thief, a new post game dungeon, and a new pachisi mini game. This version was later ported to the Wii for Dragon Quest's 25th anniversary. We obviously didn't get that version either. 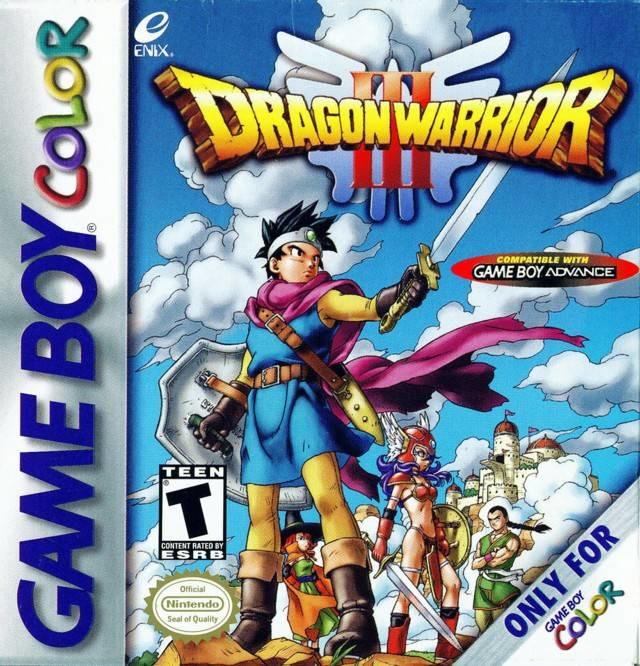 This was the first way I played Dragon Quest 3. This remake was technically based on the Super Famicon version, but it was obviously downgraded. It obviously didn't look as nice, the localization had to account for the smaller size and so names were shortened or changed. Dragon Quest hadn't been consistent yet in America, so many item or spell names have different names when compared to how they are localized now (such and mini medals being called small medals). It added monster medals and another new dungeon, so technically this version has more content, but the tiny screen makes it harder to recommend this version. 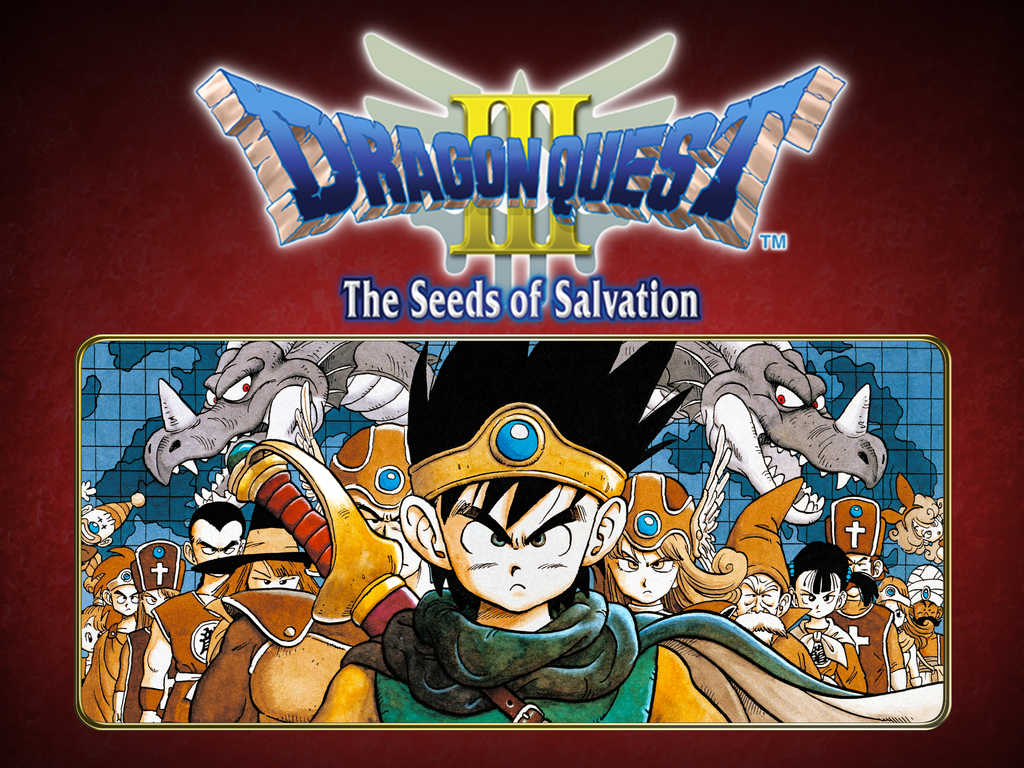 Of course SquareEnix ported the game to phones. They changed the spritework to make it fit in phones, and while it doesn't look bad, most will say that it looked better on the Super Famicon. For some reason this version decided to ditch a lot of new things that were added in later games. No more do we have the parchisi mini game, nor do we have monster medals or the bonus dungeon found in the GameBoy Color. While the game looks fine, for some reason they took away animated battles, and now enemies are now just still images. This version despite looking mostly fine, I still consider to be one of the worst ways to play Dragon Quest 3. Don't get me wrong, it's still a phenomenal game and I loved playing it, but there are too many things missing to call it the best version of the gam- Oh good lord this is the version they decided to port to the Switch isn't it?

We could have had so much more. They could have made the Switch port the definitive version of the game. It could have been the Super Famicom version with the extras added from the GameBoy Color version. It could have been the biggest release of Dragon Quest 3. But we got the mobile version. To be fair, they did put some effort into making it work on Switch, more effort than they put into Dragon Quest 1 and 2's ports. Those didn't look as good as the port for 3. You can tell that they put more effort into 3, but that's understandable, Dragon Quest 3 is a very important game in the franchise. Even with the extra effort, we are still missing features from the GameBoy Color and Famicon versions on the Switch. You'd think they'd want to really go all out for this release, but they did the opposite and cheaped out instead.

Okay, enough ranting about that. If you haven't played any of the versions of Dragon Quest 3 out there, the Switch version is still a very good game, but it is not the best version. When SquareEnix announced that they were bringing all three of these games to the Switch I got my hopes up. I though that we would finally be given the elusive Super Famicom port, but my hopes were dashed.

So I took matters into my own hands. Years ago a fan translation of the Super Famicom version appeared on the internet, and so I got out my SNES Classic and updated the software I installed when it came out to add more games and added the fan translation of Dragon Quest 3. (I also added the Super Famicom versions of Dragon Quest 1 and 2 as well, but we're not talking about those games right now.)

Dragon Quest 3 is very replayable. You answer a questionaire at the opening of the game to determine your personality, which affects stat growth (something added in the Super Famicom version). You can create your own party of adventurers, with personalities generated by what stat buffs you give them when you recruit them. Once your characters are at level 20 they can change classes, which adds a lot of party building strategy and planning. I usually play it safe when I play this game, but I've already played it a few times, so this time I went with a weird and probably not very good party.

The three characters I added to my party in this playthrough were a Fighter (martial artist in later localizations), a Priest, and a Jester. Having a Fighter and a Priest is pretty standard, but Jesters are the joke class. They have terrible stats (except for luck), they can't equip much, sometimes they will waste their turn in battle juggleing or goofing off. The only upside to a Jester is that they are the only class that can class change to a sage without meeting an extra requirement at level 20. All other classes need a certain item, of which you can only easily find one in the game. Playing through this game until you can unlock class changes with a Jester is difficult, but I've been enjoying the challenge, while also enjoying the battle animations and other extras that the Switch version just doesn't have.

I hope that someday SquareEnix decides to make a more definitive version of Dragon Quest 3 for us to enjoy, but until then, I'll keep playing my fan translation.