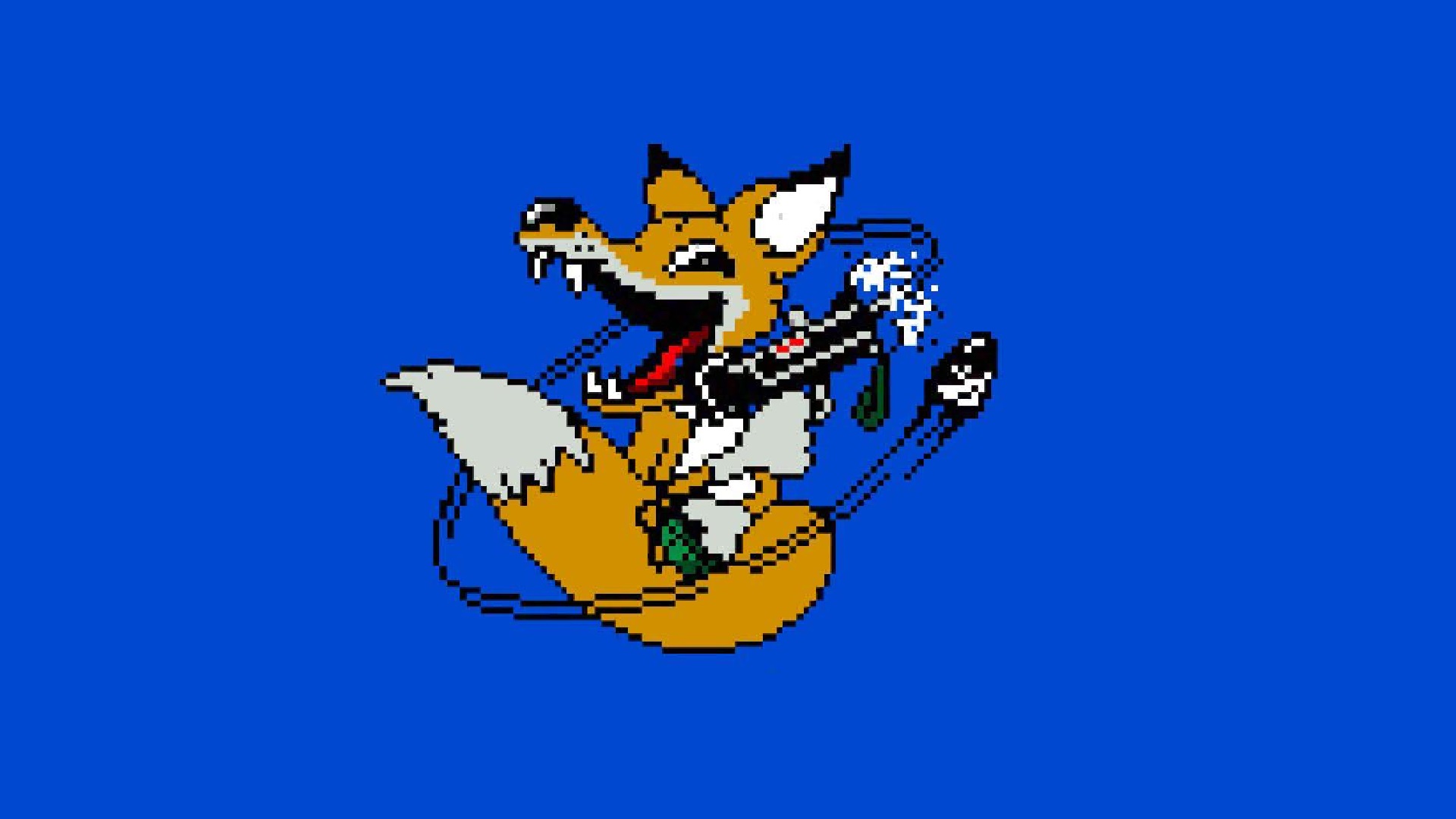 The Metal Gear rank continues with part two, going over Metal Gear 2: Solid Snake. You can find the rank itself at the bottom of this blog. Let's get into it.

Taking place after the events of the first game, the world is in an oil crisis. A scientist has found an alternative to oil that could help the global economy, but he is kidnapped by Zanzibar Land, a new country that has freed itself from the Soviet Union. Zanzibar Land also has a large stockpile of nuclear weapons, posing an even greater threat to a world starting to go towards nuclear disarmament. FOXHOUND, under a new commander, sends in Snake to rescue the scientist, but nothing is as easy as it seems.

In many ways, Metal Gear 2: Solid Snake is the follow-up to the first game. Its story is connected to the first game, and its gameplay is identical to the point of items from the first game returning here. At the same time however, there are meaningful improvements to both that makes the experience feel fresh and familiar, which I feel is the perfect sequel to a game like this.

The story in the last game was surprisingly capable, but I feel this game improves upon it in multiple ways. For starters, this game has more memorable characters, both returning and new. There are more moments and dialogue with the characters, and actually having faces show on the radio helps with visualizing them. This game also has its fair share of story moments and twists, some predictable and some not, but its backstory and better characters add more weight. Not all of it is perfect, as for there are a few cheesy story moments like every girl falling for Snake, and the dialogue for me was really easy to skip, but I think overall the story in this game is an improvement over the last.

I described the last game as a stealth metroidvania, and this game is no different. Just like the last, you are running around in search of either keycards or items that will help you enter new areas or new rooms in old areas. A lot of the items from the last game can be found in this game as well, like the cardboard box, infrared goggles, binoculars, and more. While there are a lot of similarities, there are a quite a few improvements as well.

In terms of the stealth, one of the largest improvements are the enemies. They now have a cone vision compared to the line vision of the last game, making stealth feel more complex. I did have a few unfair spottings, but nothing too crazy. Also, when you get caught by enemies, it puts the facility into an alert state, spawning enemies into the frame. If you can escape the frame, it will put you into an evasion mode, where two roaming guards look for you until you either kill them or the timer runs out. I don’t think it’s an extraordinary or unique way of handling alert statuses, but it’s better than nothing. This game also introduces sounds that can alert the enemy, including squeaky floors. These sounds go both ways, however, as for you can punch walls to alert enemies and use that to your advantage. Another new mechanic to combat sound is crawling, as for you can crawl on squeaky floors to stop enemies from making noise. Crawling can also be used to hide in various areas like vents and underneath a stealth mat, which blends in with the environment, and crawling in general helped me with both stealth and evasion quite a bit. Stealth at its core remains the same here, but there are improvements that make the experience better.

Improvements to its core can also be seen in the levels, as for this game has the same level design as the first game, but with improvements. While there isn’t a full map, there is a mini-map at the corner of the screen, showing the frame you are in and the ones surrounding it. Not only is it helpful with locating enemies, but it also helps give the feeling of a connected world instead of just a bunch of boxes. One thing I found impressive from the last game were the special moments like waiting for guards to go on break, and this game ramps that up even more. Whether it be following a guard around in the jungle to help from getting lost, going through rooms of mannequin soldiers with a few real ones, or even getting a cold and occasionally alerting guards due to sneezing; this game is full of moments that keep the game from getting dull.

One of the biggest issues I had with the last game were the keycards, and while there are nine keycards to pick up and shuffle around with in this game, there is a remedy. In this game, there are colored keycards that will combine three keycards into one, making the shuffle of cards from nine down to three. It isn’t perfect, but it helps. Another issue I touched on with the last game was with spamming supplies. You can still spam them here, but it is a much more tedious process. It’s bittersweet considering the fact that I like to have infinite ammo and rations, but it is a change for the better. There are a few things, however, that didn’t change for the better. Backtracking is still bad in this game, and there is even a mission where you have to go from the end all the way to the beginning and back just to unlock a locker door. This game does add an area to the map that makes travel between two of the areas quick, but it’s still an annoyance that shouldn’t be there. Trucks don’t say where they go, which could’ve also helped with travelling around. Mines only show up on the mini-map instead of in the game, but they can be picked up via crawling over them, which is nice. The biggest issue I had with this game in regards to the levels, however, was my reliance on a guide. I praised the last game for my lack of a need for a guide, but this game is different. I didn’t need to use one the whole time, and there are hints that did help along the way, but I still felt the need to have my phone by my side throughout my time with the game just in case. There are a few setbacks, but the levels in this game are an overall improvement over the last game.

Combat was the weakest link of the last game, and it is still the weakest link here, but with improvements. Shooting is still restricted to four directions, and a lot of the weapons from the last game are in this game as well. Where the improvement of combat comes in is with boss fights. Boss fights are a lot more creative and fun in this game, and I enjoyed most of them. The best of the bunch is the last boss fight, which strips you of all your gear and throws you into an area full of locked doors. Trying to essentially have a mini metroidvania game while being hunted down by the boss was a blast, and it is one of my favorite boss fights. It’s also followed up by an equally fun escape sequence, adding a cherry on top of the whole ending experience. The one boss I found disappointing was Metal Gear itself, which should’ve been exciting considering you didn’t actually fight it in the first game. Being able to fight the title of the game should’ve been the highlight, but it ended up being really easy. The boss itself is easy, but what certainly didn’t help is how health upgrades work. In the last game, you had to rescue prisoners, which I think is a good way of promoting exploration. In this game, you get health upgrades by beating bosses. By the time I reached the end, I had enough health to the point where I didn’t mind soaking up damage, making all encounters easy. Combat isn’t that different, but the bosses make it better.

Outside of the levels, combat, and stealth, there are a few other improvements. The color palette in this game is more vibrant, which I like over the first game’s more dull-brownish look. The radio now has a menu that shows each person’s name instead of having to remember their frequency, which helped a lot. Snake can hold his breath in gas rooms, which helped with locked doors. This game introduces tap code, which is a system where tapping is used to decipher messages. It’s pretty gimmicky, but it’s still neat and I would love to see it in future games. The music in this game is more and merrier, compared to the nine songs of the first game. This game is double the length of the first game, which I feel is still an appropriate length for a game like this. Finally, boss rush is back from the first game, with no meaningful differences between the two games.

In conclusion, Metal Gear 2: Solid Snake is the perfect sequel. It takes the first game and improves upon it in many ways while still keeping what makes the first game great. I did have a few issues with the game, but my overall experience with this game is an upgrade from the last. With all of that said, I am ranking this game above the first game at the number one spot, and I’m guessing it will be somewhere in the top five by the end.