1:37 PM on 12.12.2007 (server time)    0
Many gaming conventions that were once commonplace have since been tossed aside, like personal hygiene when a new WoW expansion comes out. The days of extra lives, continues, and lame save points are largely behind us (though some are not completely defeated). Yet, somehow, the seemingly well-intentioned idea of scattering random shit around the game world for YOU, the player, to go find and pick up has not gone the way of the dinosaur. How is this possible?

More importantly, was it ever considered fun by anybody to drag your supposed murderer/badass/loner-with-an-attitude character around a huge game environment checking nooks and crannies for worthless packages, flags, or other miscellaneous garbage? I suppose developers refer to such lame objectives as "extending game play". I refer to it as "less fun than watching a donkey make love to a pot-bellied pig." 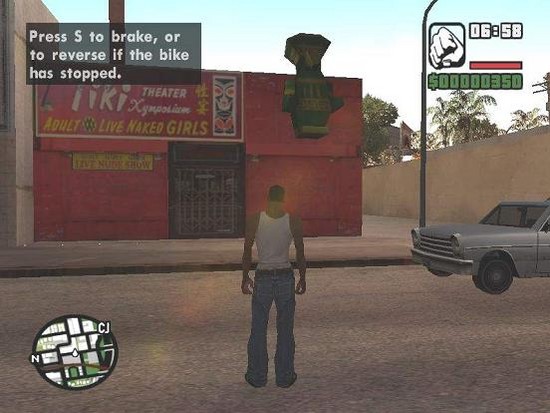 "Hidden packages??!? Fuck that, I'm gonna check out some titties."

Developers: you are not doing any of us any good by "extending game play" with lame side objectives that involve WANDERING ABOUT AIMLESSLY. Many of us wander about aimlessly in life, as it is. Shit, I wander about looking for missing shit all of the time, when I misplace keys, or my wallet, or your mom's phone number. And guess what? It's NOT fun. I don't want to do it in a game, as well.

Also, think about how fucked up this is for game enthusiasts who are seriously OCD. Come on, don't toy with the obsessive compulsive kids. That's not fucking cool. It's bad enough that they have to count the virtual tiles on the floor after clearing out the kitchen of alien invaders, now you have them searching endlessly for a bunch of useless shit as well.

Is anyone brave and/or deranged and/or bored enough to defend such gaming lameness?
#Community
Login to vote this up!