The Arctis 9X is a Good Ass Gaming Headset

Since quarantine began, I've avoided making any luxury purchases... until a couple weeks ago when I caved and bought a new gaming headset. My old 360 Turtle Beach's were (literally) falling apart and required a web of wiring just to use with my current A/V setup – I figured it was time I finally upgraded. 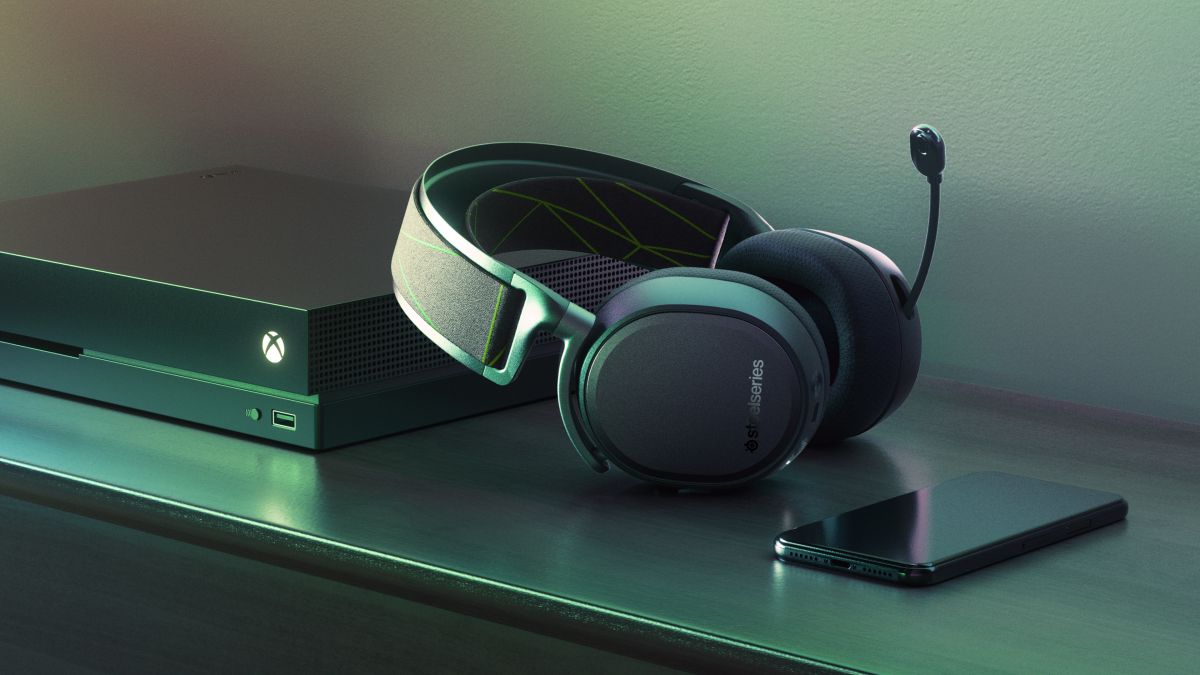 This is a really thorough review, so rather than burying the lede let me start by saying that the SteelSeries Arctis 9X is an excellent Xbox One headset, and after 30+ hours of use I highly recommend it. Yes, they're a bit pricey at $200. They're also super comfortable, have fantastic sound quality, support spatial audio, go 20 hours on a full charge, and have multi-channel support that also makes them compatible with PS4, PC, Switch, and mobile (with some caveats). I fully expect to be rocking these a decade from now, same as I did with my Turtle Beach X31s.

Why Pick the Arctis 9X?

I did a lot of research before buying these.... like a lot. I started looking at the Turtle Beach lineup, having spent so much time with my X31s. I also checked out Astro and HyperX after some recommendations from my buddies, in addition reading a dozen "Best Xbox One Headset" articles and at least as many YouTube reviews. In the end, I settled on SteelSeries.

The biggest challenge was finding a headset I could use for both game and chat audio on my XB1, while still using them on PS4 and hooking them up wirelessly to the laptop docked with my TV. While my X31 setup was a mess, the IR transmitter connecting to the optical out on my TV meant I could use it with anything. Plug an aux cable into my controller and I was good to go for game chat. I get that I'm a unique case here, so you can probably find a cheaper gaming headset if you only need it for one device. The Arctis 9X uses the Xbox One's Wi-Fi Direct connection for both game and chat audio, the 3.5mm jack lets me run game audio through my DualShock 4, and the Bluetooth allows me to use it wirelessly with my PC. Even though the product isn't advertised to support the latter two it does a great job at it and ends up meeting all my gaming needs. It's also one of the relatively small number of headsets that can work wirelessly on XB1 without an adapter or transmitter of some kind, and the battery life (20hrs/charge) was as good as I could find from any of them.

As an Xbox One Headset

It's hard to understate how convenient this thing is. You sync it to your XB1 once and you're good to go. The only time I needed to go into a settings menu was to enable Microsoft's Windows Sonic spatial 3D audio with which the Arctis 9X is compatible. The XB1 automatically switches the Sonic headphone mode on/off based on whether the headset is connected, and you can still do simultaneous audio out via HDMI if you have need to.

And that's literally it. There's two dials on the back, one for overall volume and the other to balance game and chat audio. Mute is a large button below the master volume dial that protrudes when mute is on. The mic wire is retractable so it doesn't get in the way if you don't need it, and when you're on mute the mic glows red to provide a visual reminder in your peripheral vision. There's even a little battery meter on your dashboard, right next to the one for your controller.

I tested these out with several XB1 titles. The spatial audio makes Prey horrifying at times, as mimics jumping around your head is super disorientating and you can clearly hear phantoms pacing and slithering behind walls. Tracking enemy gunshots and footsteps in Modern Warfare is way easier than it ever was with my X31s. The soundtracks of both Doom Eternal and Battlefront II are booming at times, but the audio never clipped or got distorted. I've since switched back to the cockpit view on Forza Horizon 4, as the ability to clearly hear the engines of cars around me helps overcome the limited FOV. Even the relatively calming Deliver Us the Moon was great to play with these and really helped immerse me in the game's atmosphere.

Oh, and I also tested my Blu-ray of Gravity – my god was that fucking fantastic. I don't normally do movies with headphones on but I'm not sure I can ever watch this again without them.

As a PS4 Headset

As I mentioned at jump, SteelSeries doesn't advertise PS4 compatibility with the Arctis 9X on its website. While the headset supports Bluetooth, it doesn't use Sony's proprietary implementation of the protocol, and my attempts to sync with the system were unsuccessful. However, the 3.5mm jack on the headset does allow you to connect any standard aux cable to a DualShock 4 for stereo game audio. This is how I used it to play God of War and Shadow of the Colossus, and both sounded nearly as good as my XB1 games did via Wi-Fi Direct.

I want to clarify that this is just for game audio. Even with a TRRS cable, the headset mic isn't wired to a line-in connection for chat audio (SteelSeries customer support did confirm this to me before I bought it). I don't use my PS4 for multiplayer games, so this luckily wasn't a problem. Connecting via the aux jack uses the "unpowered" mode so you don't drain the battery – the tradeoff is that the volume slider doesn't work, so adjustments need to be done through the PS4 itself.

I have had one issue on PS4, however: maybe a handful of times every hour or two, I get a brief but noticeable audio drop. There's no feedback (like I'd sometimes get with my infrared X31s), but the drop is kind of annoying. As a test I used the Arctis 9X via 3.5mm to play a few hours of music from my phone but experienced no drops. The issue appears to be with my DS4's BT connection – your mileage may vary, however.

As a PC Headset

The Bluetooth function on the Arctis 9X is advertised for use in conjunction with the XB1 wireless mode. You can sync it to a phone or other Bluetooth device, allowing you to take calls or listen to music while using it simultaneously for game and/or chat audio. This is a cool feature, but not the reason why I bought this. Instead, I synced the Bluetooth directly to my PC for use with emulators and media playback. As with the XB1 and most BT devices, sync it once and the headset will automatically connect once you turn it on. My PC recognized both the stereo headphones and mic, so you could presumably use this for chat audio if you wanted. There's also a software suite from SteelSeries that lets you customize EQs and download ones created by the community, but it's not something I've messed around with. The aux jack can also be used for game audio (same as PS4) and connecting with an Xbox Wi-Fi Direct Adapter would give you spatial audio support.

I tested these out with Metroid Prime running in Dolphin, and while that audio engine isn't as advanced as something like Prey it still sounds great. I also tried them with a Blu-ray rip of Dragon Ball Super, which had a high-res FLAC audio track (5.1 channel, 16-bit, 48kHz). Maybe not the best audio mix to test but the quality itself was still great on the BT. The only drawback of using the Bluetooth this way is that you can't turn the headset on without also turning on your synced XB1 (it works like turning on a controller would). This is ultimately a minor inconvenience though.

SteelSeries advertises the Arctis 9X as getting 20 hours of battery life, and that's exactly what I got when I timed it (not including wired PS4 use which is unpowered). The headset band is a little weird to adjust at first, but once you get it right you can never accidently change it like you can with traditional sliding headbands. The earcups are big enough to fit over my large ears and they pivot in both directions, which are major reasons why they're so comfortable for long sessions. And when you turn them off, the little LED power indicator will blink yellow (low) or red (very low) to let you know if you should charge them while not in use. I don't see myself using them outside my house, but unlike every other gaming headset the retractable mic and minimalist design makes them suitable for use as a regular pair of headphones.

So I may have fibbed a bit when I said I wasn't going to bury the lede here. The irony of me writing this big ass review is that the Arctis 9X is currently sold out everywhere, assumedly because of Covid-19 related supply issues. If I've inadvertently sold you on a headset you can't currently buy, the product page has an option to get a notification once they're back in stock.