Traveller In Playtime - Shadow of the Colossus

Shadow of the Colossus is an action-adventure game developed by Team Ico and published by Sony for the PS2 in 2005-2006. It was also remastered by Bluepoint Games in 2011 for the PS3, with a full remake helmed by them being released for PS4 in 2018.

In a forbidden land at the edge of the world, the warrior Wander rides in on his horse Agro, carrying a dead maiden named Mono. Once he arrives, he meets an entity known as Dormin and pleads to it for a way to undo Mono's death. Dormin obliges, saying it could be done if Wander slays all the colossi inhabiting the land. Faced with such an impossible quest, Wander sets out on his horse into the forbidden land armed with only a sword and a bow. 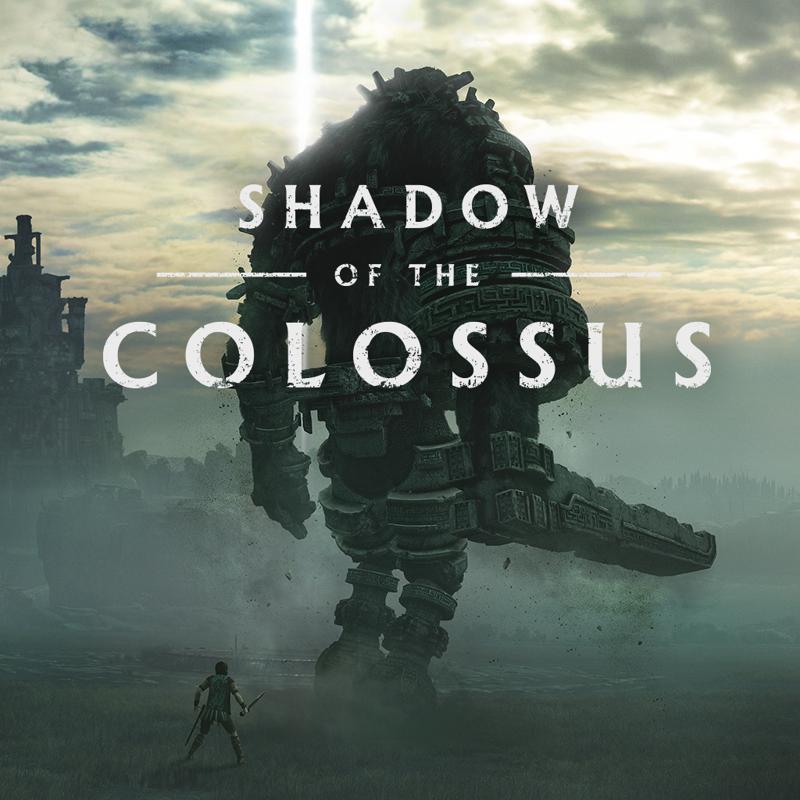 How Far Would You Go?

Continuing from Team Ico's previous effort, SotC is very minimalist, but I find its use of minimalism a bigger success than what was done in Ico. Instead of just reducing a basic plot to its most vital elements, SotC also adds a lot of ambiguity to the mix.

There are very few characters, but a lot of of them could conceivably be interpreted as good, villainous or somewhere inbetween. The simplest reading of the story is to just say that Wander is the game's hero, Mono was killed in vain to satiate a dumb superstition and that all the colossi are evil monsters that should be killed.

But you could also flip that interpretation and say that Wander is a selfish idiot trying to save his stupid girlfriend after she got herself cursed doing something she knew she shouldn't have done and that the colossi are innocent creatures that should be left alone.

None of these extreme interpretations are what I personally believe, but the fun of the story is to ponder who is in the right, what everyone's motivations are and discuss it with others. There is enough detail here to fuel some nice discussions, so I consider it a success.

A Lost Land Of Monsters

The main conceit of SotC is somewhat brave for its time, as there really isn't much to do outside of riding around the incredibly pretty landscape to hunt down the colossi in their designated order. On its own, this is kind of boring and just seems like an excuse to make the game cheaper to develop.

But in the context of other games of this ilk (particulary Zelda), I think the game shows its value through contrast. Here is an epic quest across a magical land where there are no people, no dungeons, no treasure chests and no fanfare. Just you and and the things you need to hunt down, yet it still works. It feels like a game made by someone asking if you really need all the standard game stuff for a good experience. I'd say the answer is no, as trimming the fat has its advantages, just as having a game be content-rich does.

So before fighting each colossus, you need to use Wander's sword to pinpoint where they are and navigate there by horse. I'd say finding a colossus takes between 3 and 10 minutes depending on how far away they are and depending on how sidetracked you get. It's very relaxing to ride around the forbidden land inbetween bosses.

There are two other things of note to find in the world aside from the colossi, namely fruit and lizards with glowing tails. Fruit hangs from big trees and increases your health, while those special stamina-boosting lizards are found lurking around save shrines.

As cool as it is for your upgrades to be this diegetic, I don't like how easy they are to miss completely unless you have good eyes and a lot of curiosity. It's probably mentioned in the manual of the PS2 version, but just playing the game gives you no indication that upgrades are even possible. I think this is a misstep, as fighting late-game colossi without enough stamina is incredibly frustrating, as you'll have precious little time to attack while climbing them.

With a game this focused on boss fights, it should come as no surprise that each one is such a spectacle to behold. Ranging from large to gigantic, slow to fast, each one must be approached differently before you can get to their weak points and kill them.

The usual flow of events goes like this: You approach the colossi, observe it and the surroundings to find a way to get on top of it and then as the music swells, you climb it to engage in an erratic battle as they try to throw you off. It's a real rush to puzzle out how to get the upper hand and then nail the flailing colossus.

The combat system is pretty neat, as it's almost all based on stamina management, since very few colossi are aggressive enough to actually kill you. Once you've grabbed on, you need to make your way up fast enough to find a place for Wander to rest so that he can recover for a bit. All the while, the collossus will shake with all its might, making it important to learn when it is best to jump upwards and burn extra stamina in order to make progress instead of hanging on and waiting for it to stop moving.

Once you've reached a weak point, you need to climb on top of it and time a charged sword stab into it in order to deal damage. The more ferocious the colossus, the harder this will be to accomplish, as the game only gives you so much time to charge within their animation cycles, making it important not to get greedy.

But even with upgraded stamina, you're bound to run out eventually, at which point the colossus will either throw you off (forcing you to climb it again), or you'll be forced to tumble around on top of it in a desperate attempt to rest and recover stamina. I wanna say the remake improved the physics and collision somewhat (plus some other minor things), making it easier to both rest while on top of colossi as well as climb across intersecting parts of the them. But even so, the camera and the model of the colossus will get in a spat sometimes, making it difficult to climb upwards instead of sideways, which can rob you of precious stamina.

To beat a colossus, you'll need to expose a weak point or a path to an already exposed weak point. Your main tools for this job are your bow, your horse and the environment. The bow can enrage the collossus or damage it slightly, Agro can give you the speed you need to keep up with it and a lot of the arenas feature ruins that can give you a way up.

For the most part, figuring out how to get up on a colossus works great and is incredibly cinematic when you do it at times. But there are a handful of colossi that are very obtuse or difficult to figure out, even with the game's hint system enabled. And some suck even when you know what you're doing, since beating them depends on manipulating their AI correctly.

If there's one thing that unites Team Ico's trilogy of games, it's having to deal with some bothersome AI characters in order to solve puzzles. And with how slow and huge the colossi are, it can take a lot of time for them to do what is necessary. Just like with Yorda in Ico, you can falsely assume that your idea for a solution to the problem at hand was wrong just because the colossus takes forever to get into position for the thing that needs to occur.

I know that a lot of this is in order to maintain the illusion that they are living creatures, but there comes a point where you've wasted 15 minutes just because you didn't stand still in the correct part of the arena for 30 seconds while the colossus does its best to get into position for a special attack. And that took the wind out of my sails a bit when playing, but the good fights heavily outweigh the bad ones, so the game is still a good time.