with Mitsuda month in full swing let's use the wednesday to take a small fling to one of our more neglected series: Double Dragon from 1987, more specifically the theme of the first Mission of the first game in the series:

There are several japanese songs that provide samples with a strong structural resemblance with the main portion of the song.

First there is a song by japanese singer Toru Watanabe called "約束" (Promise) from 1982 that features this:

Then we have the song "Be-Bop Highschool" by Miho Nakayama, the title theme to the 1985 action movie of the same name: 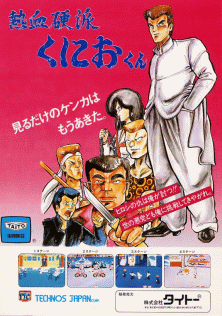