Band of Bloggers is Cancelled (Except not really, not even Par-Shoggy)

They say that life imitates art...or is that the other way around? Well the punchline here is that a lot of games get cancelled and now everything else has been cancelled so why not spend the month of May talking about all of the cancelled things that could have been or which were eventually released anyway. Since we live in an age when it’s seemingly impossible to completely bury a cancelled project, there are a lot of instances of cancelled projects being found in part or in whole some time after the fact. There’s a good chance that you’ve played a cancelled game even if you’re not a L33T HAX00R. Here are a few examples of what I mean;

We live a really weird timeline where basically anything can happen. The exact point when things started going weird was probably in June of 2011, when the game that would never happen, happened. Duke Nukem Forever was the internet joke we had before Loss that seemed to be everywhere and was seemingly used by everyone. It was internet shorthand for ‘thing that will never be’ but it happened anyway. It doesn’t really matter that Duke Nukem Forever had a restrictive 2-weapon limit, it didn’t really matter that it had boring turret sections, it didn’t matter that it had a terrible ending: Duke Nukem Forever launched despite being cancelled several times over the course of 15 years. 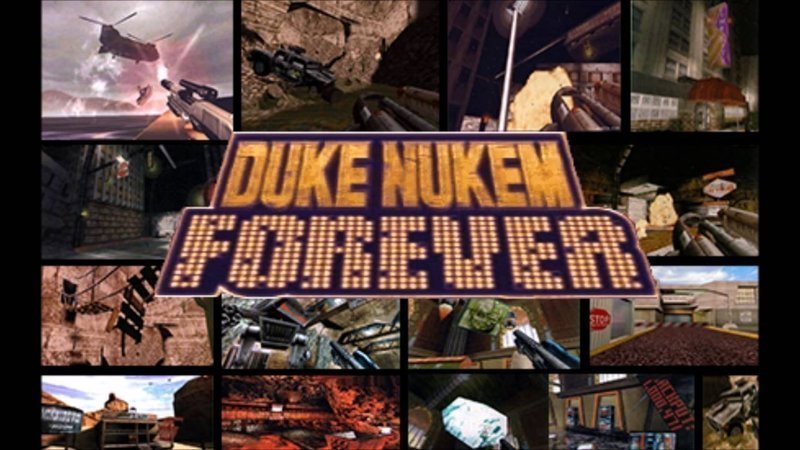 Early in 1993, Nintendo released Star Fox on the Super Nintendo. As a game, it was a fairly straight-forward rail shooter, but what set it apart was the presentation: For the first time, you could play a fully 3D arcade-style shooter in your own home. It was a hit, it’s still considered a classic, and a sequel was commissioned soon after. Development for Star Fox 2 was running smoothly. It was allegedly shown off during E3 in 1995, the first of all E3 conferences, but unfortunately, shortly after the expo, the project was cancelled. Roms of the E3 demo were leaked online along with other assets, and enough information was found on the game that it was thought that the game was essentially ready to roll out. There wasn’t an official reason for why it was cancelled, but the studio who developed it, Argonaut Games, were likely told to focus on developing games for the upcoming Nintendo 64. Roughly 22 years later Nintendo enticed the masses into buying the SNES Mini by offering the unreleased Star Fox 2 as one of the games bundled with it. If you didn’t end up getting your hands on one of those little nostalgia machines though, Nintendo later released Star Fox 2 on Switch through the Switch Online service. 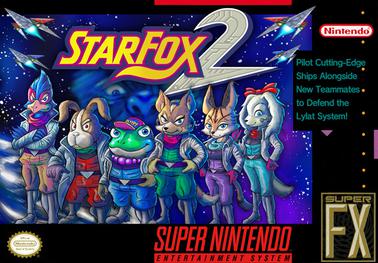 Does it count as cancellation if a game is launched in one region but not in another? I’m going to say it does so I can bring up Mother, or Earthbound 0 when it was eventually released outside of Japan in 2015. Before Final Fantasy VII (the first one) JRPGs didn’t have a lot of mass appeal in the United States (possibly the west as a whole). Even back in the late 80’s and early 90’s JRPGs were usually thick with text and the task of translating a game from one language to another was a great endeavour. For Nintendo, the task of translating, marketing, and shipping Mother in 1989 was considered too great an endeavour to consider being worth the investment. After all, if the American’s didn’t buy Dragon Quests 2 through 4, then they must obviously be too dumb to understand the role-playing genre at all! A more official reason Nintendo didn’t release Mother in the west at the time was likely because it wouldn’t be ready until mid-to-late 1991. By that point Nintendo was pushing the legendarily popular Super Nintendo in the West, so launching a game on the previous console just wouldn’t make sense. It was eventually released on the Wii U eShop back in 2015 as a way to familiarize fans of Super Smash Bros with characters and settings from the Mother series. 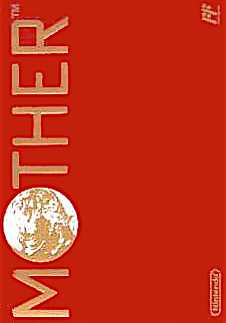 (If you want to find Hell with me, I can show you what it's like)

It just struck me that Mother 3 might be a more appropriate game to mention in reference to this month’s Band of Bloggers theme. It started out as a project for the Super Nintendo, but was eventually scaled up and was positioned to be a flagship title for the Nintendo 64 Disc Drive (64DD). It isn’t uncommon for games to transition from one console generation to another if they’re being developed during a transition period, but the jump from SNES to 64DD was a quantum leap tecnologicaly so early designs were likely scrapped. Despite years of development, the scale of the 64DD was drastically reduced and ultimately this version of Mother 3 was cancelled late in the year 2000. By the year 2000, Nintendo had shifted focus from the Nintendo 64 to the Gamecube and the Gameboy Advance. The GBA turned out to essentially be a handheld Super Nintendo, as was demonstrated when Nintendo launched a Mother + Mother 2 bundle on that console, and with it, an announcement that Mother 3 was back in development. It launched on the GBA too, and despite demands from international fans Nintendo still hasn’t localized this one. They’ve joked about it, they’ve been approached by a fan group who have literally translated the game into English, but 16 years later there’s still no official word on when or if this one is ever going to leave Japan. (Maybe don't pay too much attention to the O)

Let’s widen the criteria a little bit more to get as many games in here as possible. Croc: Legend of the Gobbos was released on the Playstation and Sega Saturn in 1997 but a popular rumor states that the developer, Argonaut Games, intended this to be a Yoshi game for the Nintendo 64. It’s an easy rumor to believe too if you’re going by the design of Croc alone: all he’s missing is a saddle, gloves, sensible shoes, ridges, and a long tongue. Rumor has it Nintendo rejected the concept because it would have been ready before Super Mario 64 and they wanted the first 3D Mario platformer to be a Mario game, not a Yoshi one. Despite working closely with Nintendo for years, Argonaut wasn’t owned by the big N so it’s reasonable to assume they would rework the design of a completed main character and shop it around after such a rejection. Another, much more widely known repurposing of assets was that time Nintendo had Rare convert an N64 dinosaur adventure game into a Star Fox game for the Gamecube. 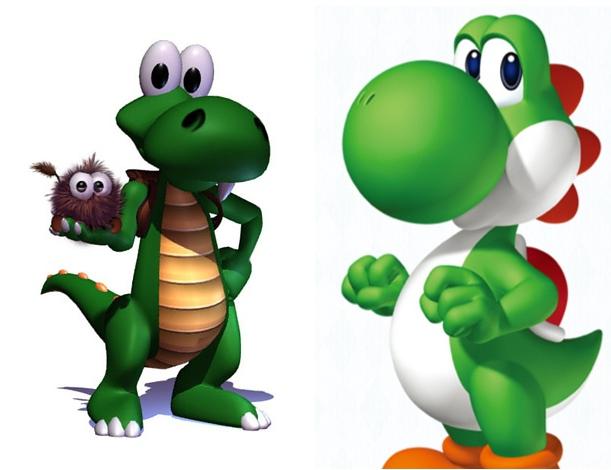 (See what I mean? Seperated at birth, right?)

This month’s prompt may be a little bit difficult to pull off, but I feel like it’s a strong theme. Unfortunately, most cancelled games are impossible to play. I would love to play Star Wars 1313, Rock Band: Japan, Prey 2, DMC: Death Shout, and so many others that are ultimately going to be lost to time. Every time a new ROM is discovered and uploaded to the internet it’s like finding a piece of history and most of the time they’re really easy to access. So if you’ve played a cancelled game like the ones I mentioned above, a game that was supposed to be launched globally, or a game that was going to be one thing before being changed to another, please tell us about it! You can either make a CBlog or even just a QPost. Make sure to tag your posts with #BOB or #BandofBloggers.