When I saw the theme for this month's Band of Bloggers, Release The Trolls, I immediately thought of Soulsborne games and how often the player can die due to a trap or ambush. Those games always have a feeling like anything can kill you at any moment, and in some areas in the game that is absolutely true. However, after playing through Sekiro recently, I found that even with all the times I died, I never really felt like Fromsoft had trolled me, even when that stupid monkey picked its head up. Basically, I'm wary to Fromsoft's antics now, and won't be fooled. I've played too many of their games to be trolled anymore.

So I was in a bit of a bind, I wasn't sure what to do for this month's Band of Bloggers. Then out of nowhere, Nintendo updated Super Mario Maker 2.

The update was honestly really cool, adding a world maker, letting people make entire Mario games, not just levels. I was excited, and once the update dropped I reinstalled the game and started trying out levels, waiting for people to upload their worlds.

The first level I played I died immediately because I didn't start the level running to the right. Okay, cool level design, lets try something else. This time I didn't die immediately, but I did get crushed by an unseen thwomp as I was trying to line up a careful jump. Awsome, love being punished for trying to be careful in my platforming. I went to a different level and hit an invisible block as I jumped a simple gap and fell in that simple gap.

Super Mario Maker 2 is filled with trolls. The levels are inundated with them. I was excited to try world maker, but there isn't any preview for the levels in World Maker, just the name of the person who made it and how many likes they've received. I went to the one with the most likes and immediately found myself dying to something stupid. It didn't really seem like this level was balanced to being the first level of a Mario game. I tried out another world and found the first level was a kaizo level and I was about ready to give up. 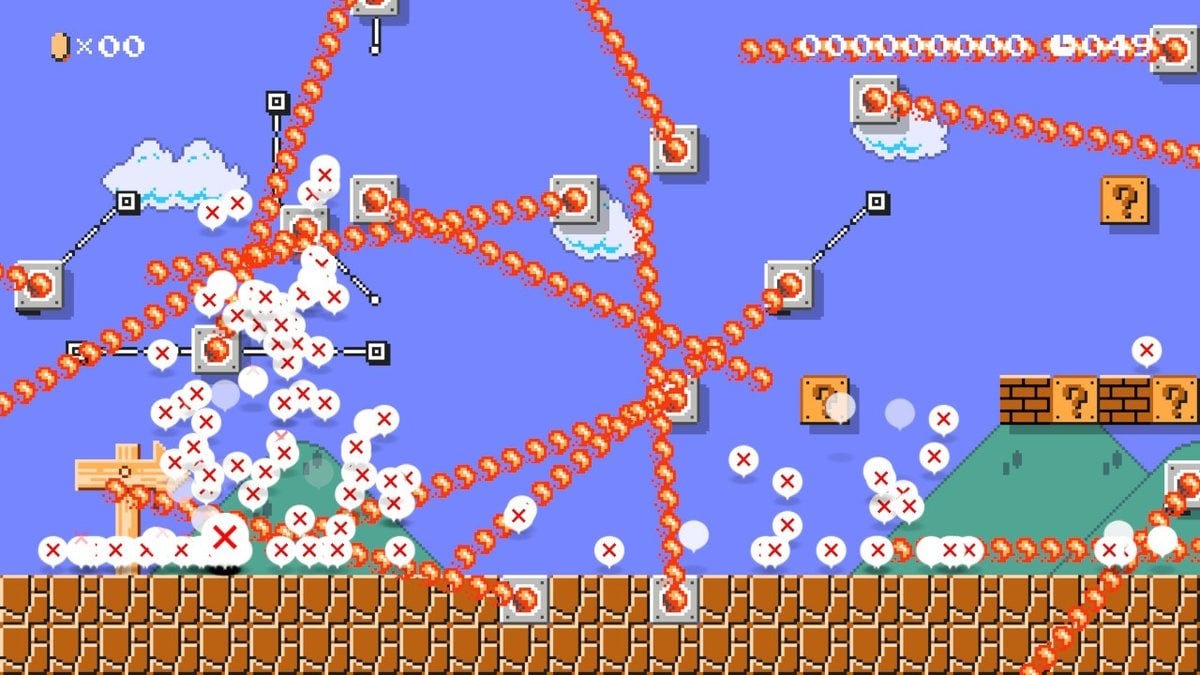 Now obviously there are peole who enjoy levels like this. They seek them out to see if they can overcome the troll, but I've never enjoyed that. I've also never been good enough, or patient enough, to beat a kaizo level.

I was nearly fed up, but I tried another world. This one was... interesting. I do applaud it for trying something different with Mario Maker. Since I'm going to mercilessly tease the creator of this world, I won't tell you who it was. I entered this world that had twenty levels and the first level was called something like "Mario's Journey (Turn on comments)."

The creator was trying to tell a story through Mario Maker. All the comments on the screen were put there by the creator and narrated what was going on or was dailogue from various characters. Mario and a few enemy characters all have to travel together to save their college professor (who was a Kamek). The levels weren't exactly fun, but I just had to see how this turned out, as whoever this was put a lot of effort into writing this little story out in Mario Maker.

Then I beat the first level and oh my goodness.

After beating a level in Mario Maker, you are taken to a screen where you can "like" or "boo" a level and you can comment on it. Looks like this: 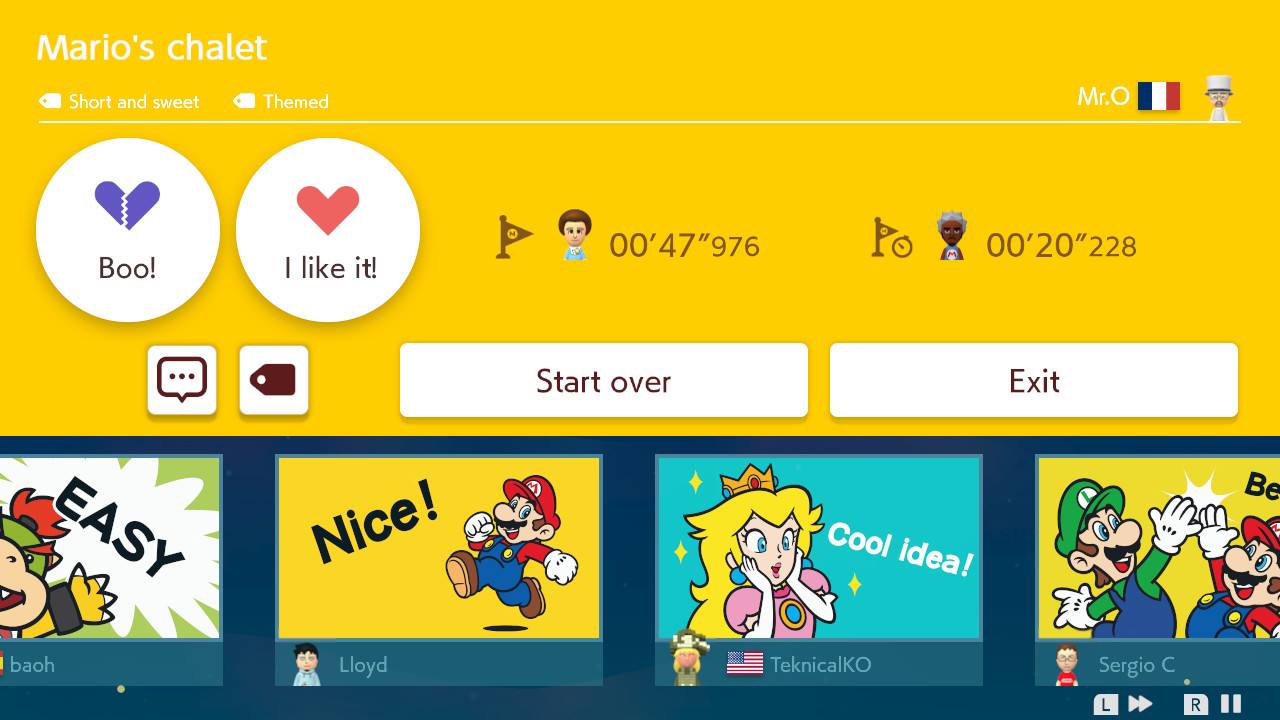 The creator of the level, for whatever reason, had spammed hundreds of comments on this screen, all of them save for a few pointing to the rest of his story, were just that "Nice!" image with Mario in the above picture. As I continued playing his levels, each and every one of his levels ended with the same spam of "Nice!" I was flabbergasted, I couldn't understand why he felt the need to do this. I could not find a single other comment from anyone else, they were all just "Nice!" I figure there are a few possibilities. One, someone left a mean comment and so to make sure that no one would ever be able to see that comment, he made so many generic comments that the mean ones were buried. Maybe he did it to prevent such comments in the first place. Maybe he just really thinks highly of his levels and story and wanted to make it look like a lot of people really liked it, but somehow didn't realize that each comment has his name on them.

As for the story this creator was trying to tell, I stopped playing after the drug trip level that used the new balloon powerup. Not because it was poorly written (it kinda was) or because I wasn't curious as to how this little story was going to play out. No, it was because the levels sucked. I commend this kid for trying something so creative with Mario Maker. He had a lot of good ideas and some funny moments in the levels. They were not fun to play. In the slightest. A lot of them were just walking back and forth trying to figure out which order I was supposed to read the dialogue boxes. The drug trip one finally had some gameplay, but it was an annoying difficulty spike as I found myself dying a lot to stupid, and dare I say, almost troll like level design. I wanted to see where this kid was going with his story, but not enough to endure 15 more levels of that.

When World Maker was first announced I remember a YouTuber (might have been Arlo) saying that making a whole game instead of just a level will make people have to think more carefully about their level design. They want people to make it all the way to the end of their games, so they can't just troll people on the first level and expect them to keep playing. It was a very optimistic look at the world maker, and so far I haven't found it to be true at all. All I've seen are trolls.

Hopefully though, as people figure world maker out and design their levels with future levels in mind, eventually there will be some great little Mario games in the world maker. I'm not sure if I want to swim through a sea of troll piss to find that island of great level design though.