Ah, to be the fool during the month of April, and depending on which games you’ve played there’s high likelihood that you’ve been made the fool once or twice. A part of me wants to spend several paragraphs just talking about Duke Nukem Forever. It started out as a promising, fully 3D sequel to the mostly 3D Duke Nukem 3D. At the time, the game that took the longest to develop was Daikatana, which wasn’t released until about 3 years after it was announced. Time passed though, a new game became the ‘longest ever in development Hell’ but unlike Daikatana, Half-life 2 revolutionized the genre and is still beloved to this day even after 5 years of work. It took three times that from conception to release, but the harsh punchline to the joke that is Duke Nukem Forever is that it’s just really bland and inoffensive. It didn’t innovate, it had a terrible cliffhanger ending, and if it wasn’t for its place in a much larger franchise it would have been forgotten by now like so many other first person shooters of the seventh console generation. I don’t think it really counts as a troll though, since it was published and released by Gearbox and they seem to only release shooters that aspire for mediocrity and only sometimes achieve those lofty heights. 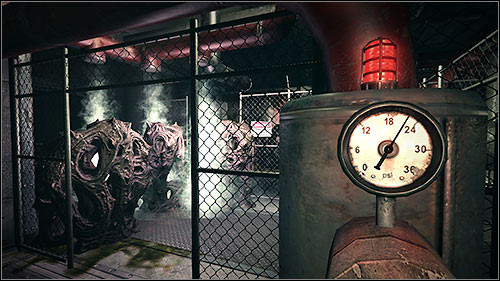 (Hahaha, he said he hates Valve puzzles, but he still did one anyway, do you get it?)

I really dislike when games use random number generators (or RNG) when a perfectly good stat calculator could have been used instead. I like FTL: Faster than Light and Xcom: Enemy Unknown well enough, but eventually I’ll fail to get a hit when I had a 95% chance to hit and thus will begin a cascade of failures that cost me a match or a beloved team member. I feel like RNG is the master of all of the trolls in gaming and everybody has a story of RNG completely screwing up a gameplay session. For me, this happens a lot in Pokemon: At a certain point in my Pokemon adventures, I’ll start looking for long term party members. These are generally Pokemon who are harder to find in the wild and when I do get them, I always dread the possibility that I’ll land a critical hit and end the encounter. This can be especially annoying if you’re fighting a roaming Legendary Pokemon or a Shiny. Admittedly, it’s a rare occurrence but when they do happen it seems to be at the worst possible times.

What’s much more common are critical hits that happen during boss fights in Pokemon. There are instances where I’ll use a potion to heal up my Pokemon, and that basically guarantees that my opponent will land a critical hit, thus bringing my Pokemon’s HP down to exactly where it had been before I healed it up. It’s more annoying than anything, since it lengthens fights and essentially costs me 2 of the same healing item but it happens more consistently than accidental criticals against wild Pokemon.

I’m having a lot of trouble thinking of trollish moments in video games. The things that really get on my nerves are based on random number generators more than anything. It might be a cop-out, but I could just say this entire generation of gaming has been troll-like. There have been a ton of remakes and remasters, there are incredibly few exclusive titles, pay-to-wait and pay-to-win has become more of an acceptable thing in gaming too. Back in 2019 two major films featured Fortnite and in the case of Rise of Skywalker, I’m pretty sure Fortnite can be considered part of that film’s horrible, shattered canon. I tried, but for the most part, I just can’t think of too many other instances where a game trolled me in any other significant ways.