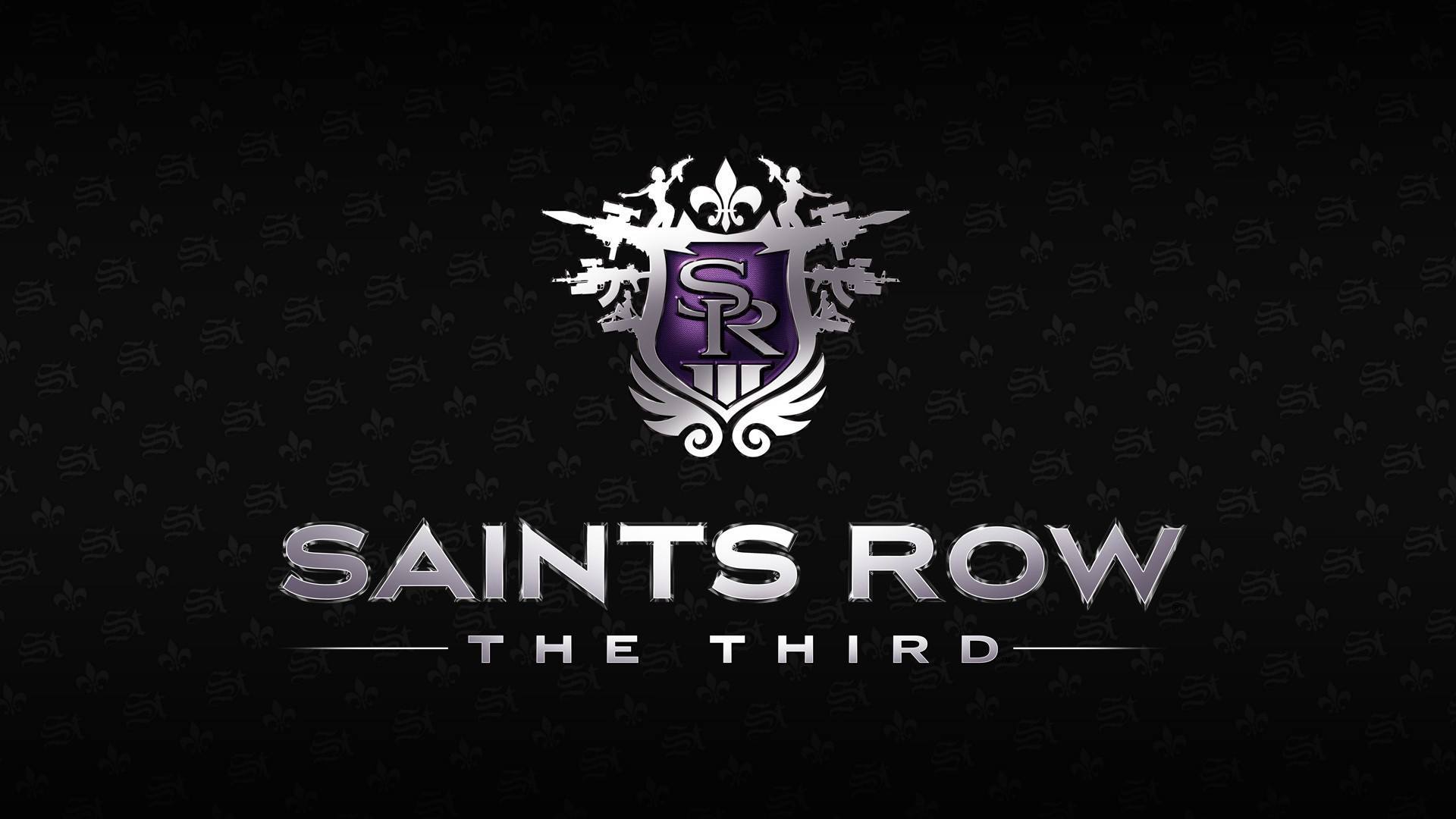 The adventures of the Third Street Saints continue with the third game, which means this rank continues on. For those who didn’t read part one and are wondering why the third game is part two, I skipped the first game as for I have no (legal) way of accessing it. With that said, let's get into it.

The Third Street Saints have taken over the Ultor Corporation and have 9+turned themselves into a media empire. The Syndicate, a criminal organization comprised of three gangs and based in the city of Steelport, try to force a deal with the Saints, which they refuse. After a fight breaks out among the two groups, a few of the top Saints end up in Steelport. With three gangs wanting the Saints gone and the Saints stuck in Steelport with a low amount of supplies, they get to work on being back on top once again.

Saints Row 2 isn’t a bad game, but it has two glaring issues. The first issue is how poorly optimized the PC version is, and the second is its lack of identity beyond being a GTA clone. Saints Row: The Third, on the other hand, fixes these issues and then some. And while it does falter in small parts here and there, it still feels like what the second game should have been.

The bigger of the two issues I had with the previous game was the poor quality of the PC version. Fortunately, this game is a complete turnaround. It looks better, runs better, and feels better all around. The frame rate was smooth for me, and the game’s more vibrant color palette and better graphics is a lot better than the previous game’s drab environments. As for the controls, just about everything is better. Controls overall are a lot tighter, shooting is a lot better, flying is actually doable, and driving is a lot smoother. There is even a neat new feature where you can fast-enter a car, which came in handy with fast getaways. The one complaint I have with the controls and the optimization overall is not being able to swap shoulder while aiming, but it wasn’t much of an issue for me. Still, this game is a huge improvement over the last in terms of its performance. 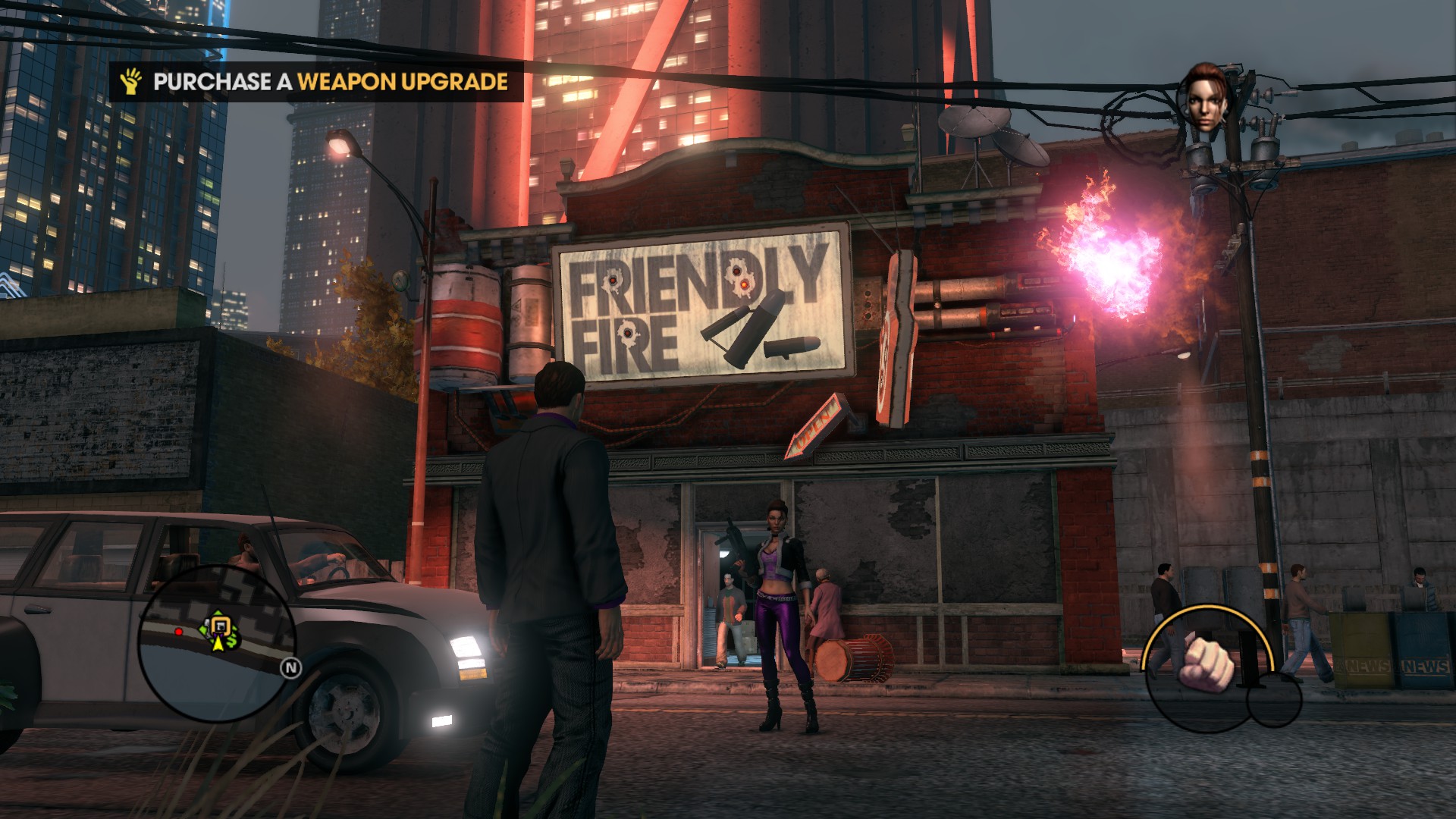 The visuals look a lot better and help with the game’s new style.

As for the second issue, this game also makes improvements over the last, for better or for worse. This game takes a much more goofy and cartoonish style, which I have mixed feelings on. This game has a lot more unique missions, and the humor is at-times pretty funny. On the other hand, a lot of the jokes didn’t land for me, which I especially do not like in video games. Even with its hit-or-miss humor, the game’s new identity is fun to be around, and that puts it above the last game’s lack of one.

Outside of those two aspects, what else is different or new with this game? Not much, but that’s fine. Saints Row 2 may not be great in the optimization department, but it’s a solid game gameplay-wise. A lot of the second game can be seen here, but there is some new stuff and some changes here as well. A lot of the activities of the last game are back, offering some strange and unique mini-games to complete. In this game, however, each activity only has to be done once instead of six times in the last game. Also, you don’t need respect points to play main missions unlike the last game, allowing these activities to be a fun side activity instead of a grind. The respect meter is instead used to unlock upgrades to weapons and abilities similar to the upgrades in the previous game. This game also retains its high amount of customization, even including the ability to create a playlist of songs from their long list of music. Shops can be bought just like in the last game, but this time the revenue generated collects on a phone app instead of a crib. Homies can be called in to assist in fights, which is a feature I used in neither of the two games. Finally, just like the last game, there is still no fast travelling. A lot of this game is similar to the last, but there are a few small changes as well. 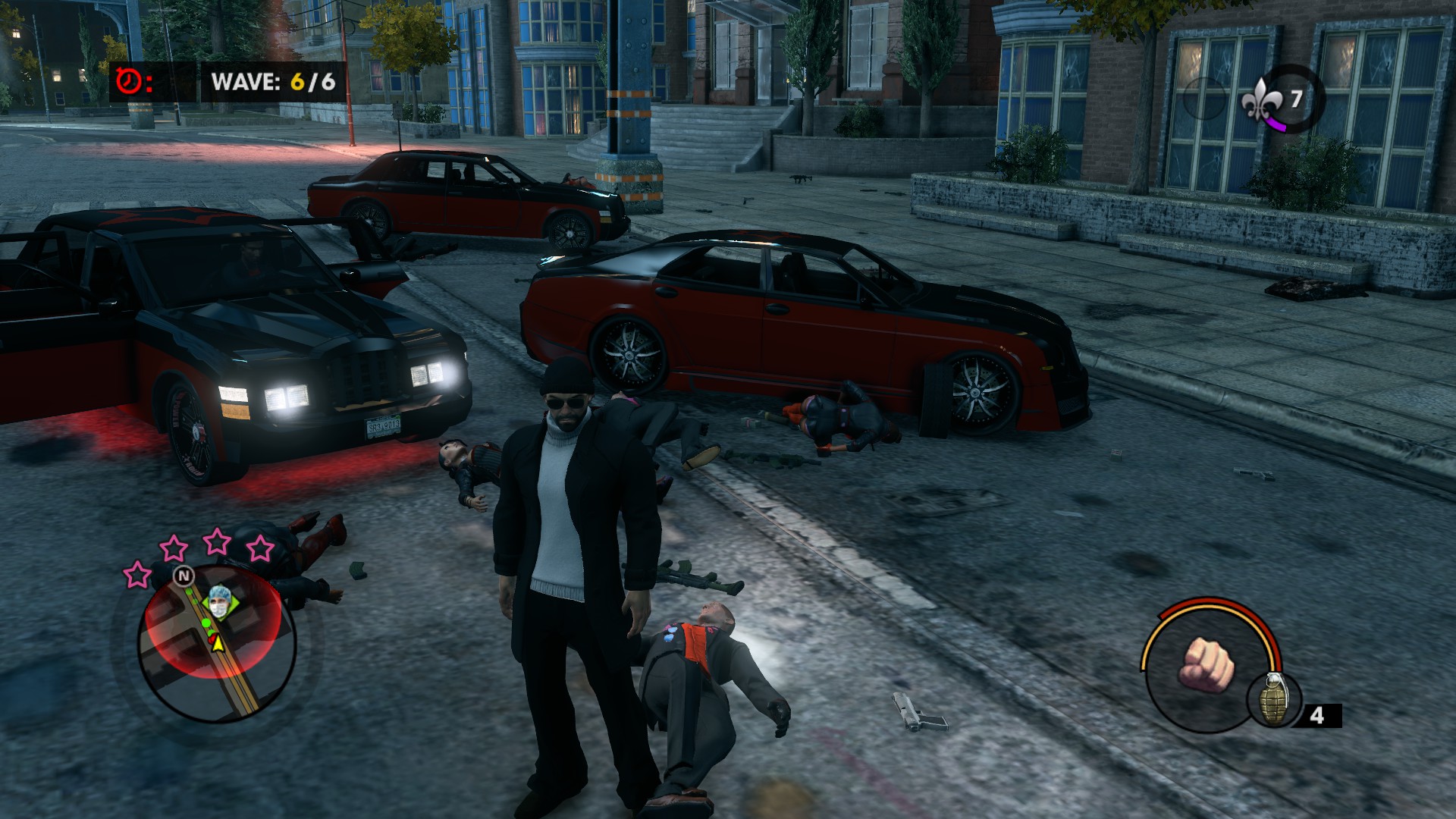 The Saints Row series allows me to be anything, so I became Leon from Leon: The Professional.

I already went over some of the changes and additions in the last paragraph, but there are a few more worth noting. For starters, the campaign has a more singular story compared to the three mini-stories of the last game, as well as a couple of story options which offer different stat boosts and even two different endings. The story options and multiple endings aren’t special, but they do add some extra flavor to the game, which is more than I can say for the last game. This game takes a different approach to progress, with the map being divided into different districts with one task in each district to claim it. These tasks include activities, buying buildings, and gang hideouts, which is just a clump of enemies to kill. Even though this new system really boils down to a different visual indicator of progress, I really like seeing the map slowly fill with purple districts. Finally, weapons are more distinctive and can be upgraded. I’m sure there are some other smaller changes and additions, but the ones I do remember are an overall improvement to the series.

Outside of the main campaign and DLC I don’t own is whored mode, which is a wave-based horde mode. Despite the terrible title, this hoard mode is actually pretty solid. Each wave brings on a different set of weapons and enemies for a total of 30 waves. There isn’t much to the mode, but all of the wacky combinations of guns and enemies are fun to see. 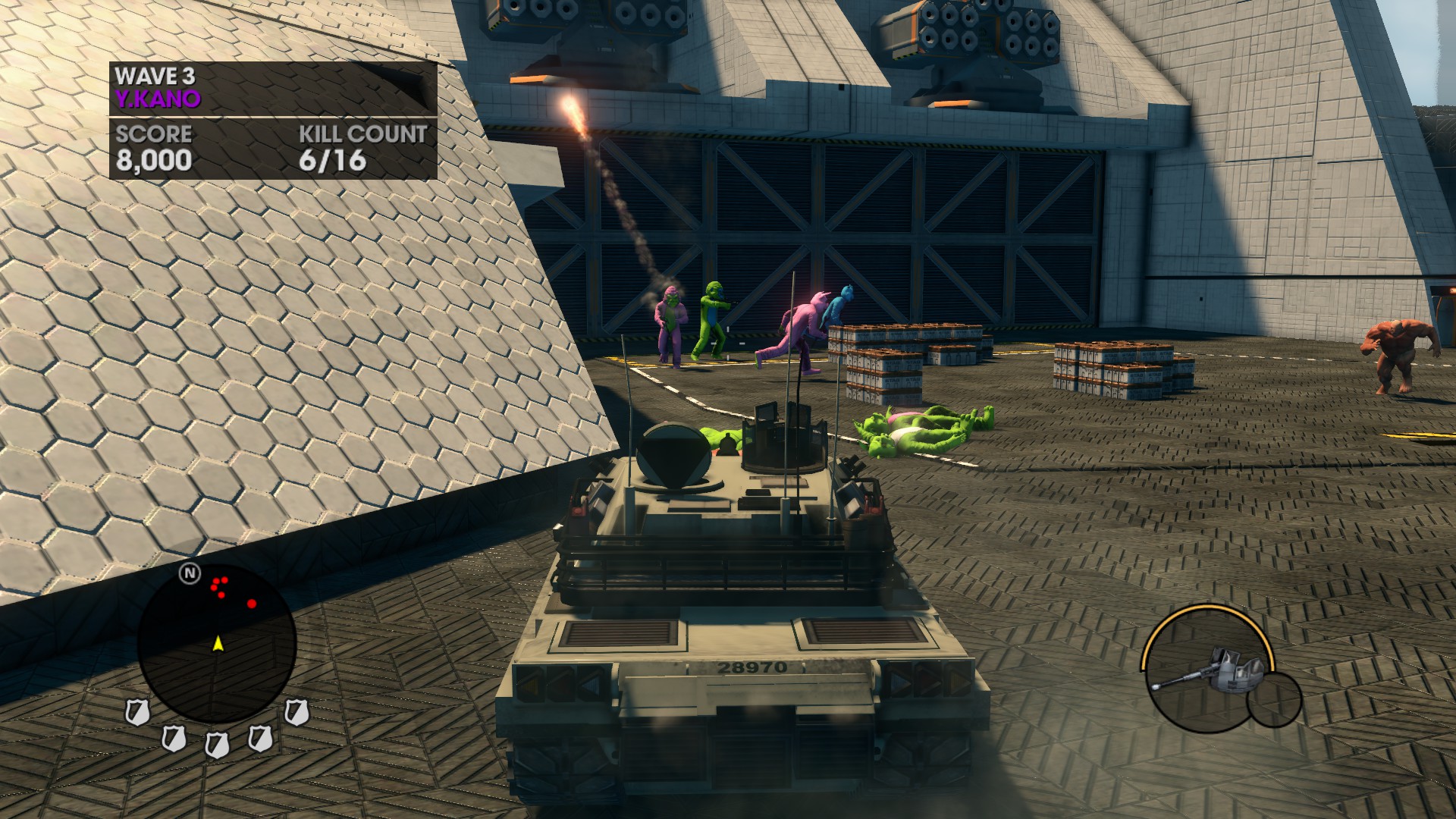 The different combinations of weapons and enemies kept the waves from getting dull.

In conclusion, Saints Row: The Third is a great sequel to the previous game. I can understand if people do not like the shift in style and attitude this game takes (I’m not the biggest fan myself), but its greater sense of identity and its improvements to gameplay and optimization make it a strong title for me. Because of that and more, this game is going above Saints Row 2 in the number one spot, and I’m guessing it will stay high up on my list until the end.