In Other Waters (Switch) Review 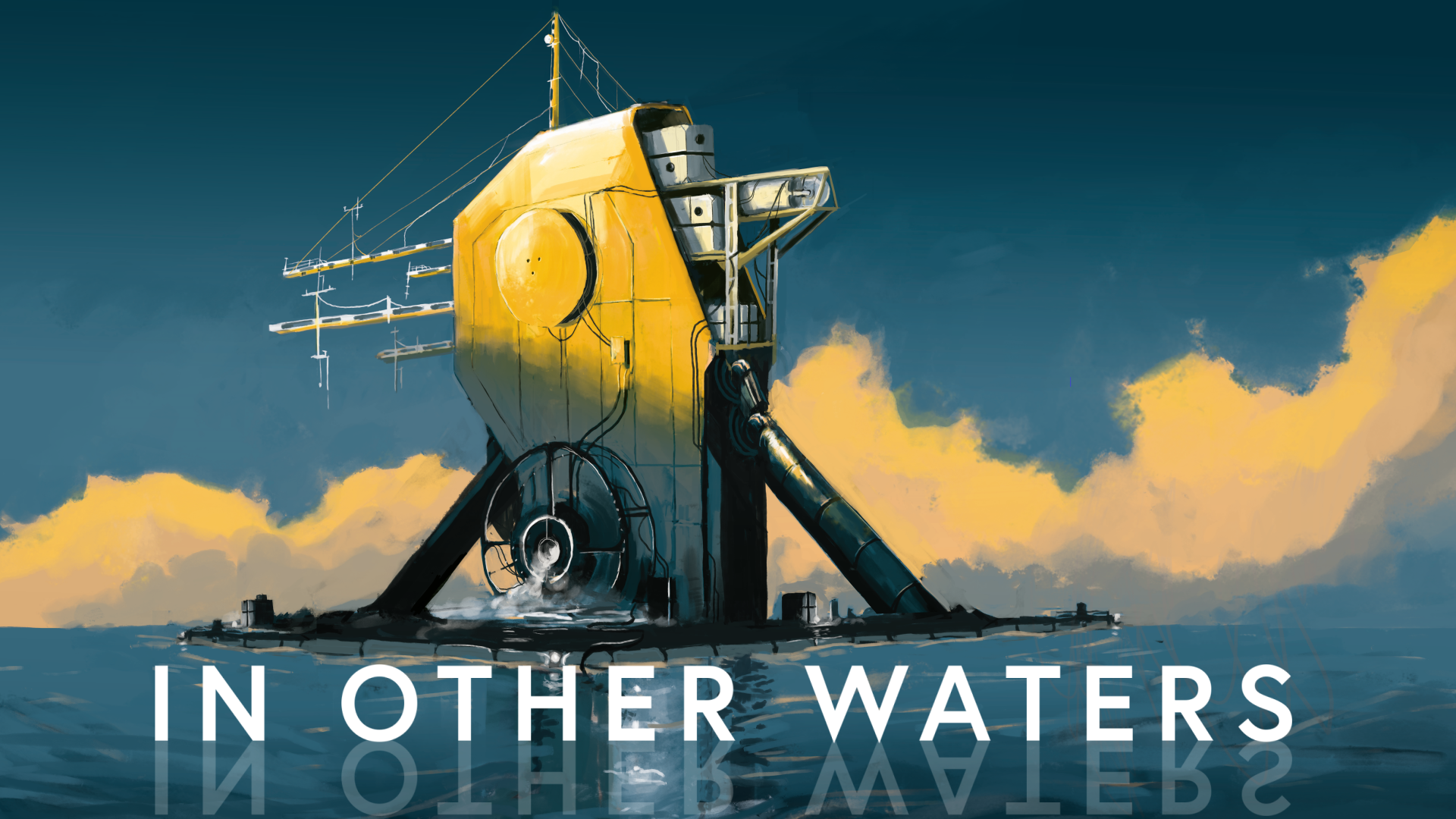 When I think of exploration games, I think of games like Breath of the Wild, Fallout, or Subnautica. These games fill their worlds with unique location that are meant to catch your eye and keep you distracted until you find the next thing out in the distance. But can an adventure game succeed without those visuals? That is the question In Other Waters attempts to answer. The result is a game unlike others.

In Other Waters follows a xenobiologist named Ellery Vas, who goes to planet Gliese 677Cc after being mysteriously contacted by her colleague Minae. You play as an unknown AI in Ellery’s suit, guiding her through an alien ocean said to be barren of life. As it turns out, the planet is quite the opposite of barren, so Ellery goes on a quest to log all of the life on this planet as well as find Minae and figure out why this planet was deemed barren.

The main feature that sets In Other Waters apart from others is its perspective. This game takes a minimalist approach to its gameplay, with the entirety of it taking the perspective of an AI looking at map readings. The environment is a basic topographical map, and everything that inhabits this world (including Ellery) is made of dots and text descriptions. Despite how much is stripped away, the game does a great job of painting a picture of the environment in your head as well as telling an engaging story.

This game is all about scanning. You press a button to scan your surroundings, and various items will come up on the map to scan. There are two types of items to scan: the life on the planet such as fungi, plants, animals, and moving spots. What do I mean by moving spots? Instead of moving around freely, you move from spot-to-spot. This was pretty annoying at first, but eventually I realized how essential this form of movement is to the game, as for each spot has a text description describing the environment. The scans on life in the world are also essential with describing the environment. Every life form in this game requires multiple scans, and each scan gives a new detail about what you are scanning. Doing enough scans unlocks the item in your log, which will give it a name and a lot of details about the item, including a drawn picture. On top of that, these different life forms look different in-game based on dot patterns and movement, giving each item more of an identity. All of this plus the game’s excellent soundtrack and sound design do a great job of giving you just enough info to let your brain imagine the rest, which I haven’t experienced in a video game yet. It’s the ways this game uses your imagination is what I love about this game and what makes it feel fresh. 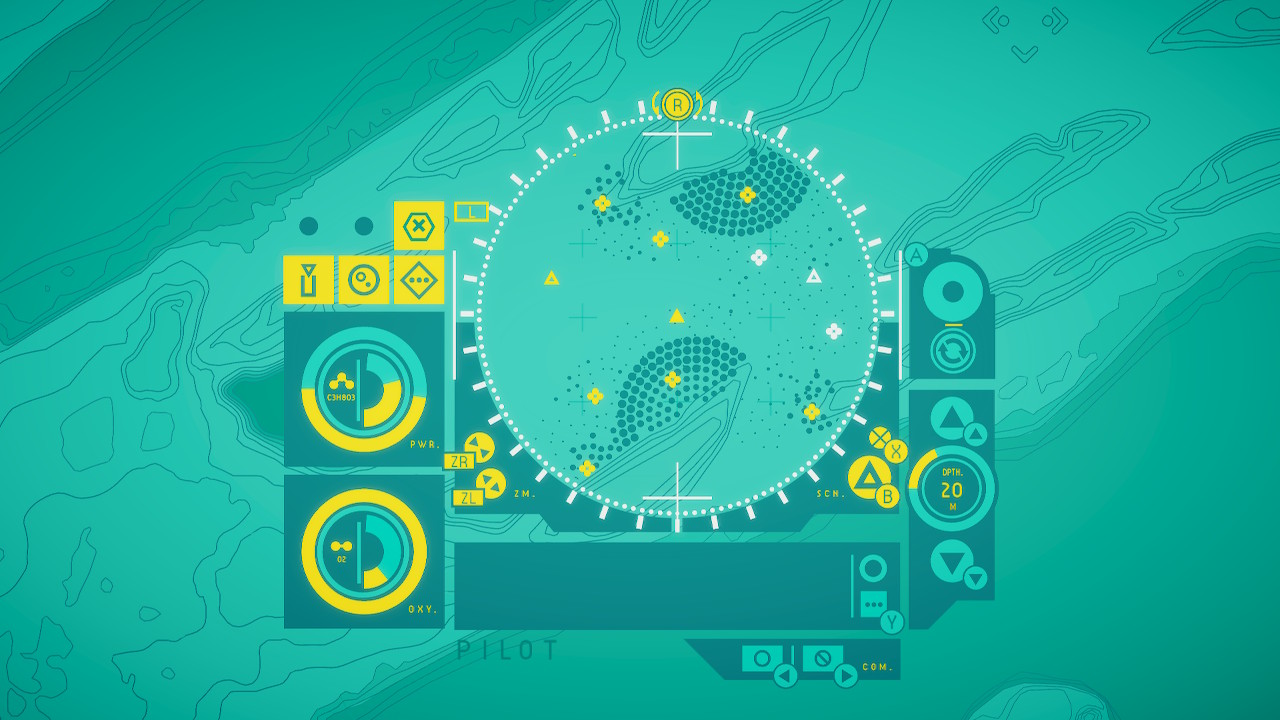 Different life forms in different shapes and sizes made it easier for me to remember each plant and animal.

There are a few other things worth noting in the environment. Throughout the game, there are samples of various life forms to pick up, which can either be scanned at home base or used in refilling the power or oxygen meters of the suit. There are even a few items that can be used in the environment as tools to clear the path forward in certain spots. The mini-game for item pickup dropped frames for me, and the items that can be used in the environment don’t say how they can be used in the item description in-game, but picking up items and scanning them for even more details about the world is fun. As for the oxygen and power meters, while they sound like aspects of a survival game, I wouldn’t call this a top-down Subnautica. There are a few unique areas in this game, such as a poisonous bloom area or spots with strong currents where these two meters come into play; but outside of that, they are out of the way. I’m not a fan of survival games, so having these meters in the background helped with keeping the focus on exploration and story.

Outside of exploring the ocean, there is a home base to spend a little time in. I only really visited it for the sake of advancing the story, but there are some things to do at the base worth noting. You can storr samples, scan samples (which will add more details to the life on the planet), read the logs on life forms, read Ellery’s logs, and fast travel to the next spot. One thing that is lacking in this game that can be found here is the map, which I think is important considering this is an exploration game. The map can only be viewed at the base, and it only shows objectives and a few points of interest. It doesn’t show where you have already been, any moving spots, or any pickup spots, which I would’ve found helpful. Even without those things, being able to see the map outside of the base would’ve been helpful; and while I never got lost, I could easily see others getting lost without it.

Accompanying the scanning and exploration is a story I found just as engaging as its minimalist gameplay. The story starts simple: find Minae. As it goes on though, who Minae is to Ellery and why she called her to this planet becomes apparent, and the quest to figure out why this planet is important becomes center-point. The story jumps from one mystery to the next, and each one left me wanting more. Plus, who Ellery and Minae are to each other is slowly revealed throughout the game, making the quest to find Minae and find out why she’s on this planet more impactful. The story isn’t perfect though. There are times when Ellery will ask you a question and you can give a yes or no answer to her, but your response ultimately doesn’t matter. Choosing yes or no will change her dialogue, but not the outcome, which makes that option feel pointless. Also, I found one of the major themes in the story to be one I feel is overused in entertainment, making its message here feel stale. Despite these shortcomings, I really enjoyed the story presented in this game and the futuristic ocean setting this game inhabits. 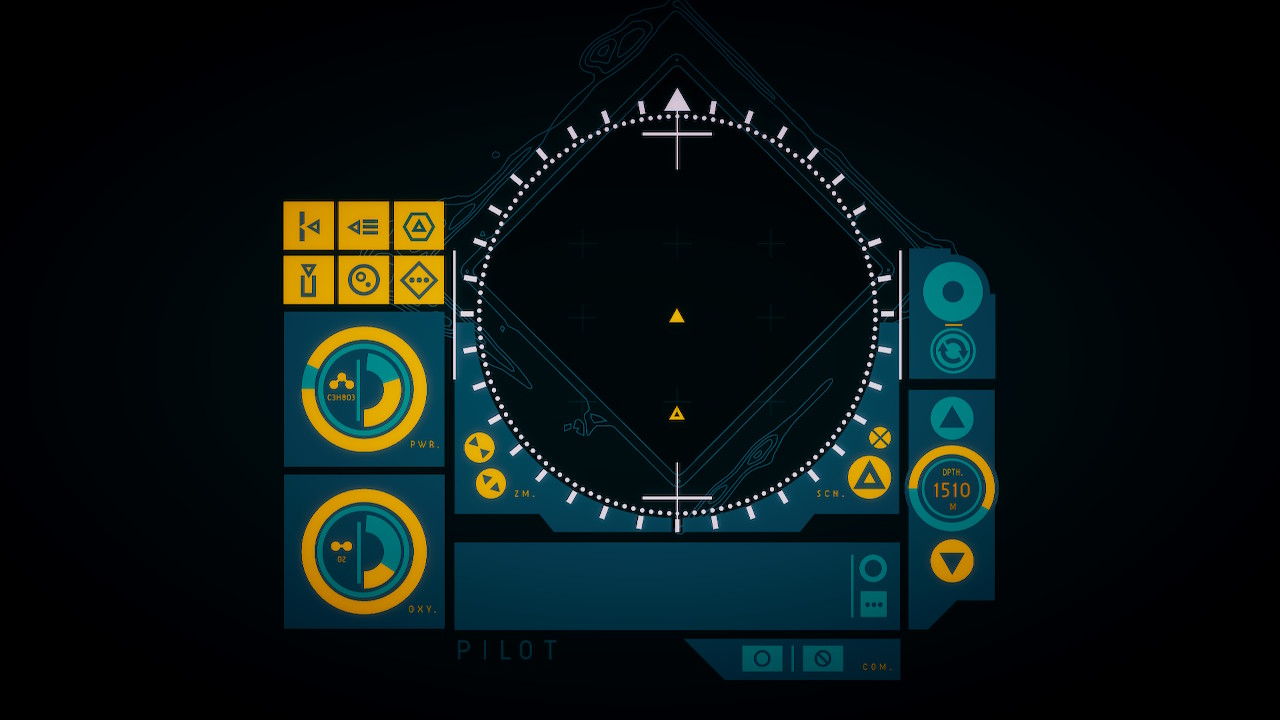 Despite its minimalist approach, the game still managed to present unique story moments I became engrossed in.

In conclusion, In Other Waters is a unique experience that manages to envision a vibrant ocean world with dots and text. It has a good blend of exploration and narrative, and both of those things mixed with its relaxing gameplay and music make for a chill experience. It may not be a game for everyone, but I do think it is a game at least worth checking out.