Four years ago, I reviewed the original. Now, the new version is out on the PC.

The game is exactly the same as the original with a few new scenarios. Duelist Kingdom is expanded on with the DLC from the original game, but there are still a lot of missing battles. For example, Espa Roba vs Joey is skipped and so is much of the finals matches. They do add the remaining of Arc V and quite a good number from VRAINS to make up for it. 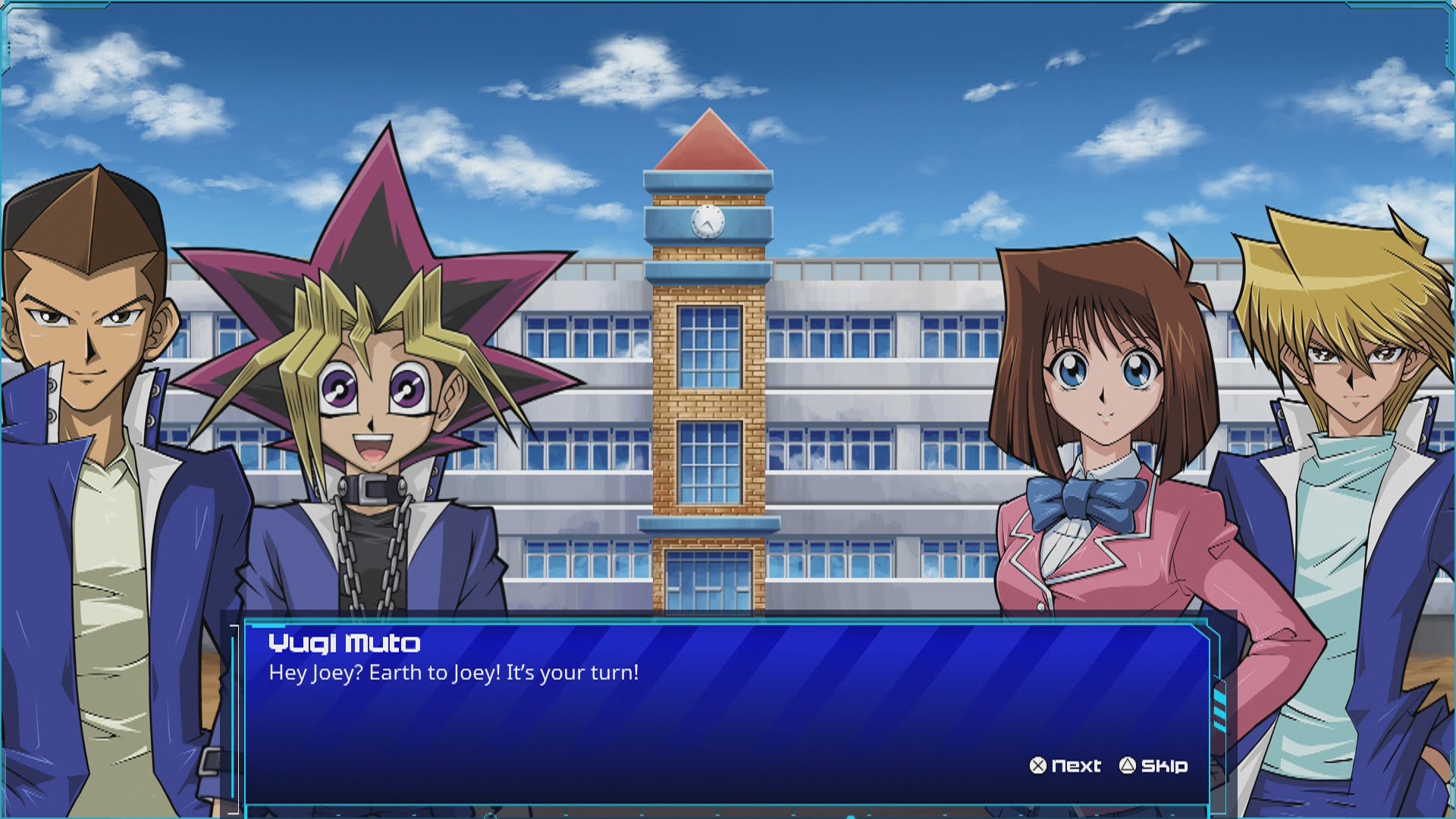 The game has a bunch of terrible looking 3D models and the age of the character illustrations start to show. The novel like sections clearly uses the older artwork and they did not bother to filter it, making it easy to see the messy outlines on the characters in their portraits. Luckily, the portaits seem to be better for the new characters and the card images are of fairly high quality. The 3D holograms that appear in duels when a character summons their ace monster is back, but the same problem of not being able to skip it and having to sit through the animations each time continues to be a problem for the game. The Pendulum mechanic even requires you to watch the two cards float up with the word PENDULUM between them and then floating back down before you can actually do it.

Once again, the game's story mode is the main focus of the game. The first match of each version teaches you the mechanics to the game along with a more detailed tutorial should you need it. For the most part, it is quite friendly outside of the few heavily luck based matches of Jaden and the GX era. You follow the characters through their respective stories and they now each come with their own decklists that you can rebuild once you unlock the cards. Because of this, a lot of the story mode duels do feel like puzzles until you can assemble your own deck.

However, there are times when they mess up the decks. For example, Mai Valentine's early deck in Duelist Kingdom is filled with new cards like Harpie Channeler that will completely wipe the floor with Yugi's deck. This is where I first encountered a massive road block in the game and I had to go back and grind the easier matches for new cards. It was not until I got a decent 5Ds/Zexal deck that I manage to come back and defeat her. Once you get to the VRAINS story, everyone has highly specialized decks filled with combos and they can quickly pull out a 7000 attack dragon from out of nowhere or just clear out the entire board with ease. 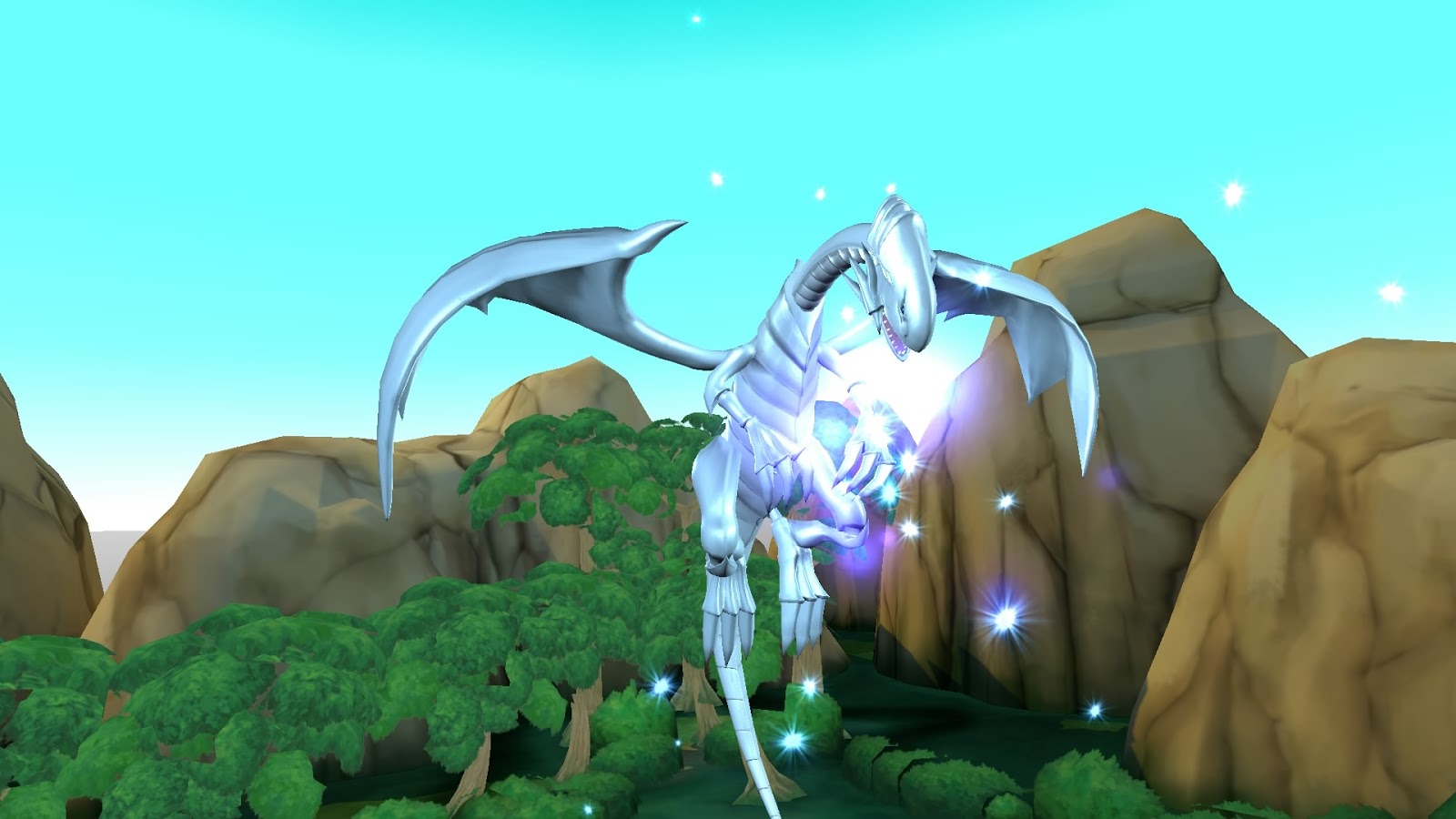 By progressing through the game, you unlock new booster packs that you can buy to unlock cards. Losing a match will get you about enough points for one pack while winning can get you anywhere from two and a half to almost five packs worth of points. Sadly though, you only unlock a few cards from each of the campaign's duels, so making an improved version of the character's deck is quite hard since the main character's cards are often in the last pack that you unlock. There are also a lot of cards that are still missing for some reason.

The strangest part of unlocking new cards is that their set designs do not make a lot of sense. For example, you think you might go to Jaden's booster pack for Elemental Hero stuff. That is partially true, but many of his cards are in Soul Burner's pack for some reason. It is not just one or two, but like two dozen. The same applies to Blue Angel's Trickstar which are divided between the Blue Angel and Playmaker. packs It just seems rather odd to divide some sets like this, but not others and it becomes problematic to track down specific cards since there is no way to tell or remember where each card is from without a website to help you. You can only tell if you have the complete set from the shop. Luckily, some of the rare cards can be earned in the rematch challenge duels. But, you will spend a lot of time just burning through packs and hope you get the cards you need since duplicates are frequent.

For me, the biggest problem with the game is its inconsistent ruling with the Extra Deck. For some reason, you can summon Fusion, Synchro, and XYZ monsters just fine, but Link Monsters and Pendulum Monsters require the arrows from Link Monsters or else you can only summon it to the Extra Monster Zone. This is hugely problematic for a lot of archetypes as their arrows are either extremely limited, or they just do not have Link Monsters to support their archetype. For an archetype that requires them, not having them is a big oversight. 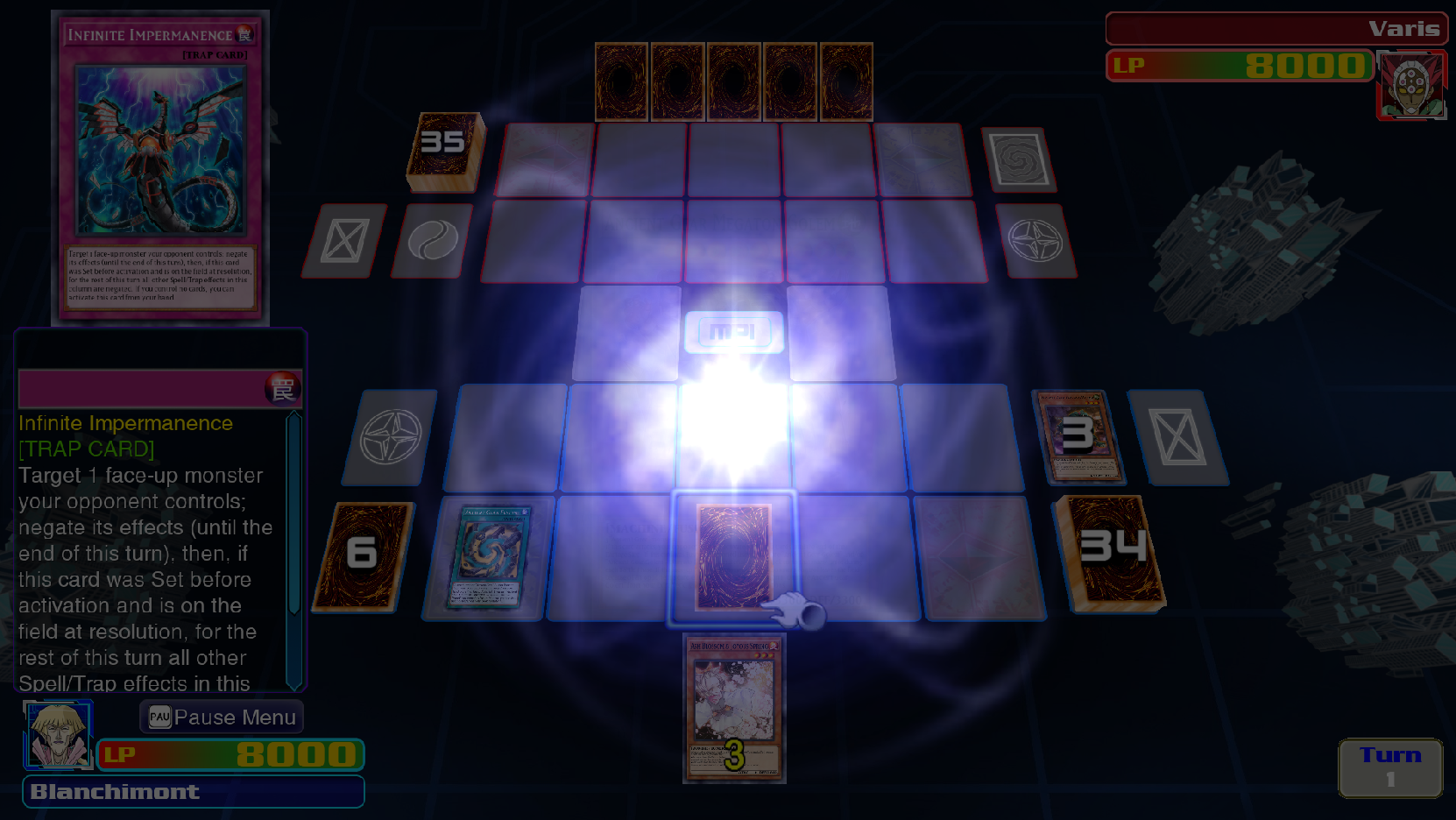 This is pretty much an update to a game that was 4 years old at this point. It was the bare minimum amount of work that honestly should have just been DLC instead of a separate game. The board layout and some rules changed, but it is not enough to warrant it as a separate game. The new cards are a welcome addition, but the old problems of the game still remain, such as the inability to turn off ace monster effects. It is an improvement on the original, but not worth the $40 if you already own the original unless you really want to play with the new cards but cannot get them because of the corona virus.