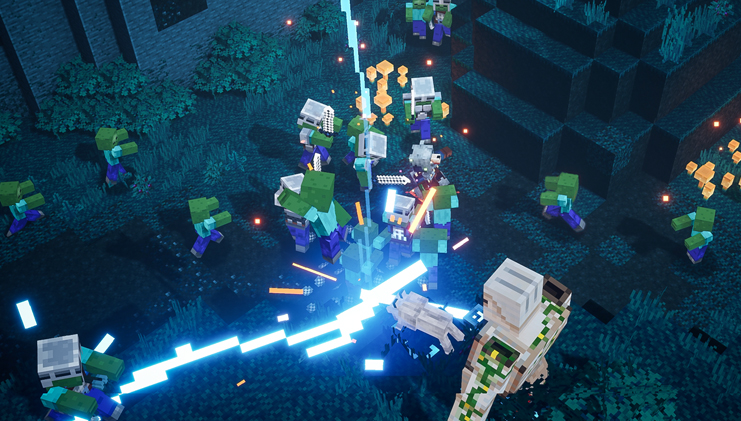 Minecraft Dungeons has been delayed recently and to put to rest an often brought up question, no, it won't have cross-platform multiplayer at launch. Following its reveal that it won't be releasing during April as planned, they went wrote out an FAQ section to answer some of the community's most burning questions. It seems, sadly, it won't be including cross-platform multiplayer at launch.

The game has been touted as a co-op title and still will rely on that feature with seemingly minimal change. That said, with it releasing on all platforms, odds are you have that one friend who absolutely refuses to get the platform everyone else has in the friend group. As such, they'll have to be left out during a long-winded gaming session with your pals.

With the inclusion of cross-platform, it curbs that significantly and while it's up to the systems to 100 percent add it, they've been a bit willing to play-ball with developers. They did this by just allowing them to make the games they want and add this feature with their approval. Now, Nintendo and Microsoft/Xbox don't seem to have much of a problem with cross-platform multiplayer. It's Sony who tends to be a bit of a stick in the mud from time to time.

It took a ton of backlash for them to greenlight this feature for Fortnite, which already had this feature on almost all other consoles other than PS4 at that time.

They did give a glimmer of home, though, as said in the FAQ, they are working on it and will be patching it later on. It isn't clear when "later" is in this case. Minecraft Dungeons cost anywhere from $19.99 to $29.99 and released on May 26.