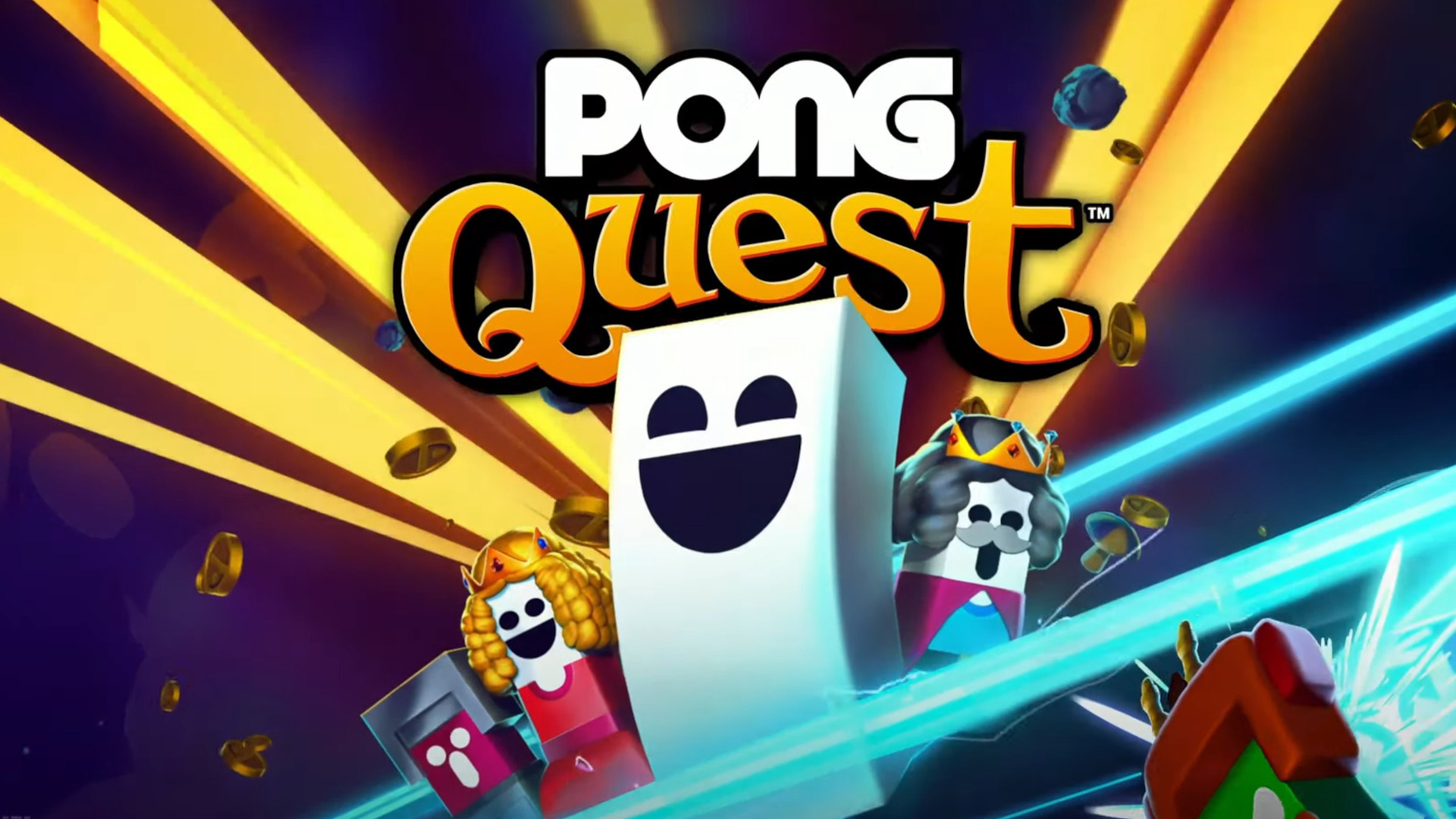 We've seen a ton of PONG remakes, it's hard not to when the game is so simple that a college kid with remedial knowledge of game dev software can make it. But, it seems it's coming back in a unique way. Labeled PONG Quest, developed by Chequered Ink and published by Atari, it takes what you know about the classic one-on-one tennis-like game and thought: "What if this was an RPG?"

PONG Quest sets you off on a quest that determines the whole PONG universe. I know it sounds weird, trust me, I know. But, quite frankly, if you've seen the trailer, you'd probably finish the trailer wanting to know more. Sadly, since it's just revealed, nothing more has been revealed.

It isn't a simple game, though, even though the game is clearly keeping to the classic PONG layout of "bounce one ball back and forth," it's also looking to mix things up, too. First off, you're not just a white line of pixels, no, you're a full-on customized line of pixels. Want to look like you're on vacay with the family? You can do that. Want to look like you're the rejected Ronald McDonald? Sure!

Don't think that's all you get to customize, though. No, Chequered Ink had other ideas. Instead of just customizing yourself to look like that one emo kid in class, you can also change the change out the ball for different abilities. With 50 to choose from, they certainly are wanting to put their best foot forward to make sure people know it's an RPG.

The differences don't stop there, though, and neither do the game modes. Sit down and play with your friends locally or even via the wonderful internet, which we do next to all our interacting through anyway. Play multiple game modes including unleashing mayhem by playing with up to three other players.

Of course, though, if you just want to relax and play some nice PONG, that's always an option. PONG Quest is hitting the Switch and PC on April 30, 2020.