Super Smash Bros. Ultimate is a really fun game that I have spent a lot of time with. I wanted to write about it for this months prompt, but I couldn't really think of a way to make it fit. This month's prompt is Rule of Fun, those moments in games that seem to break the rules because it would make the game more fun. Smash doesn't really break it's rules all that often. It has a lot of modes and ways to play that are all really fun, but none of them seem to break the mold or do anything drastic. The single player adventure mode is different from the rest of the game, but I'm not sure if it's the better for being so different, so it doesn't really fit the theme either. 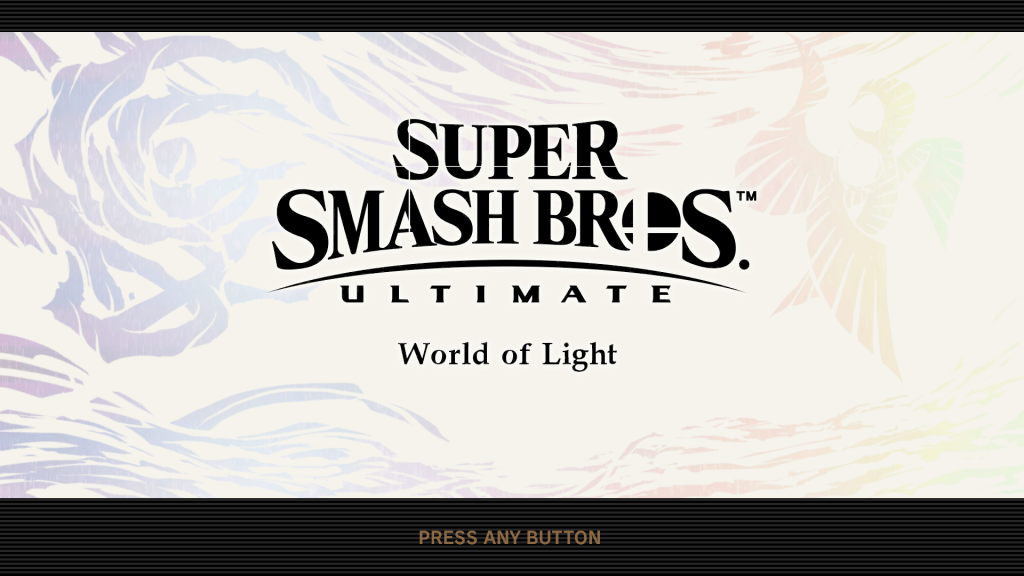 There is something about World of Light that absolutely fits the theme though. I'm not sure how much something like this still applies, but *Spoiler Warning* for World of Light. What I'm going to talk about is honestly really cool and I think you would probably have a great time experiencing it for the first time yourself, so if you haven't already and you have the patience for it, go beat World of Light and then come back here.

Master Hand plays a big part in World of Light. Galeem seems to have hundreds of them and throughout the adventure Master Hand will get in your way. It will break bridges as you are about to cross them, and you have to fight it a few times over the whole campaign. Eventually you beat back Galeem, but only for Dharkon to show with a bunch of Crazy Hands and you have to play through another map. After beating Dharkon, Galeem and Dharkon, along with their armies of Master and Crazy Hands start fighting each other, and you are kind of in the middle of it all. 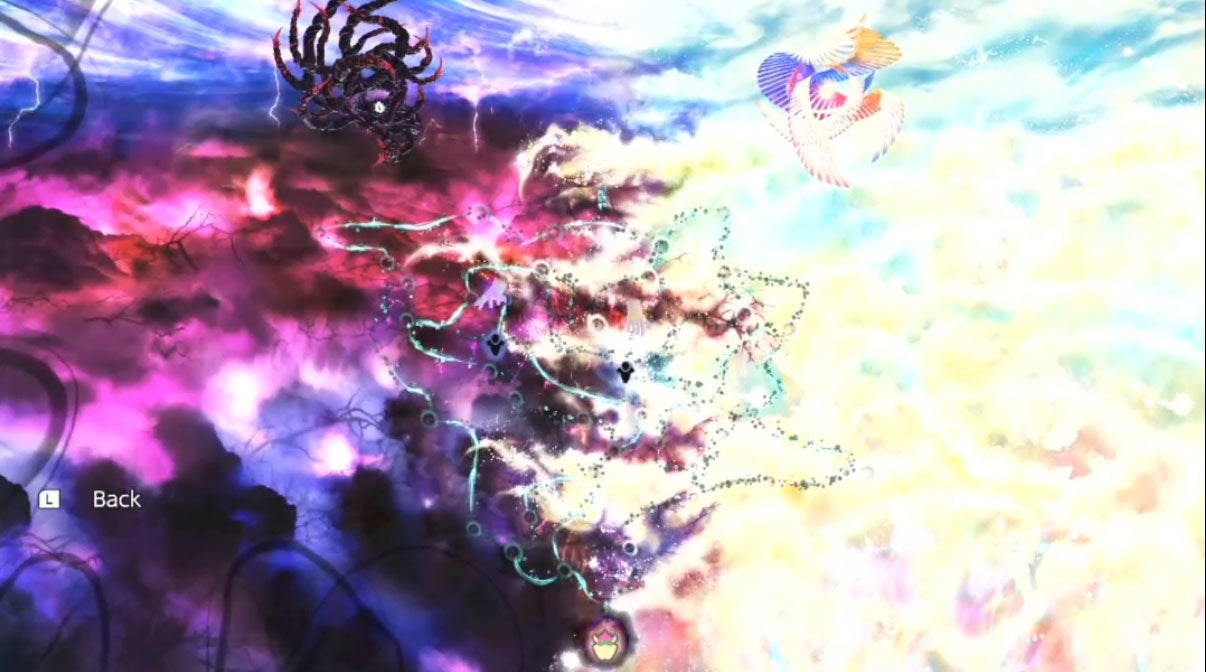 Throughout the game you've been saving the playable characters of Smash by fighting them in their controlled state to basically wake them up. This continues into this last map, but this map adds a little something to it. In this map you also wake up Master Hand and Crazy Hand, and bring them to their senses. They stop doing the bidding of Galeem and Dharkon and move to the top of the map as if waiting for you. If you can balance out the fight between light and dark, a new path opens in the middle of the map that leads to Master and Crazy Hand. When I got to this point in my playthrough I thought that I was going to have to fight them again, which was really weird since I had just freed them. The two of them do a charge up animation and strike the ground, making a hole that Master Hand jumps through. After a brief loading screen, it happens.

You are controlling Master Hand. 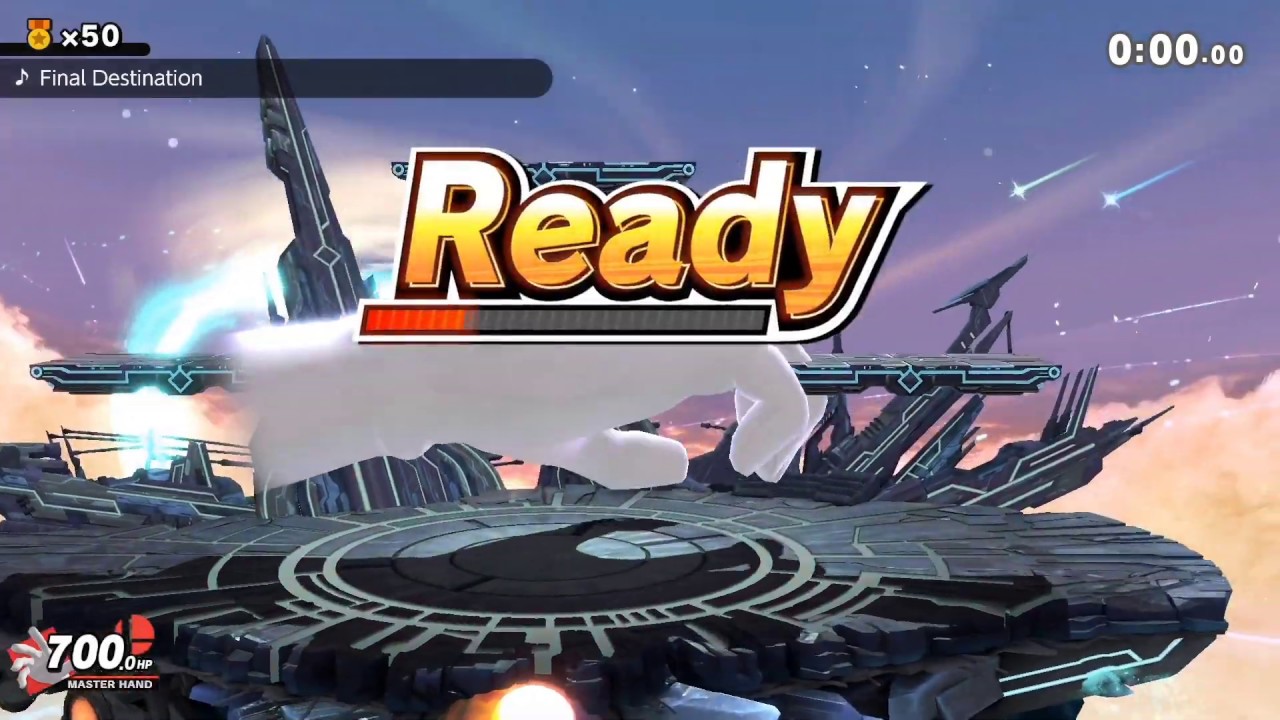 It took a moment for it to sink in, but as clone characters for both light and dark quickly swarm Master Hand, I soon realized that I was controlling the Hand and that I could use all its moves that for years it had been using on me. Never before has Master Hand been playable in Smash. It wouldn't make sense to play as the floating hand enemy that doesn't take any knockback like all other characters do. I had never even considered it a possibility until I saw a mod for Brawl that allowed it. Even then, I never thought that I would end up playing as Master Hand in any Sakurai approved way. Brawl and Smash 4 let you play with the idea of playing as a boss character by making Bowser's final Smash turn him into the previous boss character Giga Bowser, but that one made sense, as Giga Bowser still plays like a Smash character, just big and overpowered.

This single battle is the only place you can play as Master Hand in the entire game. There isn't a Master Hand mode that lets you re-experience it later. If you want to play as Master Hand, you have to make it to this battle in World of Light. I think the best part for me was that I had no idea this was coming. I was expecting to fight Master Hand again, not play as him. It took me by surprise and filled me with so much delight as it was happening. The battle itself is simple enough, you are given 700 HP to fight against 50 enemies with Master Hand's overpowered moveset. You can swat enemies away, slam them into the ground, launch them up then drill them into the ground, shoot them, throw rings at them, and my favorite move, shoot lasers out of each fingertip at them. The battle won't take long, but my hype for the battle lasted the whole time.

I still think back on it and smile. I got to be Master Hand, even if only for a moment.

In this battle, I feel like Smash Ultimate broke it's own rules to let me have some extra fun. Not only the rules of normal Smash, but the rules of World of Light as well. You don't have to worry about adding spirits to yourself for this battle, or how much skill points you might need to grind to get that ability that might help. You just become Master Hand for one fleeting moment and wreck the armies of light and dark. Master Hand was not happy being controlled, so it gets its revenge on by fighting the armies of the beings that had controlled it, allowing the heroes of the story to continue onto the Galeem and Dharkon fight. I think the best way I can describe my reaction to being able to play as Master Hand lies in Alpharad's reaction to it. At about 18 minutes into the video, Alpharad gets the Master Hand fight and he is giddy the whole time. The video should start at 18 minutes automatically, but it for whatever reason it doesn't, skip to it and watch Alpharad do the fight to get an acurate representation of how I felt during the fight.

The Master Hand fight was some of the most rule breaking fun I've had with video games in recent memory. I think it definitely follows the Rule of Fun. World of Light gets some deserved criticisms for some of it's ideas and mechanics, but it let me play as Master Hand, and I love it for that.