Frolicking On the Fringes of PC Gaming

This year, it will have been 5 whole years since I finally took the step to embrace PC gaming instead of ignoring its hallowed halls of splendor in favour of being a humble console enthusiast. But me being me, I've basically treated my PC as just another console anyway.

It all started with picking out affordable parts back in 2015, the two notable ones being the graphics card (a GTX 960, which came with MGSV) and a 256 GB SSD (for the OS). Since then, I've only bought extra RAM (currently on 16 GB, which is all I need really), even though another SSD would be nice as well. To save space, anything not related to game installs goes on my laptop or onto a "cold storage" portable HDD. Even then, I've had space issues. Nioh in particular with its ridiculous 80 GB took some sacrifices to play. Still, I'm happy with the results, as it has probably saved me a few hours of loading over the years. Just having the ability to restart my computer in a few seconds is a blessing.

But what is hardware without software? The answer, is expensive and useless. I needed games and I needed them fast. And not having the credentials to buy stuff on Steam yet meant that I had to rely on a friend to provide me with games. And provide me he did, as he happened to have a bunch of random Steam codes to sell me for cheap.

And when I say random, I mean it. These were codes for games I had never even heard of like Ace Combat: Assault Horizons, DeadCore, The Last Remnant and Platformines. Games that have mostly been forgotten and for good reason, though I will say that DeadCore was neat after having finished it last year.

But he also provided me with codes for the Ys I & II collection and Dark Souls, two games that would serve as a foundation for my future PC experience. I had played Dark Souls a bunch already, but I never bought the DLC, so I was looking forward playing it, so much so that I actually tried it on integrated graphics before giving up and waiting on my graphics card, which was an experience. Turns out there is a worse way to play Dark Souls than the PS3 version. Hard to believe, I know.

Shortly after that, I secured the means necessary to indulge in Steam sales and just went nuts. I replaced console ports with superior PC versions, tried out a bunch of PC exclusives both new and old and collected a bunch of freebies whenever they became available. As you can imagine, this bloated my backlog something fierce, but I think I've managed better than most, since my tastes aren't in line with a bunch of PC-centric franchises.

After a few years, my drive to buy waned, as I've frankly amassed most of the games I really really want. And since PC games are allegedly in infinite supply, they don't drive me to collect as much as console games do. There are only so many copies of Klonoa 2 in the world, you know? Nowadays, my wishlist is less a collection of games I truly need and more of a reminder of what I should by if I by some chance conquer my backlog. Fat chance of that happening, but you never know.

There are three types of PC games I'd like to highlight, starting with co-op games of varying genres. As it happens, most of my friends are on PC (and PS+ costs money), so naturally, the PC platform is best suited for online shenanigans. I'm not much of a competitive PVP guy (though Dark Souls 2 invasions and Absolver PVP can be a blast), but co-op is my jam. Whether it be double-teaming Ornstein and Smough, punching zombies in RE6 or sniping them in Zombie Army Trilogy, there's always fun to be had together.

Co-op is such a value multiplier for a game, since you can have different experiences depending on if you're guiding someone through a game, getting guided yourself, engaging with a stranger through Dark Souls' limited gestures or bumbling through the unknown together with a friend. Even those times you accidentally get eachother killed can be fun. I'm excited to try Remnant: From the Ashes, since it looks like a mix of Zombie Army Trilogy and Dark Souls with enough randomness to last me a while.

Now, if there's one thing that brings joy to my soul, it's PC ports of JRPGs. Good ones, mind you, there are a few stinkers out there. Even to this day, I find it so novel to play JRPGs on PC, since it feels slightly unreal. It's a bit silly of me to feel that, since FF7 and Grandia 2 were ported to PC ages ago, so it's not a new practice exactly. But it's only recently that it's become somewhat standardized. There are a lot of minor titles that you wouldn't expect to see on PC that are just readily available. I mean, who the hell was crying out for the Conception duology to be on PC?

I wanna highlight the efforts of XSEED in particular, as they've ported a bunch of Falcom's games and polished them to create the definitive versions of a bunch of games. They've added extra features, more voice acting, better resolution options and just made games work on modern PCs. It's amazing stuff, but I best stop here, lest I repeat my Falcom blogs from before.

Lastly, I wanna talk about Immersive Sims, which is probably my favorite overall genre, since there are so few bad games in it. This is because these games are rarely made, since they're expensive to make and difficult to sell. I played Deus Ex: Human Revolution and Bioshock 2 beforehand, but it wasn't until I got my hands on the Thief games and System Shock 1 & 2 that I fell in love with the genre's multi-faceted approach to conflict and exploration.

I am a steadfast proponent of controllers (since keyboards are scary and my desk/chair combo isn't the most ergonomic), but even I yield when it comes to Immersive Sims. Well, most of them, Dishonored and modern Deus Ex are controller-centric games. For most games, I just hook the PC up to my TV and play with a controller using extension cords. But when exploring Citadel Station in System Shock, you need all those extra buttons to control your rear-view camera, energy shield, speed booster, jet boots and popcorn maker. There's just no getting around it. 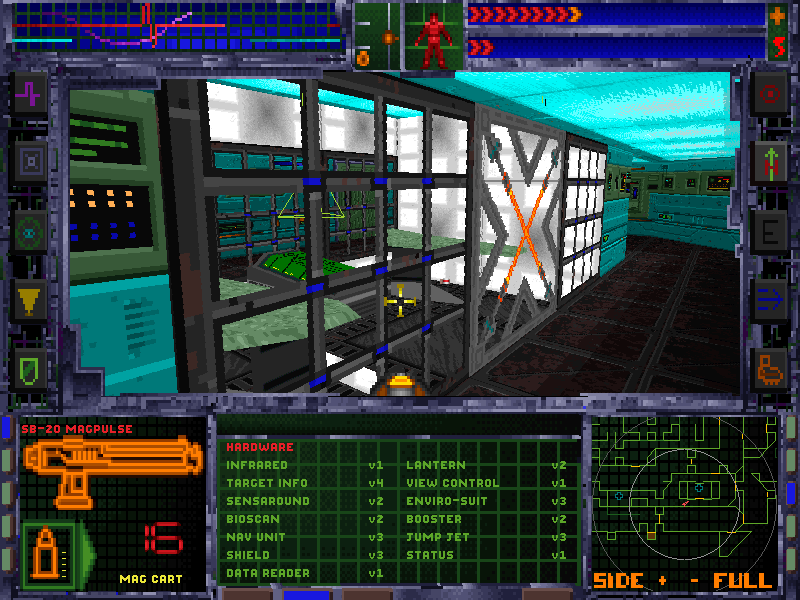 So, what's my main takeaway here? I'd say it's that PC versions of games can be both amazing and awful, depending on the publisher's willingness to invest actual money. As such, it's a valuable option for those times when a console version of a game is just crap. But beyond that, it's ridiculous how cheap games can get if you're willing to wait just a few months. Fair dues for the price of admission, I suppose.

And on that note, it is high time to think about my next 5 years on PC. System requirements haven't increased much since I got this thing (aside from install sizes), but with a new console generation around the corner, it's only a matter of time before I fall behind, especially since I'm using Windows 7. I don't play a lot of demanding AAA games, but having the option to do so would be nice. That Horizon Zero Dawn PC port has the potential to be amazing.

The question then becomes, do I wanna gun for a PS5 and its exclusives, or build a new PC with enough solid-state storage to endure a dozen bloated AAA games at once? Time will tell, but in the meantime, I still have a good 60 or so PC games in my backlog to conquer. I think I'll survive for at least a little while.