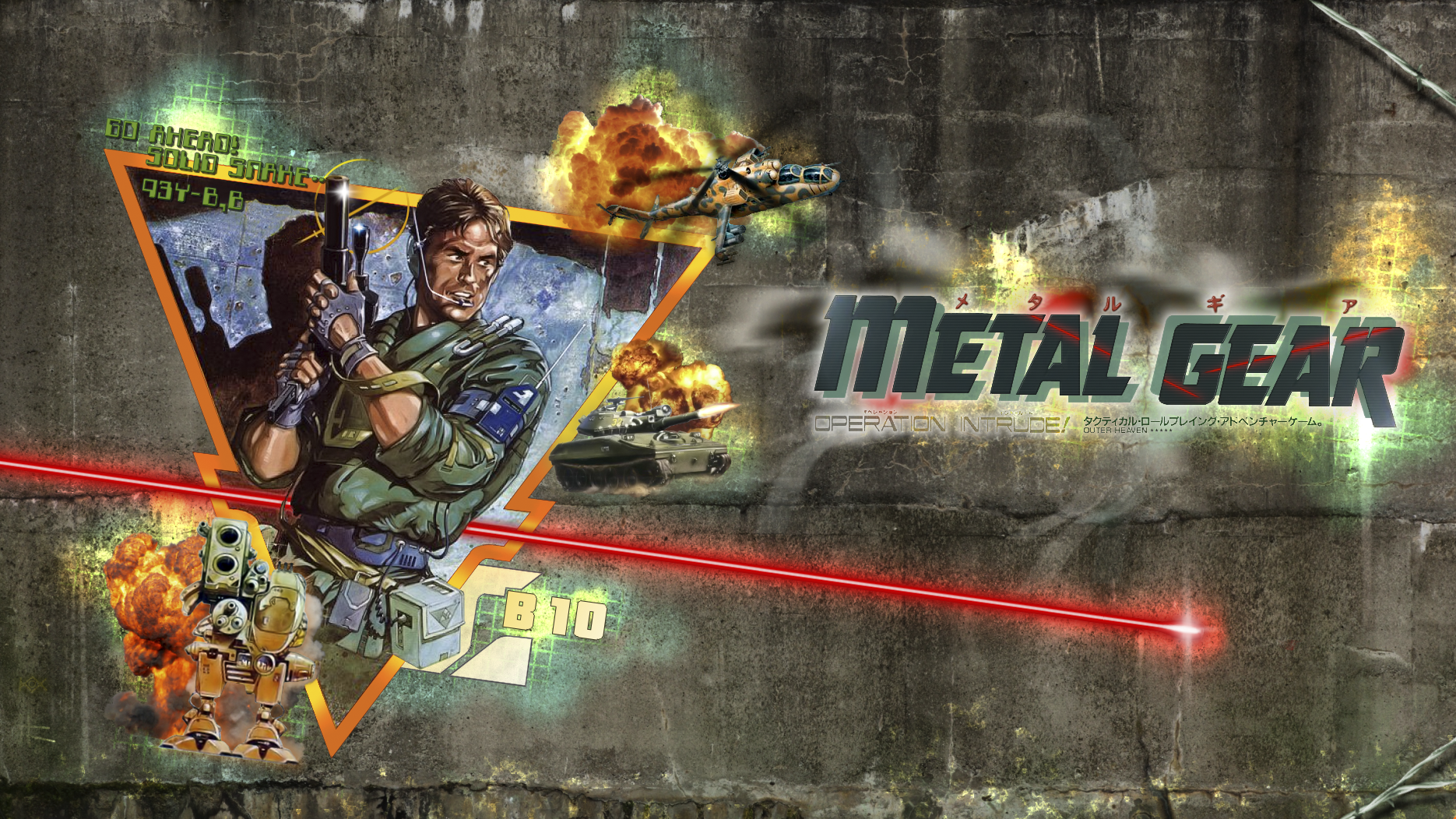 I have either ranked or am in the middle of ranking Assassin’s Creed, Splinter Cell, Far Cry, Red Faction, and more. Yet of all of those, the one I have been looking the most forward to and the one I fear the most is Metal Gear. Well, now is my time to look at the adventures of Solid Snake. For this series, I will be playing as many of them as I can and in order of release. I will be going through Metal Gear 1 and 2, Metal Gear Solid 1-5 including Peace Walker, Metal Gear Rising: Revengeance, and Metal Gear Survive. I am playing all of the games up-to Peace Walker on PS3 through Metal Gear Solid: The Legacy Collection, and the rest are going to be played on PC. Finally, you can find the rank itself at the bottom of this blog.

The year is 1995. A fortress in South Africa known as Outer Heaven is working on a weapon that could threaten the world. Special Forces unit Foxhound is tasked with gaining intel on this weapon and stopping it before it can be used. Big Boss, the commander of Foxhound, sent Gray Fox on an infiltration mission to Outer Heaven, but hasn’t returned. That is where rookie operative Solid Snake steps in, picking up where Gray Fox left off by infiltrating the base, saving Gray Fox, and destroying the weapon simply described by Gray Fox as Metal Gear.

When I started this series, I expected the real first game to be Metal Gear Solid, and the first two Metal Gear games to be retro games with vague resemblances to the series that I have to get through more than enjoy. While the first part may or may be true, I found myself pleasantly surprised by how much I enjoyed this game.

For starters, the story, while by no means deep, is still surprisingly there. The game is filled with enough characters, background, story moments, and dialogue to make it feel like I was playing through a campaign, not an arcade game. There are even story twists and 4th wall breaking jokes that caught me by surprise. Maybe I haven’t played enough retro games, but I think Metal Gear creating its own tone, narrative, characters, and story moments is impressive for a game released in 1987.

I knew going in this would be a stealth game, but not all stealth games are the same. Hitman is about blending in with the crowd, while Splinter Cell is more tactics and gadgets based. Where does that leave Metal Gear? Surprisingly, I would say the game is like a metroidvania. To keep moving forward, you either need higher level key cards or a specific tool to get through certain rooms. I really enjoyed the level design, though it did have a few flaws. There were a few times I had to do a lot of backtracking in order to keep moving forward, which was annoying, and items that spawned in rooms would keep spawning every time you re-entered the room, which I liked originally because of always being stocked on ammo, but still felt wrong. The biggest issue, though, are the key cards, which are used to open doors. There are eight key cards in the game, and they are all separate items that open different doors instead of one card that upgrades itself. Even in late-stage areas, I would still run into doors using low level key cards, which meant cycling through every card to find the right one. The levels feel like they need to be worked on a little more, but what is there is still a lot of fun.

What about stealth? That answer is a bit more complicated. In some areas, the stealth is great, and in others, it feels broken. I really like the tools that can be picked up in the game that aren’t critical to progression, like the binoculars or the cardboard box. Binoculars allow you to see the frames surrounding yours, while the cardboard box allows you stand still and not be spotted. Also, there are some cool stealth moments in this game. For example, I was trying to get past guards at an elevator early on in the game. I was in the middle of trying to figure it out when the guards suddenly announced the end of their shift, and just left. I really like unexpected and almost comical moments, which this game has a few of. Finally, the game does a good job at making secret walls just easy enough to find, which helped a lot. Where the stealth fails, though, is in the detection. In stealth games, enemies usually have a cone vision, but in this game, their vision is a straight line. So long as you don’t cross their line of vision, you are fine. This means you can stand one pixel above their line of vision or even just diagonally from them, and you won’t be spotted. This doesn’t mean that stealth in this game is easy, but it did feel broken. As for noise, the only thing that alerts guards are your loud weapons. Stealth is simple yet pretty fun, but the combat isn’t so lucky.

Being caught doesn’t mean game over, but the alternative isn’t much better. While there is a decent variety of weapons (pistol, smg, grenade launcher, rocket launcher, guided missile, land mine, and timed explosives), a lot of them are either used for alternative purposes (like opening up secret areas with explosives), aren’t great to use, or are too powerful. Weapons like the pistol or the smg are the best weapons for dealing with common enemies when caught, but the bullets are slow, have a short range, and often don’t connect with enemies. Boss fights, on the other hand, are too easy, as for all you have to do is find a safe corner to sit in (which most of the boss fights have) and shoot guided missiles at them. Speaking of boss fights, the big boss fight which the whole game leads to was kind of a disappointment. It has a cool sequence to remember and, in my opinion, the best song in the soundtrack, but the boss itself doesn’t even fight you. There was only one boss I kind of struggled with, but thanks to spamming items like rations (which gives health), all I had to do was shoot the boss and heal. Combat in most stealth games isn’t the best, but this game could’ve handled it better.

Outside of stealth and combat, there are a couple of other neat things worth mentioning. A big piece of this game involves rescuing POWs, and rescuing enough levels you up. More important than that, though, is the information some of them give, which I found really useful. A lot of the info they give is stuff I would have looked up in a guide, so having less reliance on the internet to play this game is a big positive for me considering I don’t do great with cryptic retro games. Another entity that gives useful hints are the various people you talk to through your radio. Talking to different members and reading their hints or even story bits gives more character to the game, even if trying to remember all of the radio frequencies they use got confusing. Also the game (or at least the version I played) has a boss rush mode, which is pretty much what you think it is. I did find it funny, though, that just about every boss in this mode spawns guided rockets, recognizing the flaws in the game’s boss fights. Finally, I think this game has a good length of roughly three hours.

In conclusion, Metal Gear is a game I love a lot more than I thought I would. It isn’t perfect by any means, but I can’t think of any time a retro game really latched onto me like this one did. I didn’t know how to feel about this series, and especially about the first two games, but I am now really excited to see what is to come with the rest of the series. Since this is the first game, it will go in the number one spot, but I predict it will be somewhere in the middle of the list by the end.