Blu-Ray vs. HD-DVD: Which Is Tougher?

11:18 AM on 12.07.2007 (server time)    0
I was reading semi-monthly poster bl4km4th's blog about playing PS3 in a movie theater, and the following tidbit caught my eye. Actually, it grabbed my eyeball and sanded down the lens with fine-grit sandpaper.

My Resistance disc had a blemish and wouldn't read and I think I might have actually made it worse by attempting to use refinishing spray and one of those hand crank disc scratch fixers. Who would have thought there was a science to it?

Anyway, bl4km4th's post got me thinking about one of the the things we don't hear much about in the Blu-Ray/HD-DVD format wars: durability.

After reading a fairly detailed forum thread at the always-informative AVS Forum, it seems that Blu-Ray has a thinner, harder coating on the disc than HD-DVD (.1mm and .6mm, respectively). This means that Blu-Ray is harder to scratch, but a scratch is more likely to hit the data layer and make the disc unreadable.

But the forum didn't come to any real conclusion, so I called eight Hollywood Video and Movie Gallery stores around the country to see if the rental locations had noticed any difference in disc durability. 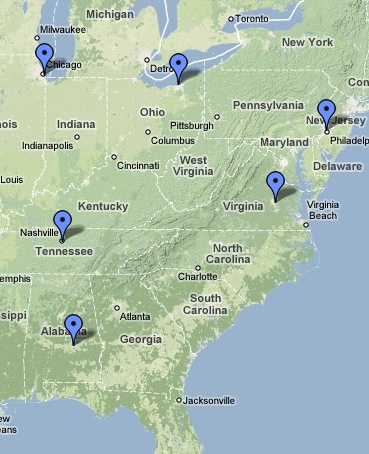 Philadelphia, PA: Two very friendly clerks at each store; both said that they noticed no difference. Truly, the city of brotherly love.

Montgomery, AL: The clerk really, really, really wanted me to buy a PS3. Really. Apparently it also plays HD-DVD now; who knew? I had to change tactics and tell him I was buying a player for my parents, and they wouldn't know how to operate a PS3. He relented and reported no difference in disc durability. I shouted "Giant enemy crab!" and hung up.

Nashvile, TN: The clerk said that they had hybrid HD-DVD/DVD discs, with HD on one side and standard on the other. Although it seemed like more of a risk to her, the clerk reported no difference in defective rates.

Richmond, VA: Welcomtomovigalrywheryucnchewsfromovr43489mves. What?? Why do you hate vowels so much? No difference.

Chicago, IL: Sony must have pooped on Chicago. Both clerks at the two different stores said they had problems with Blu-Ray discs scratching, but not with HD-DVD. Somewhat surprising, but I balk at calling Chicago a liar.