Movement in a 3D Space: DmC Remembers What the Industry Forgot

My God what a fickle bunch you hardcore fans are. Change a white-haired douche into a dark-haired douche and vitriol just floods in. It’s so unfair because, in my opinion, DmC Devil May cry is the most underrated game of its generation. It’s a tragedy so few people were able to experience this awesome game just because they couldn’t look past the surface details and were adamant about not getting their Dante. 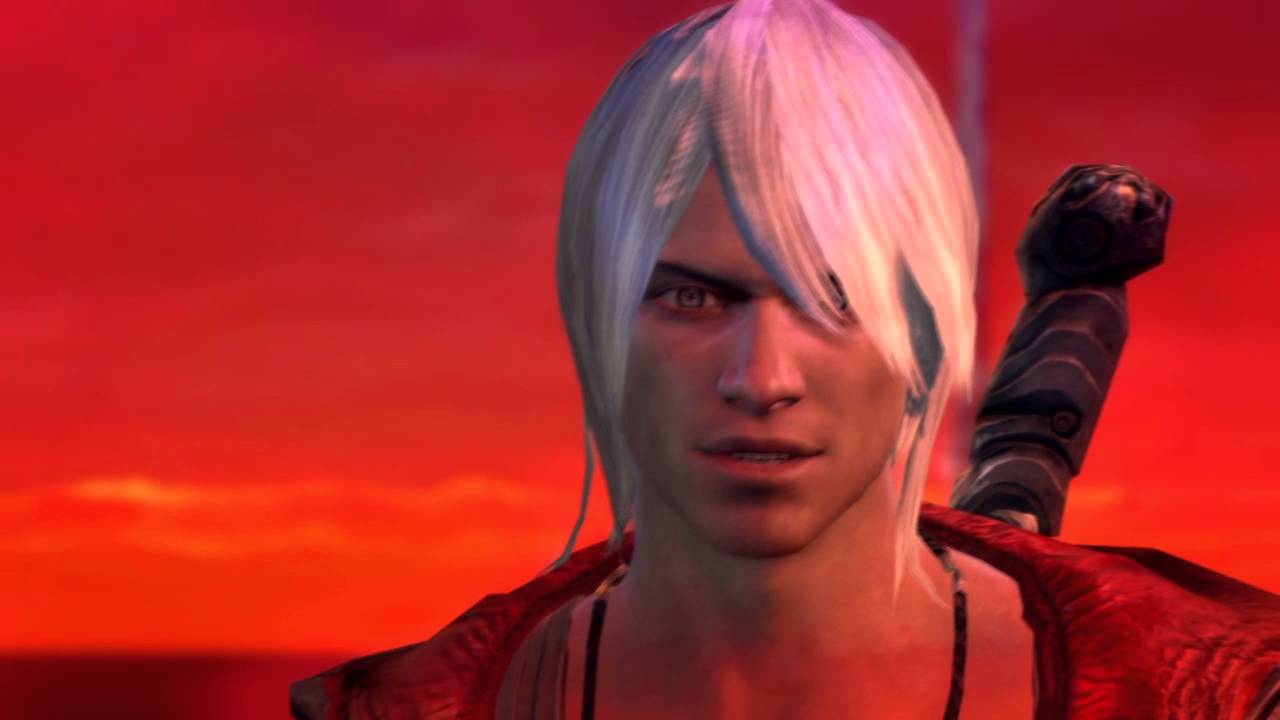 There, it's white. Now go play the game!

True, the story was not as substantial and the combat not as finely tuned as previous entries in the series, but that didn’t matter if you played it because the game oozed a style all its own. You can tell this game was a labour of love from the guys over at Ninja Theory. The world was so interesting and pervasive, and it featured some of the most varied, interesting and versatile environments and level designs that the consoles of that generation could muster.

And yet this is not why I want to shine a light on this game right now. What I really want to talk about with DmC is how it is able to synergise its two main gameplay mechanics to create a gameplay loop that is more than the sum of its parts. This seems to be something of a lost art now; games like Uncharted, Bayonetta and God Of War all could benefit from taking a quick look back and relearning what they’ve forgotten.

Take for example the light weapon in the game. When within range of a ledge or enemy, pressing circle (or B on an XBOX controller) will turn thr weapon into a grapple hook, allowing you to escape from instant death if you find yourself over a bottomless pit.

Whilst I’m not arguing that a grappling hook is the greatest innovation in games, what I am saying is that it allows the developers to create moments of tension that require high fidelity from the player that are not combat focused. It allows the developers to create interesting challenges outside of the combat and improve the pace of the game. Too many 3D action games now treat the environments as stage dressing, currying players from one combat scenario to the next.

Who left this walking simulator in my game?

Compare this to the climbing sections in Uncharted. You never feel under pressure in these moments. If you come to that franchise for the fun gameplay set pieces more so than the story, then some of the climbing and walking segments of Uncharted 4 are straight up boring.

That’s not to say Uncharted doesn’t have fun set pieces. There was just a LOT of talking in Uncharted 4.

I mean, you're just left to stand here.

So even if the combat isn’t as finely tuned as other 3D brawlers, I’d argue that the level designs and platforming aspects in DmC make up for it.

And this is where the synergy comes in. All that grappling hook and pulling platforms towards you stuff? You can do that to enemies in combat too.

You can use the grappling hook to fling yourself to enemies far away or even in the air. You can then launch them, grapple hook again and happily wail on them, safely out of the reach of the enemies on the ground.

You can launch an enemy into the air, grapple up after them then jump off their head, giving you extra height. You can then pull them up towards you and jump on their head again, leading to an exploit to gain infinite height akin to morph ball jumping in the Metroid games.

Dumb, yes but fun. And just think about how this could be exploited.

Technically you’re not landing any hits or improving your combo whilst doing any of this, but I’ll be damned if the action of doing it isn’t fun in and of itself. It’s almost as if you’re trolling the poor Imp!

Here you can see the reverse grapple being utilise- I mean, GET OVER HERE!

This flexibility of movement also has repercussions on the arenas themselves. Because the developers know you have these movement tools at your disposable, they have no qualms with creating arenas with bottomless pits, moving buzz saws, out of control roller coasters and floor that turns to lava.

The floor of this evil disco wants to kill you. Deal with it.

Admittedly, this side of the combat is also underdeveloped and would have been one of the first things that could have been improved upon in a sequel (cries in the corner.)

And yet even with these areas for improvement, the game stands apart as one of the most unique action combat games ever made with cool ideas and a strong gameplay loop spearheaded by a desire to eek the most out of its mechanics and a very cool control system for equipping weapons.

Credit Where it’s Due: Guacamelee!

Before I sign off, I just want to point out that although it seems like 3D games have all but given up on adding real platforming challenges to their games, the 2D scene is absolutely killing it. At this moment I would like to highlight one game that does the exact same thing as DmC and yet people love to pieces (myself included.)

That Game is Guacamelee!

Everything I’ve said about the combat and traversal above also applies to this game, the special attacks you gain in this game double up as cool ways of traversing the world, as well as acting as keys to unlock new areas of the game a la Metroid. Guacamelee does such a stellar job of maximising the utility of its mechanics that each combat scenarios will actually help you improve at platforming and vice versa. Guacamelee is the only games I’ve ever platinum’d and it’s because each and every moment in that game is a joy to behold. If you have played this game and enjoyed its combination of combat and platforming gameplay then you might just get a kick out of DmC devil may cry’s similar gameplay loop as well.

I mean, look at this guy fly around the screen. No imagine using this to climb a tree.

God of War 2 is an interesting case study with regards to this argument, as it actually does not synergise its combat and platforming that much as the other games yet it does an awesome job of using the environment to add an extra layer of depth to its combat scenarios.

When you play god of War 2 it feels like whenever you’re in a combat situation and you need to kill a room full of enemies, that’s not all you’re doing. You’re also having to push a statue down a hallway whilst a wall of flame is pushing it in the other direction. Also if you get caught in the fire it will hurt you. Also there are enemies in this room who will not let you push the statue so you need to take care of them first. That’s so many things you need to mange outside of just the combat itself. You’re having to make decisions and manage your health, magic and time in order to get the task done.

In another scenario a spiked ceiling is falling down on you while you have to beat up a bunch of skeletons so that they don’t get in your way whilst you’re trying to pull a chain that lowers the floor to the next level.

In another scenario you need to hide behind rocks so that you have shelter from a gust of wind that is being blown by a Titan that will send you over a cliff and kill you whilst harpies constantly dive bomb you if you stay still for too long.

Notice how many times I had to use the word whilst whilst writing explaining those situations? In God of War2 it’s never as simple as ‘kill all the bad guys’.

Note all the things that can kill you in this room: Flaming harpies. Undead soliders. And a wall of fire. That's a lot of balls to keep up in the air.

Traversal was a challenge too. Navigate spinning pillars with Icarus’ wings over flaming pits of lava.  Climb a cliff whilst rocks are falling which you need to avoid with a well-timed jump out of their path. There was always an aspect of pressure involved with getting aroun in the older God of War games. In contrast ,God of War Ascension's traversal just meant climbing a wall and gazing at the pretty scenery. Boring. Most of the time in that game, combat scenarios didn't ask you to do anything other than ‘kill all the bad guys.’ I feel that this was a bigger nail in the coffin on that style of GoW game than anything else, it simply forgot about half of what made these kinds of games so fun.

And here we are now. Most 3D games these days don’t even bother with adding platforming challenges. The genre of 3D platforming is seeing a small renaissance but if it wasn’t for Mario, the genre would be completely absent from the mainstream consciousness.

And I feel that by not implementing 3D platforming in any form, developers are leaving easy ways to add variety and longevity to their game on the table.

This is why I feel we need to put more respect on DmC’s name. It was able to marry the two gameplay styles in a way unmatched by any 3D game since. If only people weren’t so cynical towards it when it came out then maybe the entire landscape would have been different.