For anyone, like myself, who enjoys playing action role-playing games but has never experienced playing sandbox-based games like Minecraft, Dragon Quest Builders 2 is a perfect introduction to the genre. The game offers a combination of quest & skill progressions, various non-player characters (NPCs) to engage with, and, most importantly, ultimate freedom to build anything you like on your island. As an aspiring builder, your goal is to build villages on your island, inhabited by residents (NPCs) who each perform various duties (e.g. farming, cooking, bartending, defending, etc). 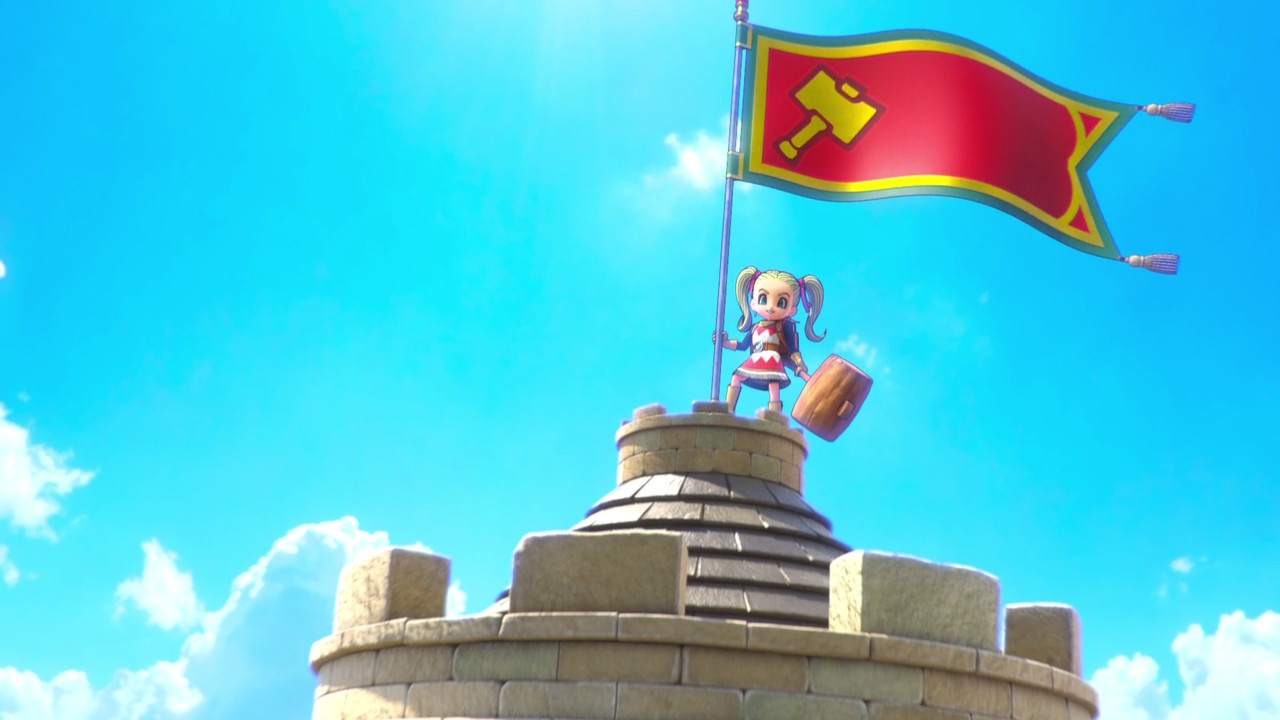 The storyline of Dragon Quest Builders 2 explores the relationship between the opposing forces of Creation and Destruction. As an agent of Creation, your focus is to develop a fun and vibrant town for yourself and the other residents. However, an opposing group, the Children of Hargon, worships the Lord of Destruction and forbids anyone from building. The conflict between these two groups continues to develop throughout the game as you build your villages. 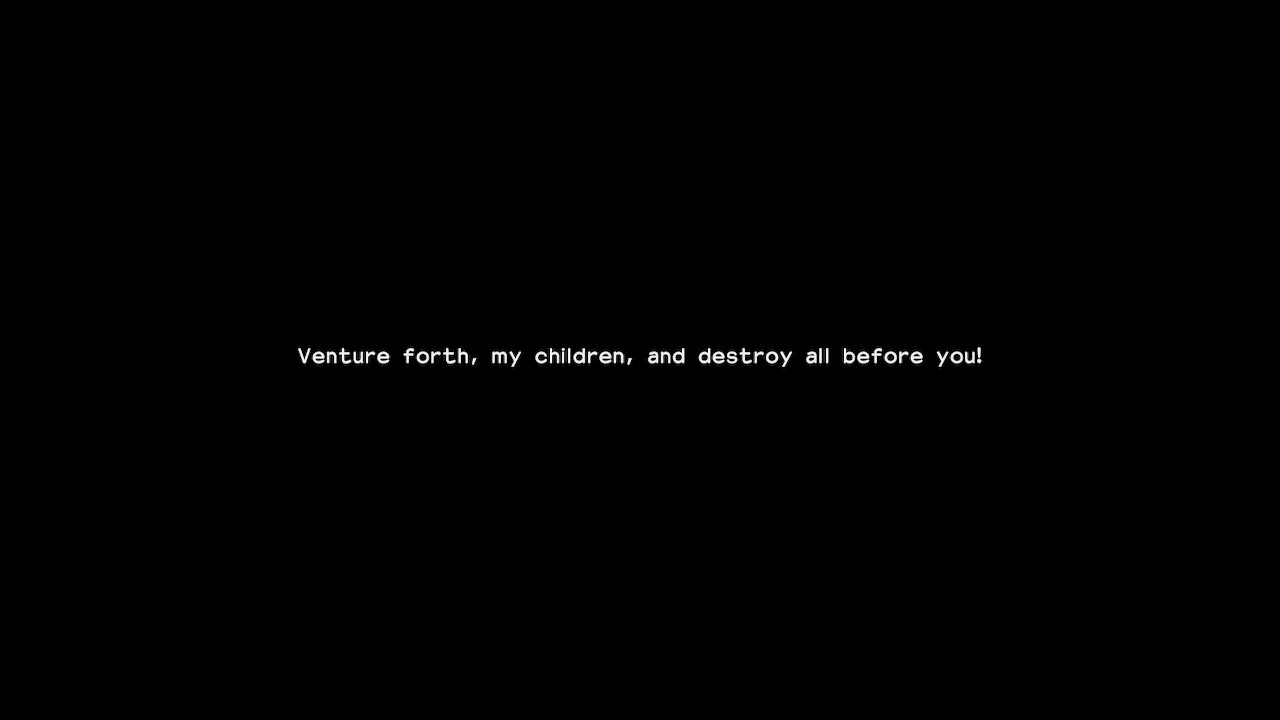 In terms of accessibility, Dragon Quest Builders 2 is fully subtitled from the opening cutscenes, including dialogue spoken during combat. The subtitles themselves are very comfortable to read, not too small or too big, and the white font contrasts well with the black background, reducing strain on the eyes. When a key item is discussed, the font color will change to orange, ensuring you can identify the key item and make progress in the game. 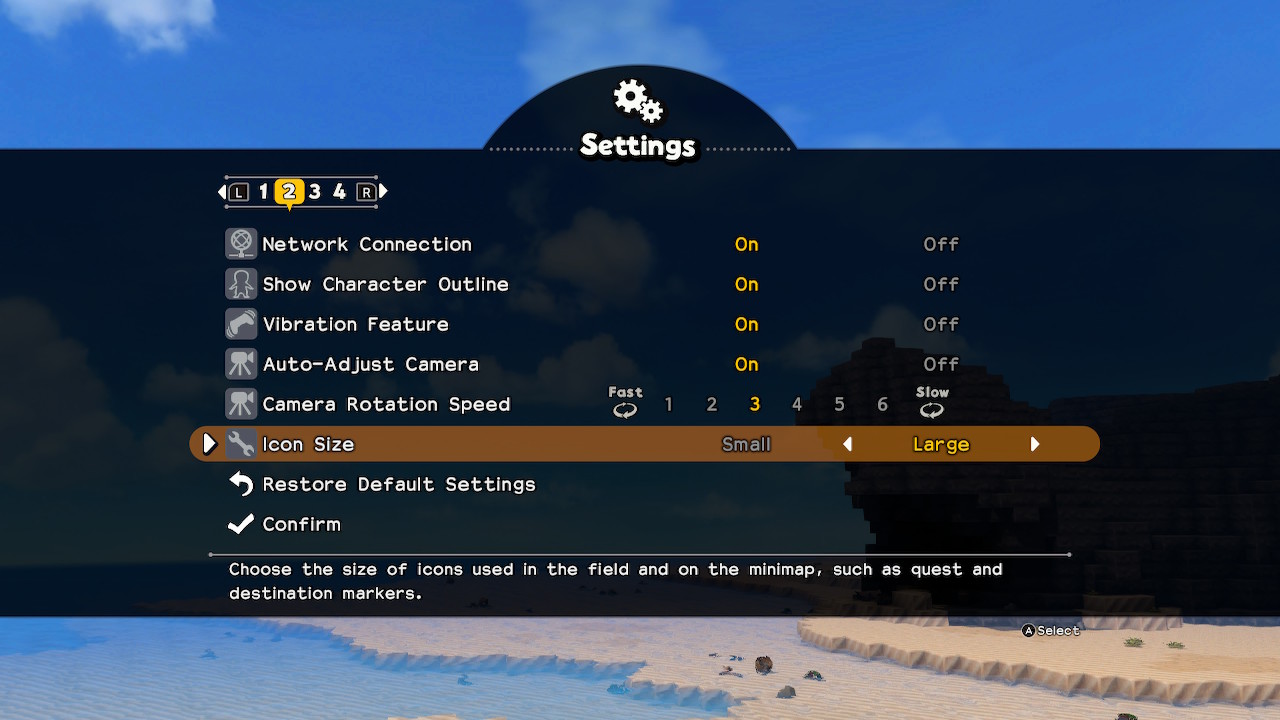 In addition to visually-pleasing subtitles, the game is quite versatile, and offers a variety of options to alter certain features. For example, the game allows you to resize visual indicators used throughout the game. This comes in handy, as the game contains a lot of visual information that can be distracting or confusing. By resizing the markers to fit your individual needs, you can enhance your visual gaming experience and more easily distinguish visual indicators in the game. You also have the option to alter text speed, with settings ranging from 1 to 10, as opposed to the “slow, normal, fast” settings offered by most games. 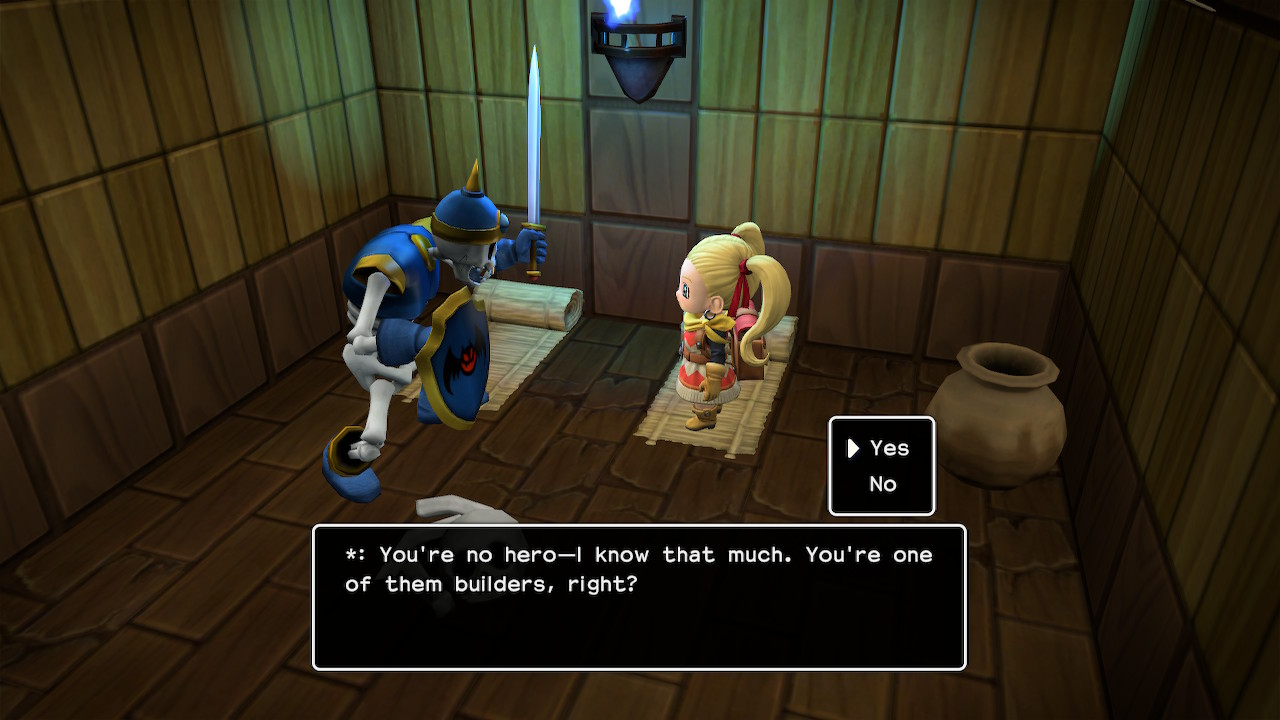 Speaker labels are provided throughout the game, which, as a deaf gamer, I really appreciate. However, the speaker labels are not displayed until the speaker identifies themselves. As you can see in the photo above, if the speaker has not yet identified themselves, the label will only show an asterisk “*”. While I would have preferred having speaker labels from the beginning of all interactions, this did not negatively impact my experience as most conversations only occur between two parties.

As is true with many games, the progaintist’s dialogue is not offered auditorily or visually. However, the conversation partner will often restate what the protagonist “said,” giving you access to the information. Subtitles are also provided when NPCs speak to themselves, which makes the game more engaging and appealing to deaf and hard of hearing gamers. 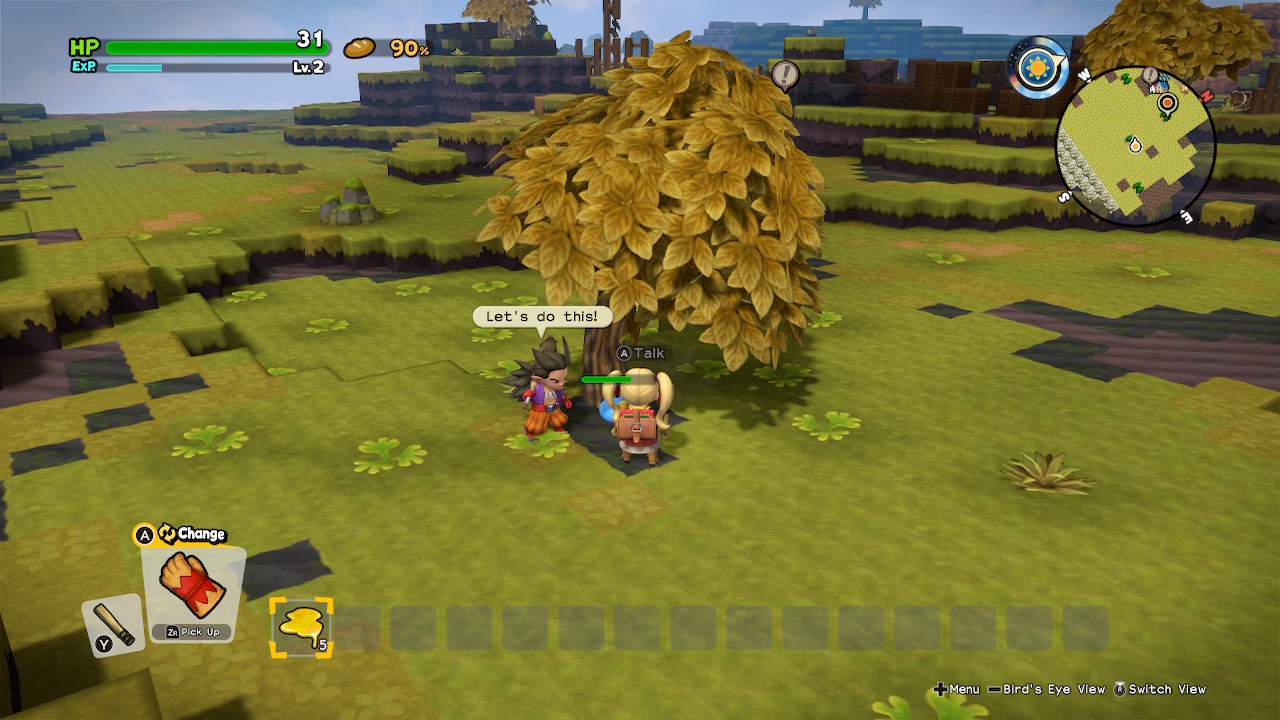 As this game is focused primarily on building, combat plays a less important role. The combat system in Builders 2 is much more limited and basic when compared to other titles in the series. However, fans of Dragon Quest will recognize iconic monsters from earlier games. In terms of accessibility, NPC and party characters’ catchphrases are subtitled during combat (e.g. “Let’s do this!”), which is a really cool feature. This ensures that combat is visually engaging to deaf and hard of hearing gamers, allowing them to have a full gaming experience just like hearing gamers.

The visual indicators provided in the game are very clear and easily distinguishable from other objects in the environment. Throughout the game, indicators will appear over NPCs’ heads to alert you to an available quest. When the quest is completed, an additional indicator will appear if more quests are available from that NPC. This feature is very engaging and prevents you from walking aimlessly to find quests. When you are assigned a quest, red visual indicators appear over locations to let you know what you are supposed to do. Personally, I prefer this system over other games that do not give clear visual indicators for how to complete quests. Colorful auras with music notes also indicate when musical instruments are played in your vicinity. While this is a great way of showing music for accessibility, I would have also preferred having controller vibration as well. 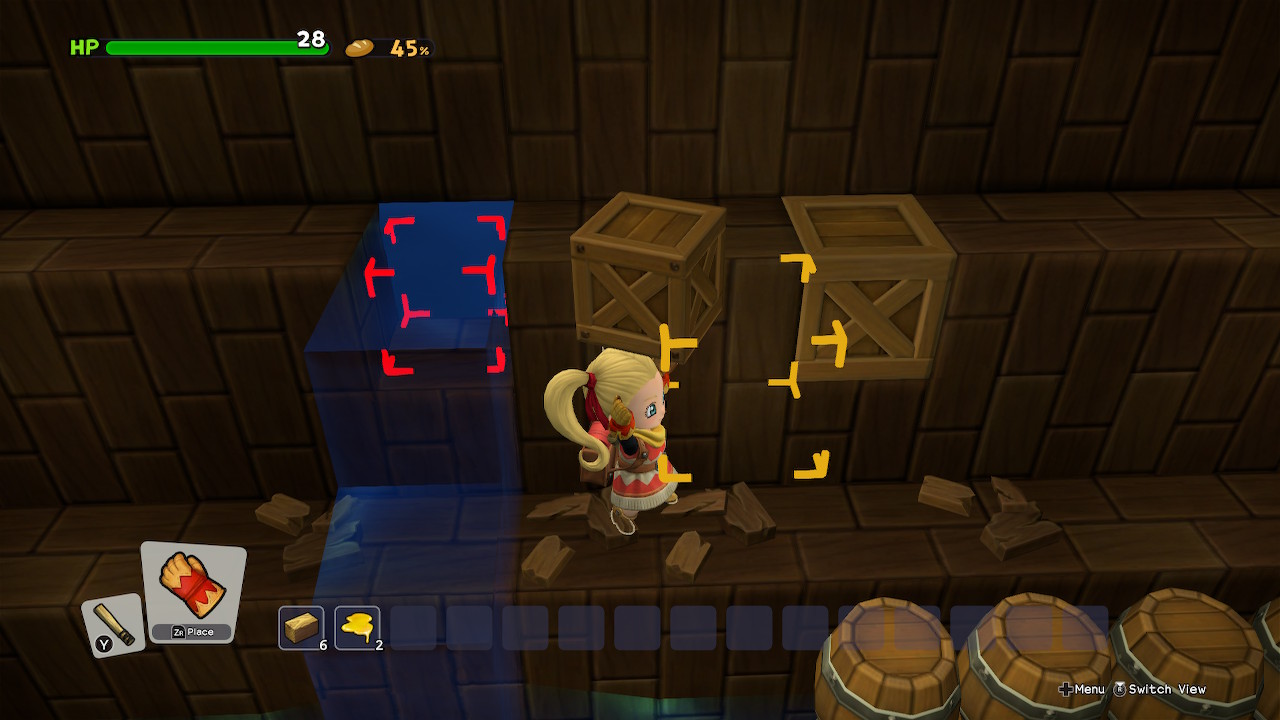 Overall, Dragon Quest Builders 2 is a game you will stay-up playing well into the night. It offers a variety of accessibility features and settings to adjust the game to your needs and enhance your gaming experience. The subtitles are extensive and cover every bit of dialogue between the player and NPCs. The visual cues are also clear and easily distinguishable from other environmental features. In fact, it is difficult for me to find any accessibility features lacking in the game. My time with Dragon Quest Builders 2 has been extremely enjoyable, and I look forward to building more in the future.