This blog has been something that I have thought about for quite some time.  I think the revelation hit me when I was playing Crysis 2 on the 360, but it applies to so many different aspects of most of the games that I love:

Now, it sounds silly, but hear me out on this one - there are three different ways I thought of to utilize this sex toy in your game to improve the way it feels: The level design, the story, and the flow. 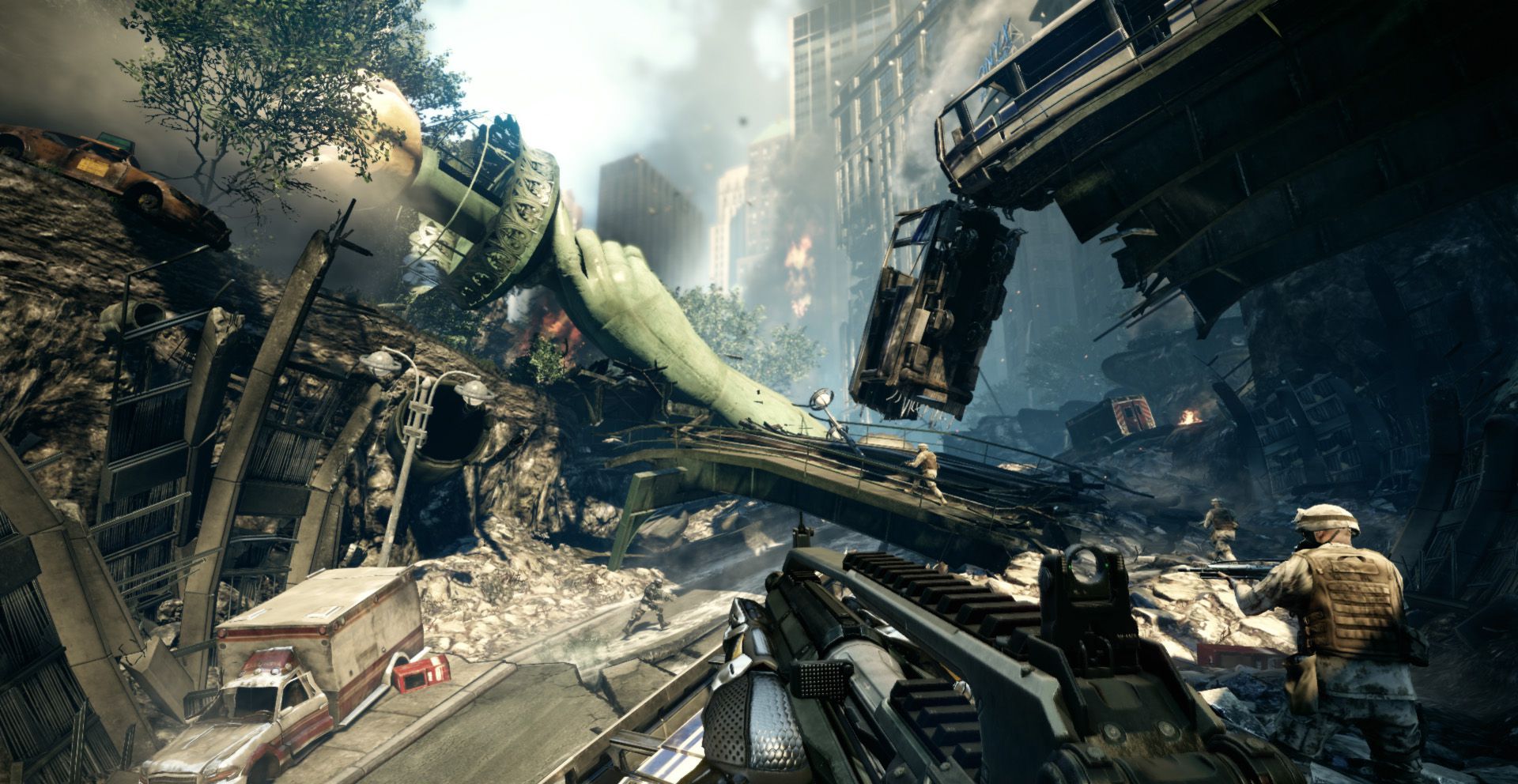 So let’s talk about Crysis 2 for a little bit.  You have the ability to increase your armor and go in guns blazing, or you can turn invisible and sneak around levels.  You can jump super high to try and take a vantage point to eliminate the alien threat, or you can run from chest high wall to chest high wall.  Freedom is the name of the game, here. When you offer that kind of freedom, every encounter has to be set up so you can use that approach, or else the stealth person will get stuck shooting or vice versa, and this leads to miniature sandboxes in the level, which I love.  You get a nice wide open (you might even say gaping) area that has little nudges towards each path. Then, once the encounter ends, the sandbox has to close, and you are forced into the next little corridor where all the play styles converge. A little bit of exposition later, and you find another mini sandbox, then another corridor.  See where this is going? If you were to draw out the maps of Crysis 2 in a very simplified way, you would get a set of anal beads. Another fantastic example of this is most level design in Halo (looking at the Silent Cartographer as the exception). Wide open arenas that offer a choice of which vehicle to take, which enemy group to fight first, which weapon to best utilize.  I think that this design makes players feel artificially smart because your approach is always right. Now, some games like Call of Duty or Battlefield do not use this layout, instead just opting to be a dildo and forcing themselves down straightforward corridors, and that’s fine, too, but it’s a different experience.

This, naturally, doesn’t just apply to shooters, it applies to so many different games of different genres.  Think about Metal Gear Solid - figure out how to take out the guards in this little playground (or avoid them entirely) to get to the next story door.  Splinter Cell: how will you use your tools and your stealth to pop out of this arena to the next highlighted objective. It’s all just popping from bead to bead. 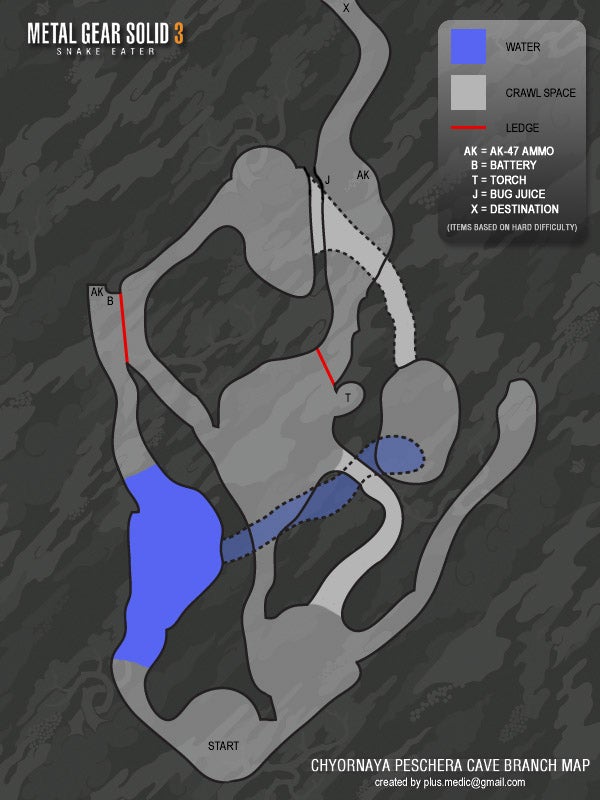 One single bead from MGS...still looks rather phallic, though

Now the level design isn’t the only place where this principle applies, but the next use of anal beads in gaming is very contentious.  When executed well, this tactic feels like a magic trick once the experience is over, but if you try to pull this one out you may hurt the one you are trying to please.  The biggest success story for anal beads in story telling is the Walking Dead games by Telltale (tell Clem to cover her ears, I guess). You get to make these choices that feel world changing - who will you save, who will you shoot, who gets food, and who gets sacrificed - and at the end of the game you feel the weight of your sins and the cost of survival in each step you take.  Then you watch someone else play, or you play again, and you realize that for the large steps, it just doesn’t matter. The game can only be so large, or else not everyone would see all the cool set pieces they built, so they eventually force the branches back to a point (usually the cliffhanger at the end of the episode) so everyone is on the same page. Maybe a line of dialogue, or a different character saying the same lines, but the situation is the same.  So again if you look at the way that the story has to branch out, then merge back together, and give it a good squint, you get anal beads. Honestly, I don’t blame devs for doing it like this, because if every choice you made impacted the story, instead of one well crafted story with a little bit of deception, you would have 10 story lines that would each last an hour. I imagine most of you are already thinking of the example of this done poorly: Mass Effect.  The whole game is based around renegade and paragon, good or evil, saving races or eliminating them. The whole time, though, instead of making for a tree, the game gives you one last unsatisfying bead to pull out: one last choice of how to end the game, instead of a culmination of all of your actions. Interestingly enough, I can only think of one game that really doesn’t use this approach and that game is the Witcher 2.

The final use of the gentleman’s Beyblade is the pacing of a game.  Now, unlike the other two I think that this is something that every game should utilize.  I recently got XBox Game Pass so I am going to use Gears of War as the example for this because it’s funny, but the basic idea is that you don’t crank the action to 11 at all times.  You usually start each act walking to an objective. Then, a small group of enemies shows up. Then, oh no, their big brothers show up and complicate the fight. You push forward and break their ranks with your shotgun of death, pick up the power weapons form the big guys and use those to wipe out the last few grunts, and make it to the last guy, and chainsaw him in half.  A little guitar riff plays, the music dies down, and the characters begin to walk instead of run, and talk instead of shout. They digest what happened during that fight and how it impacts the story, walk forward 20 feet, then BAM, it starts up again. A time for the player to catch up to speed / take a pee, a small fight, a big fight, a mop up, then back to peace. Over, and over, and over again until the game is finally done.  Some might last longer, or be bigger, but It is important to have slow moments between the action. For the life of me I can’t think of a game that is constant action. Even arcade games with no plots have a chime and a level counter.

Ironically enough, I think the king of making games like this is Nintendo - the family company (™).  With the design of the 3ds and the Switch, they have clearly designed games to be played in bite sized pieces so it becomes easy to close the 3ds or suspend the switch, and pick up right where you left off.  In Pokemon it may be ‘just one more catch’, or ‘one more level’ in Mario, ‘one more battle’ in Fire Emblem, but it always feels designed to be a tiny bead of gaming that has a neat little string on either side that you can pick up wherever you left off.