Before I get started with this review, I want to say that people who are fans of anime will  absolutely love Ni No Kuni: Wrath of the White Witch. The game has various cutscenes in artwork scenes and in-game scenes, evocative of popular anime titles. In fact, Ni No Kuni was recently adapted into an animated movie. On top of being a beautiful addition to the game, these cutscenes are subtitled by default from the opening scene, which is a huge plus for deaf and hard of hearing gamers who like to know what’s happening in the beginning of the story. 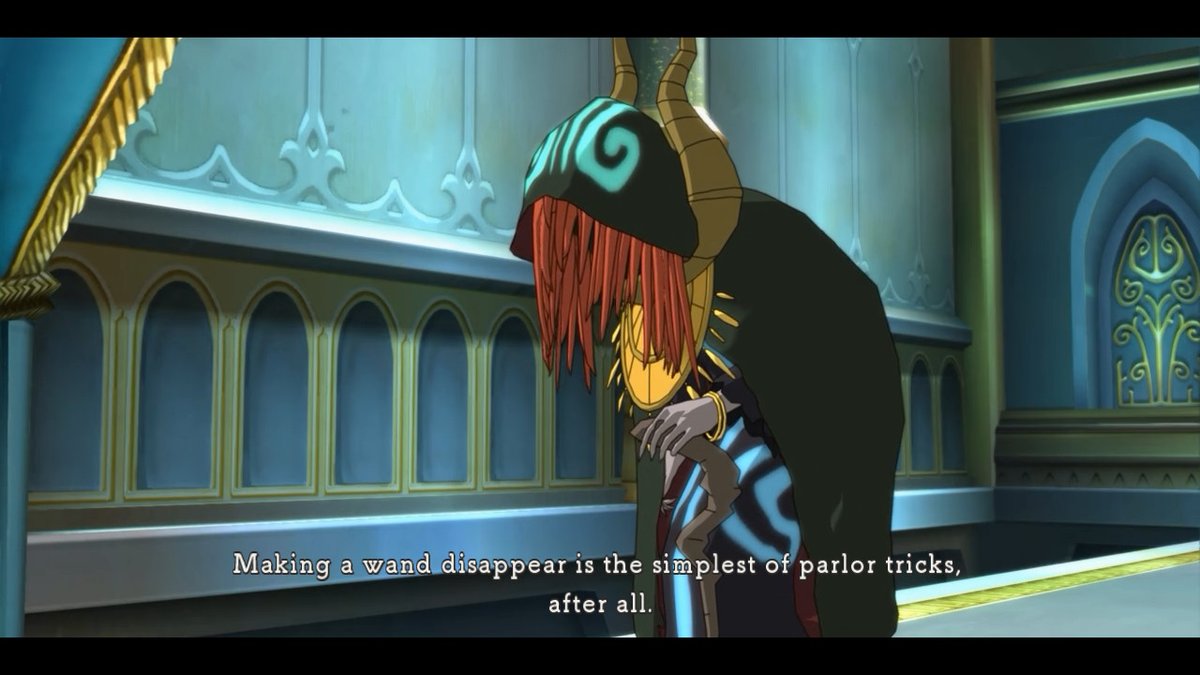 The subtitles are generally comfortable to read, and the game offers options for text speed (slow, normal, fast) during in-game scenes. However, there are no options for resizing or coloring the subtitles, which would have been a nice addition. Personally, I would have preferred to make the font a bit thicker for ease of reading. The game does not provide subtitles during battle modes, except for some visual indicators like “Nice!” when actions, such as defending against or cancelling an opponent’s attack, are performed with precision. 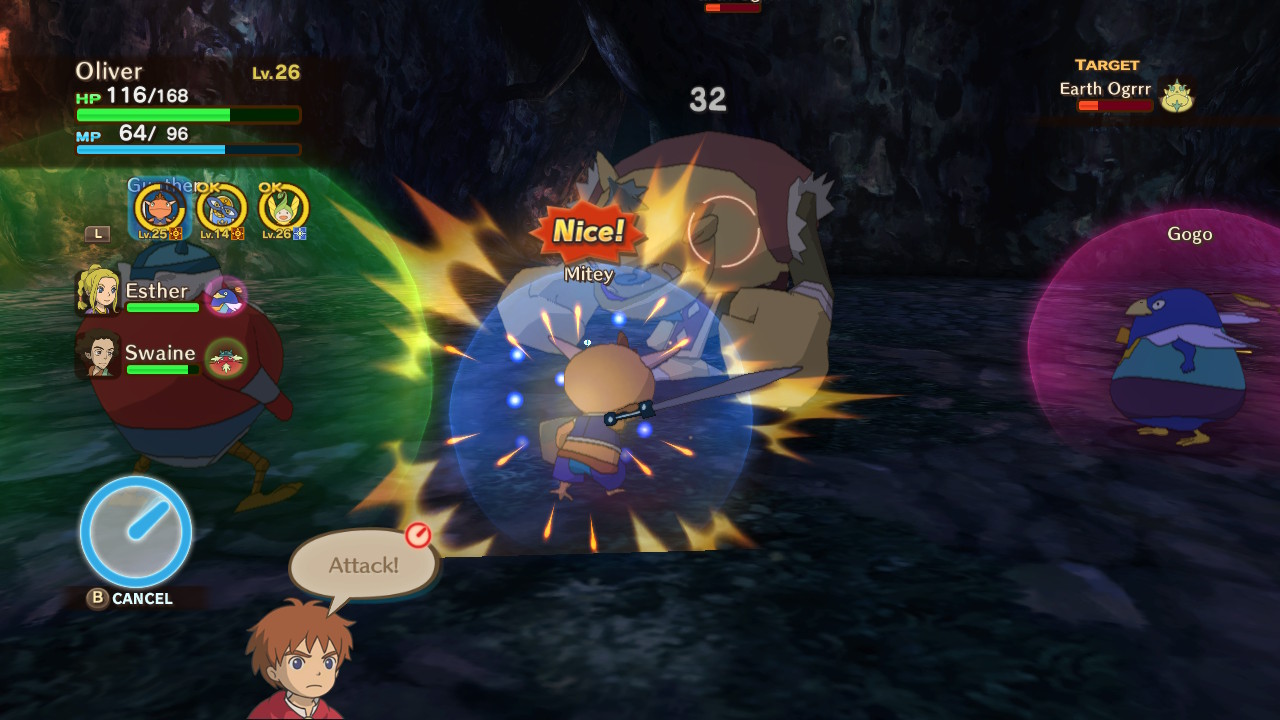 While traveling between towns to complete missions, you’ll meet various characters who may provide helpful tips or ask you to complete side quests. Subtitles and speaker labels are provided for all in-game interactions, which helps keep track of who is speaking. However, speaker labels are not provided during cinematic cutscenes. There are also no visual indications of environmental sounds, such as announcements or music. For example, during one in-game interaction, characters on my team responded to an environmental sound that was not indicated visually with captioning or a pop-up indicator. However, exclamation point and question mark visuals appear to indicate when you can interact with another character or perform an action to advance the story (e.g. opening a door, making a bridge, casting a spell, etc.). The visual cues can prevent you from overlooking important conversations or interactions. 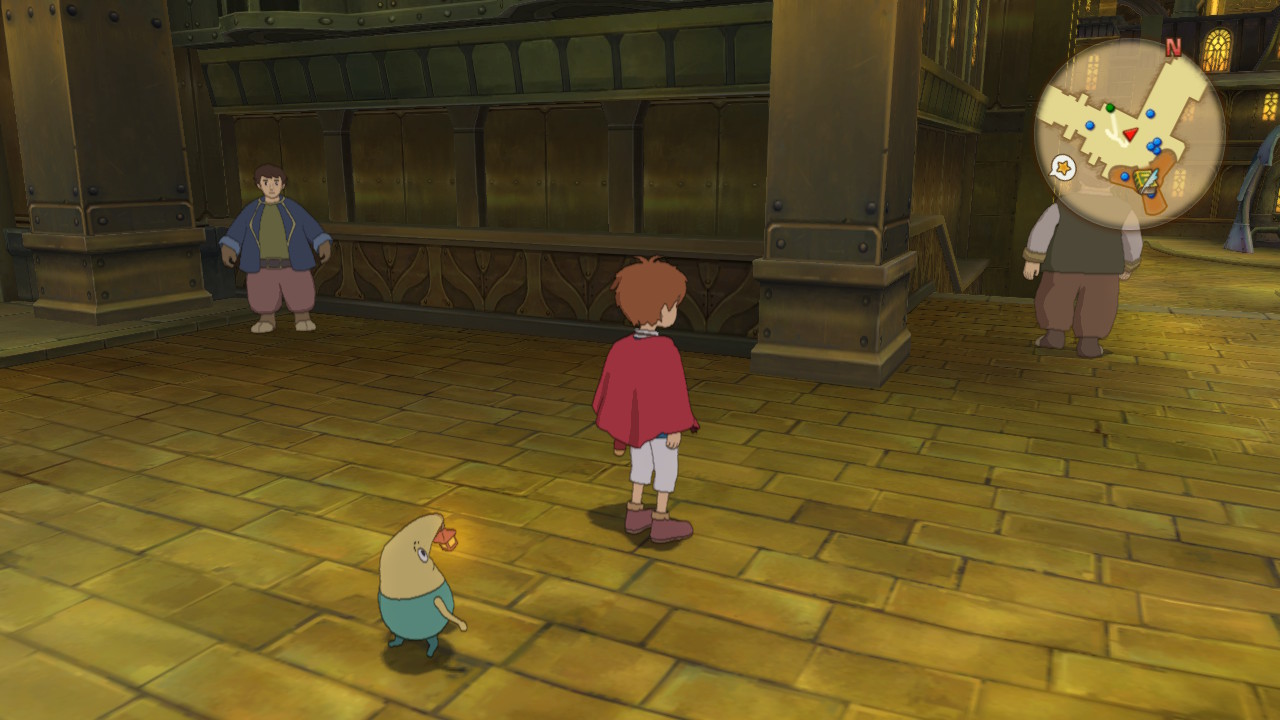 During game play, a mini map indicates actions you can perform (e.g. giving a heart, completing a quest, etc) when approaching non-player characters (NPCs) with twinkling blue and green dots. These indicators are not visible on the third-person landscape and can only be viewed on the mini map. 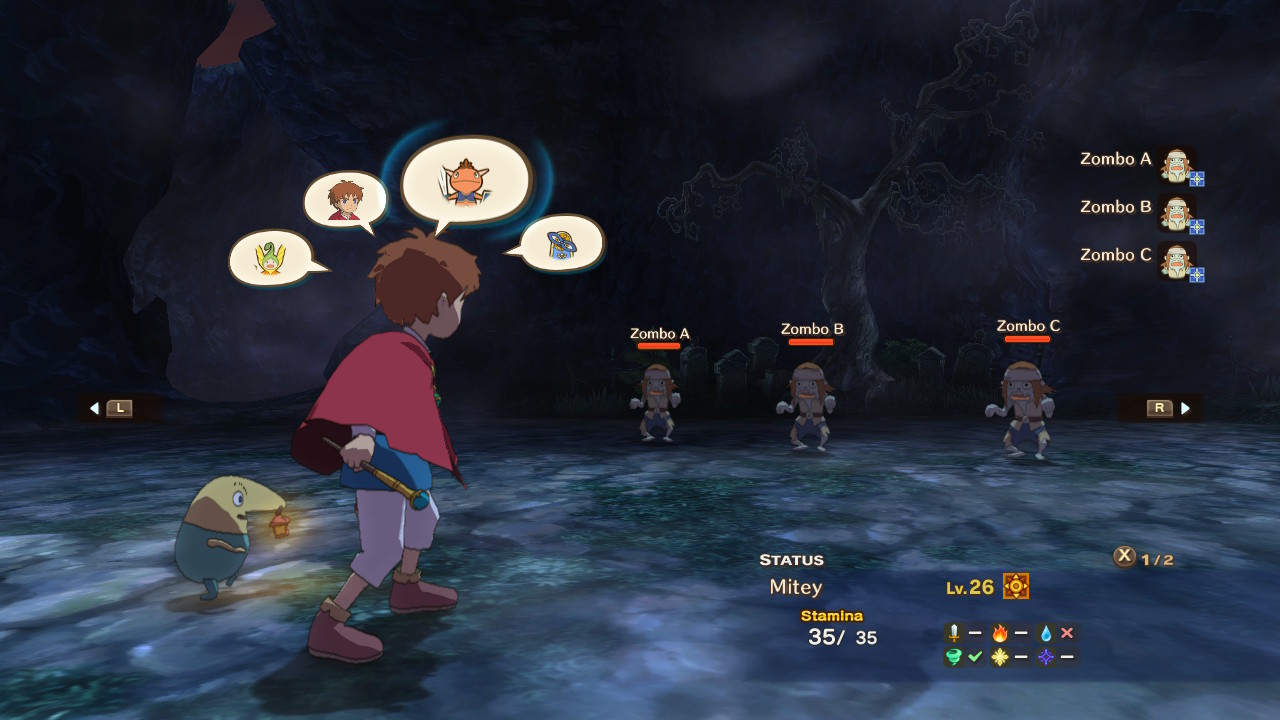 During battle mode, there is no visual indication of the enemy’s level (as none are provided in the game). This can be frustrating, as you often come across an enemy much stronger than you. However, each region has a level range for enemies (-5 or +5), so you are fighting enemies at your level as the story progresses. During battle, red/orange auras are displayed as a visual warning for an upcoming special attack. While this visual warning is helpful during battle, additional indicators, such as controller vibration, would be more helpful in preparing for special attacks. Additional indicators would be especially helpful during mini boss fights, when enemies use a variety of unique special attacks.

Overall, I highly recommend this game to anyone interested in Japanese role-playing games (JRPGs). I personally spent countless hours exploring the world maps, enjoying the cutscenes, and interacting with NPCs. However, additional accessibility features, such as subtitles or indicators for environmental sounds or options to add vibration or alter subtitle font, size, and color, would have improved my overall gaming experience. Nevertheless, the game’s fantastic character development, engaging plotline, and extensive subtitles allow for an enjoyable and accessible gaming experience.