This is only going to focus on the new features that have been added since the original version. So, just a heads up there.

I'm adding the Switch tag because a friend got this game on the Switch and I played through most of the game's campaign with them and boy does it suck. The biggest problem with the Switch version of the game is that while conversations and dialogue are loading, you can't attack or jump. You can still move around and switch characters, but you cannot dismount your horse if you are on one. It seems to happen a lot more frequently on horseback. The lower enemy count on the Switch also makes it much harder to complete kill objectives since it makes it harder to build up your magic gauge or your total kills. There is also the fact that the Switch version does not have a lot of visual effects to know when some abilities trigger.

NOTE: I literally took the screenshots from the previous review I wrote.

The expansion says it is Episode 6, but it is more of a 4.5. Upon Zeus's death in the main story, he goes out in search of Gaia. Gaia cannot take physical form, but is able to sense everything that has happened at any place in the world. So, the group goes around looking around the places Odin has been to, revealing that Odin has gotten strange since his death and return from Ragnarok and has been trying to do something by starting another Yggdrassil with the energy of Destruction to try to prevent the death that he foresaw when he exchanged his eye for knowledge. It turns out that Hades is the one responsible for bringing Odin back from the dead after Ragnarok. It is revealed that Loki killed Perseus to keep spying on Odin and Perseus willingly went along with it to help Loki keep his undercover status a secret. Odin meanwhile had fused his soul with Yggdrasil. In order to destroy it, Hades and Zeus work together to strip the power of Destruction from Yggdrasil and use it to give Gaia a new body, allowing them to destroy Orochi without having to worry about Orochi's power going berserk again. Once again, Orochi is killed for good and everyone finds Odin's soul within the Springs of Mimir. This allows Zhao Yun and Yukimura Sanada to destroy Odin's soul and eliminate Yggdrasil. As Yggdrasil collapses, the gods send everyone home. 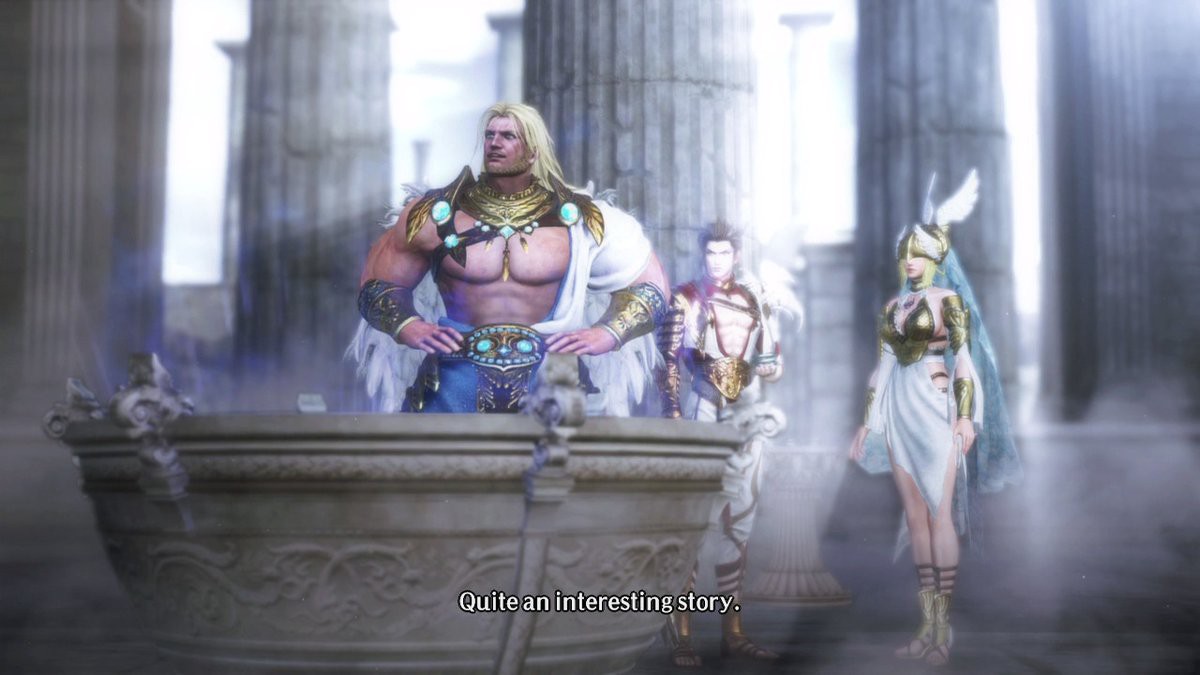 However, if all the fragments of Perseus are gathered, he speaks out warning of another danger. He belives that Hades is the one who purposely brought Odin back and orchestrated the entire events of the game. Hades intervenes in the final battle and kills Odin, taking his power and the power of Yggdrasil with him. Using Kaguya's time travel powers once again, they return to the past to stop Hades before Odin was killed. From there, they travel to the underworld to retrieve the Bident and use it to free Odin's soul. Together, everyone defeats Hades, but Odin stays behind in Yggdrasil to hold it together and let everyone escape. He survives though according to the post-game bonus stage. With Yggdrasil gone, everyone returns to their own world once again.

The game uses a very dated engine and it shows. It is not awful, but it is not great. The series has been using the same models since forever as well as the same generic enemies. Diversity of enemies is something that is desperately needed. On the PC, they are at least able to cram more enemies on screen at once and increase the draw distance so that it still at least looks like somewhat of an improvement when compared to the consoles. On the Switch, some enemies will randomly pop into view when you rotate your camera or others die. This is problematic in the late game when there are five officers charging you at once or you are in a tight corridor.

One good thing is that they brought back the character selection screen from Warriors Orochi 3 so that you are not just looking at portraits. It makes it a lot easier to find a specific person. If you are playing the game on the Switch, the enemy count is far lower than most PCs, so it can be hard to meet some of the bonus objectives in the game like the kill x amount of enemies with Unique Magic or Switch Musou and earn unique (I think it's tier 6) weapons.

Warriors Orochi 4 Ultimate is a Warriors game, which has elements of those old beat em' up and side scrollers built into it just a little different. Instead of going left to right, you have a map that you clear section by section to unlock the next section until you get to the boss. Again, what separates Warriors Orochi 4 from its predecessors was the addition of magic, but its cooldown and making it necessary to take out certain enemies take a lot out of it because it is less of an expansion to the tool kit and more of a necessity at certain points.

The skill tree is expanded to increase your status values, but you will not see much of a difference outside of the higher difficulties. You can rebirth your character up to nine times to increase their status attributes and get other bonuses. For some reason, officer damage feels like it is capped by difficulty to prevent the one hit kill farming shenanigans of Warriors Orochi 3 Ultimate. The camp tree is also expanded so that you can select Pandemonium mode after beating the main game and reaching the Ultimate content.

There are new characters that bring the game to a total of 177 characters. The new characters that are exclusive to Ultimate will not be unlocked until you beat the original game and start on the alternate routes of Chapter 6 and onwards. Some of these characters are sadly recycled from Warriors Orochi 3 Ultimate and were then excluded from 4. It is a real shame that they did not bring over the others from Warriors Orochi 3 Ultimate. It makes no sense why did not.

One thing they add is the concept of Switch Musou (or Musou Switch, I forget which term they used), which allows you to chain your Musous together to increase the length of your invulnerability. The problem is that some stages require you to get a ceratin number of kills through a Switch Musou and it is impossible with some characters and Osmosis to get Musou gauge with every attack is pretty much a necessity to do it. While it might add something, it is not actually useful since that slot is much better used for something like say Brilliance unless you have a character that is great for reaching 1000 hits (there's a skill for that too).

The best change is the ability to swap out the Sacred Treasures so that anyone can use any of them. Early on, the restrictions are obnoxious because some treasures are just bad. The spear one requires the enemy to be at just the right distance otherwise most of the damage is lost. At least now, some bad characters are less bad. There is a problem with the Sacred Treasures though. If the enemy is not in view because you rotated your camera or the Sacred Treasure makes you move, the magic attack will be treated as a normal hit and deal significantly reduced damage. 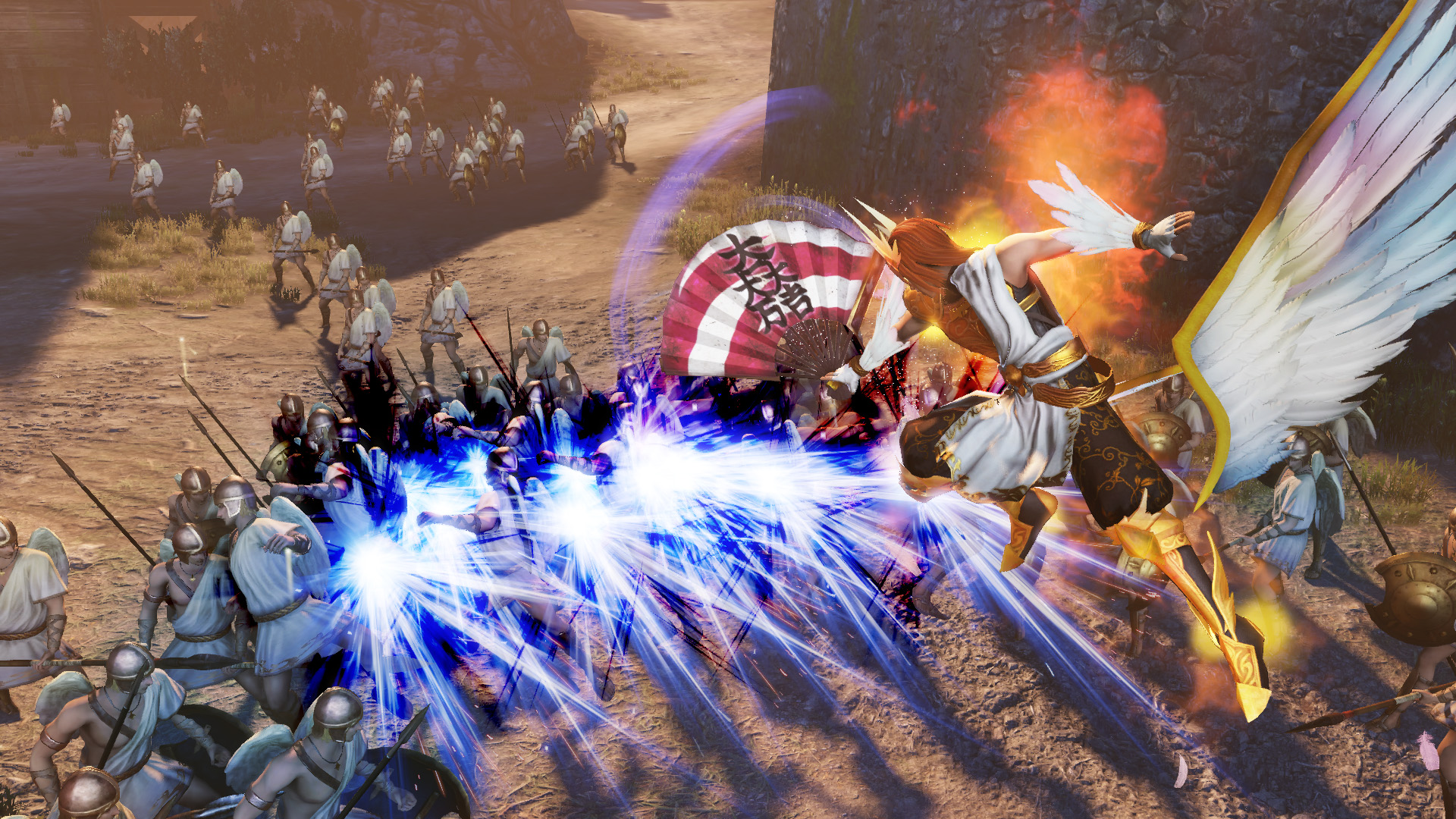 They do bring back the Infinity Mode from Warriors Orochi 3 Ultimate in the form of Zeus's towers. They function the same way and are necessary for the end game weapons. The problem is that it takes way to long to farm anything and you only have two allies with you instead of the five so they take a lot longer to explore a area to find anything. You first need 1.5 million Gems, which you probably will not be able to acquire without using one of the mods that reduces all your weapon bonuses (or turns them off altogether, but that one isn't worth it due to vastly increasing clear times). Then, you need to acquire about two dozen items from Infinity Mode, which are dropped by encountering said officer. Only then, can you craft the ultimate weapon for them. If it was just one, it would not be that bad. The system just requires you to grind normal stages (gems), Pandemonium (weapon attributes), and Infinity Mode (weapon materials). Weapon materials do get easier to get as you recruit more people in Infinity Mode, making the gems the hardest. Even then, all you are rewarded with is increased attack power, which may make it seem not worth it. By comparison, the unique weapons are just acquired by completing all three of the objectives on a given map.

The Switch version treats some dialogue as "loading" and your character cannot attack. This is problematic as enemies are still able to attack you and this "loading" can last for long periods of time. In my time playing, the longest was about twenty seconds of where I was not able to attack. I could move and switch characters and all, but for some reason, the main four buttons did not seem to work at all. I kept thinking that my Joy-Con broke. However, this problem is not exclusive to the Switch. Even on the PC version, some late game battles makes the boss invincible while they talk. Sometimes you can hit them, sometimes you cannot. But, they can still hit you.

Of the things that bothered me the most, it would have to be the story mode. You are essentially forced to play through three variations of the last chapter in order to reach the true ending rather than just have it continue proper. On top of that, there's A LOT of tedium as you run across the map because your allies are terrible at protecting themselves. Even with the fastest mount that I have (Black Pegasus, which is double the highest character movement speed), it felt tedious. The final battle literally has you kill the guy same guy three times in two different areas. 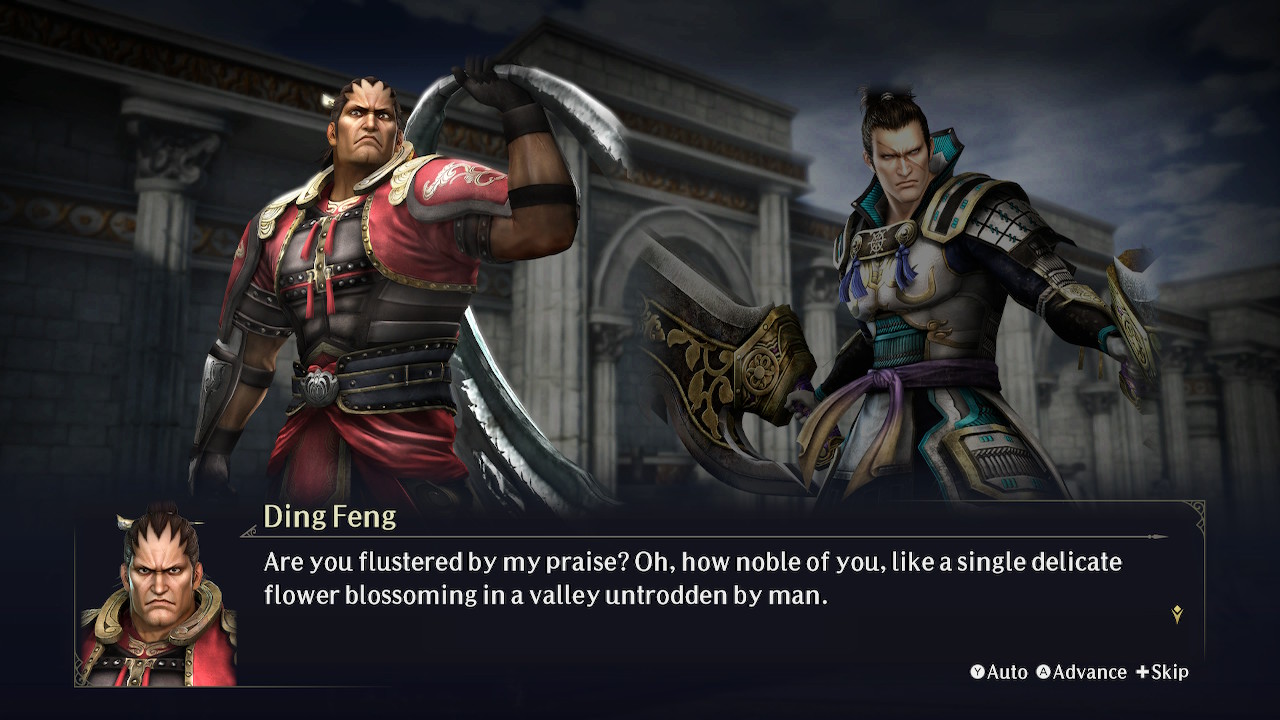 The game once again feels lackluster when compared to its predecessor of Warriors Orochi 3 Ultimate and opinion of it has not changed. That one still represents the pinnacle of the Warriors series so far and still somehow feels superior to Warriors Orochi 4, even after it has gotten its own Ultimate update. Magic is just as bad as before and you need a lot more of it this time around as monsters are much more prevalent in the new content. They bring back some guest characters, but not all and it makes me wonder why. There are no costume unlocks as far as I can tell.