Titanfall 2 is a first-person shooter developed by Respawn Entertainment and published by Electronic Arts for PC, PS4 and Xbox One in 2016. Following an attack by the IMC, Militia Rifleman Jack Cooper is forced to assume pilot duties of Titan BT-7274 and uphold the orders of his mentor, Captain Lastimosa. On his way to regroup with his allies in the Militia, Cooper runs into the Apex Predators, a collection of Titan mercenaries hired by the IMC who do everything in their power to keep him from fulfilling his mission. 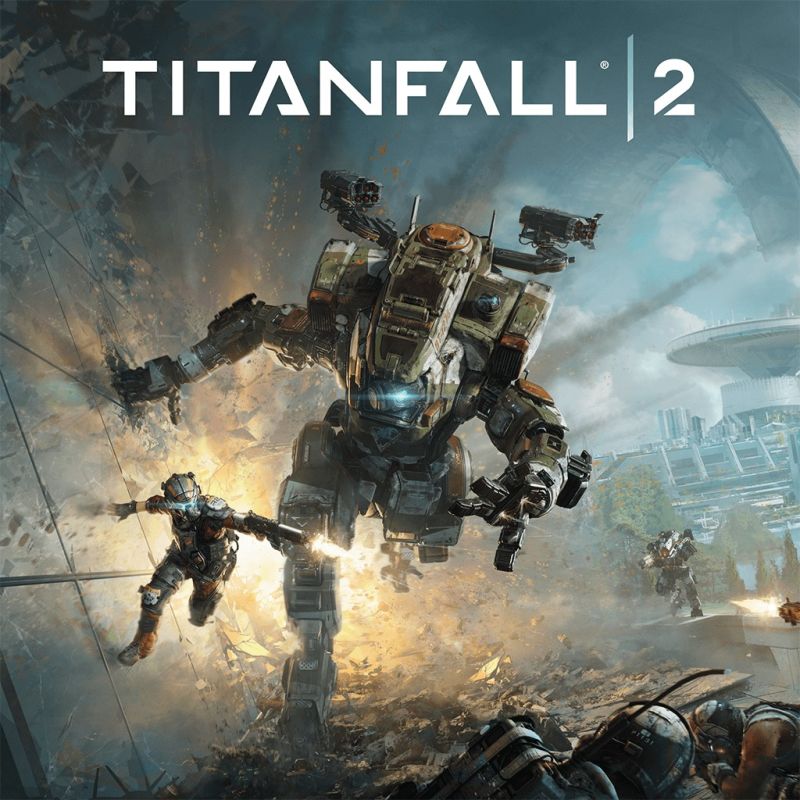 On the whole, Titanfall 2's campaign is very much like any other campaign in a military shooter. There's a bunch of jargon and bullets flying everywhere, its focus is on setpieces over pathos, and it doesn't overstay its welcome. But it still has an emotional core in the form of the relationship built between Cooper and BT.

Now, it's not the most engaging story, since Cooper and BT have a very professional relationship to begin with, so the development that follows doesn't amount to much more than them learning to trust eachother fully and BT picking up some human mannerisms. But that doesn't mean that I wasn't completely on board with their story in the final third. Once the stakes rose, I really cared about the two, so the game must be doing something right.

Still, the rest of it is a bit messy. The aforementioned jargon makes it difficult to follow exactly where you are, why it's important and who is responsible for what. Cooper is just a bit too quiet for my liking, as he doesn't reflect on everything that goes on. I assume this is for the sake of the pacing, but they could have at least made the loading screen notes he writes more interesting.

But the Apex Predators are the game's biggest missed opportunity in my eyes, as they are not given enough screentime or gimmicks to be memorable bosses. They mostly talk at you over comms for a bit before dropping their title card and starting their fight. The potential for some Metal Gear-esque baddies with memorable quotes and weird quirks is there, but sadly not realized. Again, I think there was a fear of bogging down the game's pacing. Which is a noble goal, but establishing your characters properly goes a long way.

A Pilot Owns The Battlefield

Titanfall's claim to fame in the genre is its movement system, which lets you run quickly, wall-jump and even double-jump to get through the environment. The amount of mobility present when compared to other shooters of this ilk is astounding. The only game I can draw parallels to is Doom 2016, which gave the finger to genre conventions in similar ways.

Effectively, you won't use said mobility in every situation, as sometimes regular run-and-gun tactics are the way to go, but it's pretty sick to shoot someone while running across a wall whenever you get the chance. Hell, even without the shooting, the platforming is pretty fun. It doesn't reach the timing complexity of Prince of Persia games and their wall-running, but there's still a fair amount of decently complex navigation to do.

The actual shooting is kinda hard for me to judge, since I haven't delved into the multi-player, but I found nothing objectional with it judging by the campaign. I applaud the deep control options present, which I think should just be standardized in the genre, they're that good.

Weapons are diverse (almost to a fault, since many of them kinda bleed together) and enemies die when you shoot them enough. I suppose the shotguns feel kinda useless, since you can insta-kill normal soldiers using Cooper's melée attack, but when faced with enemy robots, I'm sure it has its uses.

The only other noteworthy ability Cooper has beyond his movement abilities is a cloaking device that's on a cooldown. Effectively, it's sort of like a reverse shield, as it's best used when you're about to do die in order to escape and lick your wounds. But due to the cooldown, you need to make sure that the cloak is ready next time you decide to be aggressive. It sort of dictates the flow of battle (assuming you don't forget aboout it half the time like me), making it so that you alternate between playing offensively and defensively, which is something I appreciate.

Lastly, I wanna give a shoutout to the variety present in each level. There was a lot of effort put into making sure that each mission has its own distinct features. Beyond just enemy variety and level design, most missions have a central gimmick of some sort that gives you a reason to engage with the environment slightly differently. Effectively, it's nothing major, but it's enough to make most missions stand out.

A Titan Fell From The Heavens

You know what? I lied. The giant robots are the game's claim to fame in the genre. For a good chunk of the levels, you will have free access to BT, meaning you can jump in and out of the pilot seat at whim.

Being a western mecha game, he is of course very bulky, feeling more like a walking tank than the slick Jehuty from Zone of the Enders. They really sell the power of a Titan whenever you get to just stomp on the poor enemy infantry. It's only during boss fights with the Apex Predators where you'll meet any decent resistance, otherwise it's just a nice little power trip.

Thanks to the various Titans in the multi-player mode, BT manages to remain engaging by having you unlock new weapon loadouts as you progress in the campaign, essentially transforming him into different Titans.

All Titans follow the same basic framework of having a main weapon, a side weapon, a defensive weapon, a "tactical" weapon and a super weapon that you can unleash once you've killed enough enemies. While there is a slight overlap in weaponry, every Titan still manages to feel unique. This is thanks to the central gimmick they're built around (like locking on the side weapon by shooting the main and tactical weapons, using thrusters to aim better or igniting gas grenades). It's not complex stuff, but each one delivers their own little unique gameplay loop that really makes BT fun to control.