When I initially wrote the prompt for Band of Bloggers at the beginning of this month, there were a lot of games that I was exctied for that I wanted to write about. A new Final Fantasy 7 Remake trailer just dropped, and that has me incredibly excited, and DOOM Eternal is looking better and better. Despite all the hype surrounding these huge games, an announcement happened early this month that changed my plans completely. A game from my childhood was revealed to be getting the remake treatment on the Switch, and it has honestly consumed most of my stray thoughts. 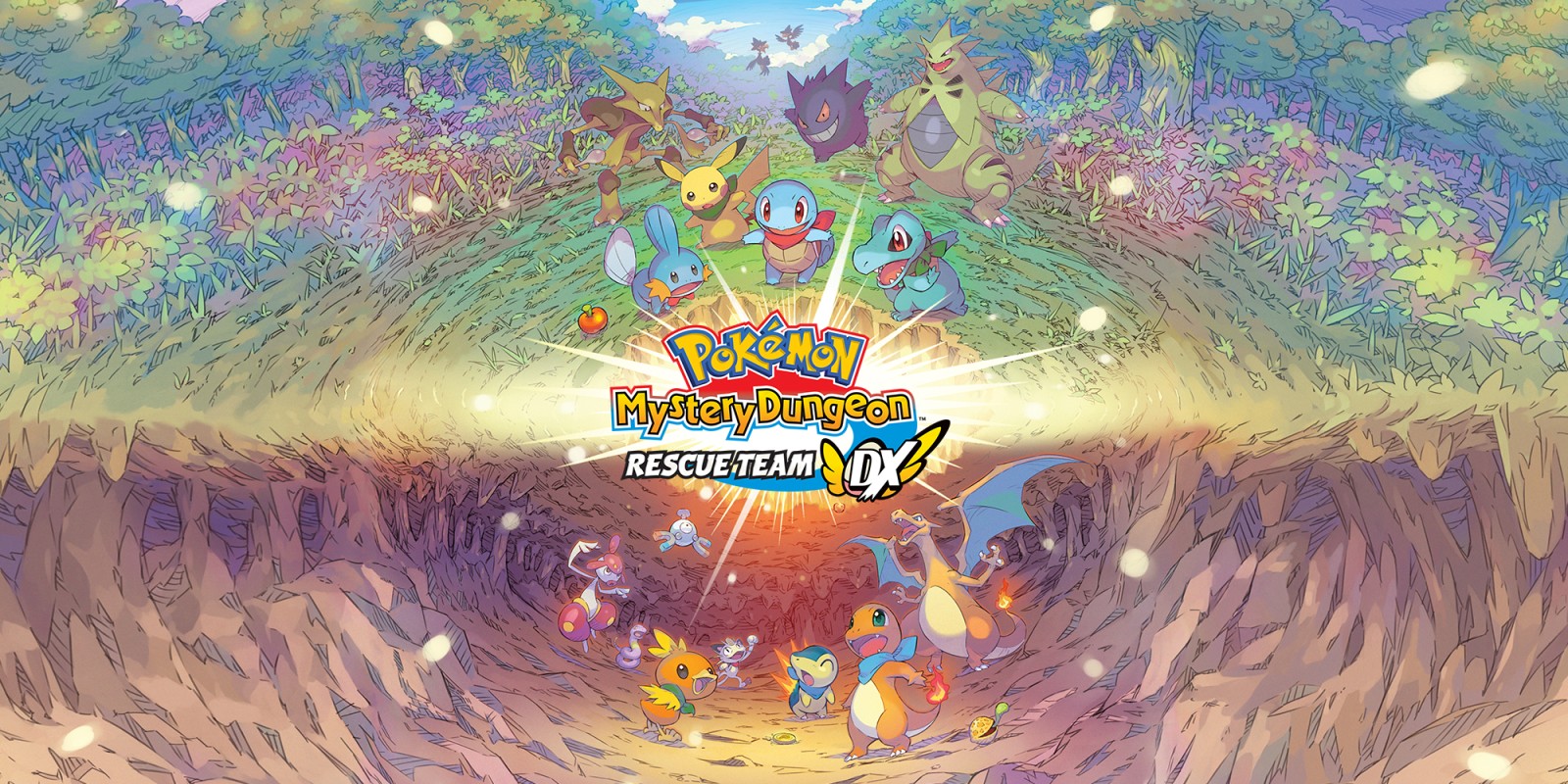 I'm pretty sure that there were other things announced in the same Pokemon Direct that this was announced, perhaps even controversial things, but I was just so happy about this announcement that I ignored any controversy and decided to be excited about this. Pokemon is home to many spin off titles, but they never seem to stick around for very long. Pokemon Ranger got a few games before disappearing, Colosseum and Gale of Darkness were a great start to an interesting new concept that died on the Gamecube, and there have been many one-off titles. Out of all the spin offs of Pokemon, outside of the mobile games that keep updating and asking for money, only one series has stuck around, the Mystery Dungeon games.

Though to be honest, it has been a long time since the last game, and apparently the series sales had been on the decline on the 3DS, so many fans of the series were worried that the series might have received the same fate as all other spin offs. As you can imagine, the fans of this series were relieved to see the series still alive, and now on console. 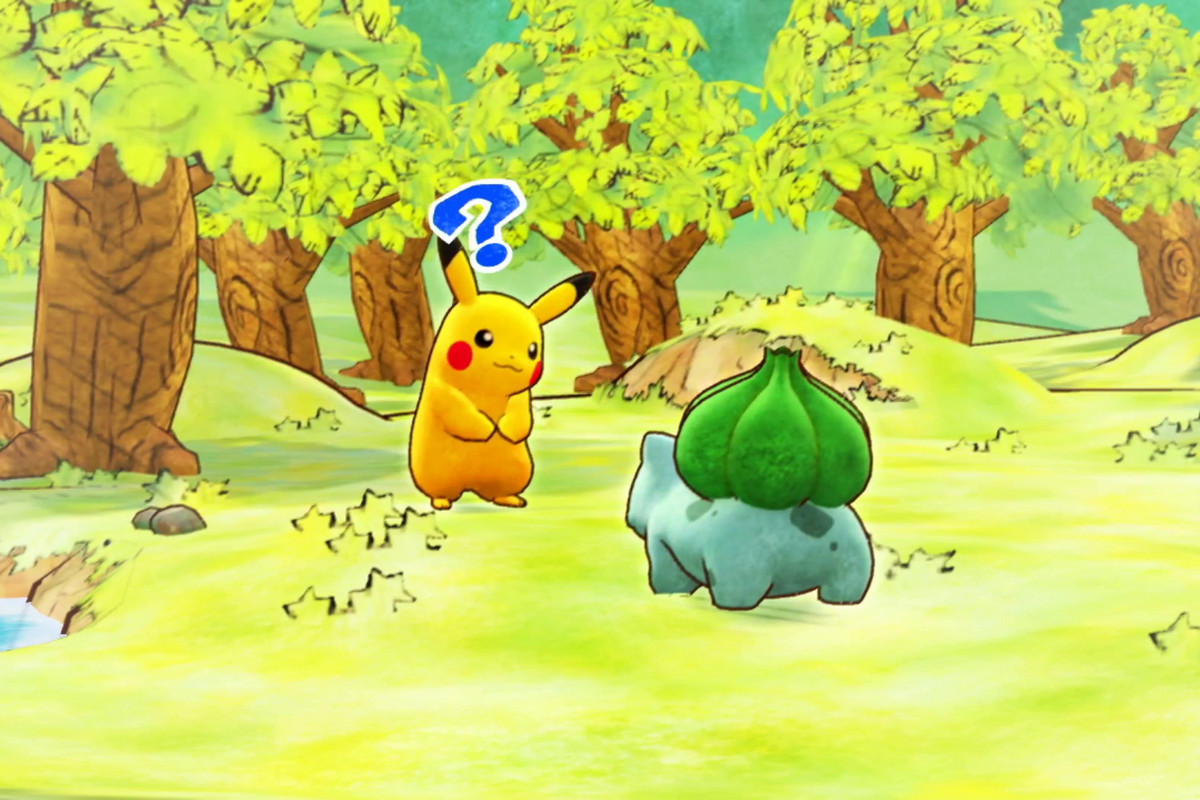 So what did I do in anticipation of this new release? I fired up my Wii U of course! My Wii U actually still gets played pretty regularly, even as more ports of its games end up on Switch. This is of course because of the Wii U's impressive Virtual Console. The Virtual Console on the Wii U even houses some old DS games. Out of all the Mystery Dungeon games out there, one has remained the fan favorite, considered the pinnacle of the series, Pokemon Mystery Dungeon: Explorers of Sky.

Explorers of Sky was released on the Wii U's virtual console pretty late into the system's doomed life, and I bought it immediately, as I never got to play this particular version of the explorer mystery dungeon trio. I never found the time to really beat it, so suddenly it fit my criteria for this month's Band of Bloggers. 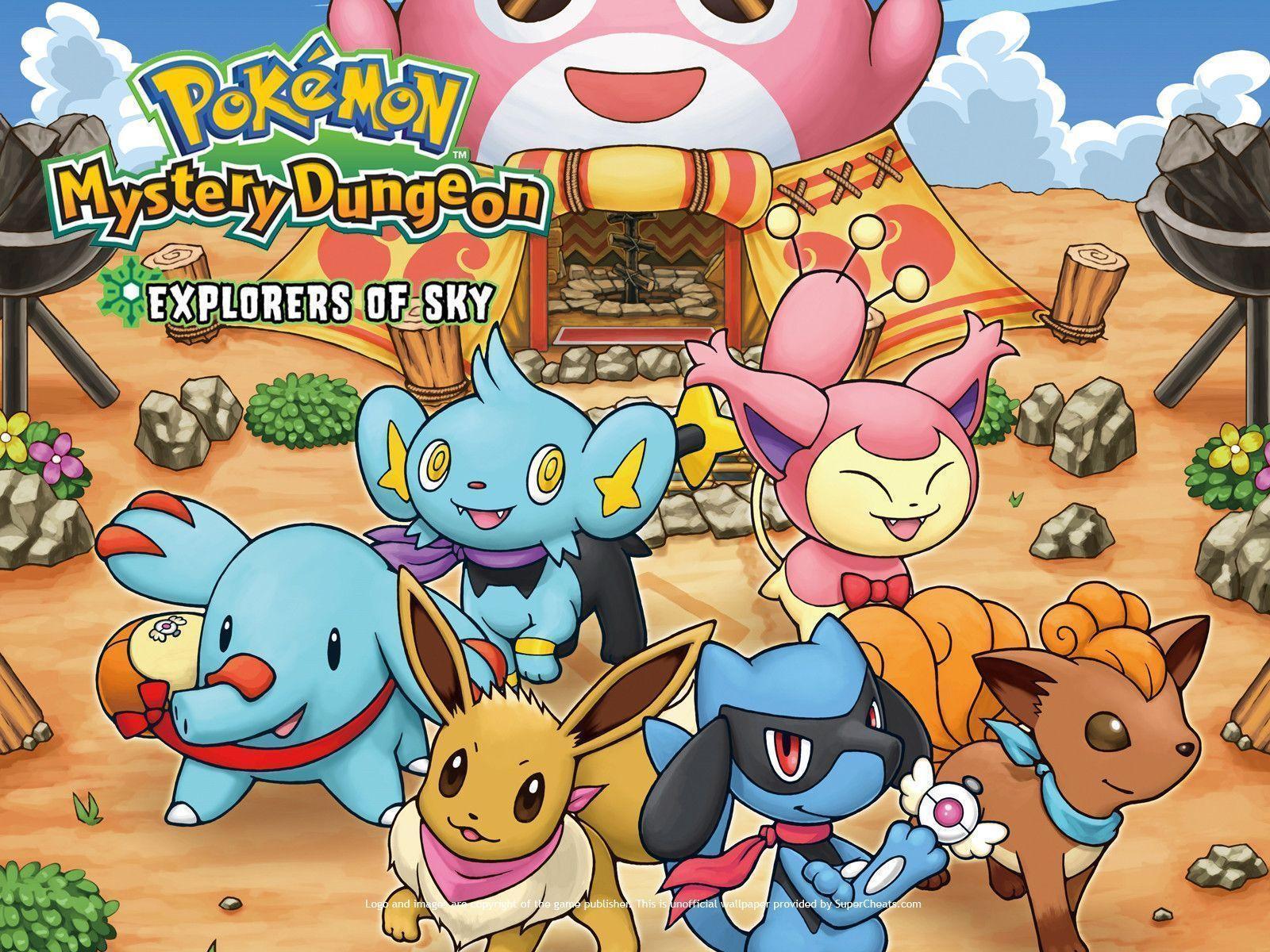 The Mystery Dungeon games all share a simple premise, and the plots of each game have some similarities. You play as a human who was brought into the world of Pokemon. Part of the mystery of each game is figuring out how any why this has happened. While the games all have a simple plot, I can say without any hesitance that the stories in these games are better than any of the mainline Pokemon games. That might not be saying much in some cases, but the stories in these games, especially Explorers of Sky, are fantastic. They are simple as the audience is still kids (despite the sometimes extreme difficulty these games can have), but despite that simplicity they still have touching moments and fun characters that move the story along.

The Mystery Dungeon games are roguelike games. The dungeons are all randomized and the the consequences for defeat are harsh, though obviously since it's a Pokemon game there isn't permadeath like in some roguelikes. These randomized dungeons play a role in the story, as usually in the game nature is going out of control and so these dungeons that are constantly changing have started appearing. In Explorers of Sky, the Pokemon of the world have started forming into exploration teams to tackle these dungeons and uncover their mysteries. You and a partner Pokemon join a guild and form your own exploration team. You can recruit pokemon into your team, even legendary pokemon in the post game, and use them to tackle dungeons where they wuold have a type advantage.

It's been a long time since I've played a Mystery Dungeon game. I think I had almost forgotten how much I love playing them. The announcement of the Rescue Team remake reminded me of the simple joy that these games bring me, and now I'm more than ready for when Rescue Team DX comes out in March (especially now that a lot of March games got delayed out of March.)