Isn’t that just typical; one day you’re minding your own business, drinking excessively and trying to have a good time when out of nowhere a whole new decade bursts through a wall and punches you inside out. I’m being hyperbolic, I don’t actually drink, and the new year was polite enough to open the door before it twisted my head off and got WW3 trending. I don’t really go in with that whole ‘New Year’s resolution’ thing, so I’m going to continue writing up blogs and joining in on the band of bloggers fun! This month’s prompt isn’t even about resolutions so forget I mentioned it: no, this prompt is all about looking forward! There are some high profile games on the horizon in in this, the year 7 of our lord Luigi. I considered playing E.T. in honor of the inevitable disaster that will be the Atari VCS, I would have played Dragon Ball Z: Attack of the Saiyans as a form of protest because Kakarot looks like offline Xenoverse. I also feel tempted to talk about Double Dragon Neon, but all I have to say about it is, “I hope Streets of Rage 4 isn’t as stiff and awkward as Double Dragon Neon”.

It’s nearly February, and Nintendo still haven’t done a Direct. This isn’t a big issue really, since they usually do one by Valentine’s day, but it seems like every other day I see headlines about a possible leak either about when the next Direct will be or what will be in it. I can’t wait to see what Nintendo has in the pipeline for this year, since they usually show off interesting things at the very least. While playing Fire Emblem Echoes this month, and the Mana Collection last month, what comes to mind is the upcoming remake of Trials of Mana. I’ve only just started playing it on Switch last month, and while I didn’t spend much time at all with it in January, the trailers for the remake are already showing me how different those parts of the game I have been through are going to be. The giant crab boss looks incredible but also more intimidating than the SNES original, the world looks alive and vibrant rather than a mess of pixels, and it seems like all of the women are massively top-heavy if you know what I mean. 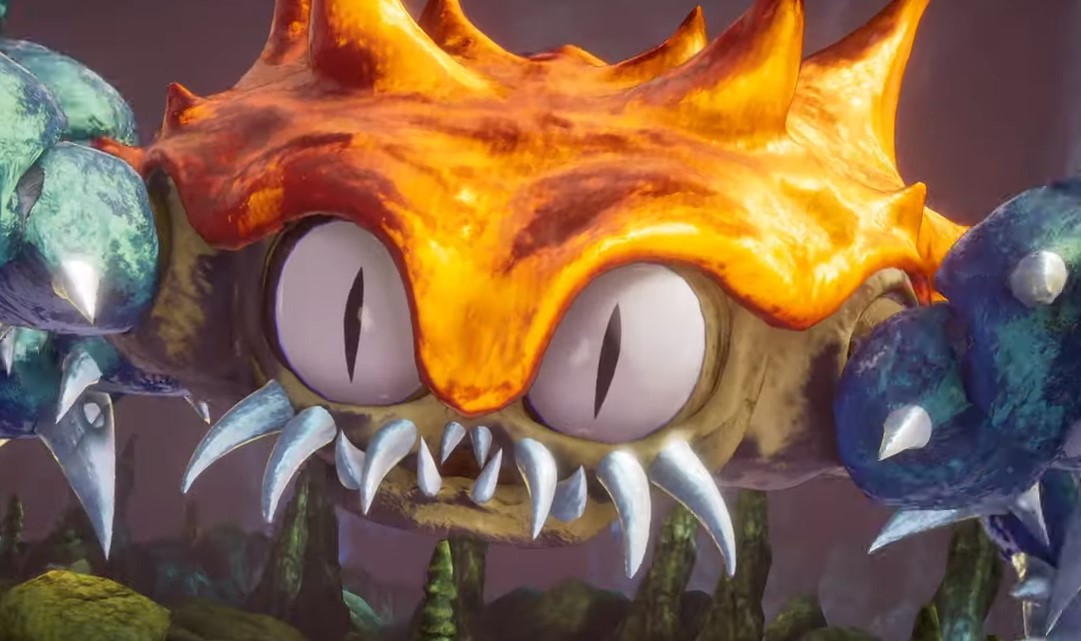 (Attack the Enemy Crab in its weak spot for MASSIVE DAMAGE)

Playing anime games like Fire Emblem, and blank-of Mana put me in mind of another upcoming anime-like game launching later this year: Final Fantasy VII Remake. Unlike most people of my generation, Final Fantasy VIII and IX were the ones I have more of a nostalgic link with, but when I did get into Final Fantasy VII, it absolutely engaged me. The story of Cloud Strife and AVALANCHE committing acts of terror to bring down Shinra, only to accidentally stumble upon an evil alien entity bent on destroying the planet is a timeless one. I’m disappointed that Squaresoft is breaking Final Fantasy VII up into an unknown number of releases, but hopefully the whole of Final Fantasy VII-R will be out before 2030. Since it seems like the April release is going to focus on Midgar and the assault on Shinra HQ, I’m hoping that characters like Biggs, Wedge, and Jessie will be playable. It looks like the Train Graveyard will be expanded on a bit, but I’m disappointed that we haven’t seen Nanaki (sorry, Red XIII) even though he’s introduced during this part of the story. Then there’s the issue of Final Fantasy VII-R’s gameplay: I really like turn-based combat, like what the original Final Fantasy VII had. I also really like real-time combat like what Final Fantasy XV and the Kingdom Hearts series has. From what I’ve seen, Final Fantasy VII-R looks like it’s going to be fun to play, but again, I’m hoping it doesn’t end abruptly after the Shinra HQ invasion.

I’ve spent a massive chunk of January playing the Resident Evil 2 remake so one might assume that I’m anticipating the upcoming release of the Resident Evil 3 remake. When I was a kid, I owned the original Resident Evil 3 on PSX, and it’s one of the few games I managed to finish despite having faulty memory cards. I remember Resident Evil 3 having more of an action focus than Resident Evil or Resident Evil 2. Starting a game on normal (or was it easy?) gives you an assault rifle and shotgun to start with instead of a pistol. I also remember that it was possible to knock Nemesis out briefly if you chose to stand and fight, and by doing so you could unlock rare items and resources. It’s possible to knock out Mr. X in the remake of Resident Evil 2, but he doesn’t drop resources. If R3make maintains an action focus, like the original, and if it maintains its place in continuity (ie: 24 hours before and 24 hours after the events of RE2), than hopefully Nemesis won’t be the only massive monster lumbering around Raccoon City trying to murder you. There’s a lot about R3make that I don’t know about, but at the moment I guess one could say it’s my most anticipated game of 2020 at the moment. Resident Evil 2 was fun, but it stressed me out to the point that I was happy to uninstall it after I beat Leon A. I wouldn’t have gone back to it to it if I didn’t buy the unlock key, and while I definitely see myself getting R3make, I don’t see myself getting it until after a price drop.

I’m hoping 2020 is a good year, but it doesn’t look like it’ll be the second coming of 1997, or 1998, or 2006, or 2008. There just isn’t much that we know is coming out this year that I can really say I’m anticipating. I’m anticipating the next Nintendo Direct because I want to get onto a hype train again. I’m hoping the next State of Play gets me excited to turn my PS4 on again. There are games on the Epic store that I can’t wait to get when they launch on Steam, but that kind of goes against the spirit of this blog post. I want to end this with a pseudo-joke by saying my most anticipated game that’s likely to launch this year is a remake of Pokemon Diamond/Pearl, but given the state of Pokemon at the moment I can’t even commit to that sentiment. Well...I guess I can, Pokemon Diamond was awesome.