Decline of Video Gaming With 15 Years Of Hindsight

Decline of Video Gaming is a series of Flash cartoons created by Double Helix and Super Flash Bros in 2004-2005. The intitial conceit was to make fun of gaming by showcasing how it'd well...decline come the far-off year of 2059. That didn't last, so after the first part, it just goes for general video game parodies relevant at the time combined with slapstick humor and cut-away gags. Having rewatched the series now, I thought it'd be interesting to discuss some of these jokes and how they pertain to the 15 years of gaming history that have passed us by since their conception. You can watch the whole series in the video below:

This joke is pretty fun in hindsight, since the conceit is that Konami would run the series into the ground until Snake was an old man. Instead, Kojima decided to turn Snake's FOXDIE disease into a reason for having him age rapidly for MGS4, thus giving us old man Snake before MGS5 was even a thing. Of course, with Metal Gear Survive, Konami managed to drive the series into the ground anyway in the most boring way possible.

Being made before the greatest jump in quality between sequels known to man was achieved, I'm not surprised that they'd conceive of DMC4 as a tired rehash of DMC1 that has no idea of how to move the series forward. The actual DMC4 has its story issues of course, but it sure as hell doesn't feel like it was made just for the sake of the name like DMC2 was. And with DMCV out, Capcom somehow managed to tie most of the plot threads together, proving that you can make something resonant out of cheese.

Now here's some history. If I remember correctly, Alien Hominid was the first "indie" game that managed to get itself a physical console release. I put indie in quotation marks, since there isn't a strict definition of what actually makes a game indie and I'm sure Japan's doujin games has it beat by a good few years. But from the perspective of "western internet people getting their efforts treated seriously", it has its significance. I'm still blown away by the amount of indie games that have managed to get themselves physical releases in the last few years, even outside of Limited Run Games. 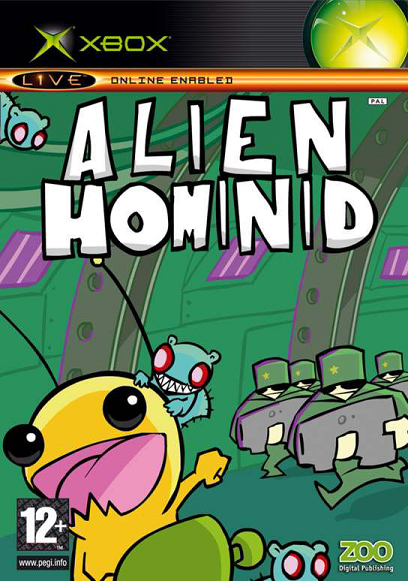 Joke #4: The Legend of Zelda: The Lampshade of No Real Significance

Even at the time, the take that the Zelda series only ever recycles ALttP was covered in moss. Now, I don't actually play those games and the fact that they reuse a bunch of stuff to tell broadly similar stories is a part of that. But even I know that there's some effort put into making each game its own thing. Doesn't mean I don't want them to go weird like Majora's Mask of course, though preferably with less head-ache inducing sidequests.

Lastly, I should mention that The Lampshade of No Real Significance actually became a real Flash game. It has no combat and can be completed in a few minutes by just talking to people and trading items until you manage to place the titular lampshade where it belongs.

Everyone expects Final Fantasy to truck along until the heat death of the universe, and it just might, but with how much money Square Enix shoves into each mainline title, the frequency of said titles have really slowed down. There are always the multitude of spinoffs of course, but they don't carry the same weight as the numbered titles do. Hell, we won't even hit FFXXVII in 7 years as joked about in Deus Ex: Human Revolution going by SE's current output.

Funnily enough, I took this joke at face value back when I first watched this sometime around 2008 . I just assumed that all post-PS1 Tomb Raider games had RPG mechanics since that'd be a good reason to make a joke about it and I never found the desire to play those games for myself at the time. Turns out, that wasn't true until the reboot in 2013 where there are RPG mechanics aplenty. Nowadays, it's novel to not see a AAA-game dip into RPG mechanics to some degree.

If we fudge the rules and accept the HD version of REmake as another remake, then we're on the remake of the remake already. But I'm not sure even Capcom would go further with complete remakes. You can only refine the concept so much, you know? We might get one more remake, just to put things on the same level as REmake 2, but anything beyond that seems kind of excessive.

Joke #8: The heads of Square Enix, Capcom and Konami being cartoonishly evil

All right, guess they were right about Konami. SE and Capcom have done their fair share of bad things, but they at least have the decency to develop fun games and maintain some level of PR. Konami is more of a bad headline generator than anything else these days.

Joke #9: FFXI Gil being a proper currency that can get you in debt

This is sadly kind of real these days. Not just because of the economy in EVE Online (which isn't completely asinine from what I've heard), but also because microtransactions have graduated into macrotransactions, so it is very much possible to rack up enough debt through a game that you'd need to sell stuff to pay it off if you're not careful.

Both Street Fighter and NBA have indulged in this shit by now and I'm sure there are other games out there that have done it as well. It's a very simple prediction of greed reaching its logical conclusion, so of course it was only a matter of time until someone was finally foolish enough to make it happen. Still, I think there's room for ad-supported games, provided they're actually funded by the ads and not the playerbase. I know there used to be a free ad-supported version of the Suffering a while back that played video ads when starting and quitting the game. Maybe someone else can get that to work.

Joke #11: Kojima being jailed for MGS2

This was very much made at the height of the MGS2 backlash, so it's not weird to see this joke here. Of course, the game has managed to redeem itself in the eyes of many since then, what with the post-modern malarkey discussing the dangers of controlling information and closed-off communities of people refusing to subject themselves to ideas that challenge their poorly constructed worldviews.

But it's also weirdly relevant, since there are accounts of Kojima being locked up in a room during his last days at Konami following MGSV. Now, I hope that wasn't as bad as it sounds, but maybe the upper echelon of Konami really is that evil.

Joke #12: Clank being a useless toaster

Now this is a joke that has been undone by the passage of time, as Clank has gotten his own game since then and had an important role in A Crack In Time. But beyond that, it's the sort of joke a very pragmatically minded person would make. Someone who sees the direct application of gameplay worth above else. I think that's the same mindset that got people mad at MGS2.

"Snake is more capable and cooler than Raiden, so why isn't he playable?" It's a valid complaint if you prefer Snake, but it misses the thought behind the decision. Not everything in a game is in service of the main mechanics, or even gameplay in general. Some things are put there to deliver on the theme or just to provide some contrast, like Clank does to Ratchet. 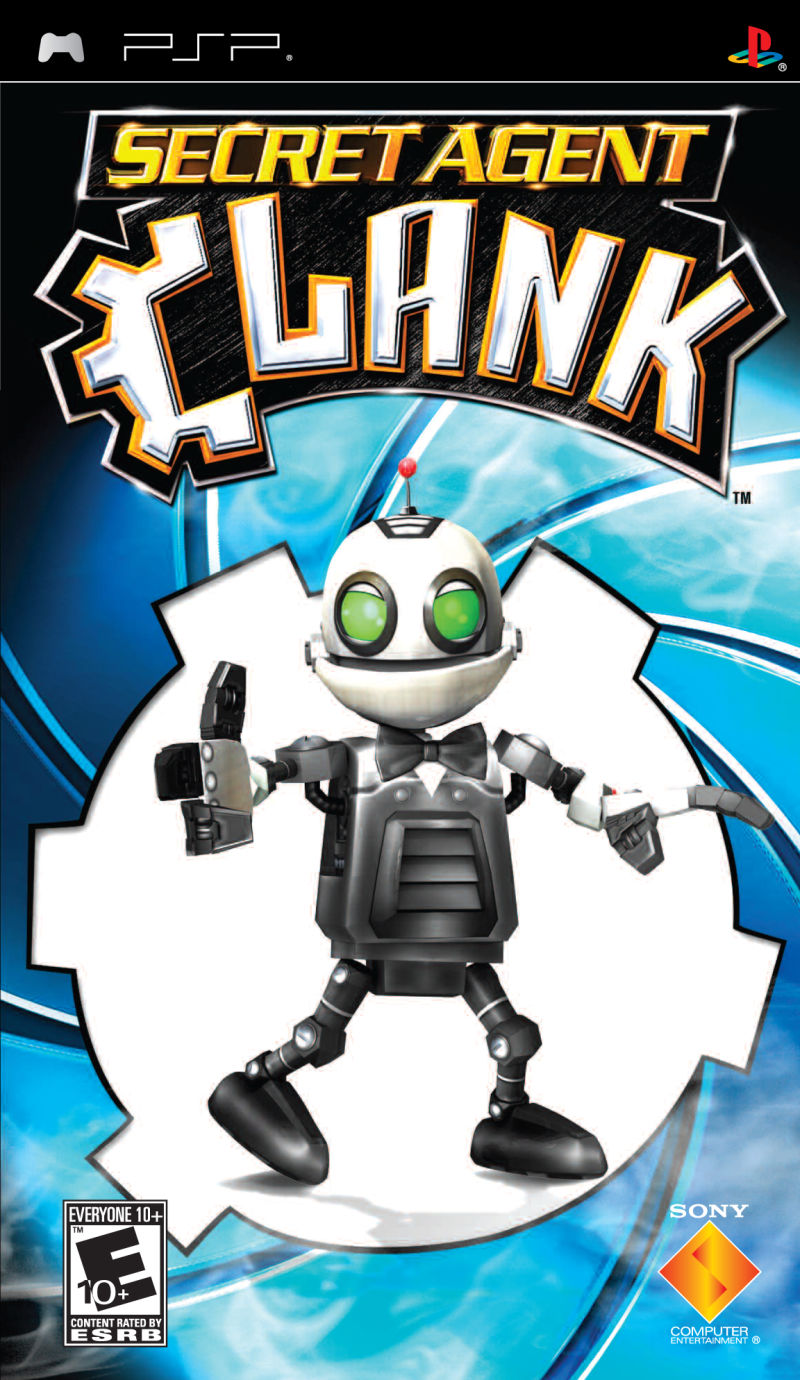 That's about all the jokes I found worthwhile enough to talk about. The rest can be a bit funny, but by and large, this kind of parody is very much tied to its era. But I think it's interesting to have this small window into what gaming culture used to be. A lot has changed since then, so much so that I find it difficult to imagine how you'd write an all-encompassing parody like this nowadays.

With the indie explosion and all the big brands fighting for attention, there's just so much to keep in mind. Especially since we have better access to information now, so games don't just suddenly appear in magazines and demo stations. Now we can judge them better according to the nature of their creation. Also, with how fast the news age, even a few months would make your parody feel out-of-date.

It's an interesting thing to think about. I don't think I've seen videos trying to cast this wide of a net in a long time. Usually, parodies keep themselves to a single game or series. Stuff like the various animated Dark Souls parodies that have become sort of required viewing within the fanbase.

I think I'll leave things off with an open question to the people of Destructoid. In what ways do you think the gaming landscape has changed since 2005? I think the most obvious answer is that it's become a much bigger thing all around, but I'm curious how things were for people a bit older than I was at the time.