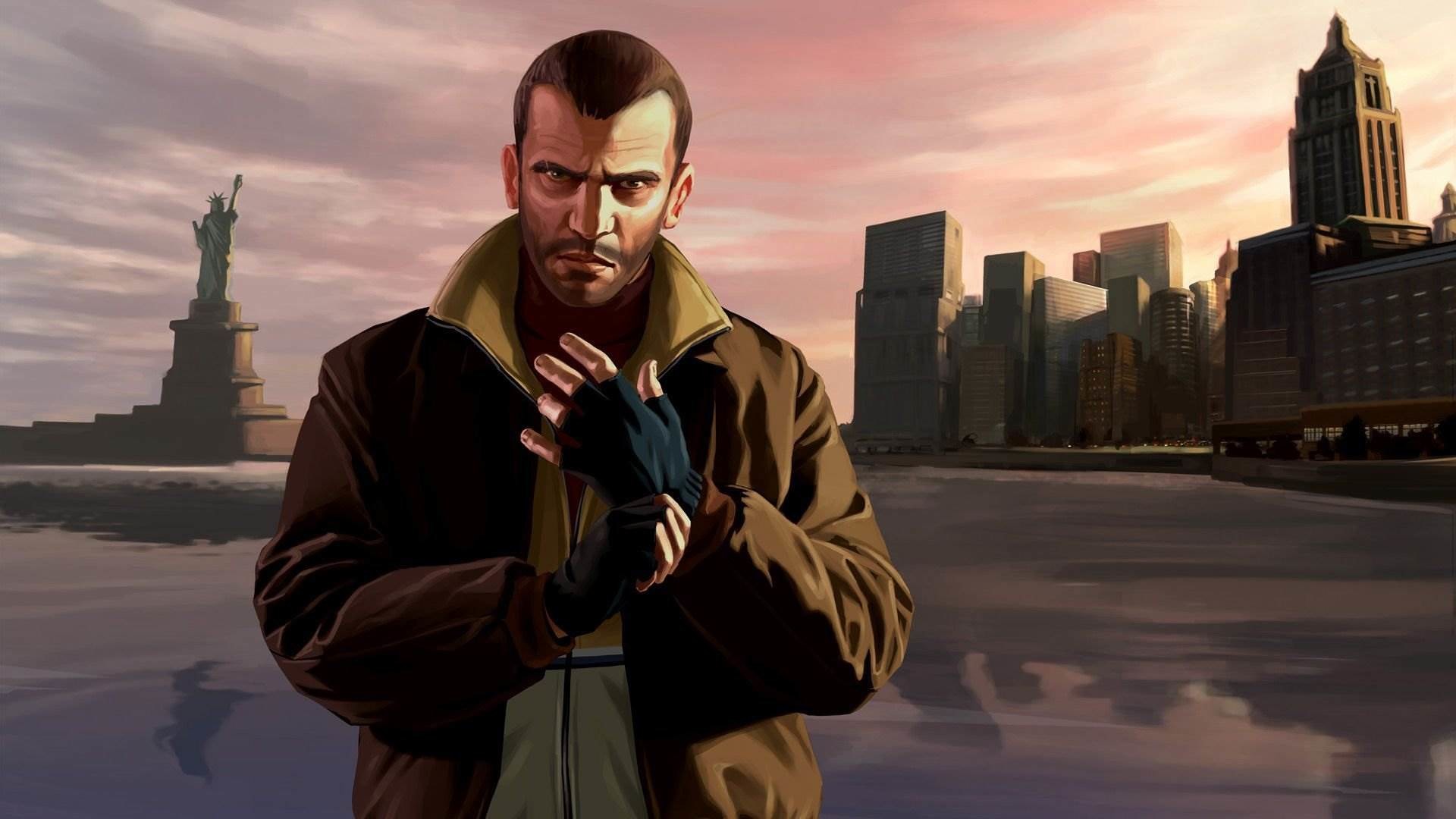 Grand Theft Auto 4 is no longer available for sale on Steam due to Games for Windows Live, according to a spokesperson at Rockstar. The Steam page is still up, but the game cannot be purchased. People who currently own the game can still play it.

The spokesperson further elaborated on the issue with this quote: “Grand Theft Auto IV was originally created for the Games For Windows Live platform. With Microsoft no longer supporting Games For Windows Live, it is no longer possible to generate the additional keys needed to continue selling the current version of the game. We are looking at other options for distributing GTAIV for PC and will share more information as soon as we can.”

Two years ago, GTA 4 dealt with a similar issue, involving expired music licensing. There is no word on when the game will return to Steam shelves.

Aidan Jackson, an England resident, was playing with Texas resident Dia Lathora when he suddenly had a seizure. Dia could hear Aidan over the microphone having a seizure, so she called UK police and sent them to his house.

The parents of Aidan didn’t realize what happened to their son until the police cars arrived. “[The police] said there was an unresponsive male at the address. We said we hadn’t called anyone and they said a call had come from America. I immediately went to check on Aidan and found him extremely disoriented,” said the mother.

“Aidan is a lot better and hopefully everything is OK when he has his appointment at the hospital but he’s doing well.”

Cyberpunk 2077 is pushing its release date from April 16 to September 17, with studio stating in a tweet “the is complete and playable, but there’s still work to be done. Night City is massive…but due to the sheer scale and complexity of it all, we need more time to finish playtesting, fixing and polishing.”

Final Fantasy 7 Remake is pushing its release date from March 3 to April 10, citing similar reasons. “We are making this tough decision in order to give ourselves a few extra weeks to apply final polish to the game and to deliver you with the best possible experience,” said a post from the team making the game.

Finally, Marvel’s Avengers is pushing its release date from May 15 to September 4. “We will spend this additional development time focusing on fine tuning and polishing the game to the high standards our fans expect and deserve,” said a post from Crystal Dynamic’s Co-Heads Scot Amos and Ron Rosenberg.

The Best Selling Games of the Decade

Market research company NPD Group recently put out a list of the best selling games of the 2010s. Grand Theft Auto 5 took the top spot as the best selling game of the decade, but Call of Duty took the most amount of spots, with ten of the twenty spots going to the FPS franchise. Other notable entries include Red Dead Redemption 2 at number seven, Minecraft at number ten, and Destiny at 18. 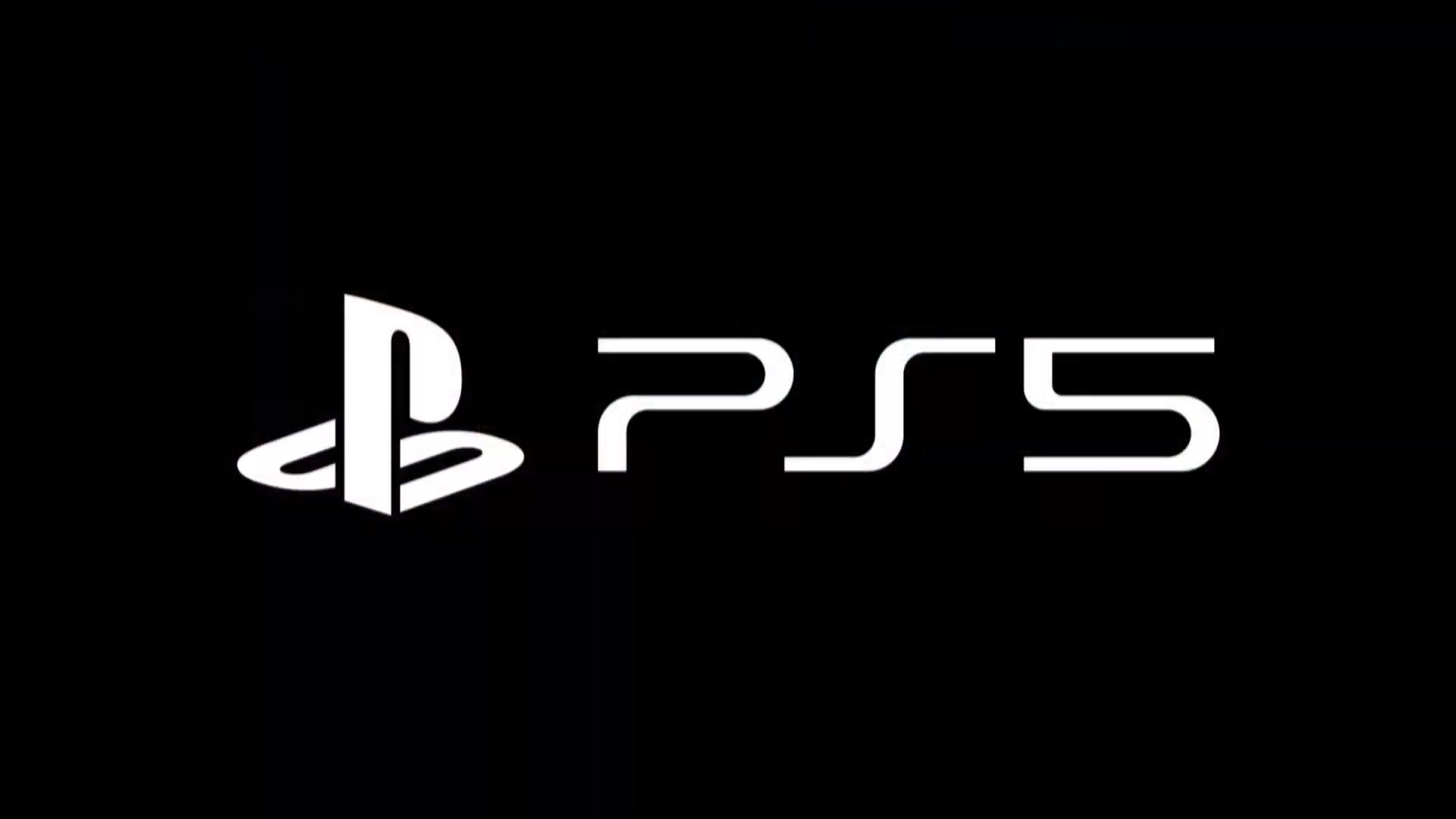 For the second year in a row, Sony will skip out on E3. “We have great respect for the ESA as an organization, but we do not feel the vision of E3 2020 is the right venue for what we are focused on this year,” said a Sony spokesperson.

Meanwhile, PS4/PS5 rival Microsoft will be at the event, according to Phil Spencer. In a tweet, the head of Xbox said “Our team is hard at work on E3, we look forward to sharing with all who love to play what’s ahead for us.”

The newest game in the Yakuza series follows Ichiban Kasuga, who gets out of prison to find a world that has moved on without him. As a fan of the series, a new entry is enough to get me excited, but this game goes above that by offering a new city to explore, character to be with, and a new combat system to kick ass with. I may have a long way off before I get to play this game, but that doesn’t mean I am not excited. Yakuza: Like a Dragon released on the 16th in Japan on the PS4 and later in the year for the rest of the world. 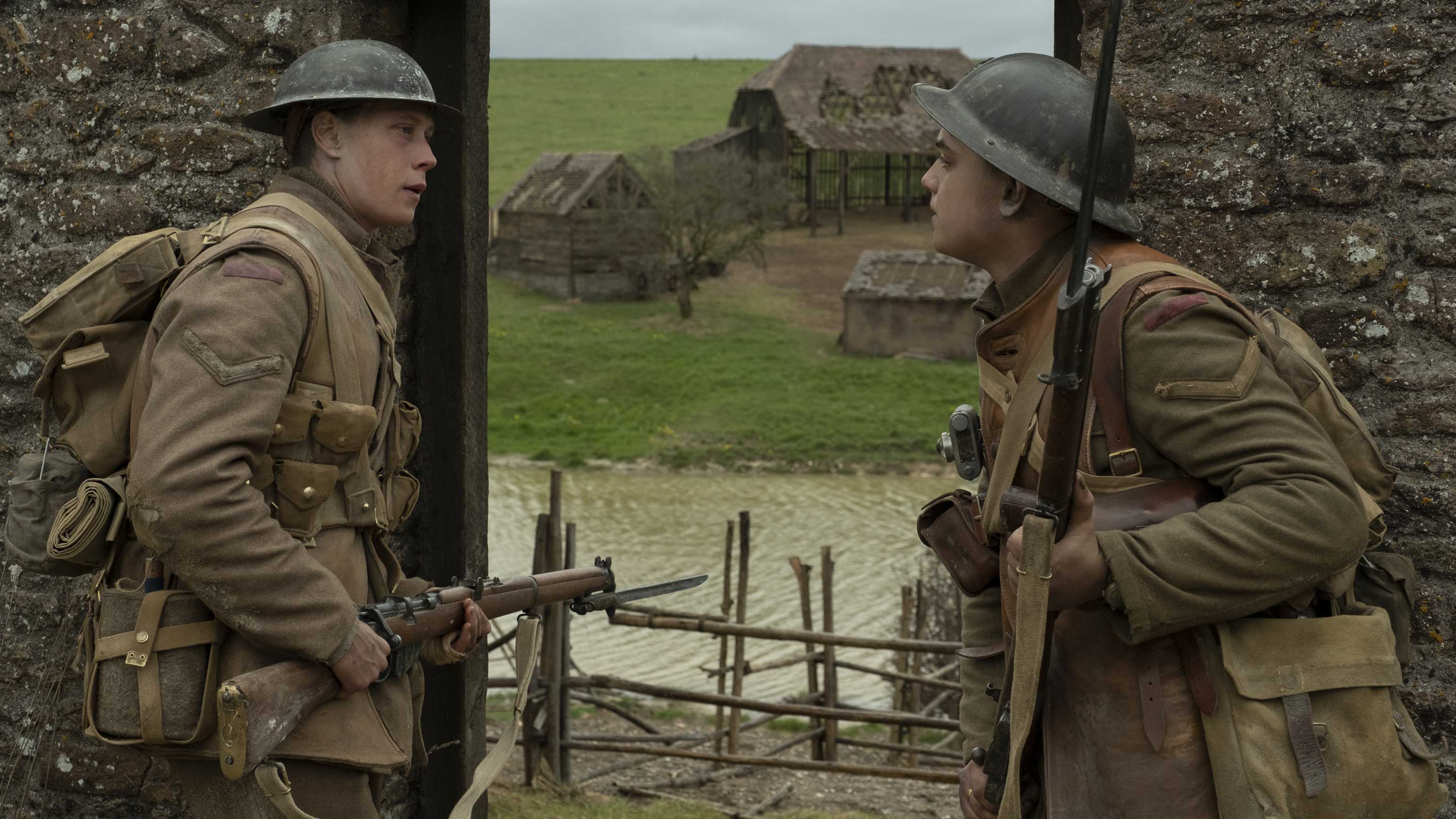 1917 follows two soldiers during World War 1 who are sent to cross dangerous lands to deliver a letter that will stop an attack. While it is technically a 2019 film, the worldwide release was this year, which is why I am considering a release during this time. I have already seen the film, and I can say it will probably be one of my top films this year, despite it only being 20 days into 2020. The plot is tense, the cinematography is excellent, and the few actions scenes are brilliant. 1917 released into all theaters on the 10th.

The newest game by Obsidian Entertainment is The Outer Worlds, a spiritual successor to Fallout: New Vegas that follows a quest to save a distant galaxy. The game does a good job at remaking the formula of older Fallout games, but doesn’t quite capture the magic the older games have. Looking back on the game, I think The Outer Worlds borrows too much from other games and other concepts to feel fresh, though there are a few smaller aspects to the game I appreciated. It’s a good one-of-those, though it doesn’t do much to go past that title. In the end, I gave the game a 4/5. 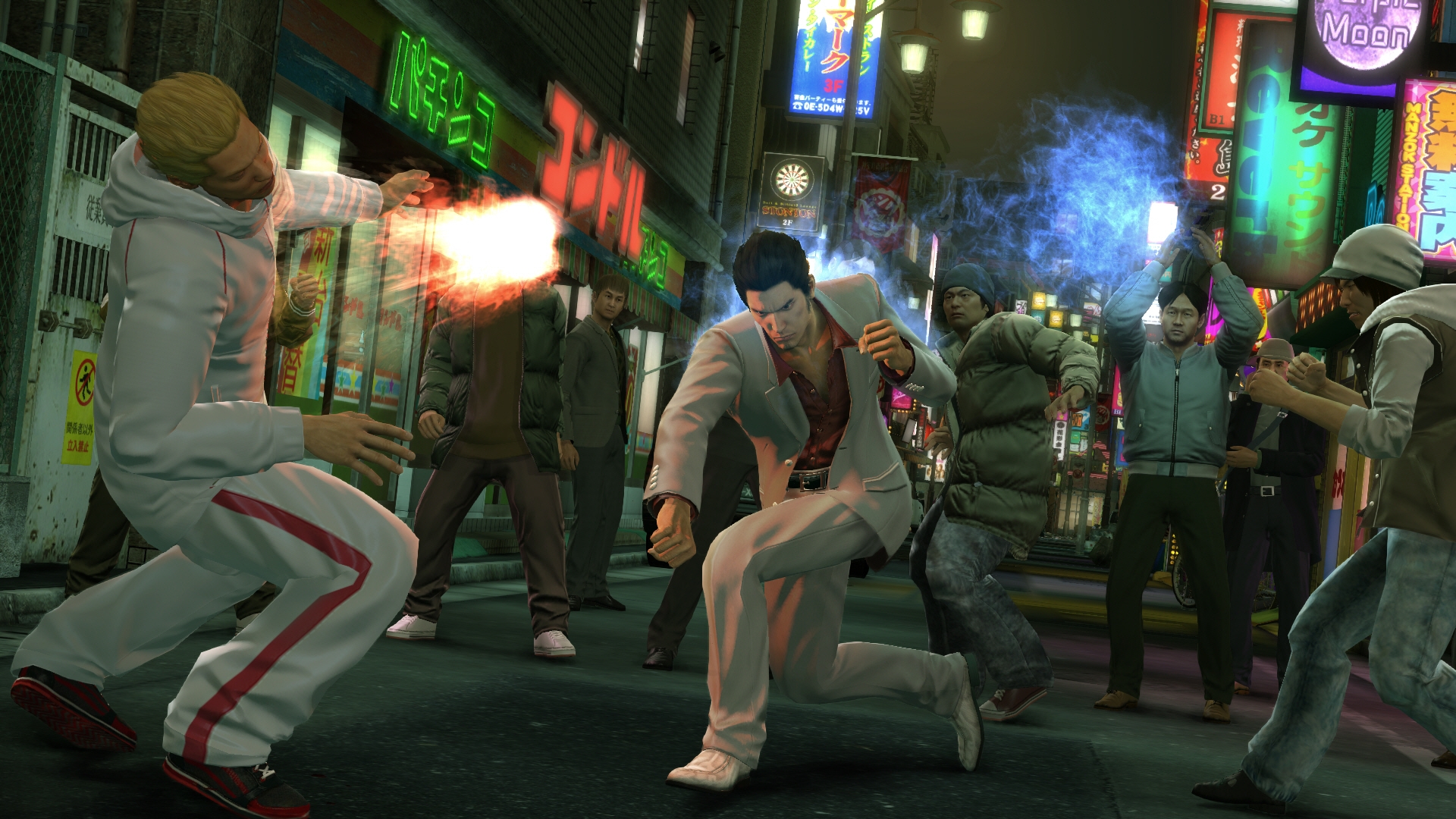 The rank is moving at a snail’s pace, but it is still moving nonetheless, which leads to this blog. Yakuza Kiwami is a remake of the first game and the second game in the series to be ranked. In many ways, this game plays similarly to the prequel, which I suspect will be seen with all of the other games in this series. There are differences in the story and gameplay, but they do not live up to the prequel. It’s a solid game, but it isn’t as great as Yakuza 0, so this game sits in the second spot on my rank.

Sleeping Dogs is an open-wold action game that follows an undercover cop in Hong Kong infiltrating the Triad. I am only five hours in as of writing this, but I am enjoying my time with the game a lot. The plot playing out on both sides of the law is interesting, the city is fun to explore and especially looks great while raining, the combat is simple yet fun, and I like the various characters in this game’s version of Hong Kong. The game is a little dated or a little underwhelming in certain spots, but I am still having a blast with the game. A review of the game will be up in the future.