2019 has come to an end, which means it is time to look back at the year and celebrate the games that released during this time. This year had no shortage of great games, but a top ten list can only have ten. So, here are my top ten games of 2019. But before that, some things to know about my list.

For starters, I didn’t play every release of this year, so any games you think are missing could be because I didn’t play it. I don’t consider games that went into early access this year, but I do consider games that came out of early access this year, even if I played them last year. Finally, I have reviewed most of the games on this list, but my reviews do not affect the games I have chosen or where that game lies on my list, though they are good places to see more in-depth thoughts on a game. So, without further ado, let’s get into the list. 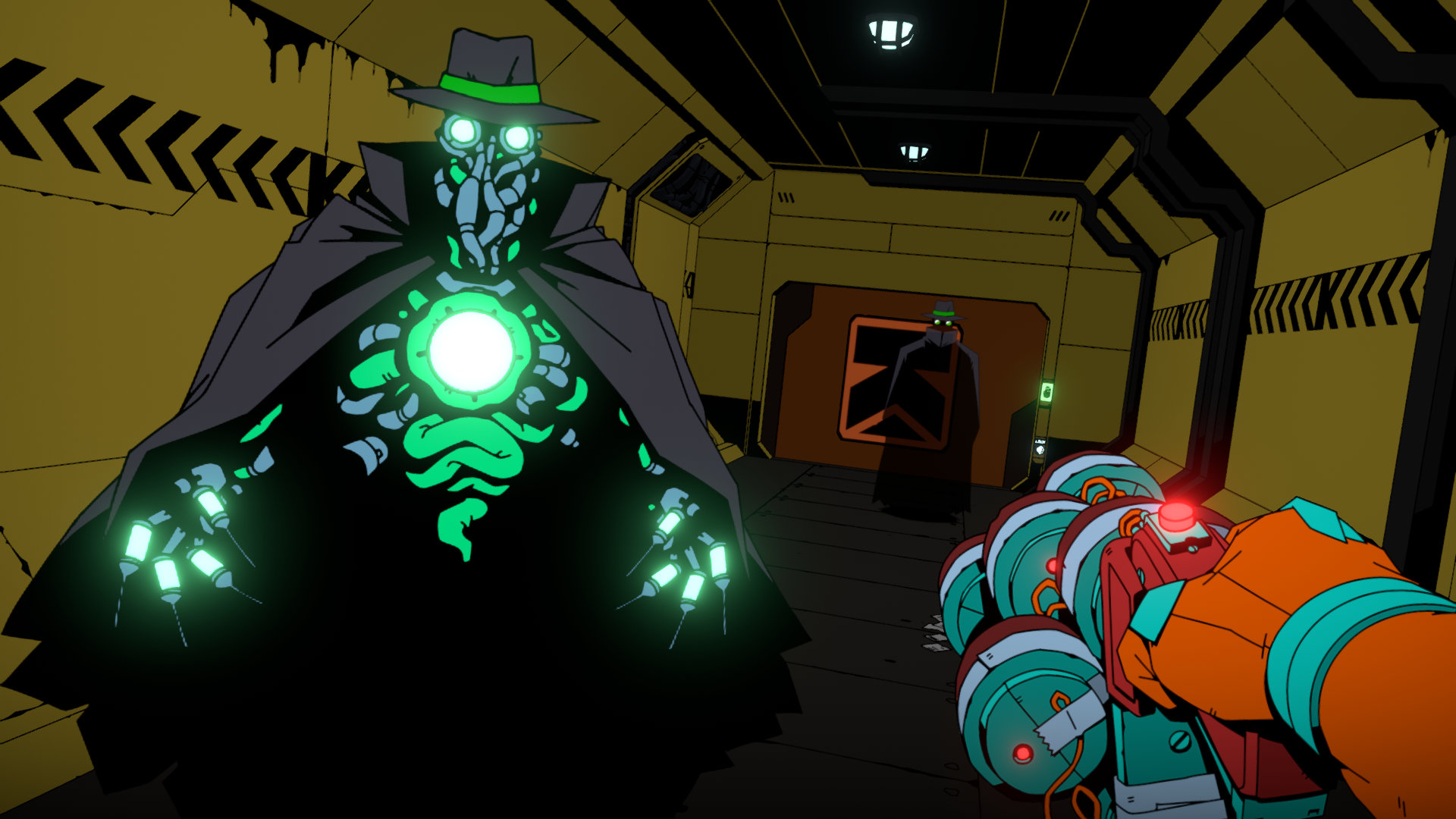 Void Bastards, the FPS space rogue-lite about prisoners hopping from spaceship to spaceship, takes the number ten spot. While it isn’t perfect, this game has a lot going for it. The gameplay loop of entering ships and looting them dry is simple yet satisfying. The combat is a lot of fun, as for there are unique weapons to use and multiple ways to take on enemies. The comic book art style looks great, and I think it blends well with the quirky world and characters this game presents. This game wears its Bioshock inspiration on its sleeve, and I had a great time looting and shooting my way through space. 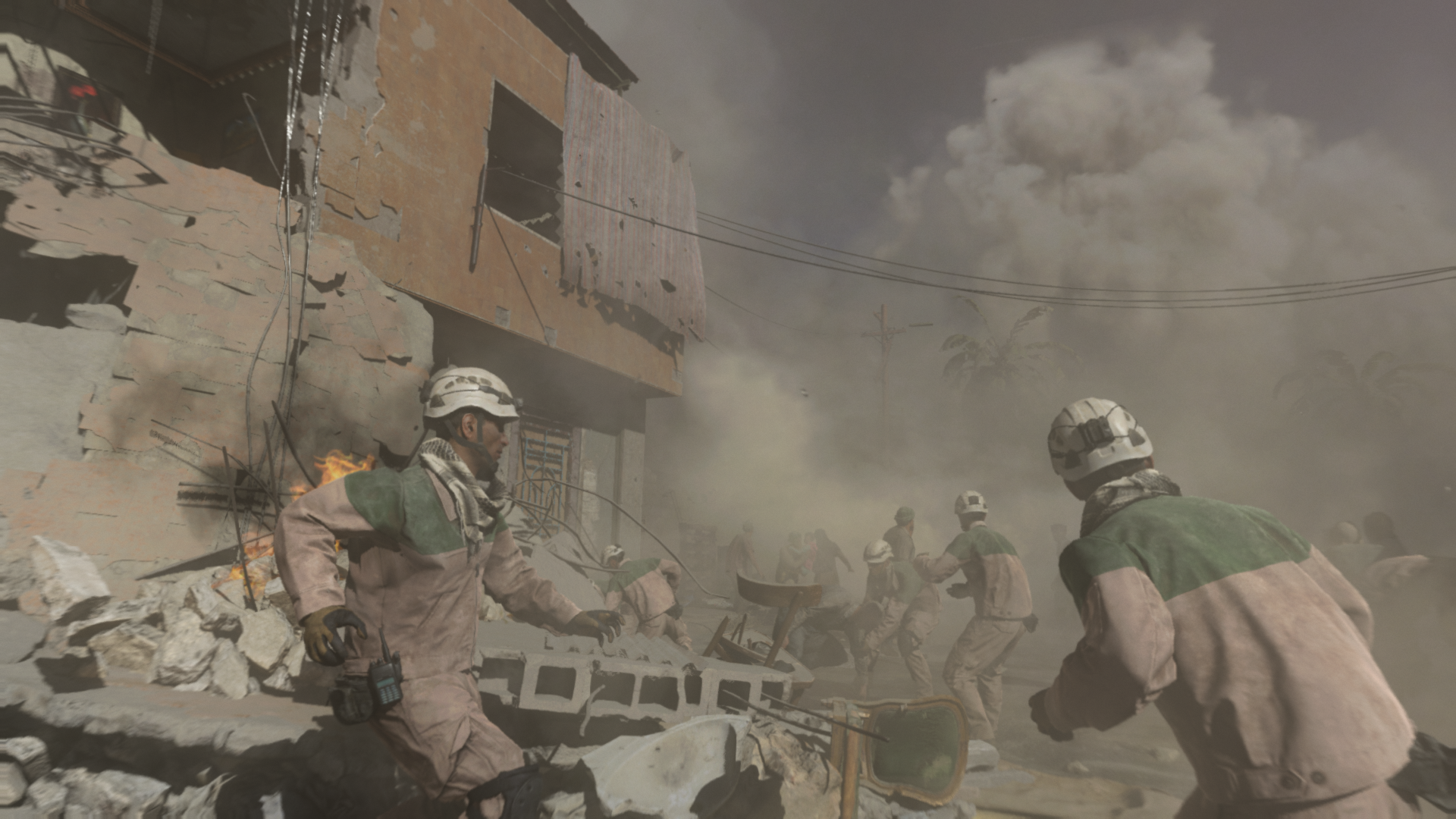 This year is Infinity Ward’s turn with the Call of Duty franchise, and they decided to take things back to the modern with Call of Duty: Modern Warfare. Call of Duty is the one series that keeps dragging me back in, and every year I debate even putting these games on my top ten lists. While this game does have some glaring flaws, I think Modern Warfare is the best Call of Duty this generation. The game’s new engine feels great, the copious amounts of weapon customization and leveling are right up my alley, and the new multiplayer modes are a blast to play. Modern Warfare is the Call of Duty title I would most likely return to after its year is over, and I hope the game is supported in that way in the future. 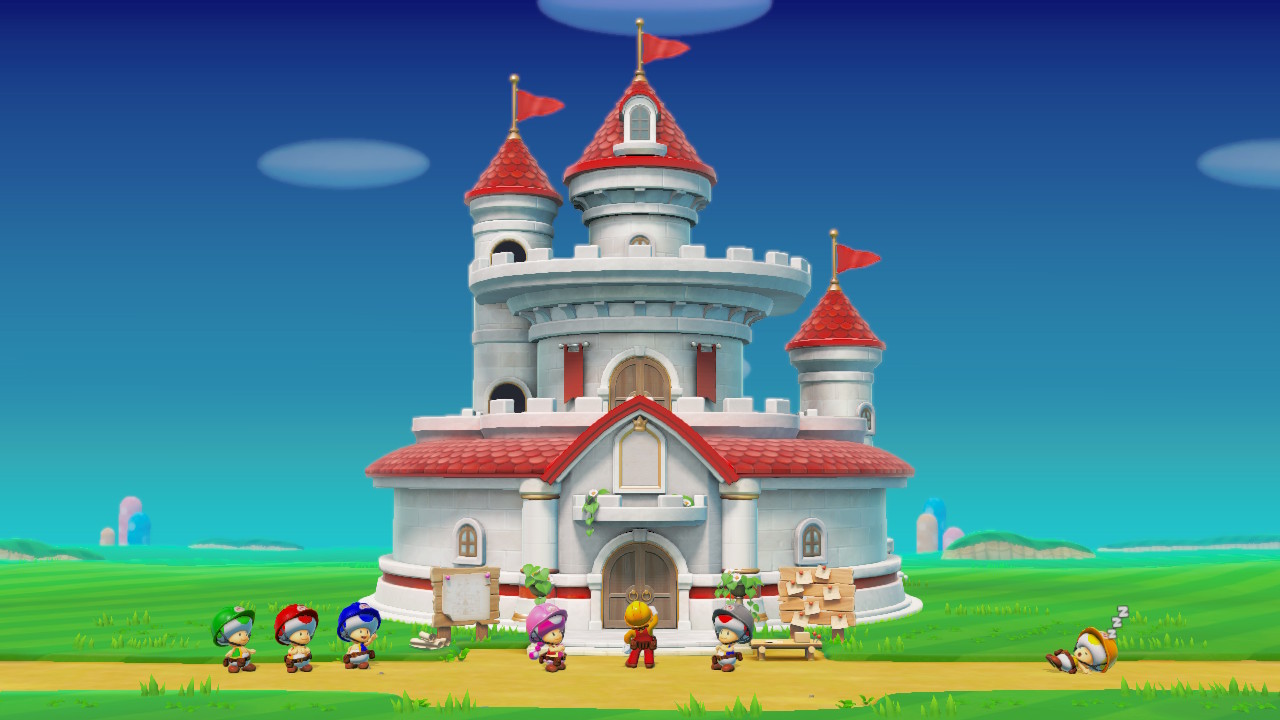 While the Wii-U is considered a lackluster console, there were a few notable titles that released on that system. Of all the noteworthy titles, the one I heard the most love around is Super Mario Maker, and now I can see why. The tools offered offer a lot of creativity, and the levels I have seen created by users are incredible. I’m not a fan of building levels, but even I found building levels a lot of fun in this game. Games that rely on user-created levels can be hit-or-miss, but I think Super Mario Maker 2 is a great addition to the Switch library.

7. Remnant: From the Ashes 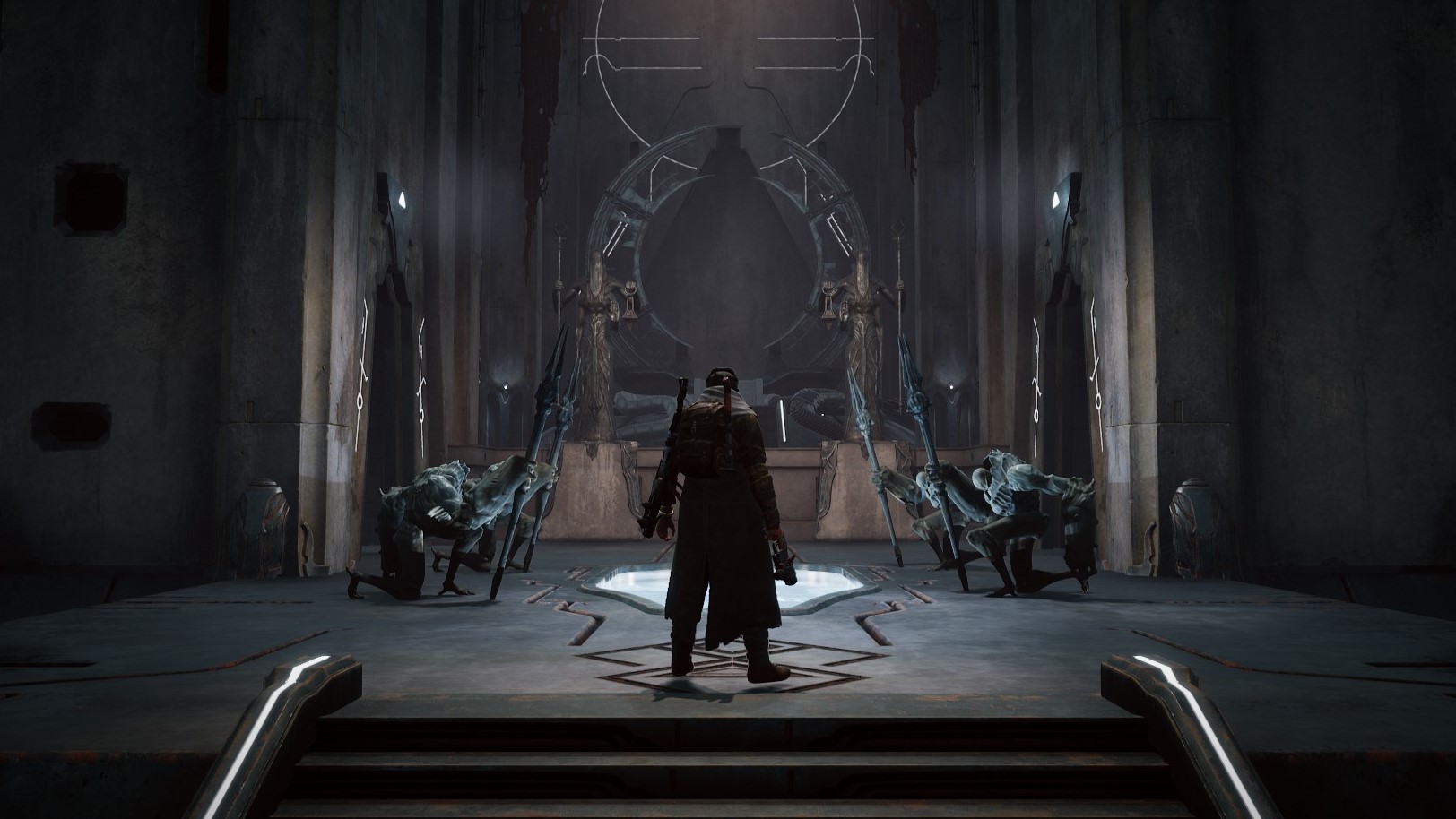 While I wouldn’t say any single aspect of Remnant is unique or new, its combination of inspirations feels fresh. It has the level design of Diablo, the combat of Dark Souls with guns, and the monster-based crafting of Monster Hunter, all rolled into one. It feels like a game that could’ve easily failed trying to blend all of these inspirations together, but didn’t. The combat is challenging yet fun, the shooting is tight, and the randomization mixed with the grinding gives just enough reason to go back. Plus, the idea of entering a friend’s world and getting a boss I may not have in mine sounds promising, though one I sadly didn’t get to use. Remnant is a surprisingly competent and fun shooter that feels both familiar and new. 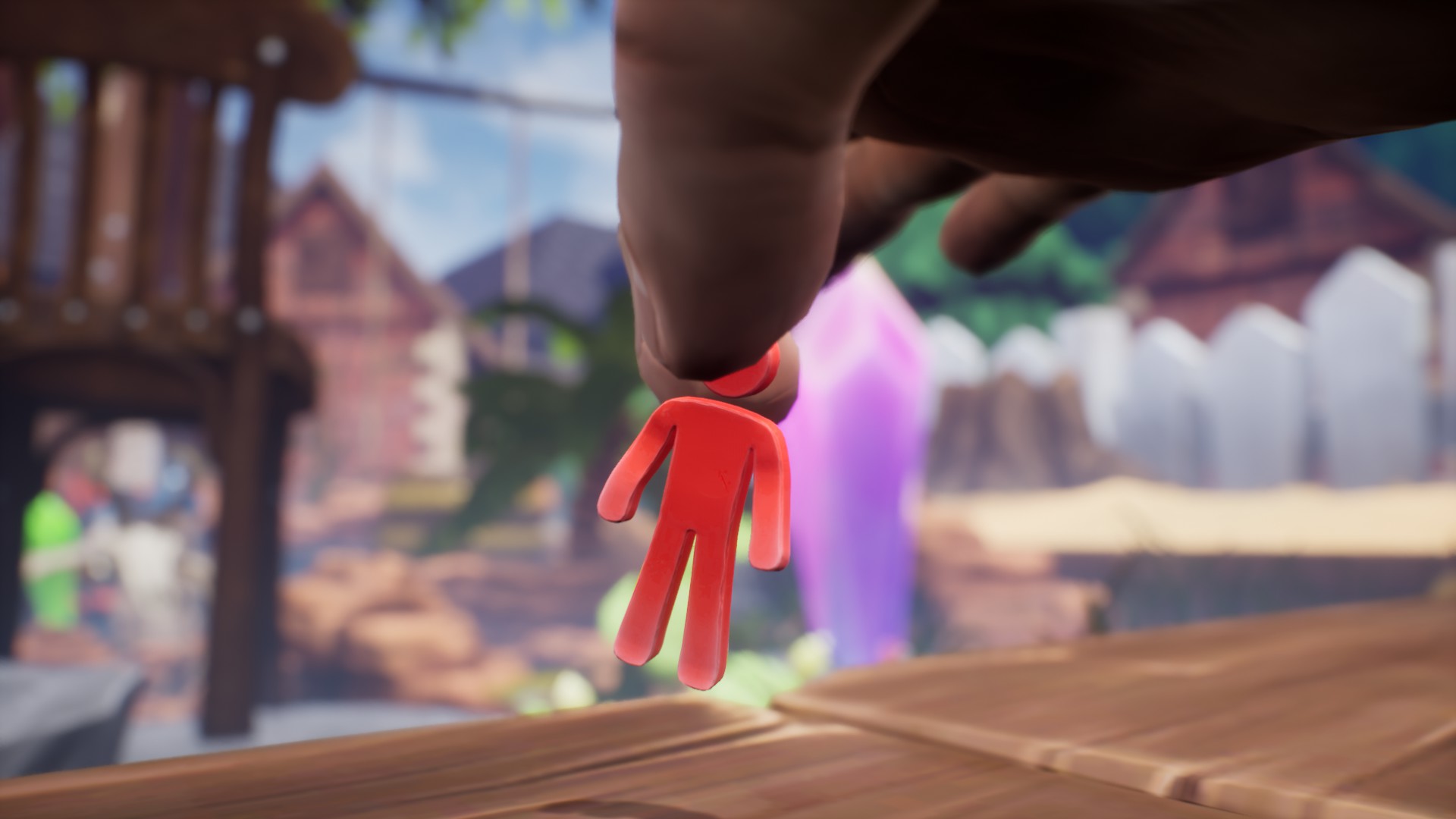 Speaking of games with inspirations, Supraland is another game full of them. The game has the puzzles of Portal, the exploration of Zelda, and the level design of Metroid, and all of it takes place in a literal sandbox full of red and blue clay people. While nothing in the game feels particularly new, I found the game’s incredible world design and puzzles to be amazing. This game finds a way to make the most out its few tools and world, and I found myself more than once sitting back in awe at how deep and expertly crafted this game can be, especially considering this game was almost entirely made by one person. Supraland is a great indie game I hope more people get to play. 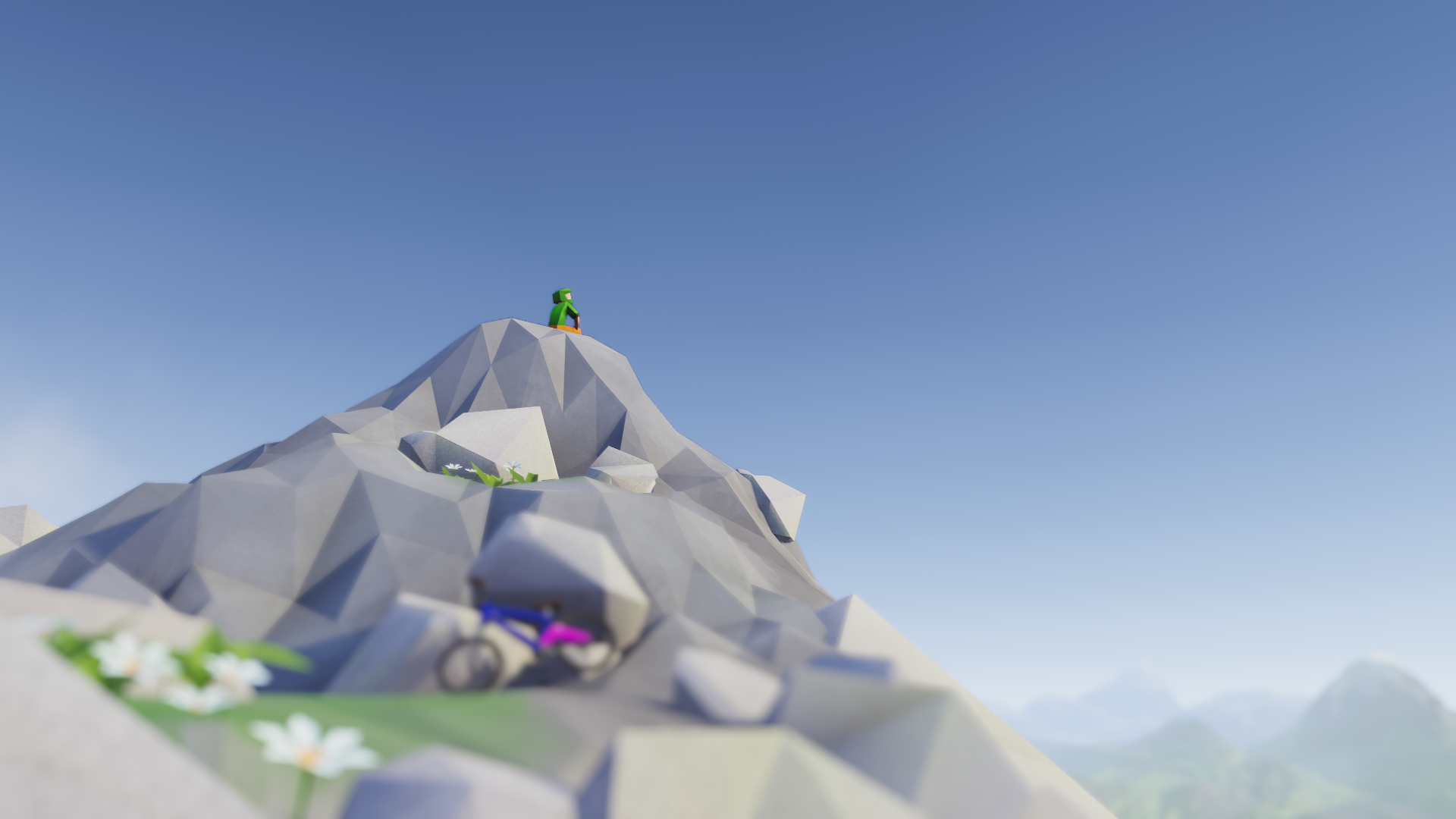 Games have gotten more complex as time has gone on, but sometimes it is good to take a step back. Simplicity can sometimes be a game’s beauty, and that is exactly what Lonely Mountains: Downhill capitalizes on. The game simply tasks you with biking down a mountain, and you don’t even have to follow the path carved out. This game strips away the clutter and leaves a pure biking experience I found relatable to my climbing experiences. Whether it be strolling down the main path or trying out shortcuts for a faster time, Lonely Mountains: Downhill is an enjoyable time and a hidden indie gem. 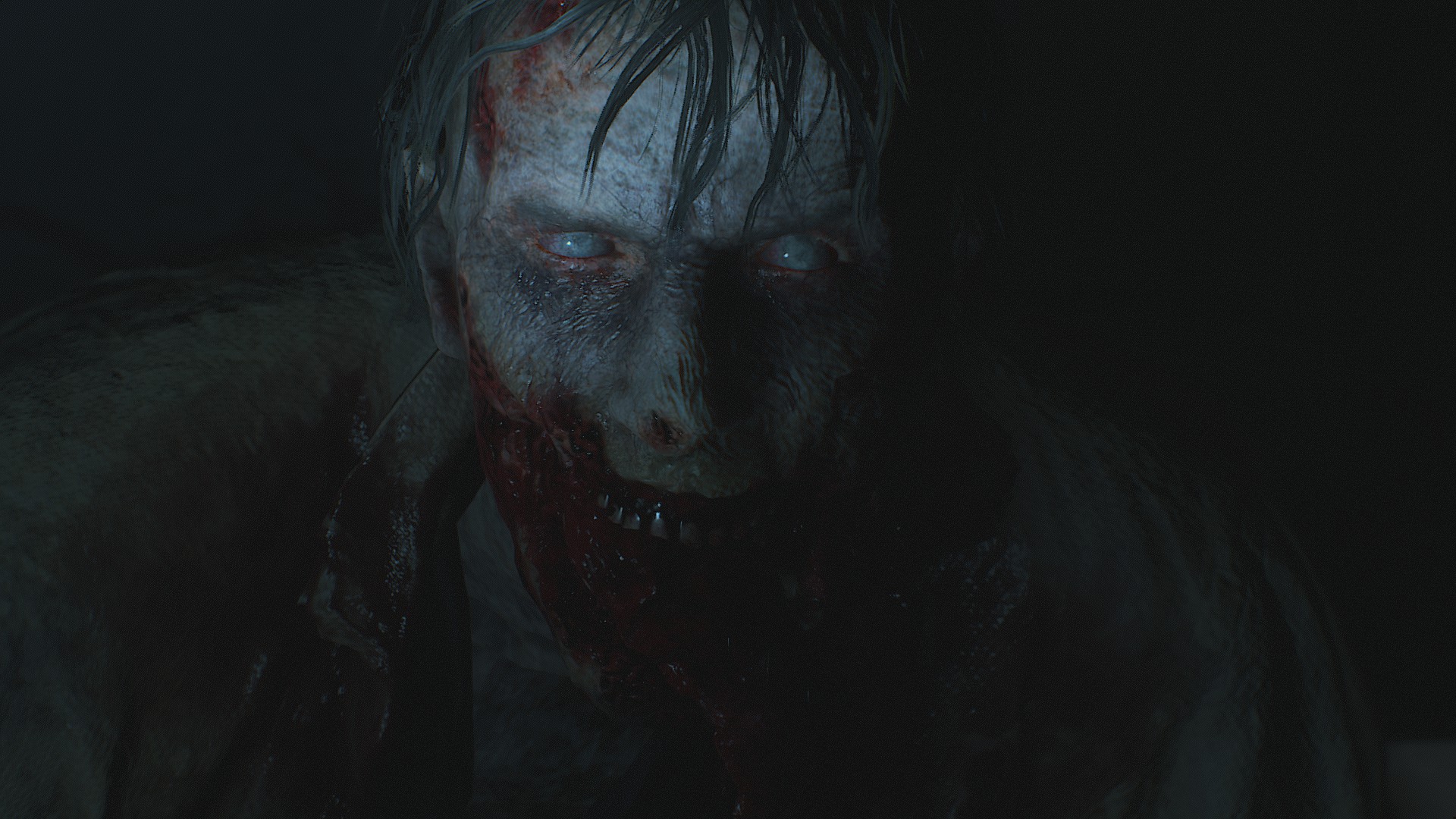 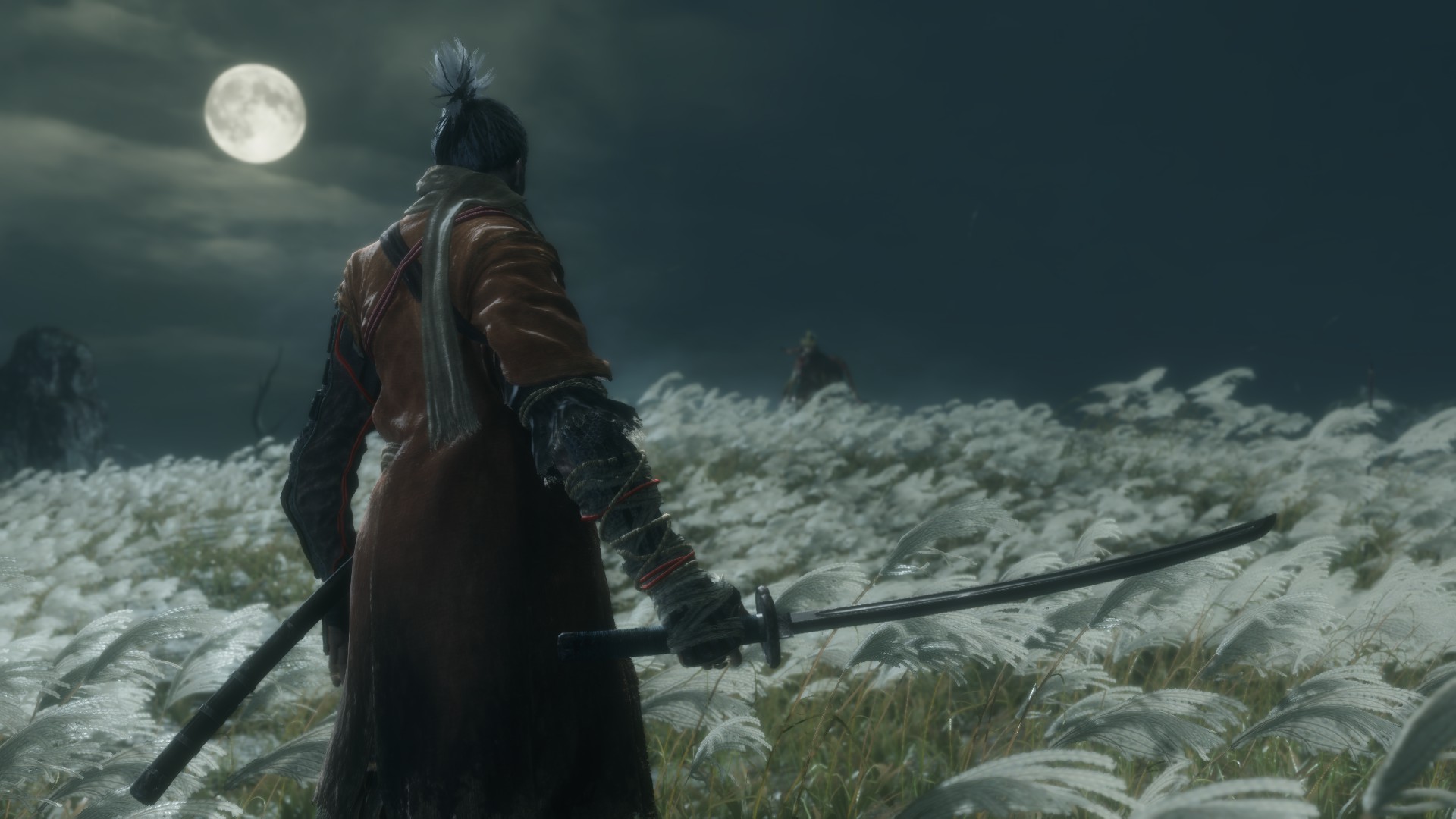 While I am not done with the game yet, I think I have enough hours in it to safely say it is a game I played this year. While I do enjoy Souls-like games, I never found Dark Souls to be enjoyable for me because of its lack of direction and overwhelming mechanics. Sekiro feels like From Software took the Souls formula and modernized it, adding in great platforming, stealth, and combat that focuses on parries more than dodges. Plus, I think a lot of the complexities of their older titles are much more streamlined here, and I am having a much better time because of it. I still have some more hours to put into it, but Sekiro is one of the best Souls-like games I have played to-date. 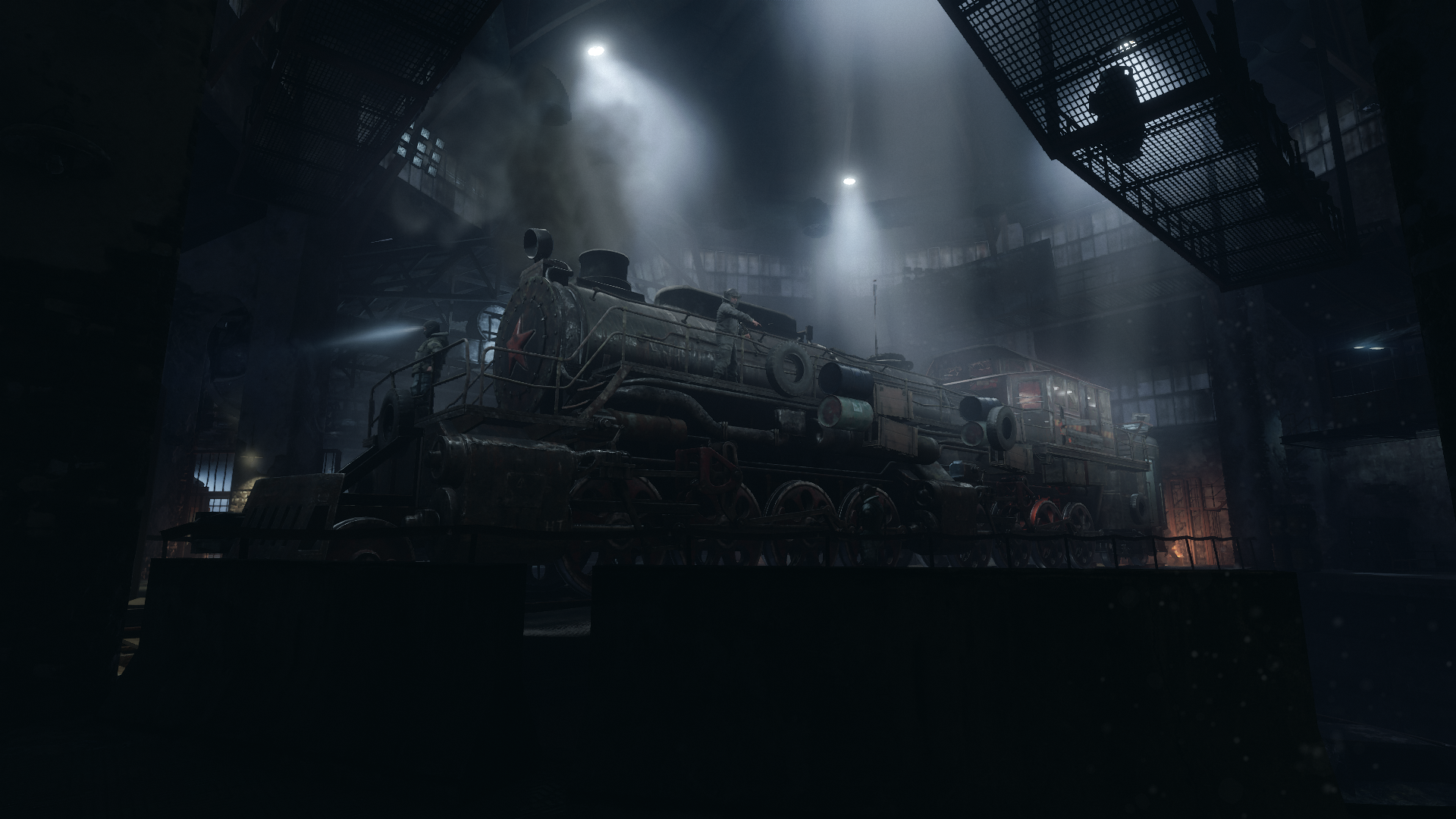 Metro is a divisive series, but one I love. Early on in the year, the adventure of Artyom concluded in a train ride across Russia, and it is one I have not forgotten. While I love the underground society of Moscow, I think the various settings explored in Exodus are great, and they present different ways people endure the apocalypse. Through both little moments and big, Exodus presents friends who try to find happiness where they can and foes who feel justified in their actions, and this game something I feel other apocalyptic stories don’t get: human perseverance. For those reasons and more, Metro Exodus takes the number two spot on my list. 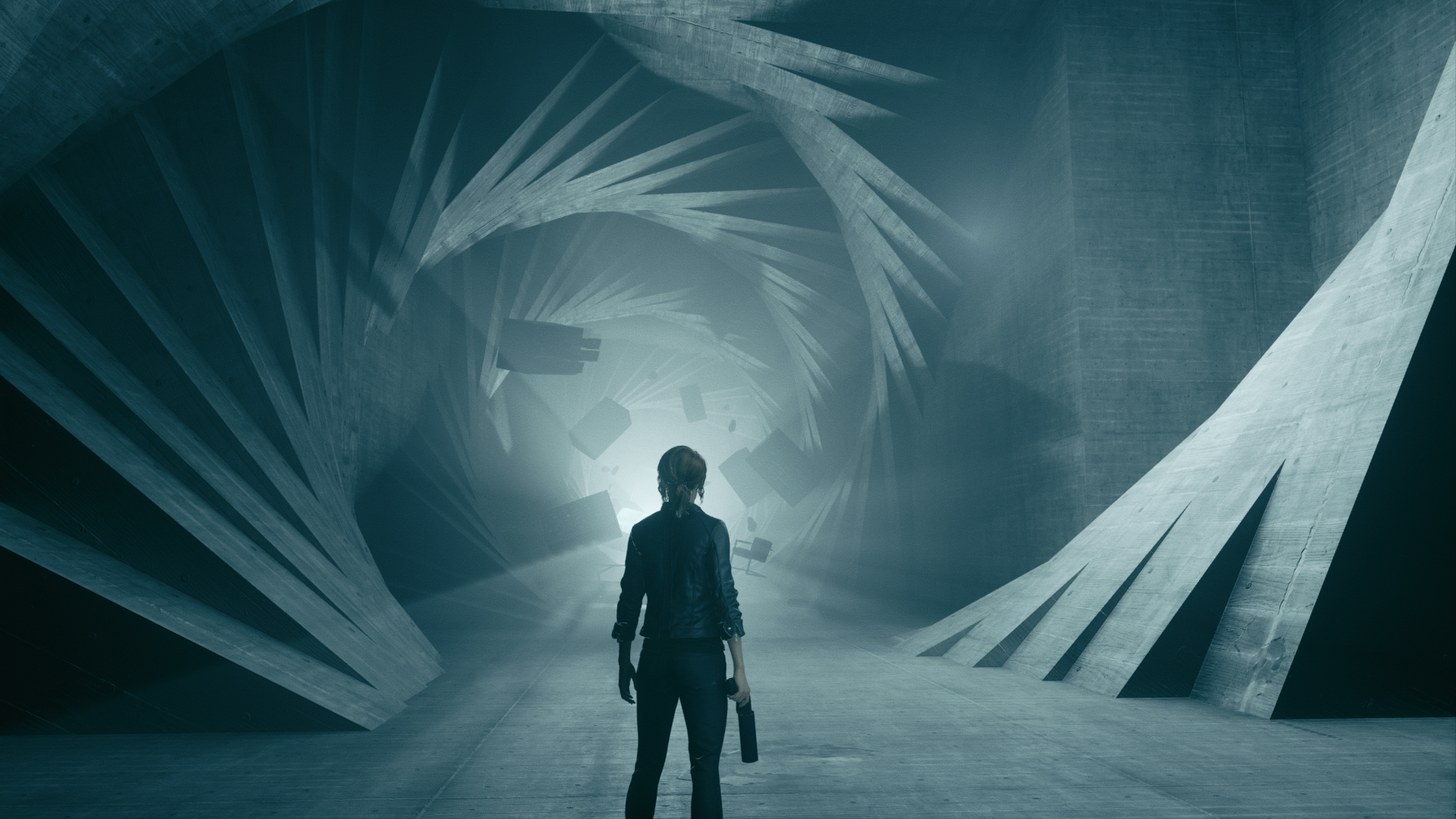 The moment I stepped into the Federal Bureau of Control, I knew this game was unlike anything I have ever played. Control has the most intriguing world I have ever experienced in a game, and it’s that intrigue that kept me enthralled. I can’t get enough of this game, and I even found myself seeking out and reading every piece of intel and every collectible I could find. On top of its interesting world are equally interesting and puzzling characters, fluid and fun combat, and a story with an interesting past. Control is one of the most intriguing and interesting games I have played this decade, and it is my top game of 2019.