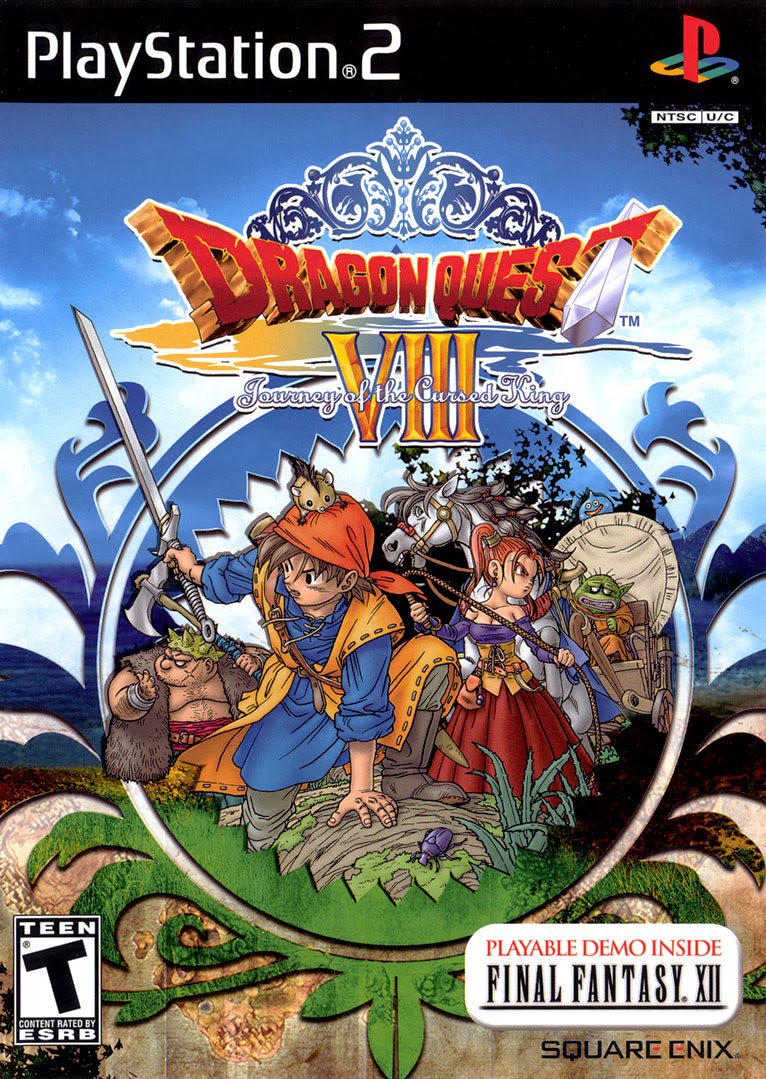 My older brother saw this tempting deal and bought Dragon Quest VIII and my life was never the same.

Okay, maybe a week later my life was never the same, as my older brother had moved out by this time and it took a while for me to learn that he bought the game. I would hang with him at his apartment sometimes and would borrow PS2 games as he finished them. I borrowed games like Star Ocean and Metal Gear. One time when I went there I saw Dragon Quest VIII. I was already a dork about dragons by this time, so the name of the game immediately captured my attention and I asked my brother about it.

Without hesitation, my brother told me that I could have it. He had tried the game and hated the super traditional JRPG gameplay. Dragon Quest was not for him in the slightest. To be fair to him, the game starts off very slow, and unlike Final Fantasy's dynamic battles and changing camera angles, the battles in Dragon Quest VIII are very static, almost 2D. The game simply didn't hold his interest. He had been excited to try it, as he had even bought a strategy guide with the game (which he also gave me), but he couldn't keep at it.

It's hard for me to overstate how much I love this game. I immediately fell in love with the Toriyama art style (since I am also a big fan of Dragon Ball Z) and the voice acting. Evidently, the Japanese version of this game didn't have voice acting until it was rereleased on the 3DS a decade later. The best part about the voice acting was everyone had british sounding accests. Yangus, the gruff ex-theif and best pal to the main character, has a thick cockney accent that I couldn't get enough of. He called the main character "Guv" and anytime he was surprised by the cursed King Trode, which was often, he'd jump to the side and yell "Core Blimey!" I loved it all. I pulled out my copy of Dragon Quest VIII on the 3DS in order to play through it again for this Band of Bloggers prompt and I still love the game. I still love Yangus and his silly accent, I still love exploring the world map (even more so now that there are no random encounters) and I still love experimenting with my characters skill points. I wonder how my tastes in video games would have been different if my brother had just sold the game back to Game Stop instead of letting my try it out first. Playing Dragon Quest VIII and experiencing it's classic gameplay made me seek out as many old school JRPG's as I could, and a lot of my gaming preferences were solidified by this single game. Would I have drifted more towards action packed games like my older brother eventually did if he hadn't given me this game all those years ago? Who knows, but I do know that that simple gift, given so casually by my older brother, became my favorite game and showed me my favorite series.