Parasite Eve II is an action RPG with survival horror influences developed by Square and published by Square and Square EA on the Playstation in 1999-2000. Following the New York incident in the first game, Aya Brea has joined the FBI's MIST unit created to hunt Neo-Mitochondrial Creatures (NMCs) left behind by Eve. She gets called out to help a SWAT team in Los Angeles, where she runs into NMCs that can take human form and seem to be controlled from a distance. To solve the mystery, Aya follows the monster trail to the remote desert town of Dryfield. 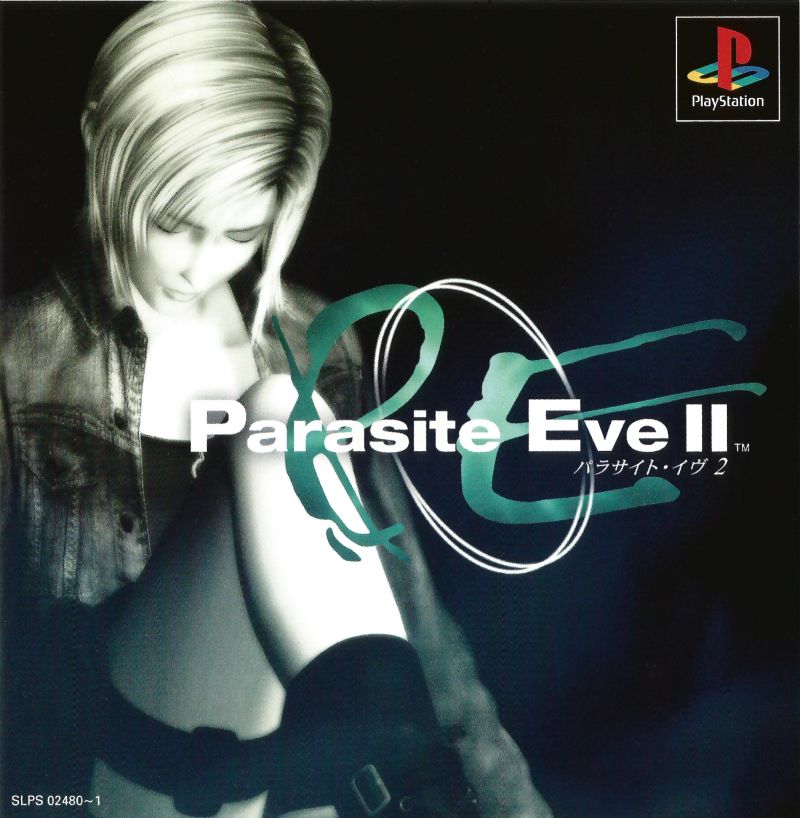 Dry Is Right, Someone Add Some Life To This Narrative

The thing that separates the story of PE2 from PE1 the most is the fact that close to all elements of the sci-fi is already established. You know who Aya is, what her powers are and you know what Mitochondria does. As such, even with the weaponised NMCs being new, they lose a lot of punch. It's a lot like how the monsters in Resident Evil shift from unknown monsters to well-known BOWs. Which isn't surprising, seeing as the game is written and directed by the writer of the original Resident Evil and thus has a similar structure.

It's not a bad structure to have you mess around in the first half and get explanations in the second one, but I must confess that exploring Dryfield really isn't that interesting outside of the gameplay part of the experience. There's just so little plot development happening outside of the game hammering home just how wrecked the place is thanks to the scourge of NMCs there. PE2 is a lot more grounded than PE1 as well, so there aren't any bananas set pieces to offset the more talkative bits. I was really missing some voice acting or some more memorable dialogue. It's all so dry and matter-of-fact without much character.

Now, things improve in the second half as the stakes are raised and Aya gets more personally invested, but without a central villain like Eve to tie it all together, the finale doesn't reach its full potential (even if the final boss is cool). I like it well enough, especially since everything that happens feels very in-line with who Aya became at the end of the first game. Of course she'd act like a professional. I have to give props to them for not just resurrecting Eve and calling it a day as well. I just wish that things held together a bit tighter and that the supporting cast was a bit more interesting. 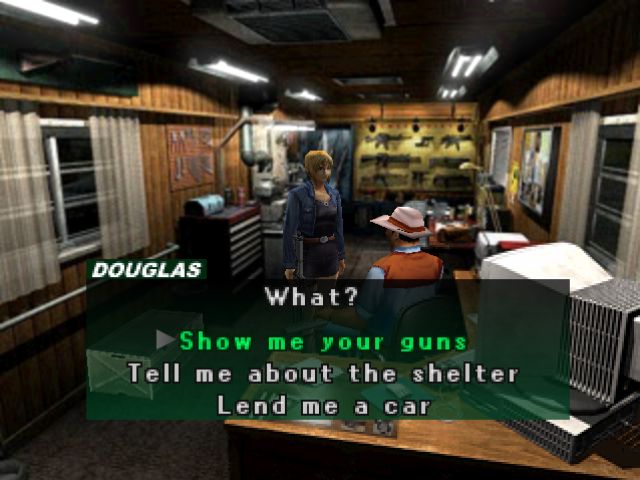 Wow, What A Town

In keeping with the addition of the writer of Resident Evil, the game is more open than the first one and uses a wider range of camera angles for its pre-rendered environments. As such, you could just call it a Resident Evil clone and leave it there.

Obviously, there's more to it than that. I'd call it RE-lite, since key items used for puzzles take no inventory space and you're incentivized to kill every monster you come across. Basic ammo is plentiful and you're rewarded with money and exp for every kill. Winning a battle even regenerates MP. As such, it's less about surviving and more about efficiently conquering areas bit by bit.

It's pretty satisfying to clean out the map, save for how easily your inventory can clog up due to the sheer amount of stuff there is to find and how easy it is to save up items if you use magic well enough. The fact that you can't consume consumables in the post-battle pick-up screen to make room and instead only discard stuff annoys me. To combat this, you of course need to leave items in unconnected item boxes and backtrack to get them when needed. It works, but with how plentiful ammo is, the survival horror framework feels a bit like an afterthought. Especially since they made an effort to streamline it, so why they didn't go further and focus more on the combat in order to improve the pacing is beyond me. 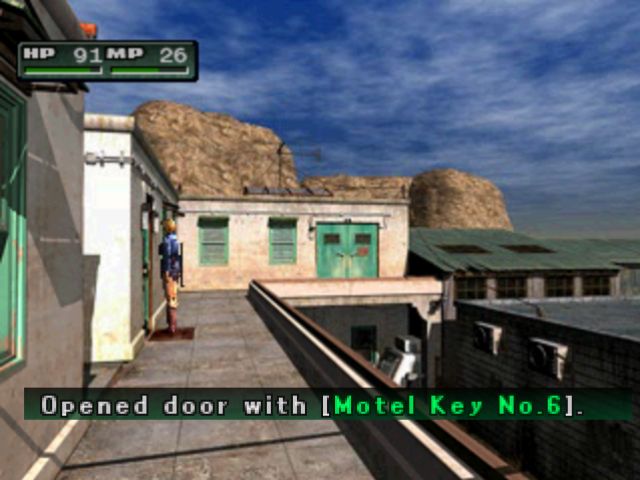 Who Needs A Magnum When You Have Pyrokinesis?

While the the game feels a bit lazy outside of combat, there have been some interesting decisions made in order to change how Resident Evil combat works by mixing it with elements from PE1's combat. The end result values strategy and execution over just carrying enough ammo.

Aya is controlled via tank controls, as one would expect, since the birds-eye view of PE1 is gone. Battles are still executed in their own separate "combat state" like in PE1 though, but there are no random battles. As such, you can actually sneak up on some enemies in order to get a few potshots on them. Consequently, you can bumble into enemies hiding beyond the reach of the camera unless you're being cautious and checking using Aya's lock-on.

Once a battle starts, Aya can use all of her abilities, starting with a very useful lock-on system that displays damage done, what you're aiming at and even lets you swap targets without major hassle save for a breed of flying enemies that can cause the lock-on to become confused. The gunplay is exactly what you'd expect, as it's all a matter of prioritizing targets and running to create room or dodge attacks.

One interesting thing the game does in order to limit your survivability is the attachment system. While you're allowed to carry 20 items, you can only use the ones you attach to your armor in combat. While it can be annoying to forget to replace items you use, it is a nice little compromise to bring it closer to Resident Evil while still having a large variety of items to carry and pick between. 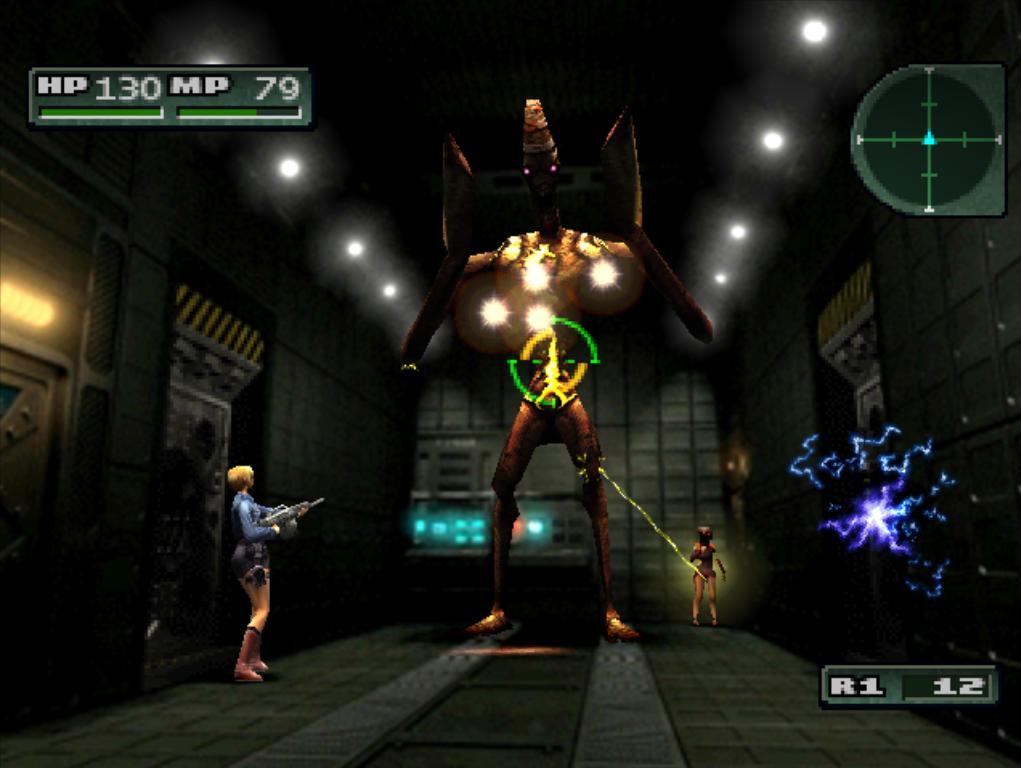 Healing items used in combat often have a lessened effect, so healing outside of combat is the optimal option should you want to risk it. There are also special items to equip with hidden support effects should you be willing to fill out a slot. You can also attach support items that stun enemies or different guns to switch to. Swapping guns isn't an issue, but the game is a bit awkward when it comes to the different ammo types in combat.

First of all, you need to remember to load the guns so that you aren't just bringing an empty gun with you. In order to manually reload or swap ammo, you need to attach that as well. I see the logic of having access to more kinds of ammo and being able to reload before your magazine is empty cost more slots, but it brings about a bit of awkwardness that annoys me. If you load a gun with one ammo type and attach the other ammo type, then if you load the other in combat, you completely lose access to the first kind nless you've also attached that type of ammo. I'd have preferred if there was just a manual reload button and bringing extra ammo let you swap between your current and extra types freely, perhaps at the cost of greater reload times.

That's the gunplay, but what really makes this game exciting is the magic system. Gone is the ATB system and Final Fantasy spells, instead replaced with a new set of spells of different elements with their own cast times. There are 4 elements, with 2 basic spells per element and one super spell that's unlocked by upgrading the other two. 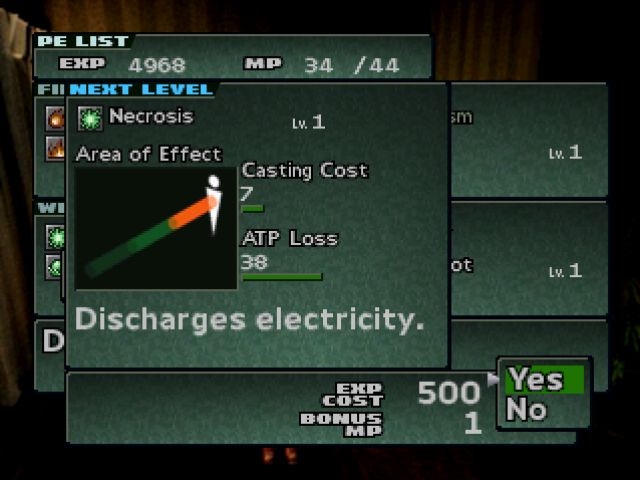 What I like is that the spell menu pauses the game and shows you the AoE of the spell, making it easier to plan and guess if you're far enough away to cast it successfully. Another nice thing is that while Aya's MP is pretty low, spells are pretty powerful and you can recover a decent amount of MP after winning a battle. This really incentivizes you to actually use the damn spells, which is very important in a game sort of built around conserving resources. Since there aren't many spells, there are only so many weaknesses enemies can have, meaning that figuring out what spell to use to shut them down barely takes any guesswork. And once you do figure out a boss, it's very satisfying to just bring them close to death using only a single MP bar's worth of magic. They even made the poison spell good! Who does that?! That's right, almost nobody!